THIS is the shocking moment a man pulls out a giant knife and cuts off a woman's thumb in a street row.

Horrifying footage captured the brawl in the middle of the day – before the woman was left with blood pouring from her hand. 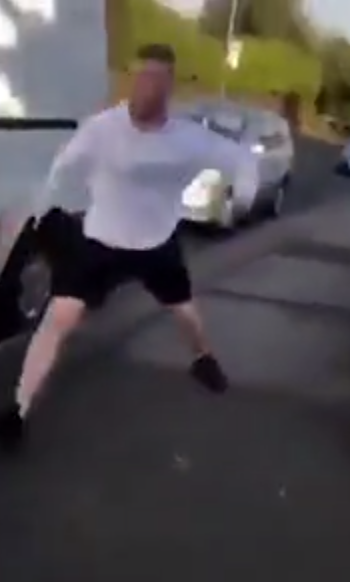 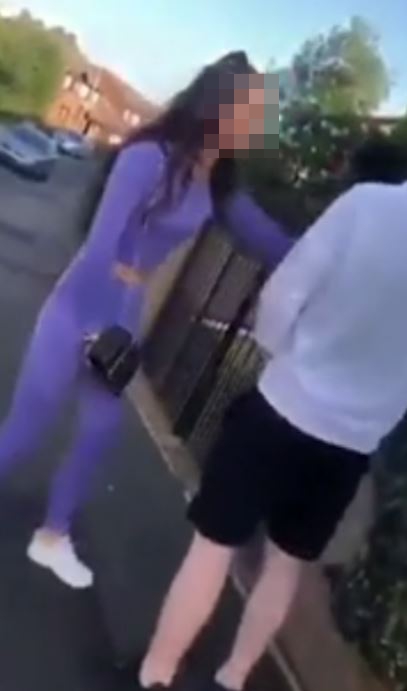 Part of her thumb was slashed off after the man produced a huge blade from his shorts.

Horrified onlookers recorded the fight, before the man lunged out at the woman and left her with half a thumb.

It is thought to have been filmed in Middleton, Manchester, with the reason for their violent row unknown.

The clip begins with the woman, in a purple tracksuit, shouting at the man, dressed in a white hooded jumper.

The man responds: "I looked at the window because he walked past."

She replies "listen, listen, don't, f***king listen" before punching the man, who then pulls out the knife.

He says "what's good you f***ing little muppet" and slashes out at the woman's hand before threatening to stab her.

He added: 'I'll stab you now you little muppet.'

As he walks into a nearby garden the woman walks after him shouting: "I'm ready.

"All I've got is a duster and a chain. I'm ready. Ready when you are."

She tells the person filming to keep going as she seems unphased by the shocking injury.

A picture of her hand posted online showed the top half of her thumb sliced clean off.

The Sun Online has approached Greater Manchester Police for comment. 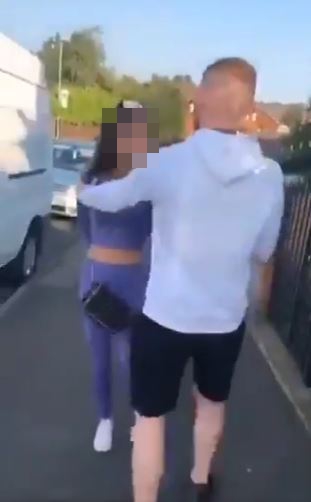 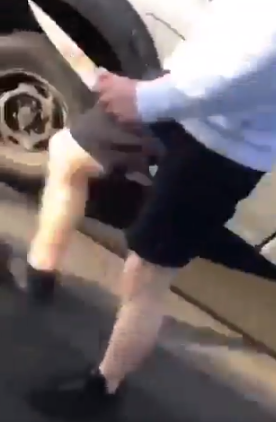 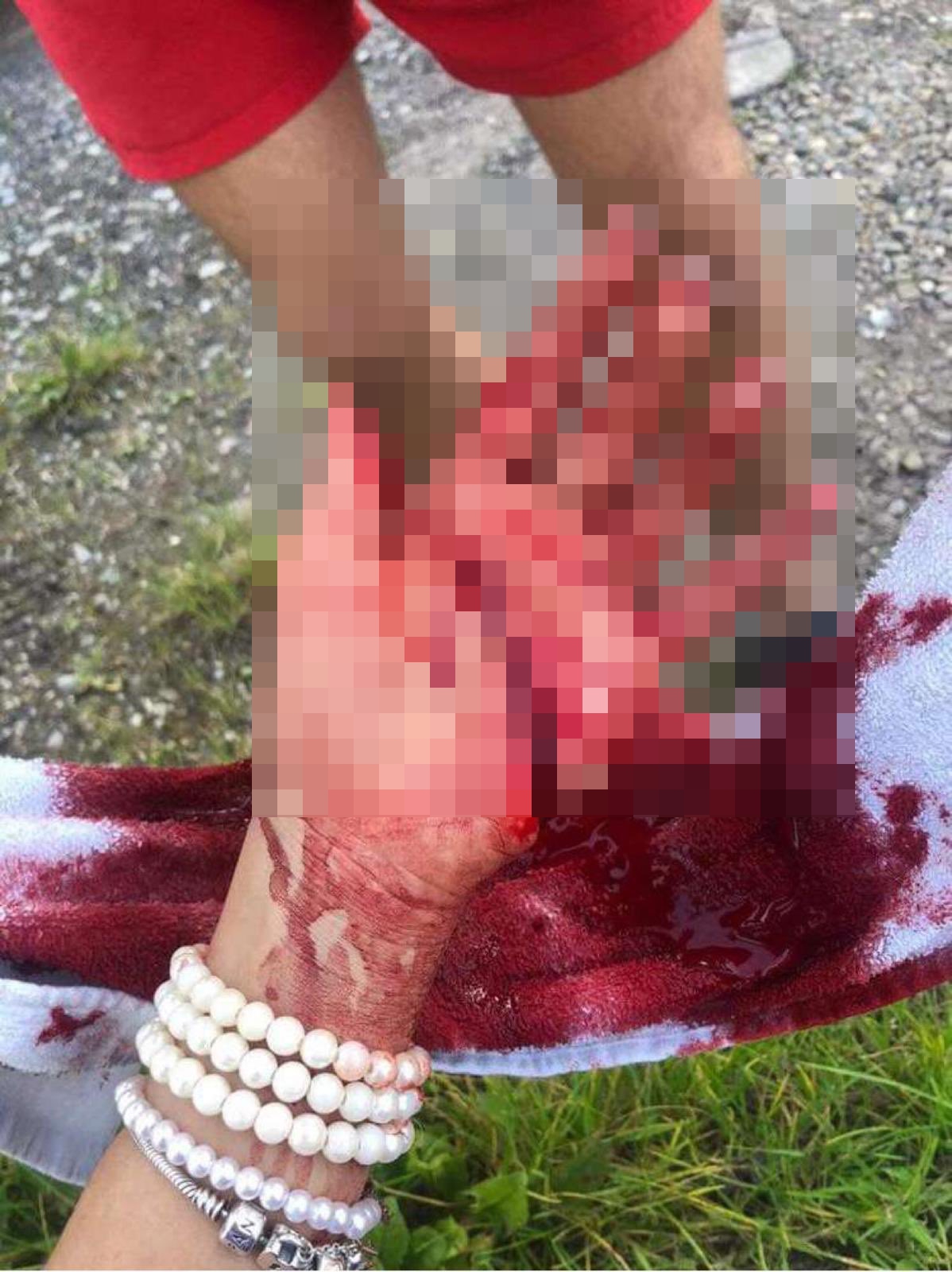 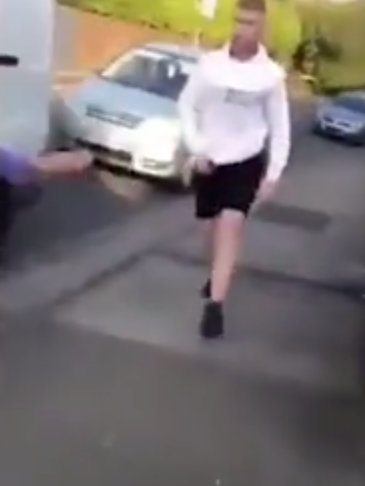