THE shocking moment a driver ploughed through protesters who surrounded his SUV was captured on video.

Disturbing scenes erupted at a protest in Paradise Valley, Arizona, where demonstrators were calling for justice over the police killing of James Garcia in Phoenix on July 4. 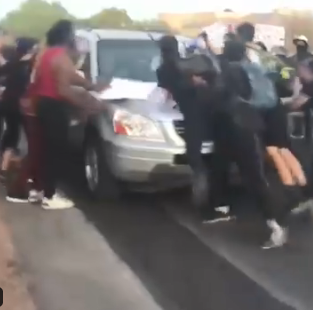 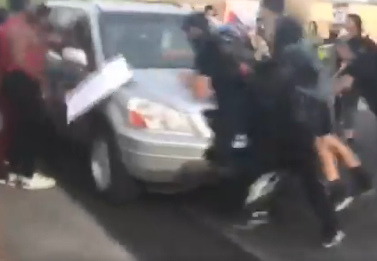 No one was injured, according to reports, and the driver later told News 12 that he was "nervous" after protesters shut down the road he was driving on and began climbing on his vehicle.

The video shows the driver, who was identified only by a first name, Diego, driving slowly through the protesters initially with some directly in front of his car. He then takes off once all of the protesters are out of the way.

"Somebody decided to hold up the road. I was being polite, and people were starting to get on to my car," he said.

"Somebody tried opening my door and then they started throwing s**t, so I got nervous," he added. 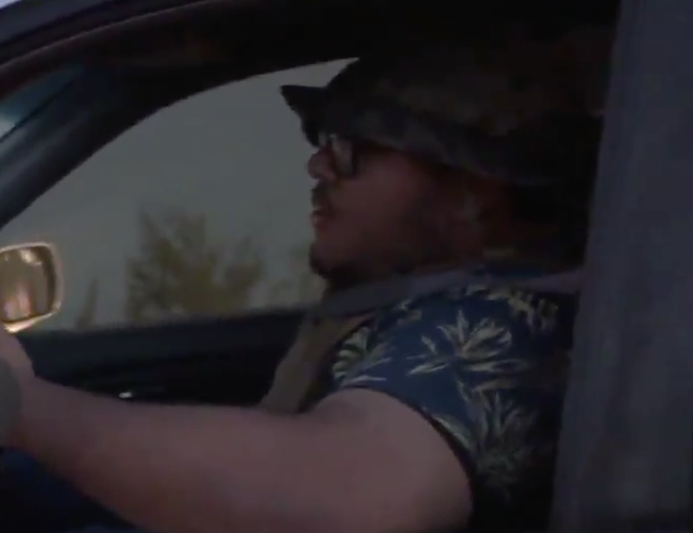 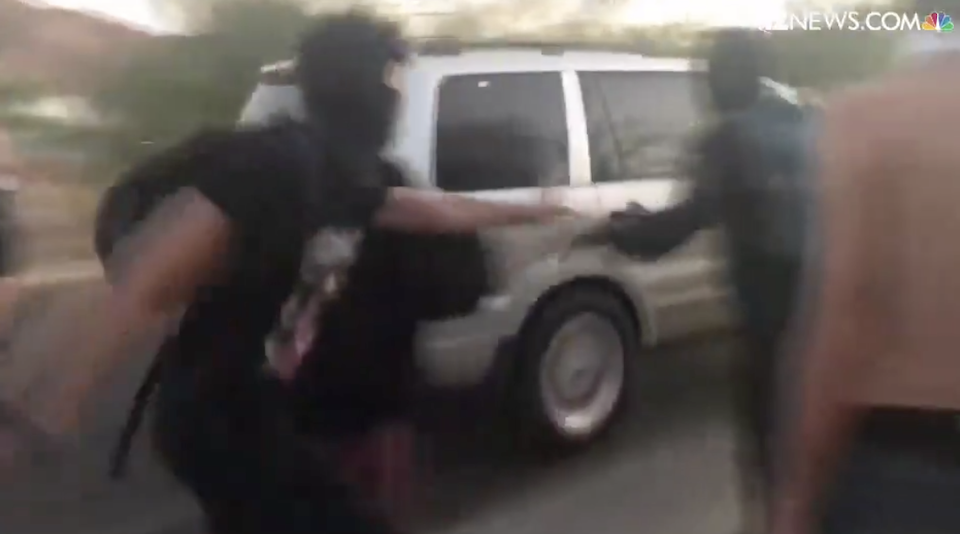 The driver, and a second man who was also interviewed by News 12, said the protesters began blocking the car. He said he tried to roll slowly just to get away from them.

The video shows protesters screaming at the driver as a few stragglers roll off the hood.

The driver said he didn't know that the protest was happening, or that demonstrators had shut the road down, until he happened upon them.

Protesters told News 12 the demonstration aimed to put an end to systemic racism and police brutality.

They were also calling on Phoenix police to release additional footage of the officer-involved shooting of Garcia.

That police shooting is currently being investigated by the FBI, according to News 12.