THIS is the dramatic moment a landslide sent 200 coffins crashing into the sea.

Workmen leapt for the lives seconds before the sea facing cemetery sending concrete and debris crashing down into the water. 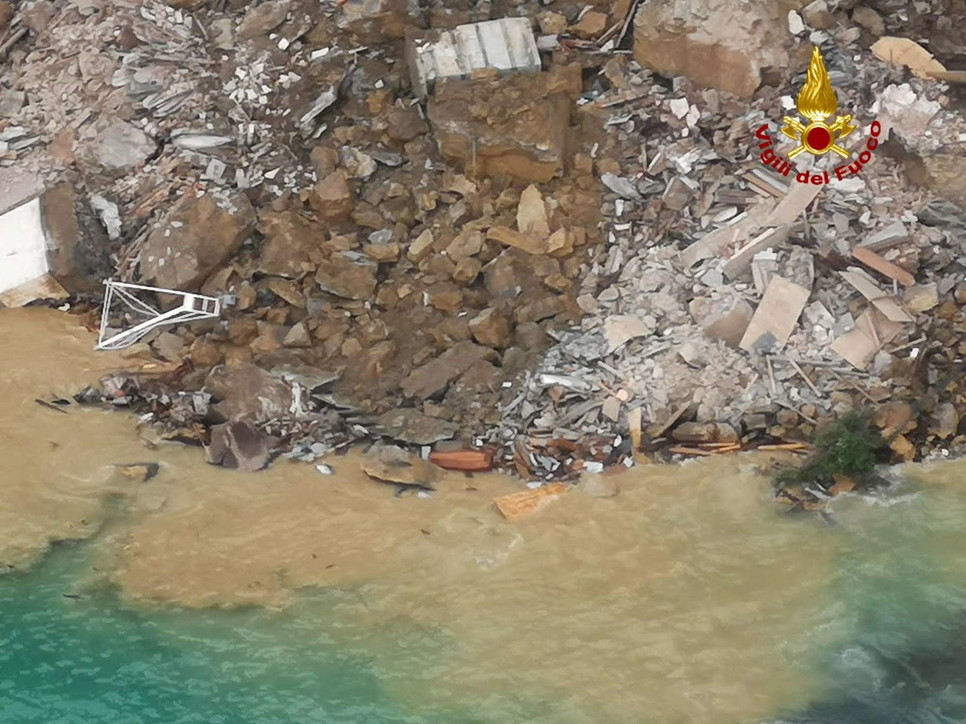 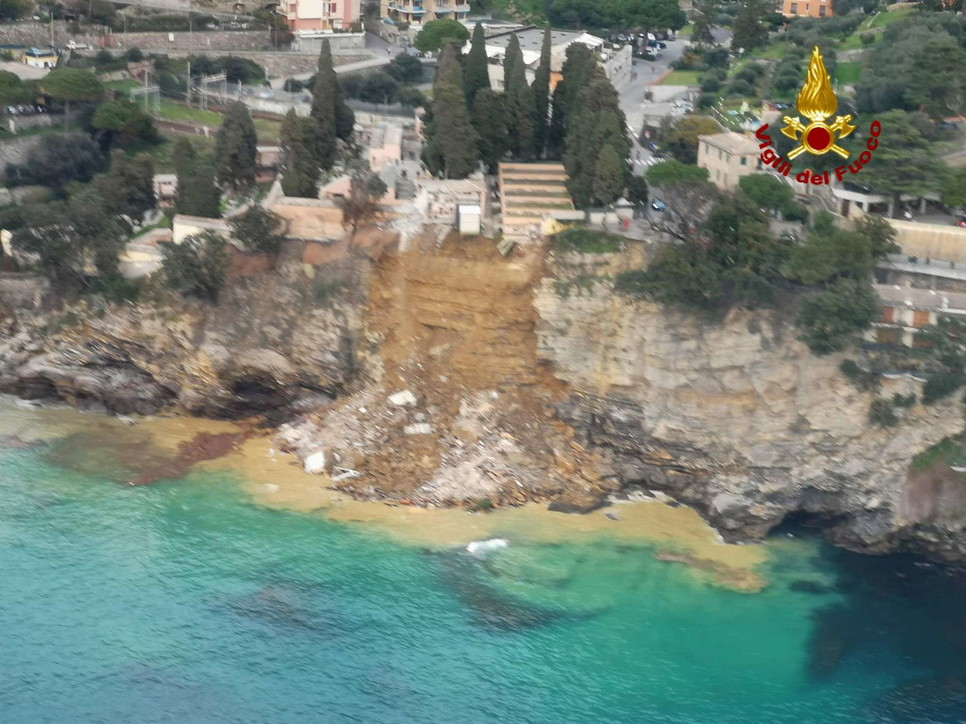 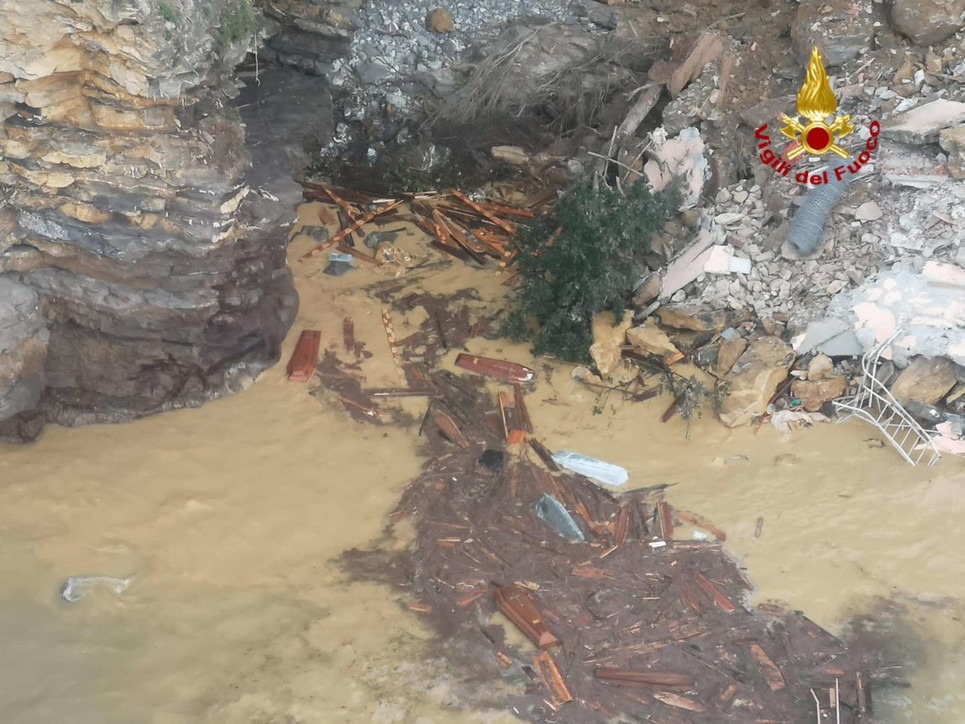 Today diving crews and firefighters spent the day pulling the coffins from the water in macabre scenes while shocked onlookers watched.

The incident happened at the picturesque town of Camogli near Genoa on Italian's Riviera coast – a town popular with Brit holidaymakers for its stunning coastal walks.

Workmen had been called to the cemetery after locals reported hearing the earth ''groaning and cracking'' and they were carrying out checks as the land gave way.

The footage shows one man leaping to safety just as the graves give way and plunge 200 metres into the Mediterranean.

His colleague is heard on the phone telling an official: ''It's all going. The corner by the wall is going.

''The seagulls can sense what is going to happen – they are flying away.'' 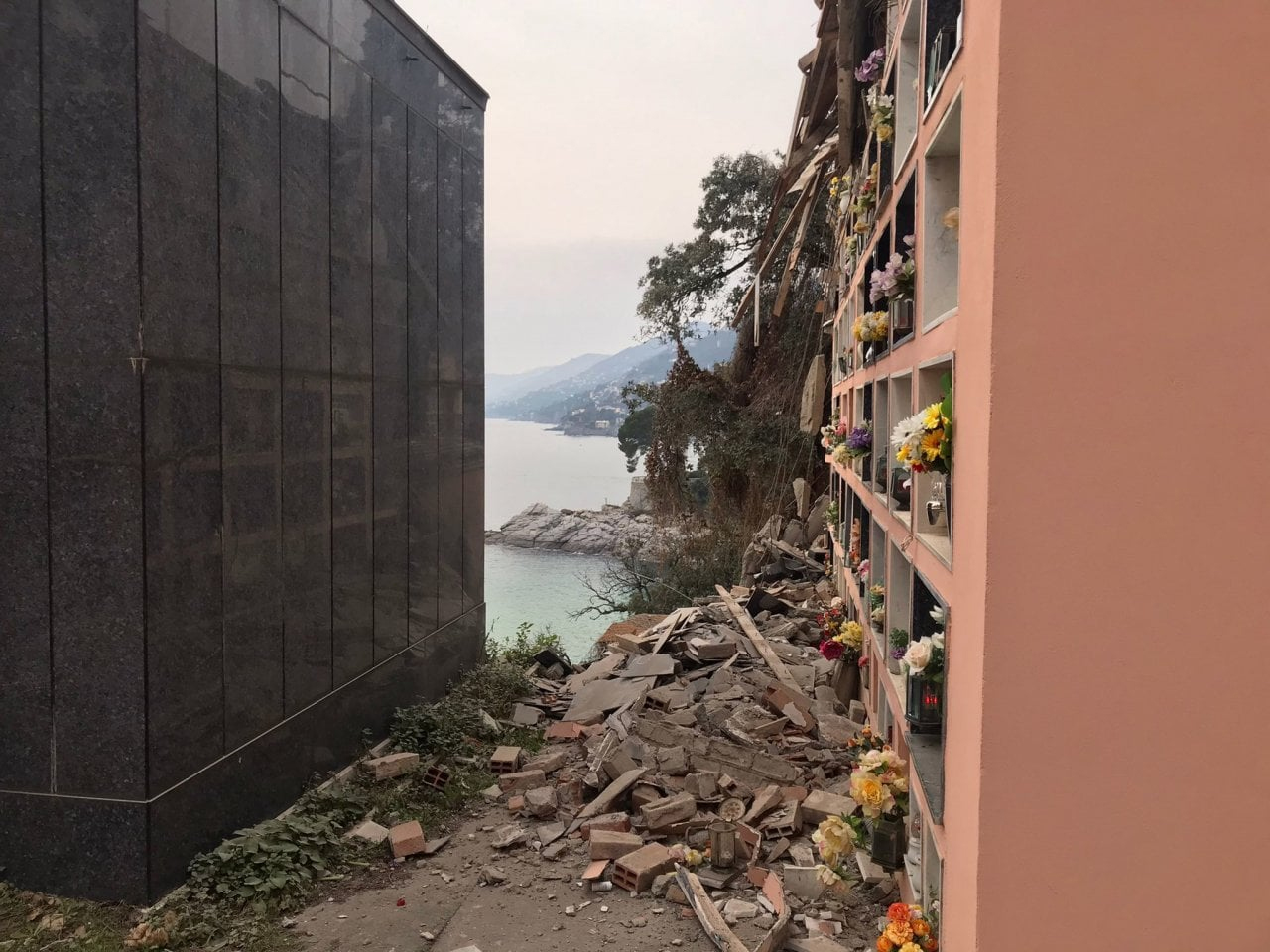 As one chapel containing coffins starts to collapse the workman is heard swearing and adding: ''Mama mia'' before leaping away.

Officials said there were no injuries but council employees at the scenewere treated for shock.

The area has been subject to coastal erosion for years and a project to shore up the cliff face had begun in 2018.

Currents had started to wash some of the coffins onto the beach and several had burst open as they had hit the water.

Tearful local Serena Bertolucci said: ''Several members of my family are buried in that part of the cemetery and it looks as if their coffins have ended up in the sea.

''It is very distressing to see coffins floating in the sea – we need a clear plan for the local council as to what they are going to do.''

Civil protection chief Giacomo Giampedrone said: ''Our main priority is to recover the coffins in the sea and make sure the area is safe and secure.

''We are working with the local firefighter diving team and the council to recover the coffins as quickly as possible."

Geology professor Francesco Faccini said: "That area has been unstable for the last 200 years but with proper planning the landslip could have been avoided." 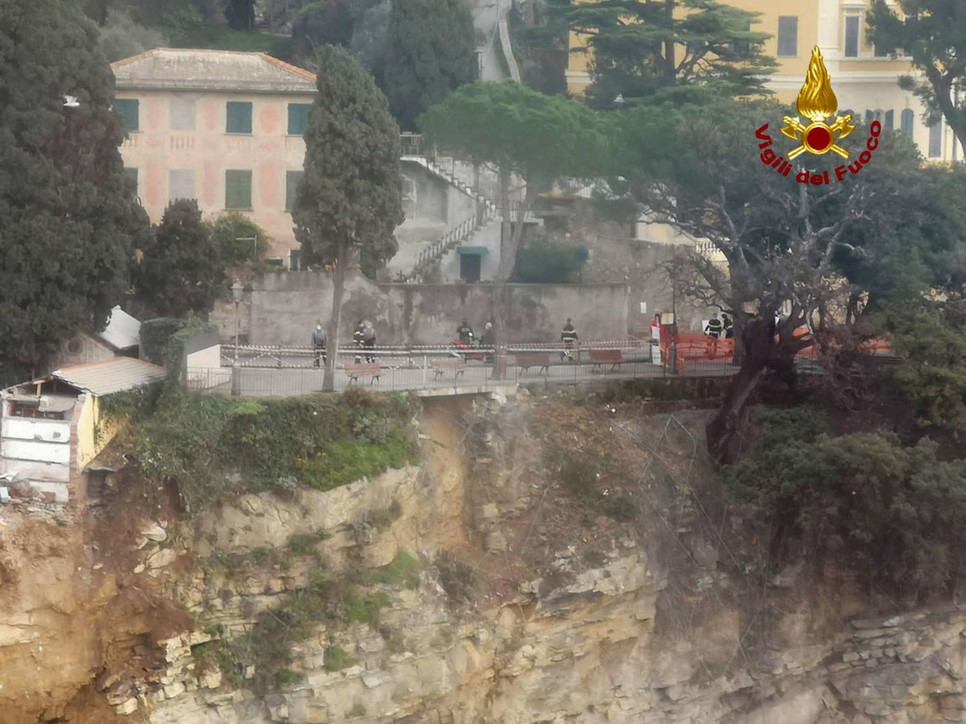