The vicious thug tried to steal booze from the helpless worker, leaving him with two head wounds and needing 14 stitches. 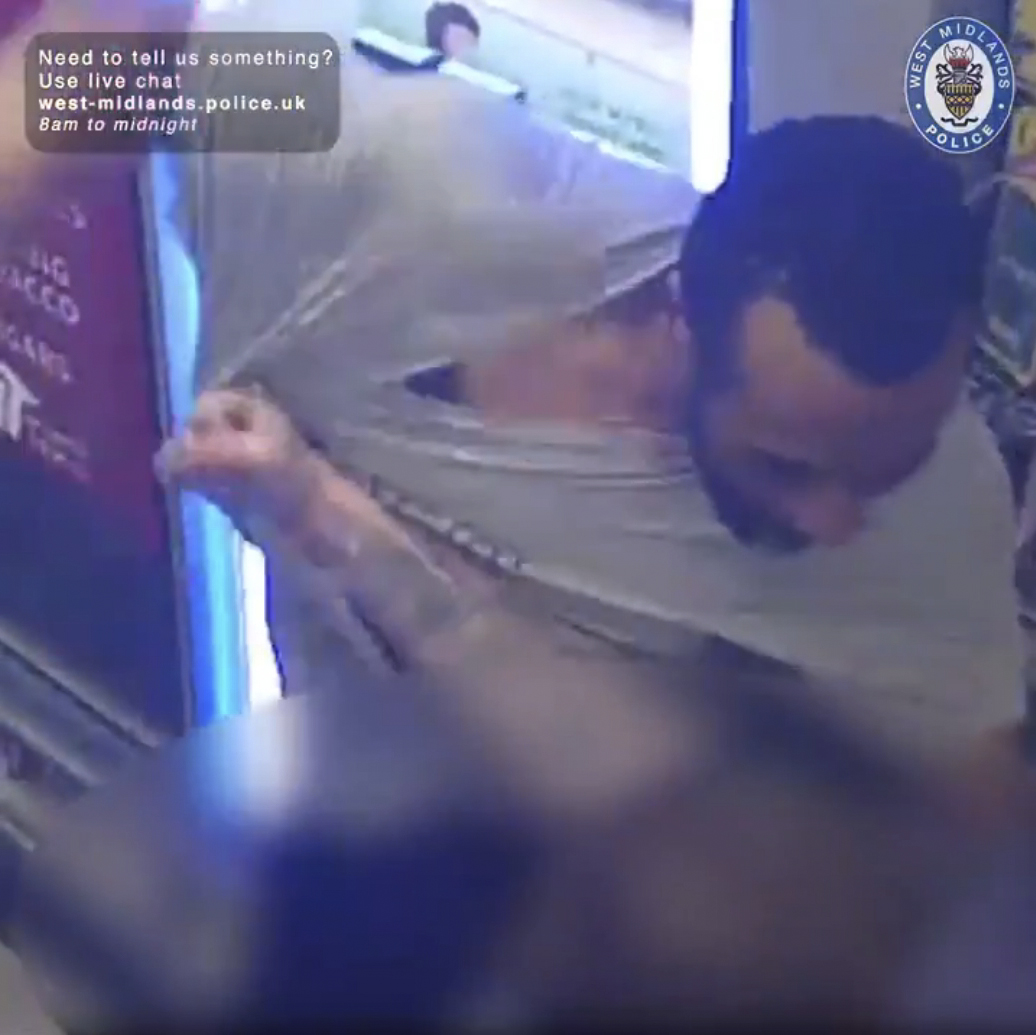 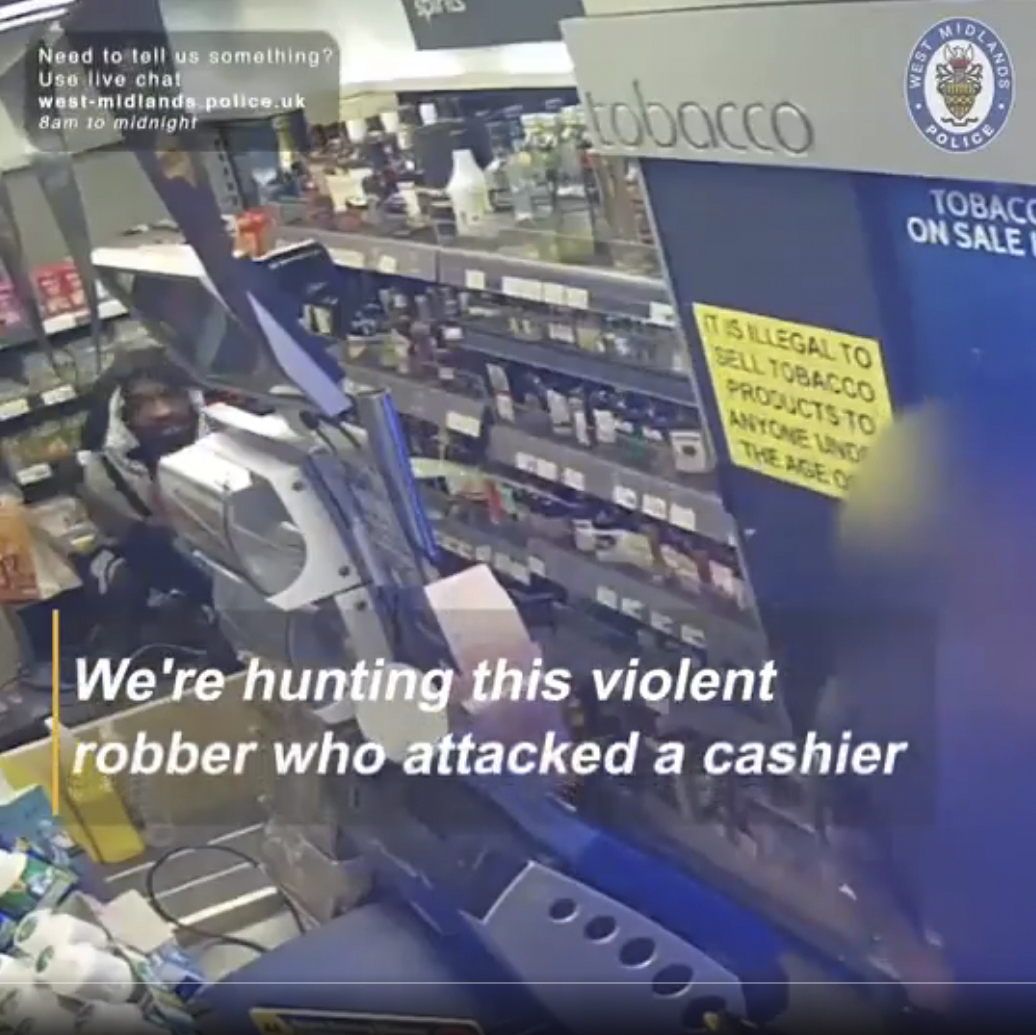 Police today released CCTV of the man launching the brutal attack in the Selly Park area of Birmingham on March 14.

The well-built black man is captured walking around an Esso at 7.15pm wearing a sweatshirt on his head but no mask.

He was challenged for trying to leave without paying for a bottle of spirits and a can of beer.

He is then shown holding the shop assistant still while landing a flurry of powerful punches to the head.

His victim was left with head wounds requiring stitches and widespread bruising. 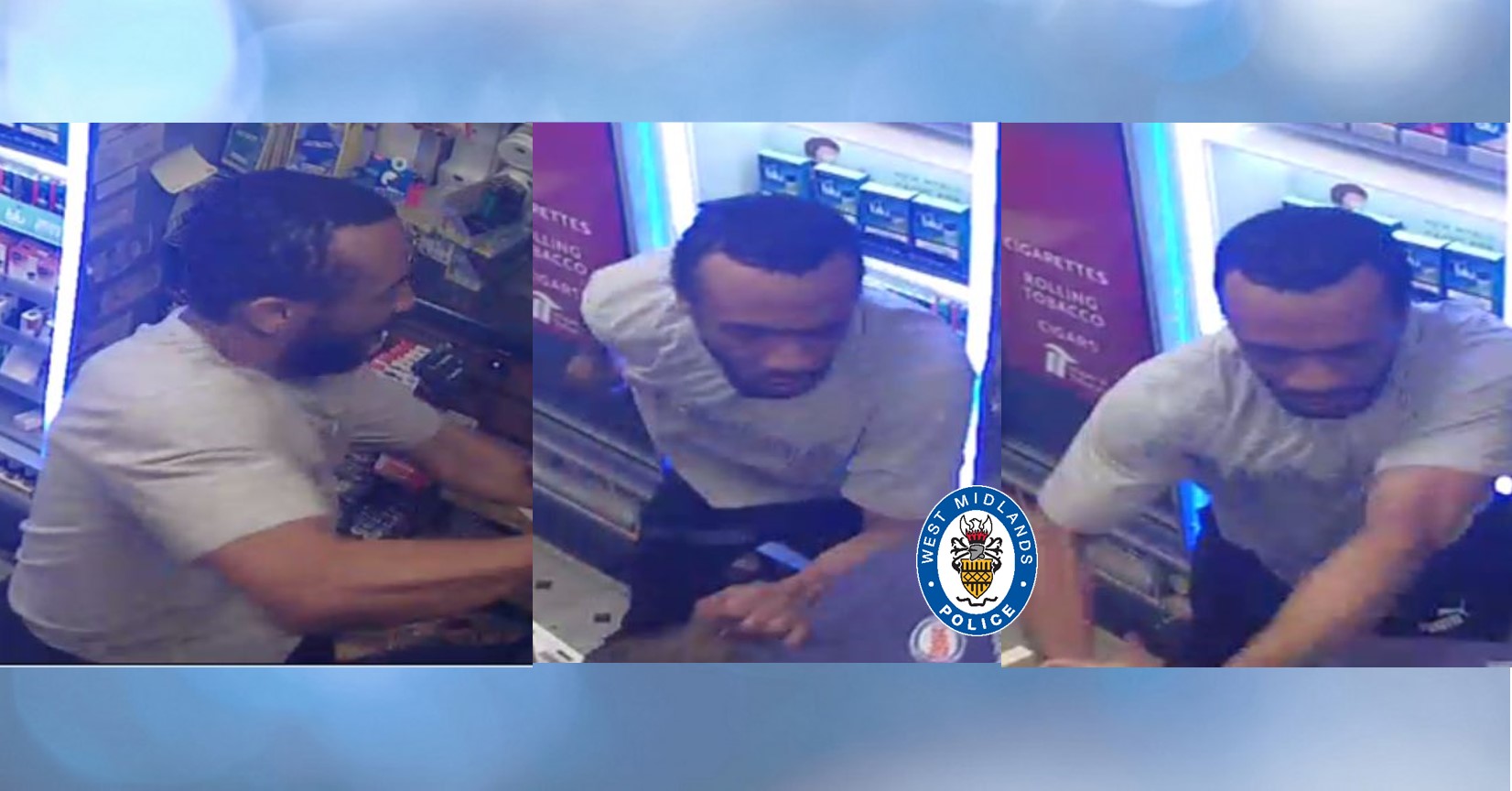 A West Midlands Police spokesperson said: "We've launched an appeal for information after a cashier was assaulted and threatened with a knife at a petrol station on Pershore Road, Birmingham.

"The suspect entered Esso in Selly Park at around 7.15pm on 14 March.

"He picked up a bottle of spirits and a can of beer and tried to leave without paying.

"When challenged by a cashier, he launched into a violent attack.

"The victim has been left with two head wounds, one requiring 14 stitches, as well as bruising to his face, body and arms.