A TRUMP supporter in Texas punched a man in the face who refused to stop playing the rap song “F**K Donald Trump” in a gas station parking lot, video shows.

Cops with the Denton Police Department were sent to a local hospital on Saturday afternoon after a man reported he was assaulted at Buc-ee’s, cops said. 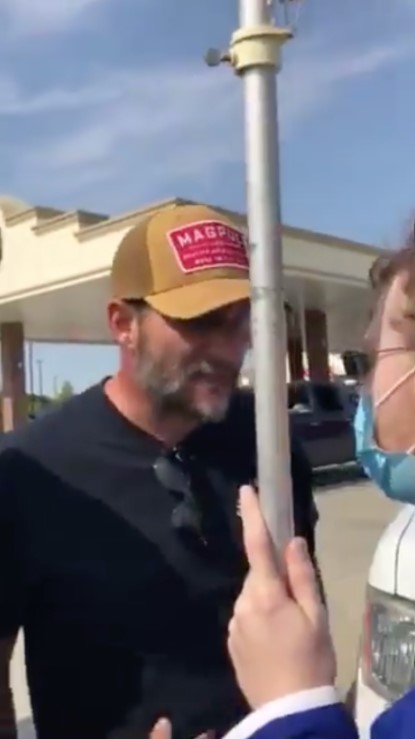 In the video obtained by TMZ, maskless Trump supporters were seen screaming in the face of the victim while YG’s political song plays in the background.

“I’ll f**king eat your face off, mother**ker. Turn it off!” the man says before socking the victim in the face and knocking him to the ground.

Police Chief Frank Dixon said that the suspect has been identified after he was last seen in a dark-colored Dodge Ram.

“Detectives are in the process of obtaining a warrant for his arrest. He was not on scene when officers arrived on the initial call, and he is not a resident of Denton,” Dixon tweeted.

Cops said that the victim suffered a broken tooth and am abrasion below his right eyebrow.