The bloke posed on the platform as paramedics desperately treated the victim, who had been hit by a train at Piacenza station in northern Italy. 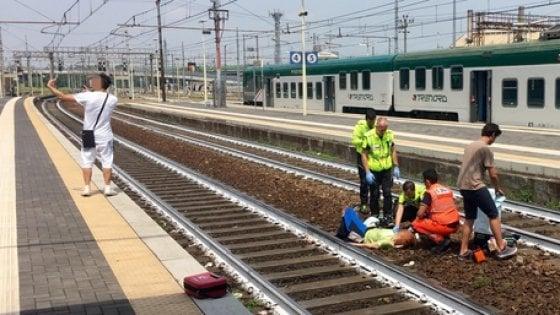 Sharing the photo online, Italian journalist Giorgio Lambri said it shows "we have completely lost our sense of ethics".

Dressed in white shorts and a t-shirt, the lad is seen gesturing to his mobile phone as he takes the shameless snap in broad daylight.

He appears to be making a V-for-victory sign as emergency service workers treat the woman in the background.

The victim, believed to be Canadian, fell from the platform into the path of a moving train on May 26. 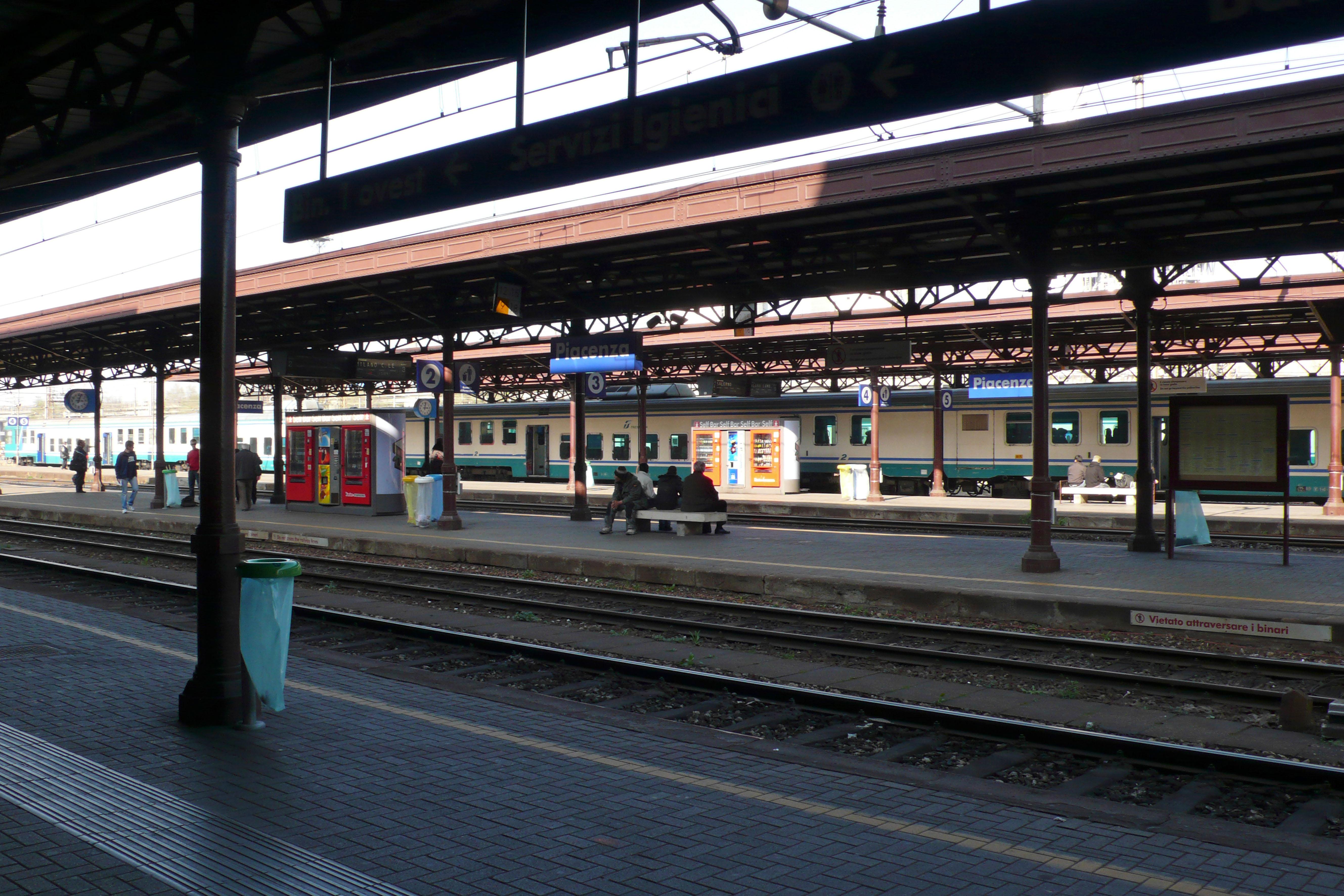 She was taken to hospital and is said to have needed a leg amputation following the incident.

It is understood cops approached the selfie-taker at the scene and ordered him to delete the picture.

The snap – widely circulated in Italian media – sparked outrage among readers who called it "absurd" and "shameful".

Meanwhile, a local reader responded: "This woman has just been hit by a train in Piacenza. She will lose a leg. This imbecile is taking a selfie."

Another said: "There is little hope left in humanity when you see that a witness takes a shameful selfie with a woman hit by a train and who'll be amputated shortly after."

And one simply added: "So sad we have forgotten our humanity".

Lambri wrote about his snap in Italian newspaper Liberta, under the headline: "The barbarism you don't expect: the 'selfie' in front of a tragedy."

He also shared it on his Facebook page, alongside the caption: "Houston, we've got a problem."

While the selfie-taker was questioned by cops, it is understood no further action was taken.