Harrowing video shows the child on the floor as the devil dog clamps its teeth around his legs in front of a pet shop. 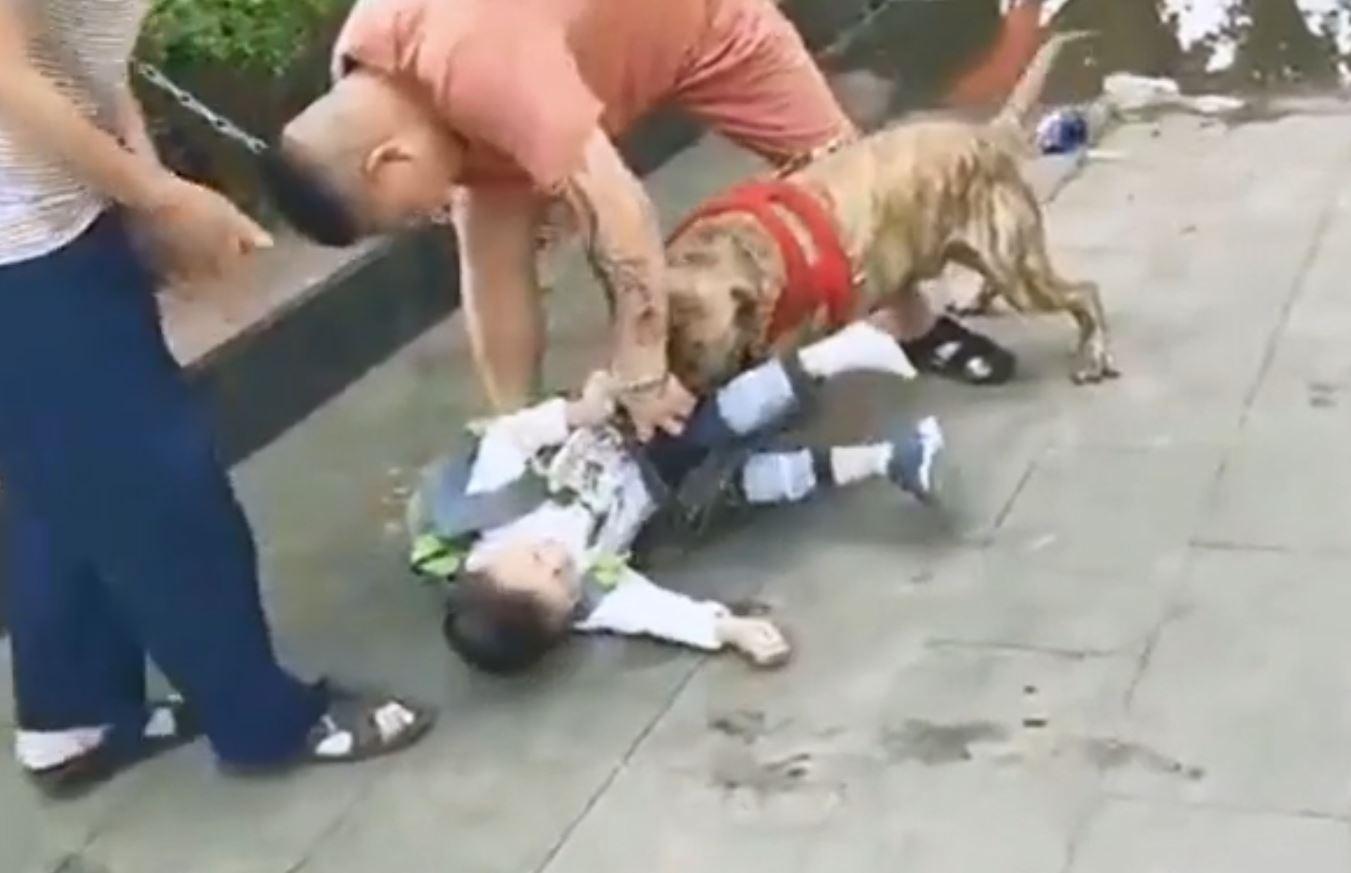 The shop owner, Li, 31, can be seen grappling with the animal and trying to free the lad from its jaws.

Some bystanders choose to film the drama rather than intervene during the incident in Chongqing Municipality’s Dazu District in south-western China.

The boy, whose surname is believed to be Wu, cries out in agony as the man desperately yells for a "crowbar" to prize him free.

But the butch brown pooch, which is on a chain attached to a red body harness, thrashes the youngster around as people scramble to help.

A woman, reportedly Li's wife, appears and grabs the child's arms sparking a painful looking tug-of-water between human and beast, with the child stretched out between them. 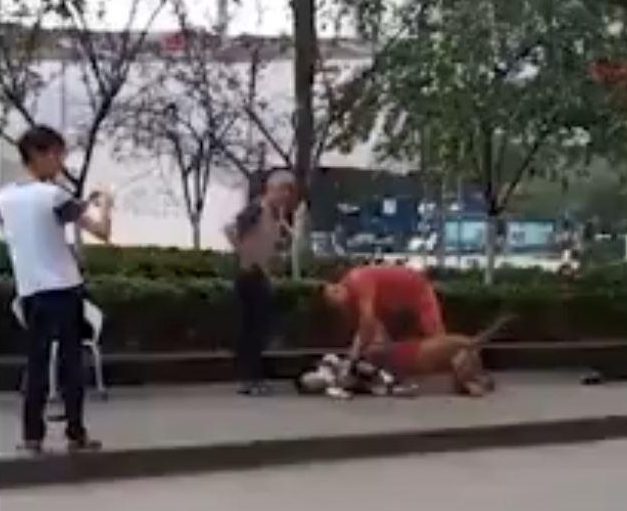 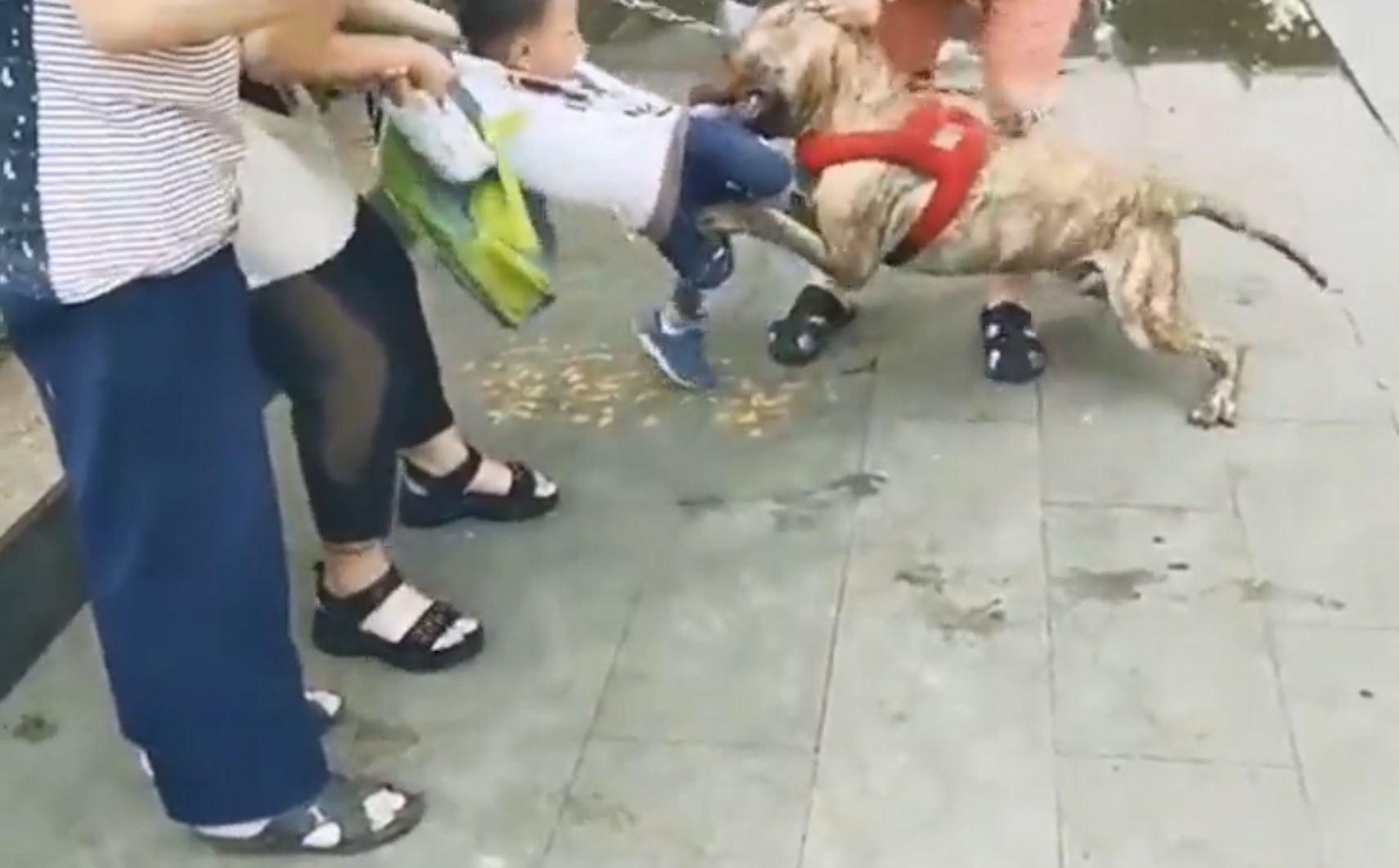 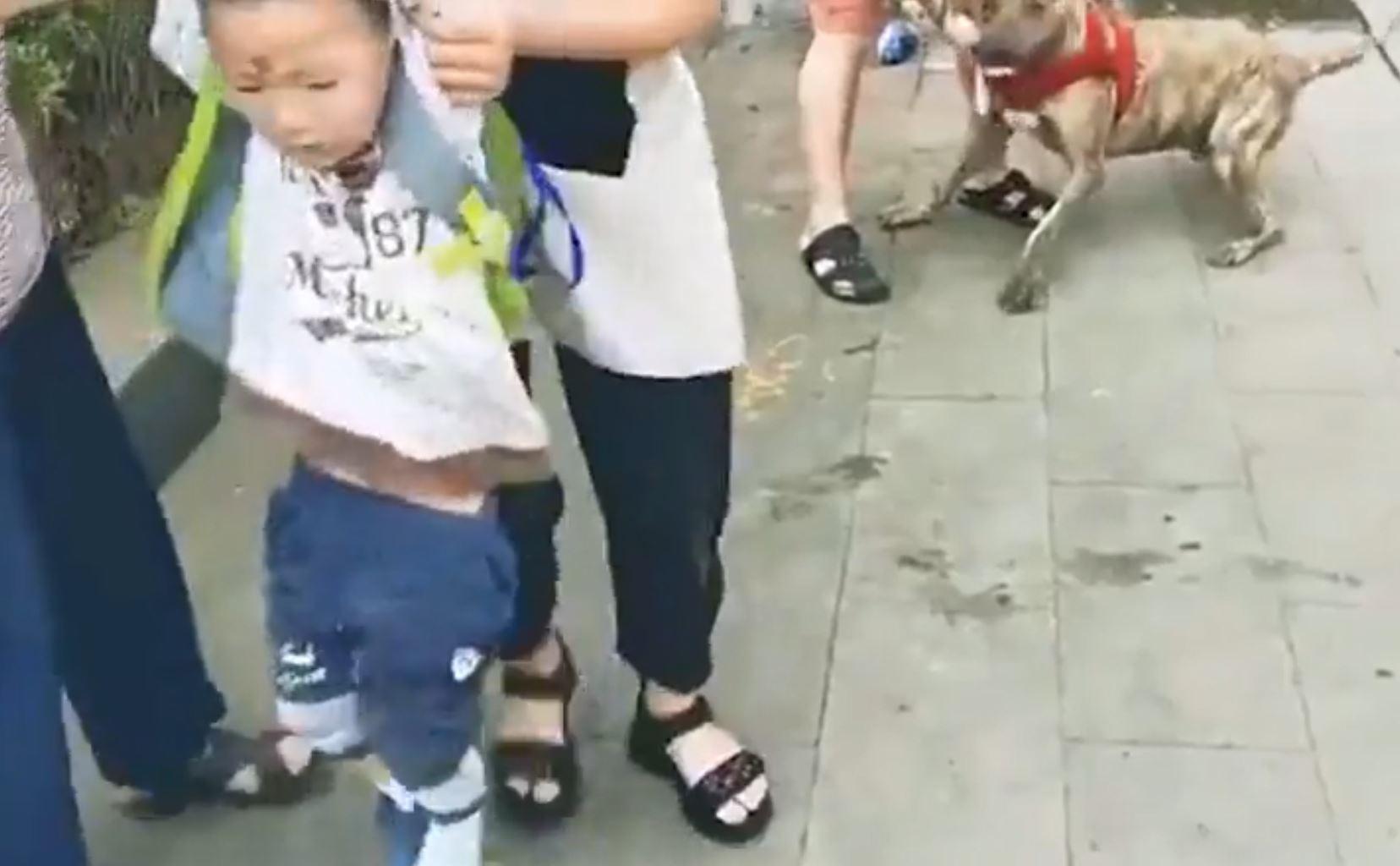 Eventually they manage to drag him free as the man pulls the dog away and the woman swings the lad to a safe distance.

The boy, who is wearing a Mickey mouse jumper, blue jeans and a little green backpack, lost one of his blue trainers in the ruck.

But as he sits in a chair calling for his mum, he doesn't look too badly hurt, at one point appearing to even wave at his animal attacker.

Local police said they impounded the pit bull and fined the owner £58.

Social media users have expressed their outraged at the incident.

One wrote: "Pit bulls are meant to be banned!"

Another said: "A crowbar? Even if it’s your own dog, this sight alone should make you take a brick to its head."