THIS is the shocking moment two hospital workers engage in a vicious MMA-style brawl in a cafe.

Footage shows the workers ignore social distancing as they wrestle each other the ground of what appears to be a hospital restaurant. 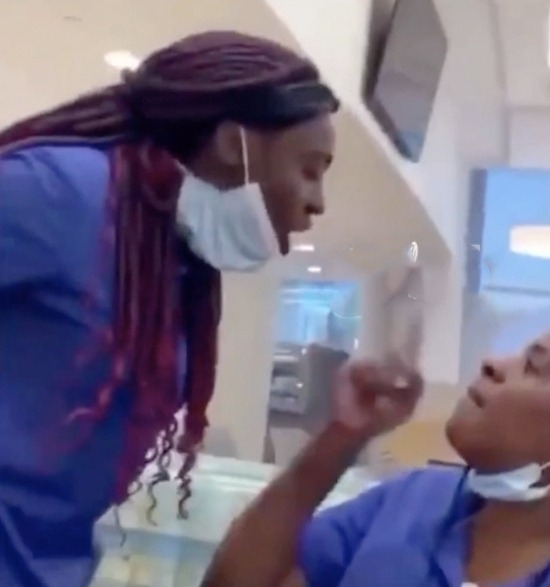 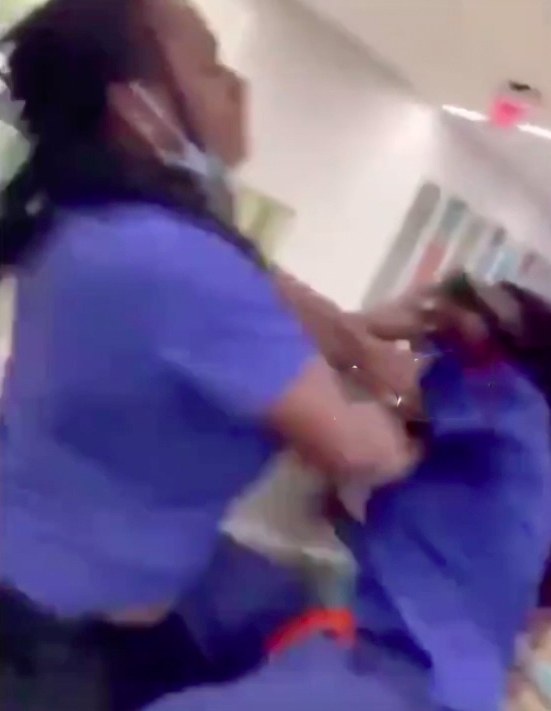 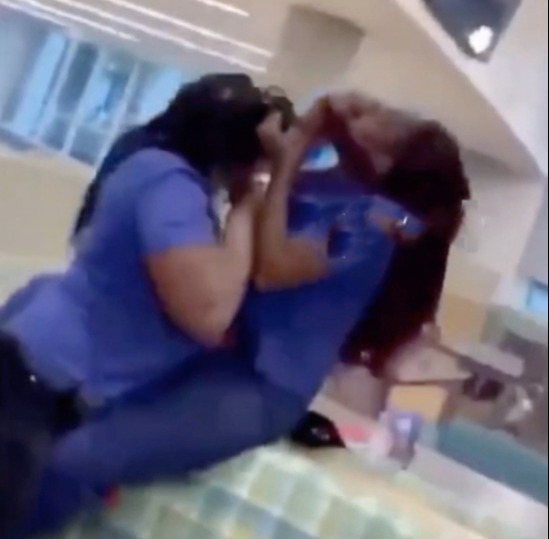 At the beginning of the clip, believed to have been filmed at a London hospital over the weekend, the workers can be seen squaring up to one another.

One of the workers, who is wearing blue scrubs with her mask pulled down, points her finger and shouts at the other.

Her colleague gives as good as she gets, towering over her with her hands on her hips.

One of the workers then lashes out by hitting the other, a move quickly returned by her colleague.

The fight rapidly erupts into a trade of blows as the workers wrestle each other to a cafe bench.

They can be seen pulling one another’s hair as an onlooker films the shocking scene.

The one worker proceeds to hold her colleague in a choke hold as she wrestles her to the ground.

The fighting continues on the floor and one of the staff members holds her colleague's legs above her head.

The workers pause in the awkward grip before the video ends, unwilling to let the other go.

Users on social media expressed their shock at the violent footage online as the country grapples with a global pandemic.

One person wrote: “We don’t need fighting like this and ignoring social distancing in our world right now. Makes me sad."

Another pleaded: “Please. All of us are here trying to stop others from catching covid."

Someone else added: “Lucky they’re in hospital already."

The hospitals said to be involved have been approached for comment. 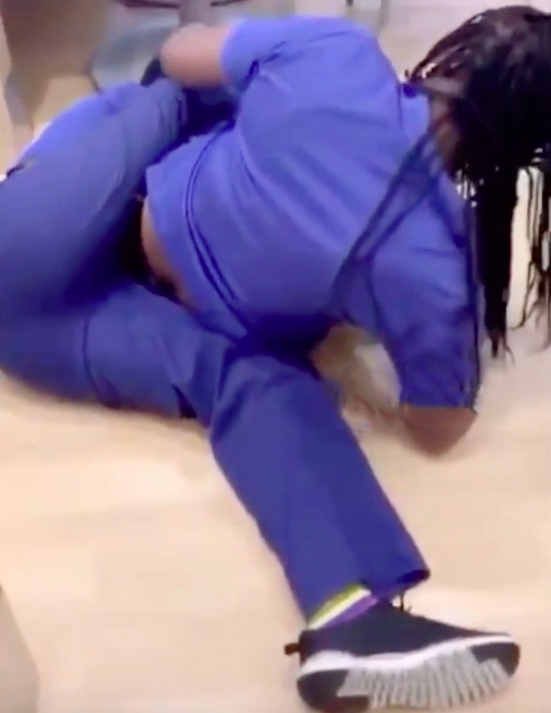 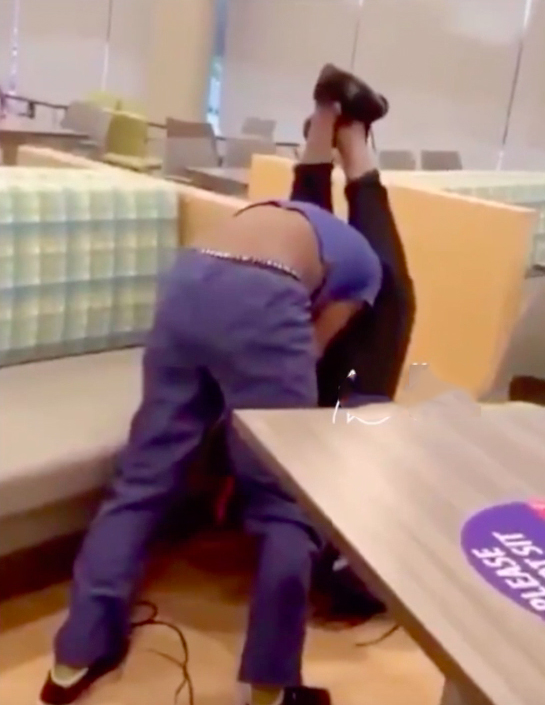 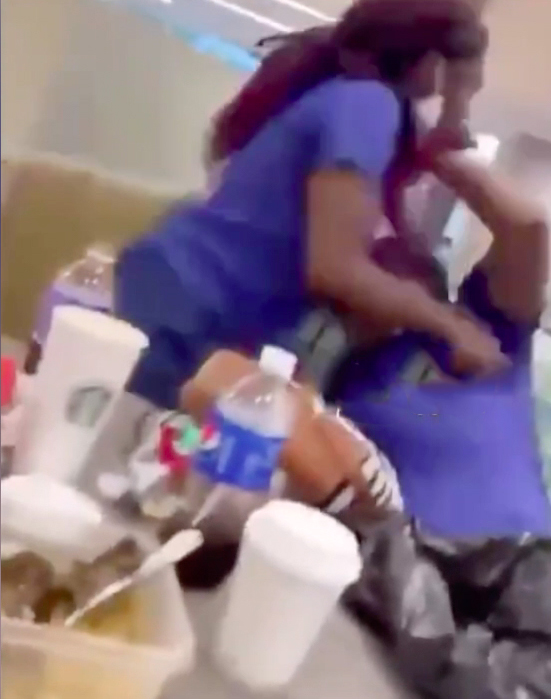