The disturbing images show the poor pooch collapsed on the ground sweltering in the heat in Swindon, Wilts, on Thursday. 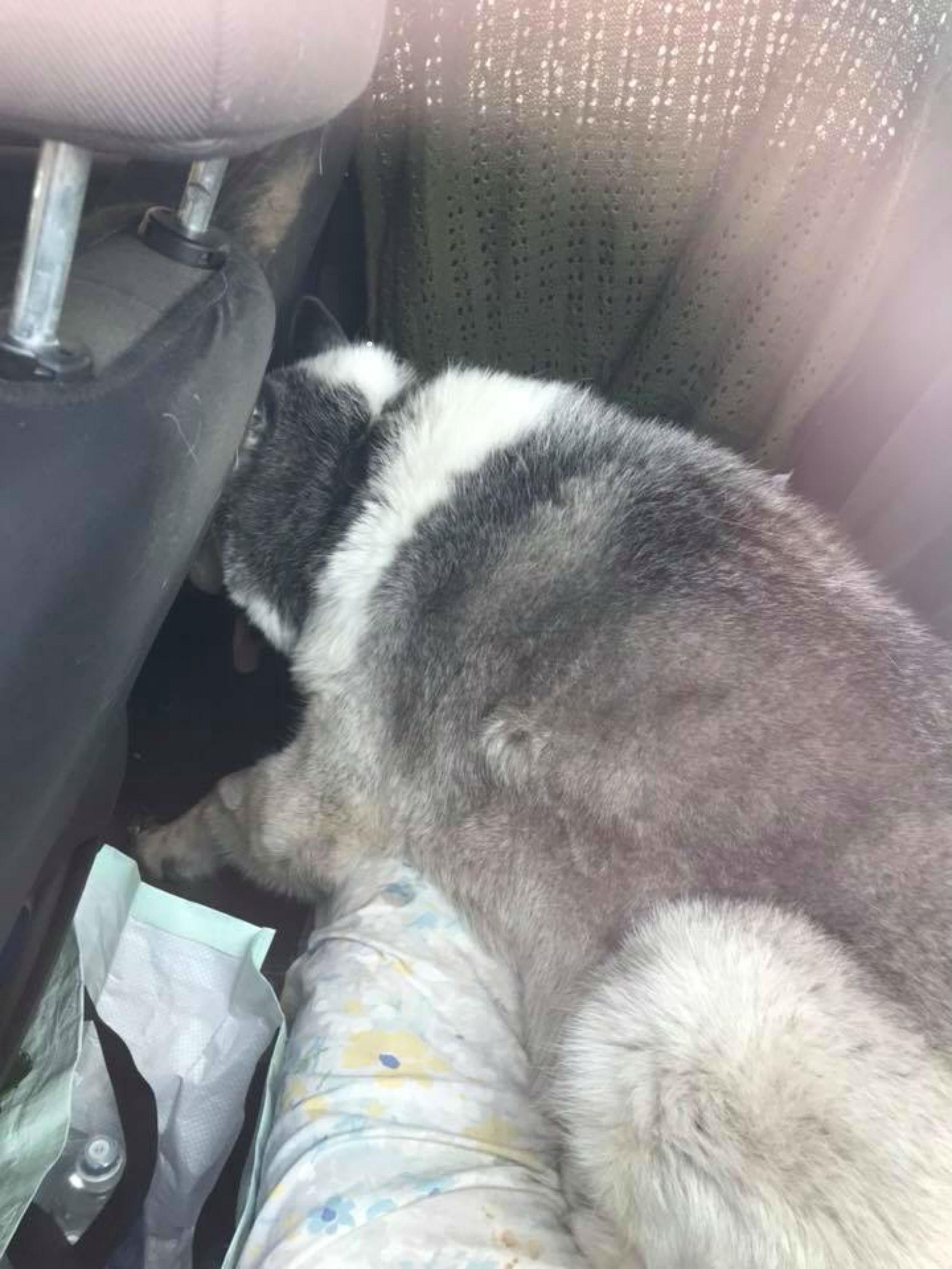 A parking ticket on the car led those who discovered the animal to believe that it had been there for at least 120 minutes.

According to witnesses, when the owners did turn up they reportedly gave false information to the police and didn't see what the issue was.

Temperatures inside a locked car can soar to almost double in a matter of hours, and can be lethal to dogs.

Samantha Claire Hardwidge stumbled upon the boiling husky with a fellow colleague and shared the pictures online. 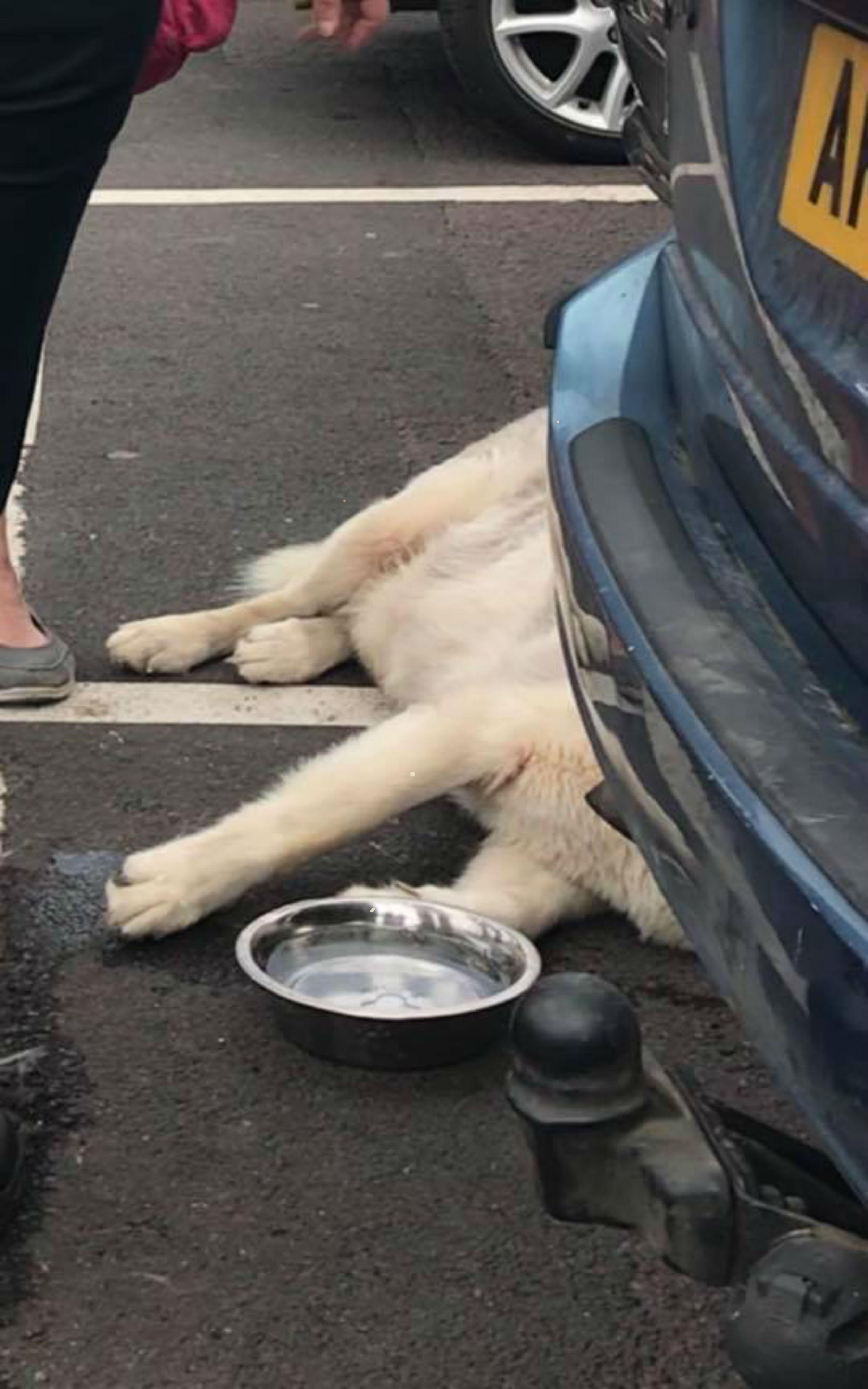 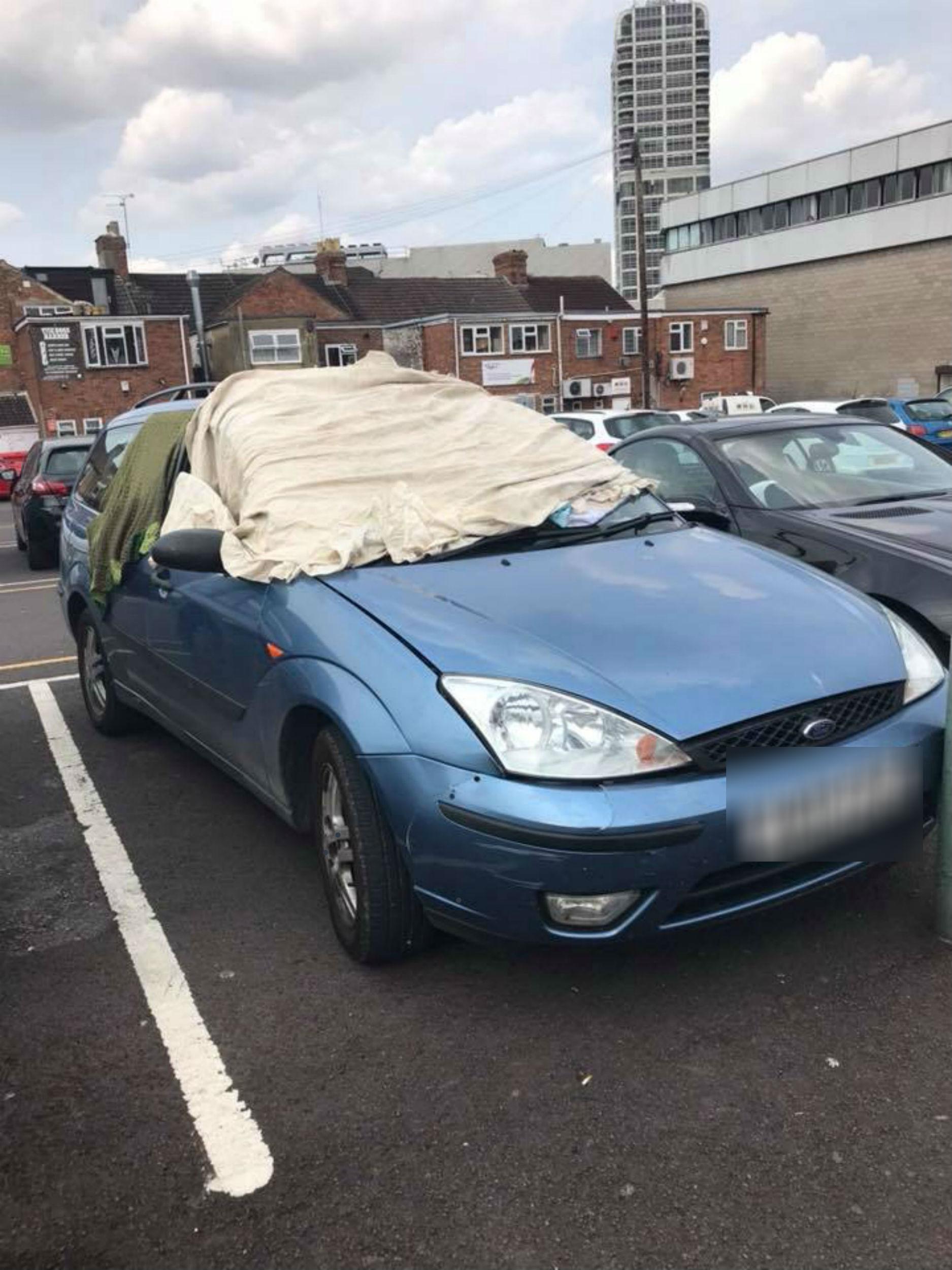 She wrote on Facebook: “Shout out to the owners of this car who felt it appropriate to leave their husky in their car.

"The police were called and removed the dog from the car. The owners arrived back at the car and proceeded to shout and swear that they didn’t see what the problem is.

"The owners refused to take the dog to the vets to be checked despite it being visibly distressed from being in the car for so long.

"The owners refused to pass their details to the police and eventually gave false information.

"The dog was seized so it could be checked by a vet.”

The photographs show the distressed husky inside the car, and later lying on the ground on its side with a water bowl beside it. 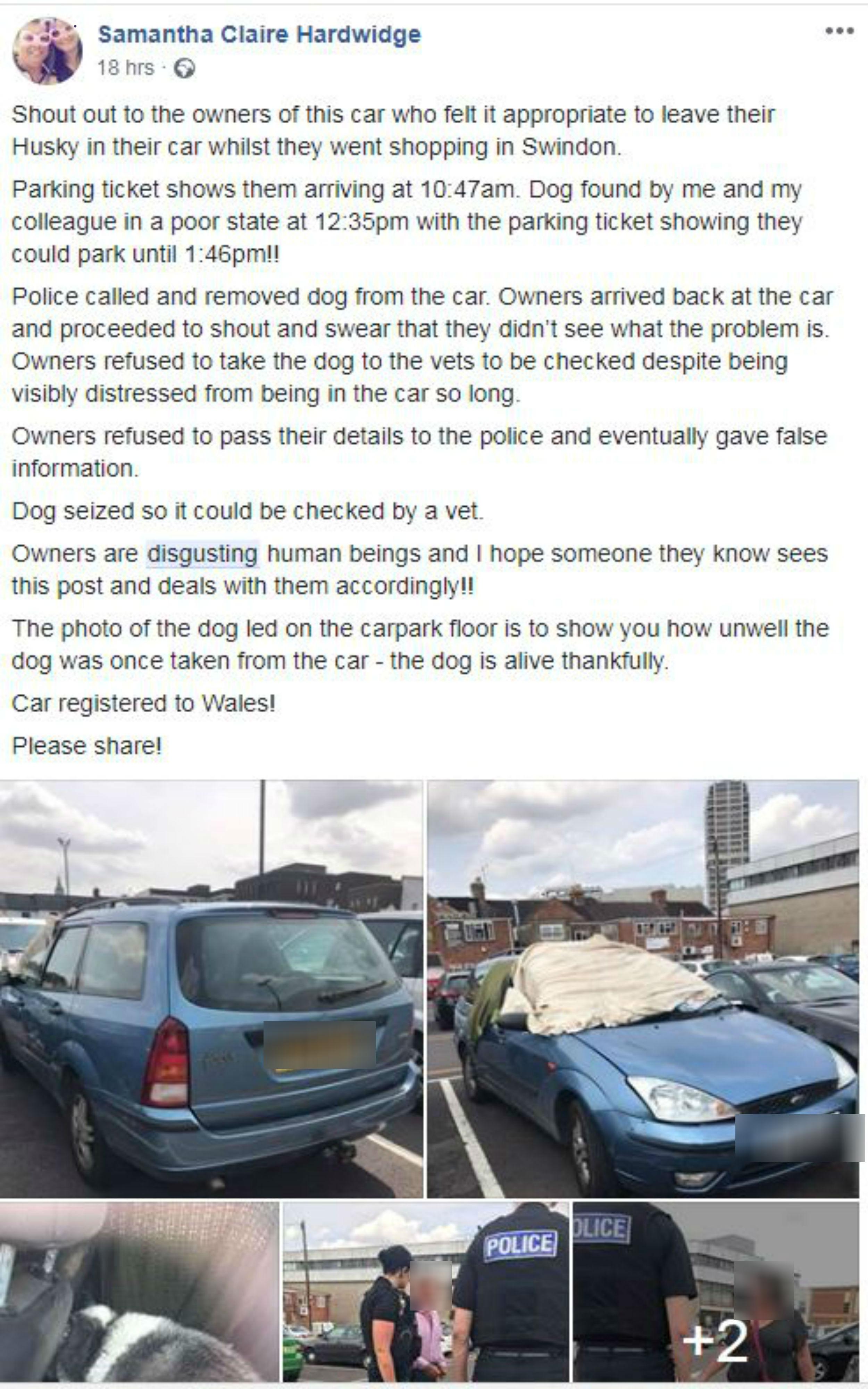 The post has received more than 15,000 shares and nearly 5,000 comments from furious social media users.

Kay Sell said: “Disgusting, the owners should be locked in the car for several hours and then go to jail if they are still alive.”

Susan Barker said: “Bad enough to lock any creature in a car with this heat, let alone a husky type with their thick underfur. Morons.”

Ted Davis added: "Stupid is not what I would say, so cruel. Idiots."

A spokeswoman from Wiltshire Police said: “When we arrived the dog was heavily panting and not responding. 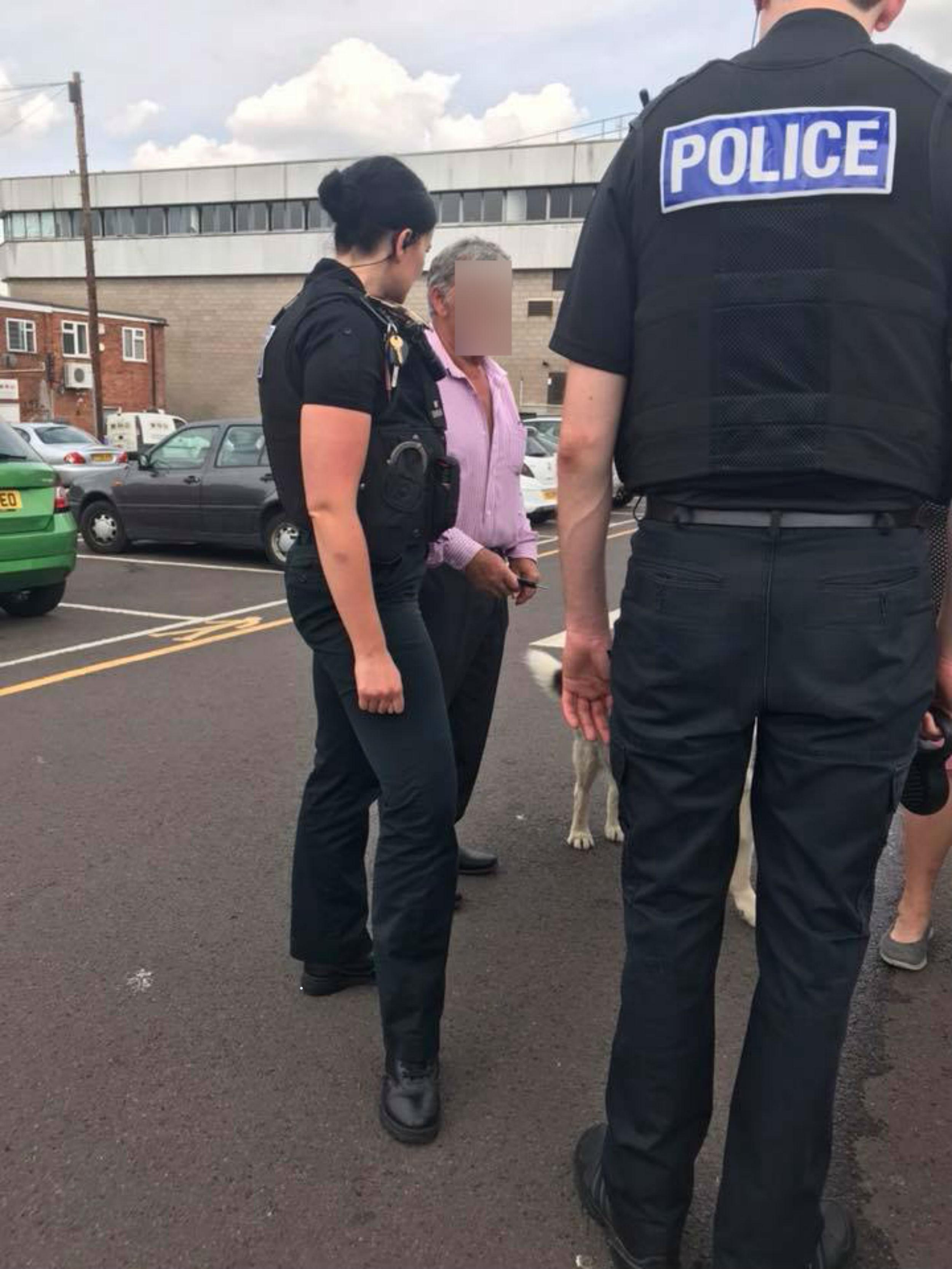 “The window was slightly open but the dog was obviously in distress.

“We managed to get the dog out and a kind member of the public got the dog some fresh water. Fortunately, the dog perked up.

“The owners arrived and we ensured that the dog was taken to a local vets for a check-up.”

Temperatures in Swindon reached a high of 29 degrees yesterday, but temperatures inside the car would have been much higher.

A Wiltshire Police spokesman added today: "It is not advisable to leave any animal locked in a car during warm weather, a car can become as hot as an oven very quickly, even when it doesn't feel that warm outside.

"The RSPCA estimates that in 22 degree weather, a car can reach an unbearable 47 degrees within an hour.

"If you come across a dog in a car during warm weather, and you're concerned that the dog appears uncomfortable you should call police on 101 to report it.

No arrests have been made, but police said their enquiries were ongoing.