THE world's largest waterfall has been reduced to a sad trickle as southern Africa is hit by a devastating drought – which experts blame on climate change.

Pictures show the Victoria Falls in full flow in January and now after water levels dropped to the lowest in 25 years. 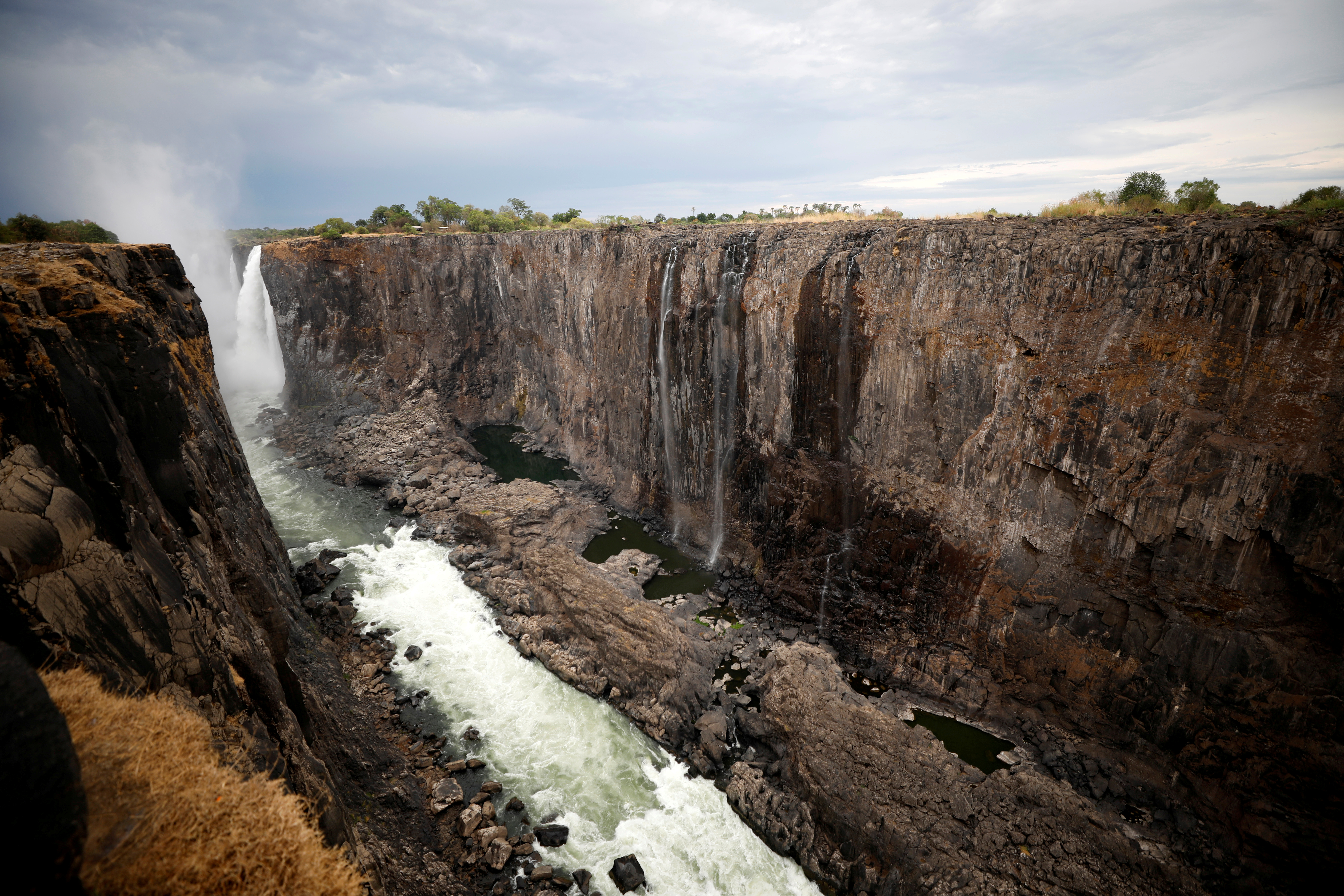 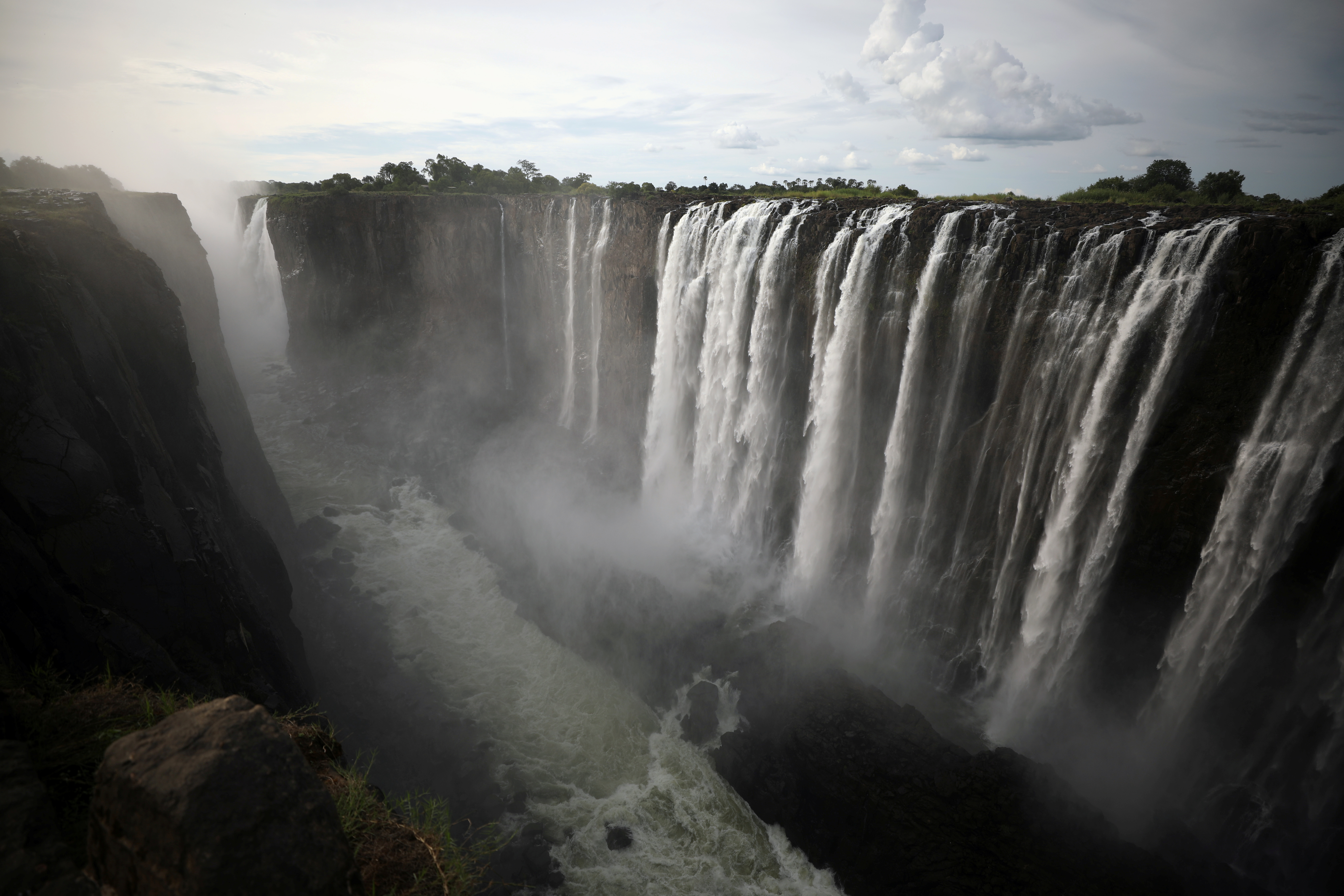 The waterfall, on the border of Zambia and Zimbabwe, is one of earth's great natural wonders.

Twice as high as Niagara, it is normally an awe-inspiring sight as the mighty Zambezi river crashes over the mile-wide rim with a deafening roar into the gorge 355ft below.

Visitors have to shout to be heard and usually struggle to get a clear view through the clouds of spray which rise 1,300ft into the air and can be seen 30 miles away.

But photos this week show long stretches of it almost dry with puddles at the bottom where months ago there was a raging torrent.

Zambia's president warned the Victoria Falls could dry up for good unless urgent action is taken to stop global warming.

Edgar Lungu also hit out at "deniers" like Donald Trump who downplay the impacts or even insist there is no manmade climate change.

He told Sky News: "Climate change is real. Its effects are slowly destroying mankind and we have to address it.

"Do we want to pass on the Zambezi without the mighty Victoria Falls?

"Is that what we want for future generations? There are practices and measures we can take now."

The president also tweeted pictures of the dry falls, saying: “These pictures of the Victoria Falls are a stark reminder of what climate change is doing to our environment and our livelihood.

“It is with no doubt that developing countries like Zambia are the most impacted by climate change and the least able to afford its consequences.”

Zambia and Zimbabwe have been badly hit by a drought which has left millions reliant on food aid.

Both countries have had power cuts because a reservoir that feed a hydroelectric plant is down to 11 per cent capacity.

Zimbabwe's tourism ministry – which fears visitors will stay away – denied the falls were at risk of drying up completely.

But Elisha Moyo of the country's environment ministry said it was a "serious possibility".

He told the BBC: “It’s a worry. Maybe one year there will be no falls completely, no water.”

Elephants and crocodiles have been attacking and killing more humans than usual as they struggle to survive without rain, according to reports.

Victoria Falls are not the highest or widest in the world but are deemed the largest based on the combined height and width. 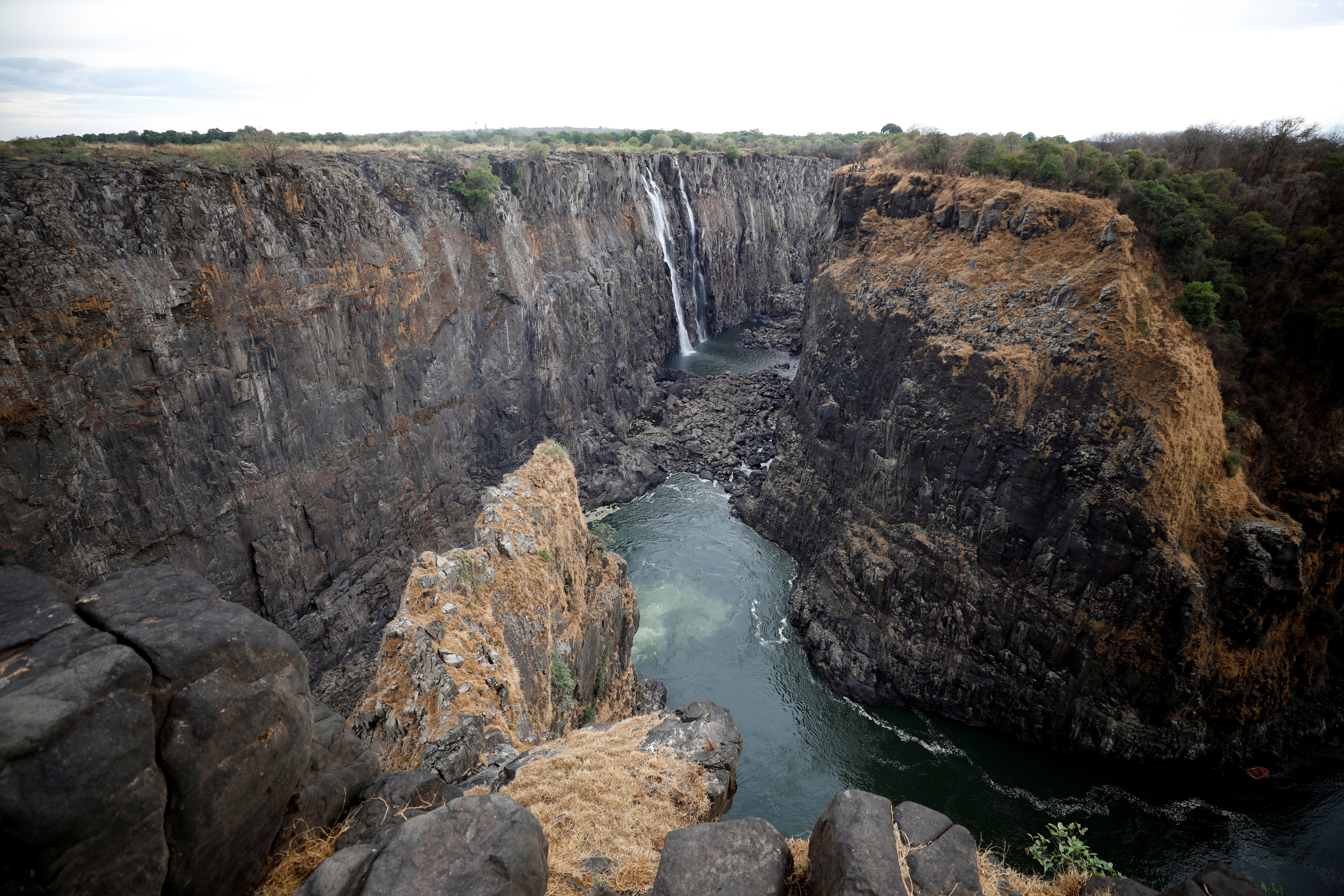 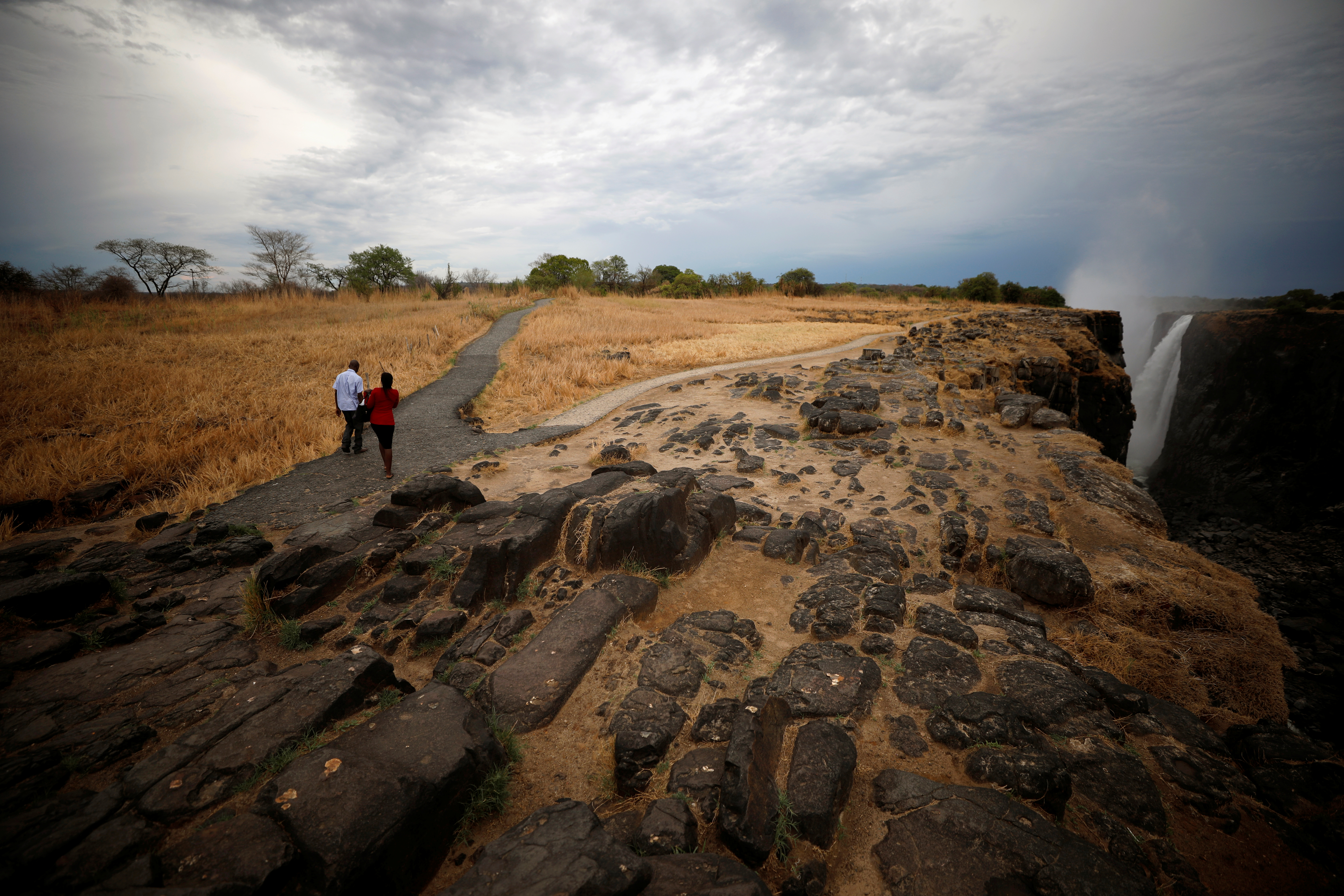 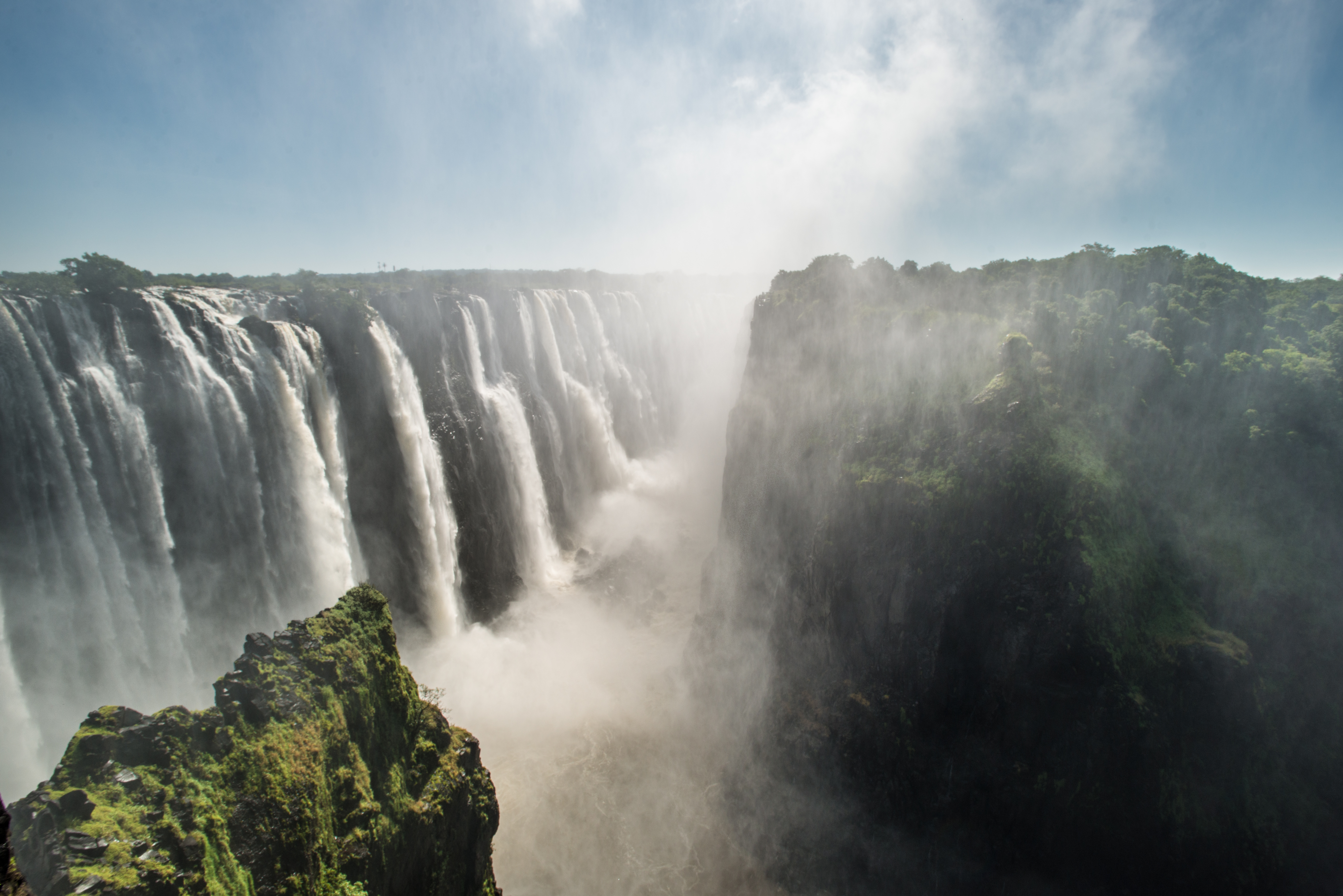 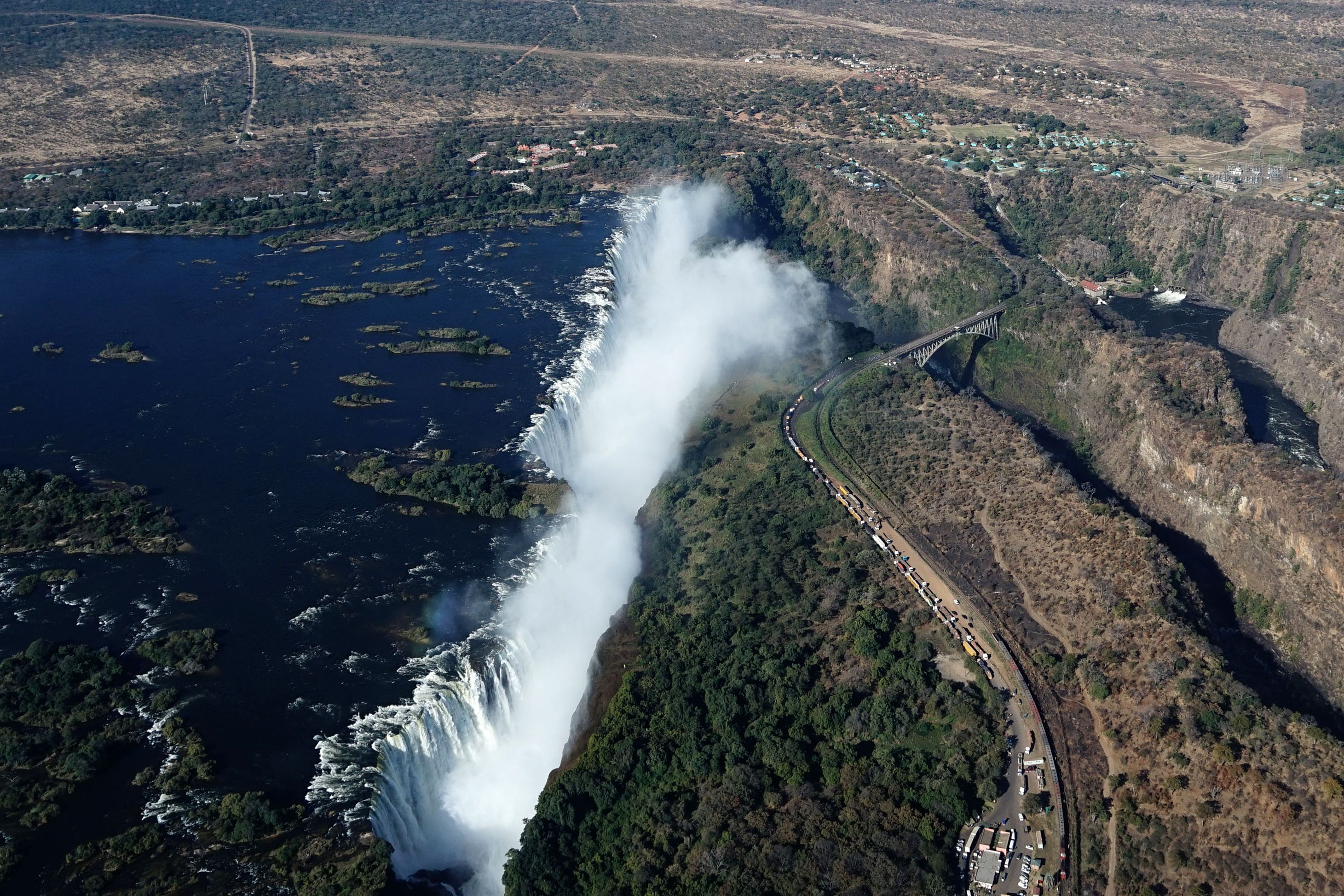 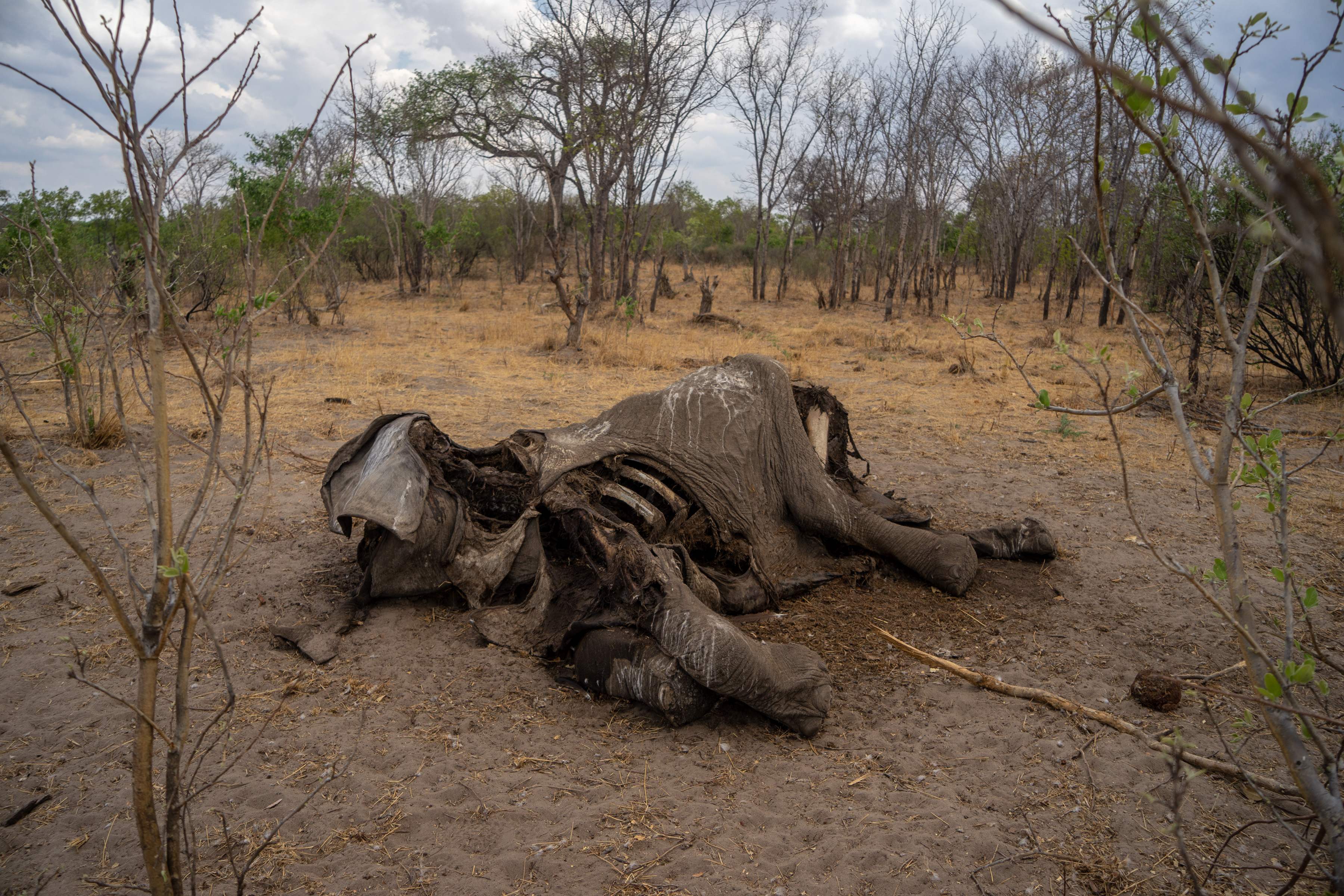 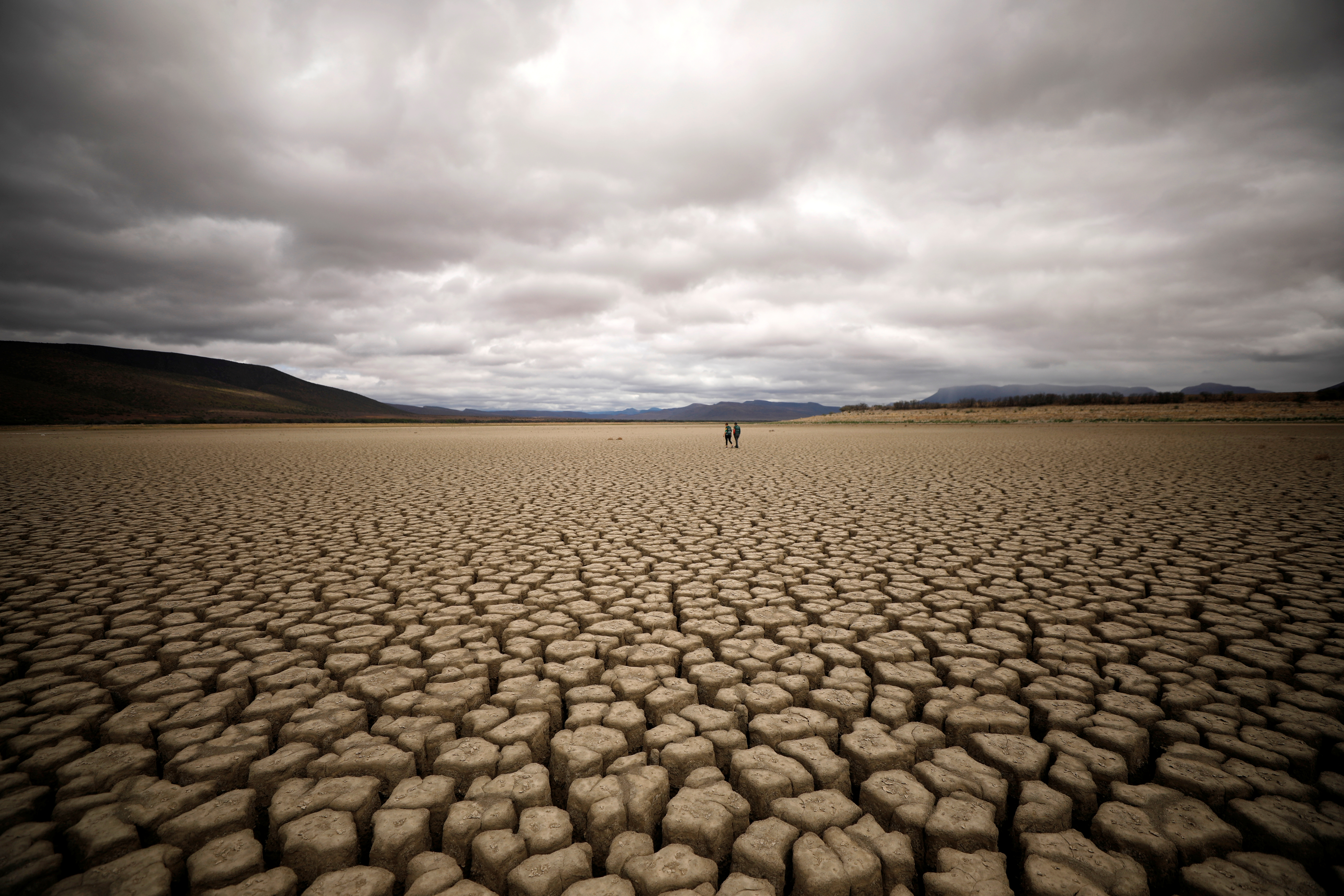