A Florida man was busted for a stomach-turning offense — allegedly spitting on a child in order to infect him with coronavirus.

47-year-old Jason Copenhaver was charged with simple battery and disorderly conduct on Sunday following an alleged altercation with a young boy. 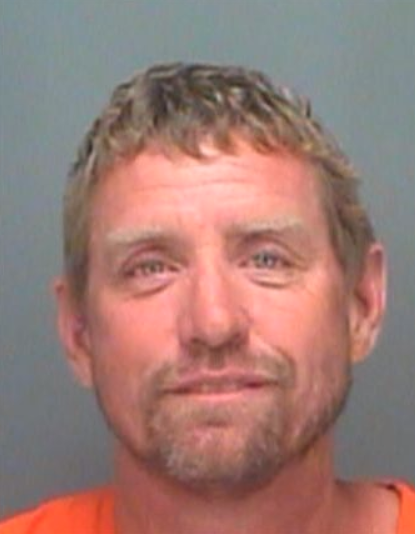 He initially asked the child to remove his mask and to shake his hand.

The child refused these requests as they came. Copenhaver responded by grabbing the child’s arm and moving his face close enough that droplets of his spit hit the child.

“You now have coronavirus,” police say he proclaimed.

The incident occurred at Ricky T’s restaurant in Treasure Island, Florida. Copenhaver was reportedly "intoxicated," according to Fox13.

After the alleged incident Copenhaver, who was not wearing any shoes, turned his attention to employees of the restaurant.

He approached a worker in a "threatening manner and attempted to strike him twice," his arrest affidavit reads.

Copenhaver was restrained by the employee and taken outside to wait for police to arrive.

The boy, whose age was not revealed, has not been tested to see if he caught the virus from the vile interaction. It is additionally unclear whether or not Copenhaver was infected at the time.