Shooter, 18, killed female student, 23, and wounded three more after writing 'people have to be punished now' in text

A TEEN gunman shot a female student dead and wounded three others after opening fire at a university having sent a sick text declaring "people have to be punished now" just moments before.

The 18-year-old, a biology student, stormed a lecture hall at the University of Heidelberg in Germany before fleeing and turning the gun on himself. 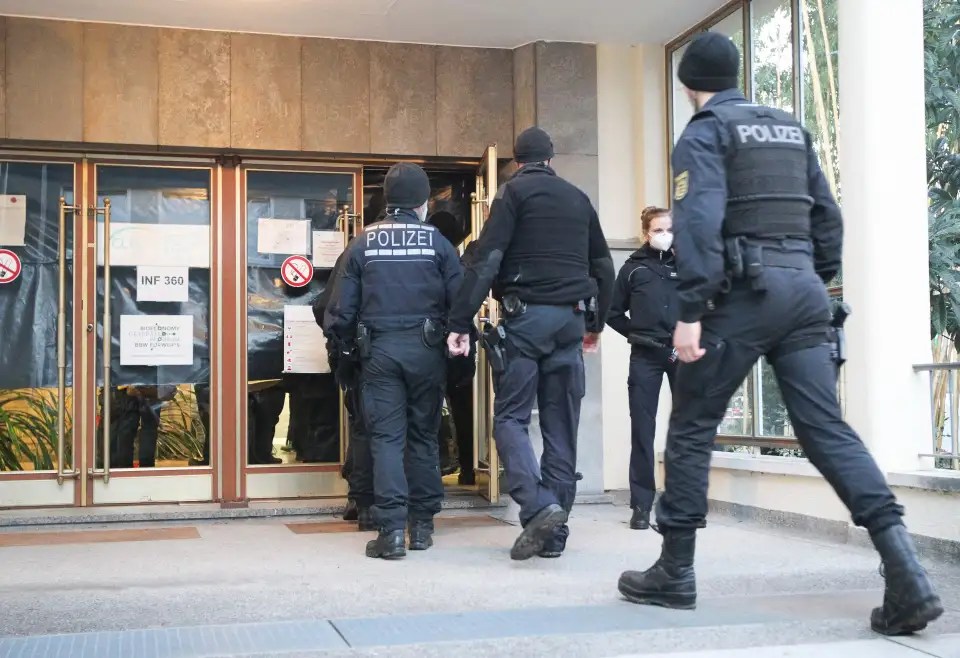 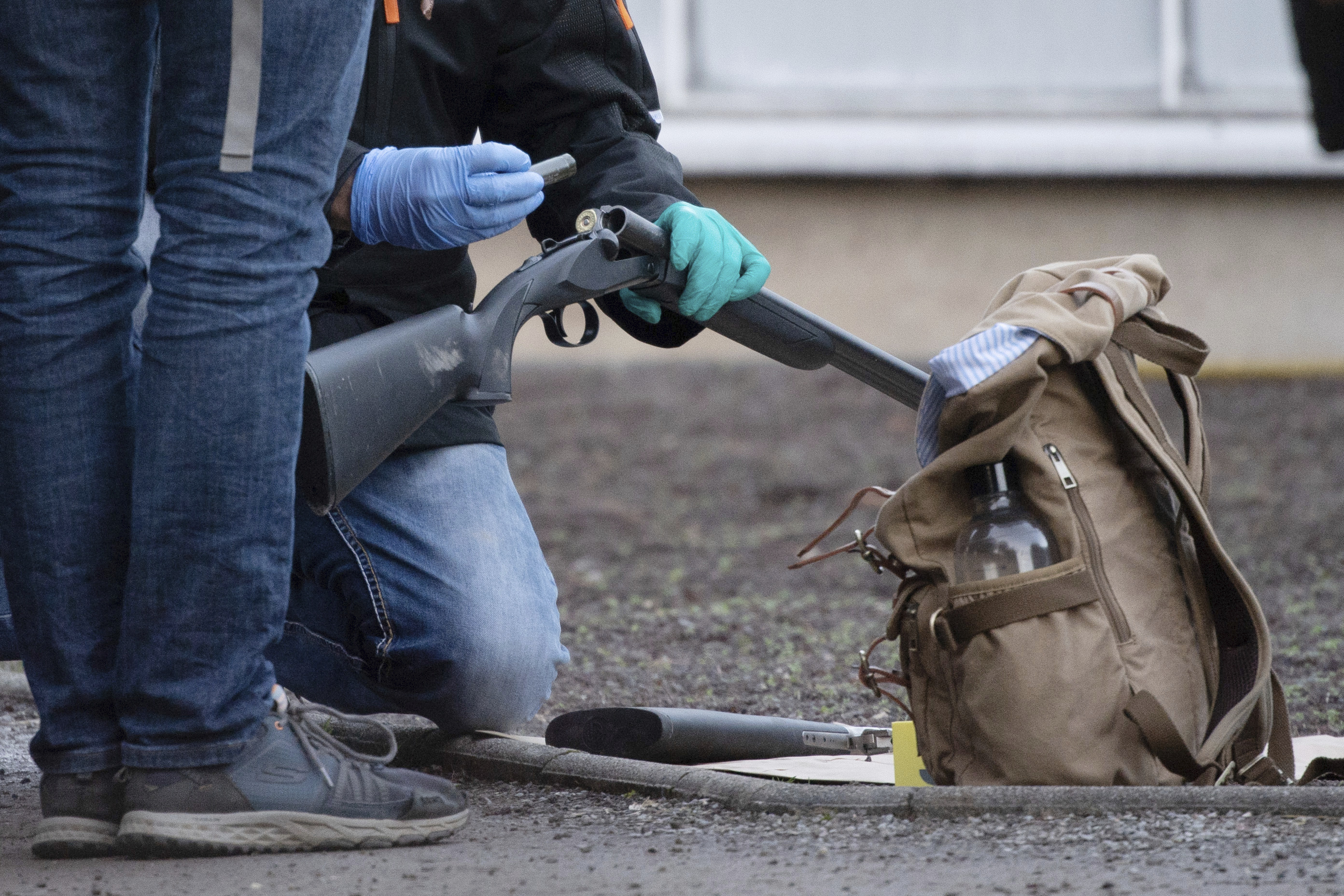 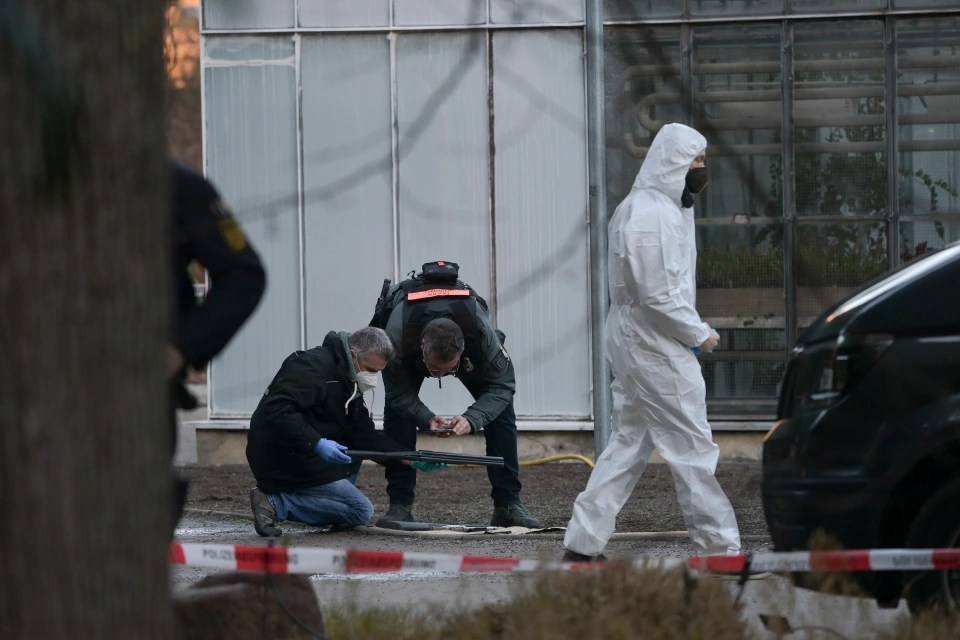 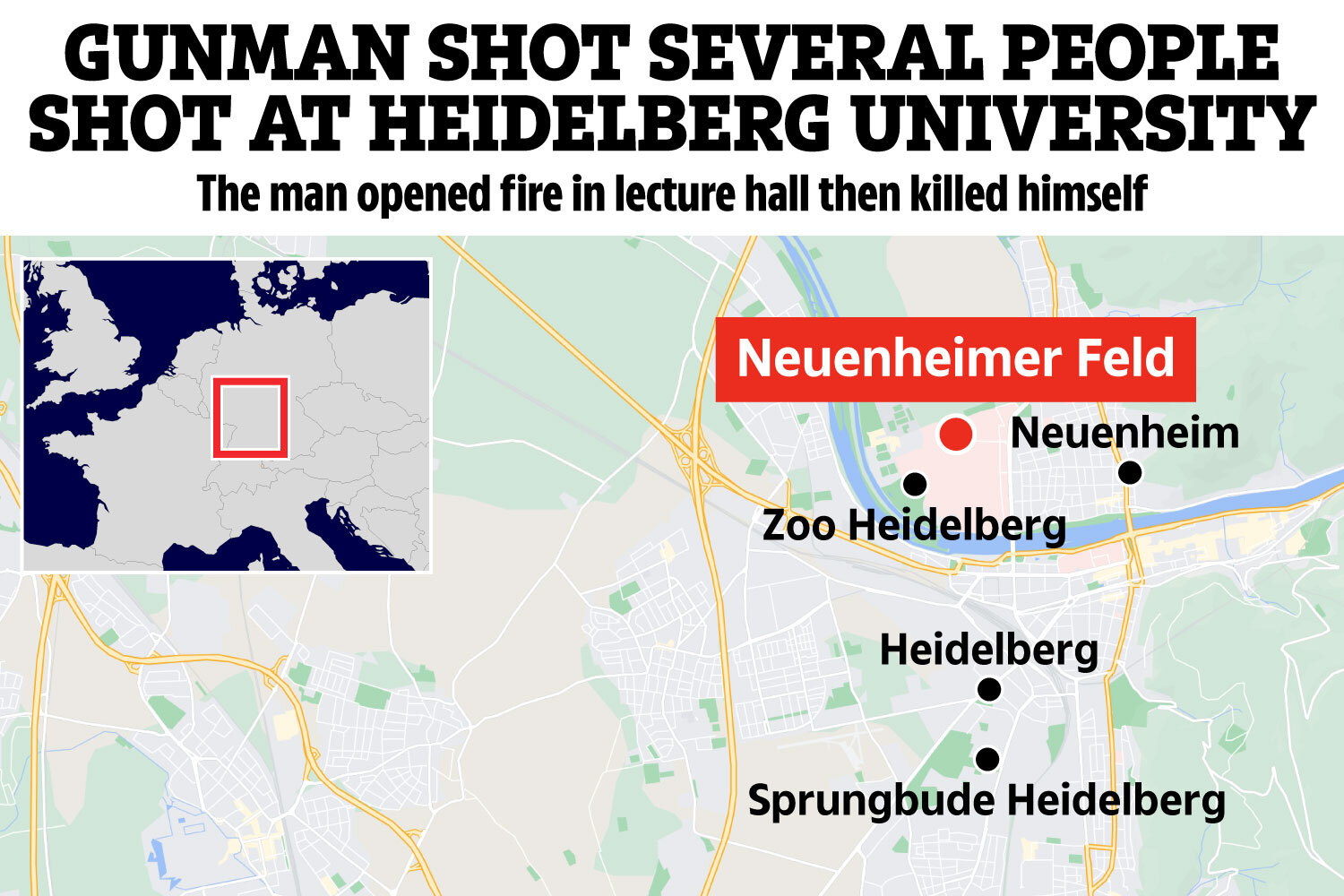 According to police, the lone shooter – a student at the uni – sent a Whatsapp message to "one person" immediately beforehand.

He wrote "that people have to be punished now", said Siegfried Kollmar, president of the Mannheim police headquarters, at a press conference in Mannheim.

In the message, he had also wished for a burial at sea.

Mannheim police said the horror unfolded just before midday local time as the teen -carrying what they described as "two long guns” – burst into a lecture hall and after opening fire, fled outside the university building and killed himself.

One of the victims, a 23-year-old woman, was shot in the head and died from her injuries.

Three others were also injured in the attack, and it's understood the teen had no licence for the firearms.

Cops believe the suspect, who carried more than 100 rounds of ammunition, had no political or religious motives.

It's understood the German had bought the weapons abroad.

When he entered the lecture hall, it's reported he was carrying a light-coloured backpack containing the weapons and ammunition.

Security sources said that it was more likely that he had been involved in a relationship or had psychological problems.

Police are investigating the incident, as well as the message the teen reportedly sent before unleashing the vile attack.

"We will still have to verify that, too," Kollmar stressed.

"We will now investigate his surroundings in the next few days, at full speed."

Investigators want to check all his whereabouts and who he met with in recent days.

It's reported the teen had his own flat and a room at his parents house – which have both been searched.

Baden-Württemberg's Prime Minister Winfried Kretschmann expressed his shock, adding: "My thoughts are with the families and their relatives. We are at your side."

Minister of the Interior Thomas Strobl (CDU) added: "For the injured and those involved, including those who were in the tutorial, I hope for a speedy recovery in body and soul." He said it was an "appallingly stressful situation".

Chancellor Scholz said, "It tears my heart to hear such news." The SPD politician expressed his condolences to the relatives, the victims and the students of Heidelberg University.

Science Minister Theresia Bauer visited the scene of the crime in the afternoon and told of her shock.

"I am horrified," she said.

"It leaves one speechless when innocent young people have to experience something like this in university life."

The student body described the incident as a "catastrophe".

"We are shocked beyond words," said chair Peter Abelmann.

"This is a catastrophe beyond anything imaginable between lectures, exams and university life." 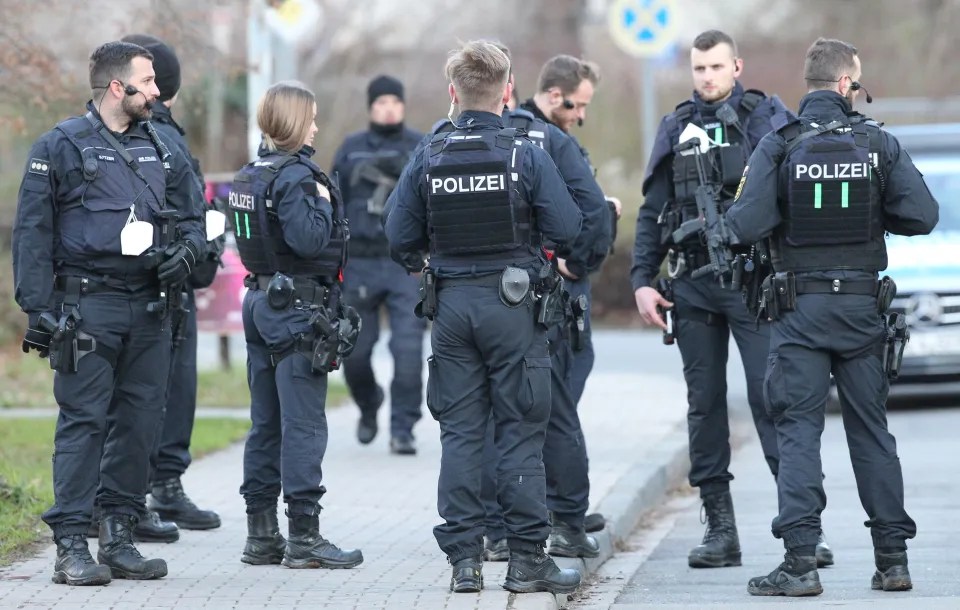 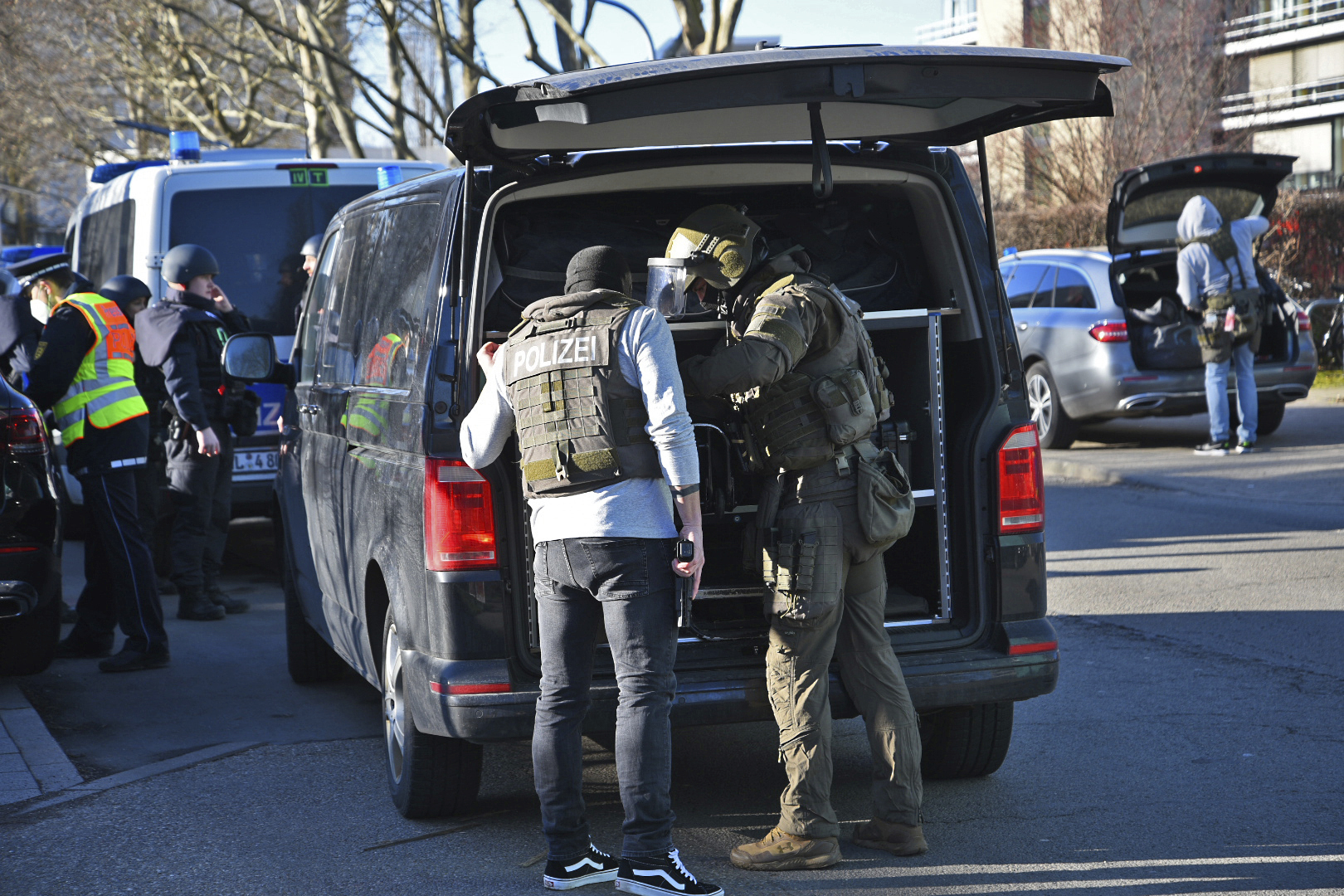