A manhunt for a suspect in the shooting of a sheriff’s deputy Thursday at a hotel in Rockford, Illinois, led to a wild high-speed police chase on an interstate — with the fleeing fugitive reportedly pointing a gun out his window at officers, according to police and media reports. 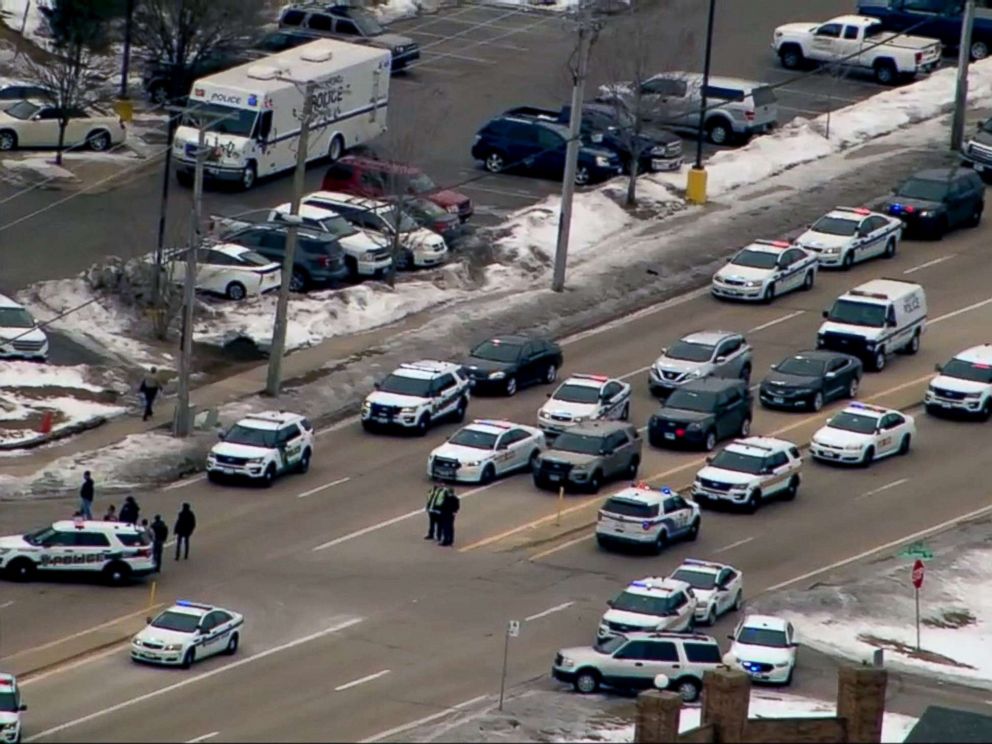 “They attempted to arrest the suspect in one of the rooms. They were fired upon by the suspect,” Brass said.

He said one of the members of the task force was hit.

“His status right now is unknown,” he added.

Authorities initially said Brown was 45 years old, and that the victim was a U.S. Marshal.

Brass said Brown, who is from the Springfield area, fled the room and was the subject of a massive manhunt involving officers from at least seven law enforcement agencies.

“The suspect is at large right now,” Brass said. “Of course, Mr. Brown is considered armed and dangerous.”

He said Brown is believed to be driving a silver or light-blue Mercury Grand Marquis with either the Illinois license plate BF13112 or a temporary plate of 4850256.

Brown’s car was spotted headed south on Interstate 55 and police were chasing him toward Lincoln, WLS-TV reported. The chase reached speeds of 100 miles per hour and the driver was pointing a gun outside his vehicle window at police pursuing him, WLS-TV reported.

The car reportedly spun off the road and into a ditch near Lincoln, some 160 miles from Rockford, according to WLS-TV. It was not immediately clear if Brown was injured or under arrest.

Brown was wanted for an armed robbery and several burglaries that occurred in December in Bloomington, WLS-TV reported.

This is a breaking news story. Please check back for updates.