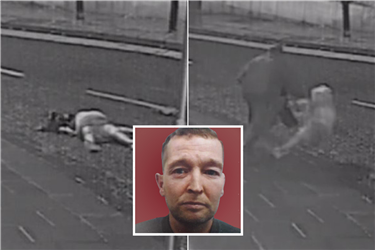 THIS is the sickening moment a defenceless gran was knocked to the ground during a ­terrifying robbery.

CCTV footage shows Anne Marie Flynn, 65, being shoved on to the road by a serial thief in Dublin city centre. 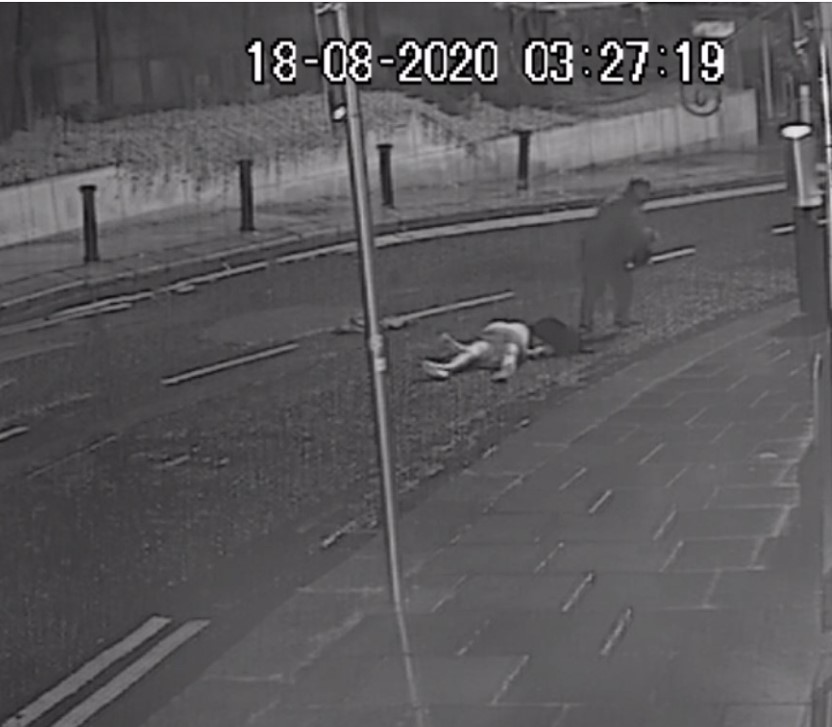 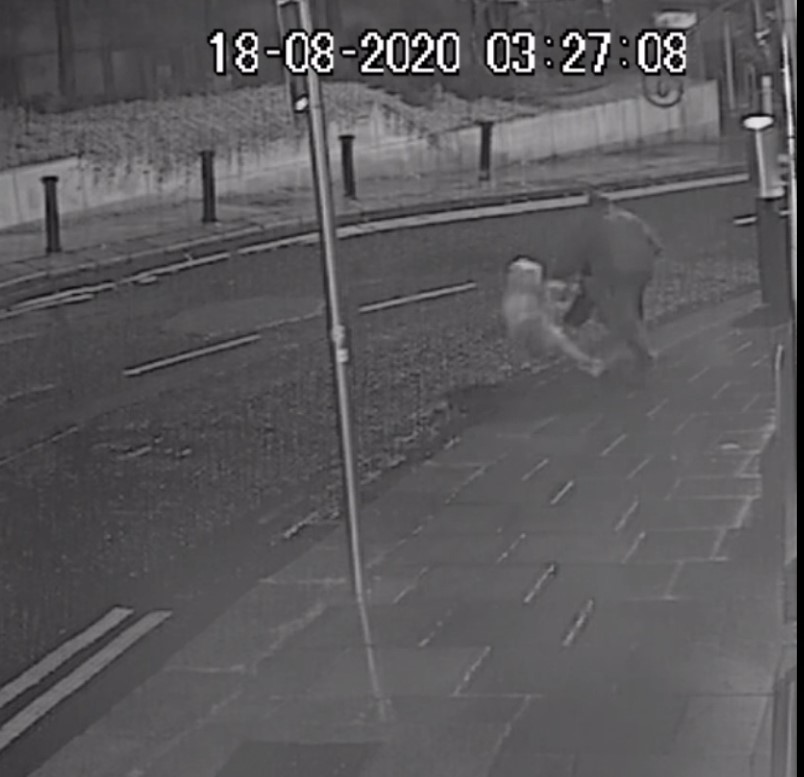 Mark Duggan can be seen targeting his victim as she made her way along the deserted street in the middle of the Covid-19 pandemic.

Shock footage then captures the moment the thief lunges at the stunned pensioner as he attempts to grab her handbag.

Ms Flynn is seen putting up a brave fight as Duggan tries to prise her handbag from her hands.

­Seconds later, she is shoved to the ground and bangs her head on the roadon August 18 last year.

Duggan also trips over his victim before he stands up and rummages through her handbag as she lies unconscious on the road in the ­pouring rain.

She was only rescued after a porter from a nearby hotel came to her aid.

The Dublin woman’s phone contained images of her dad and sister, who had both passed away, along with images of her grandchildren and other special family occasions.

Duggan’s victim’s device and purse have never been recovered. 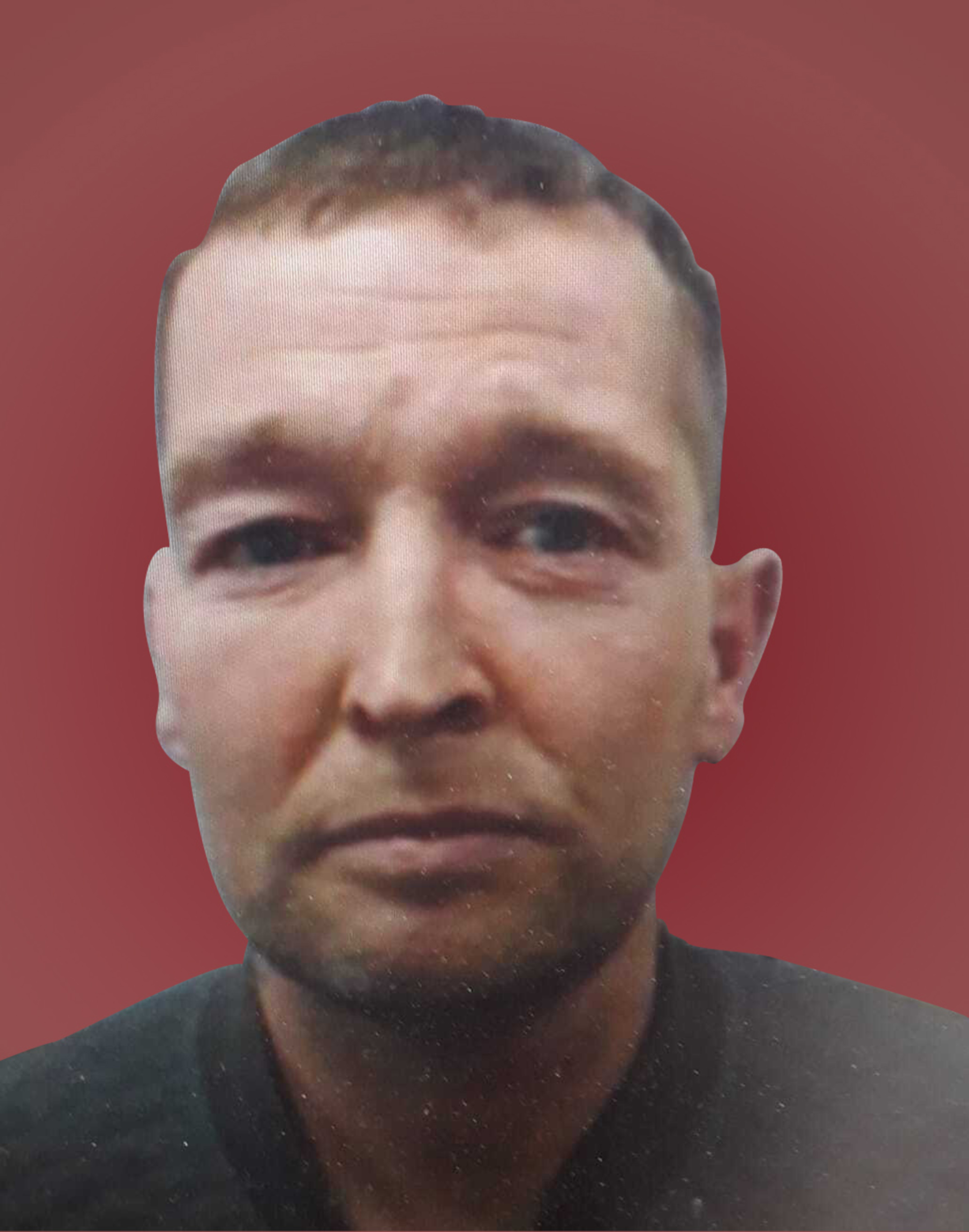 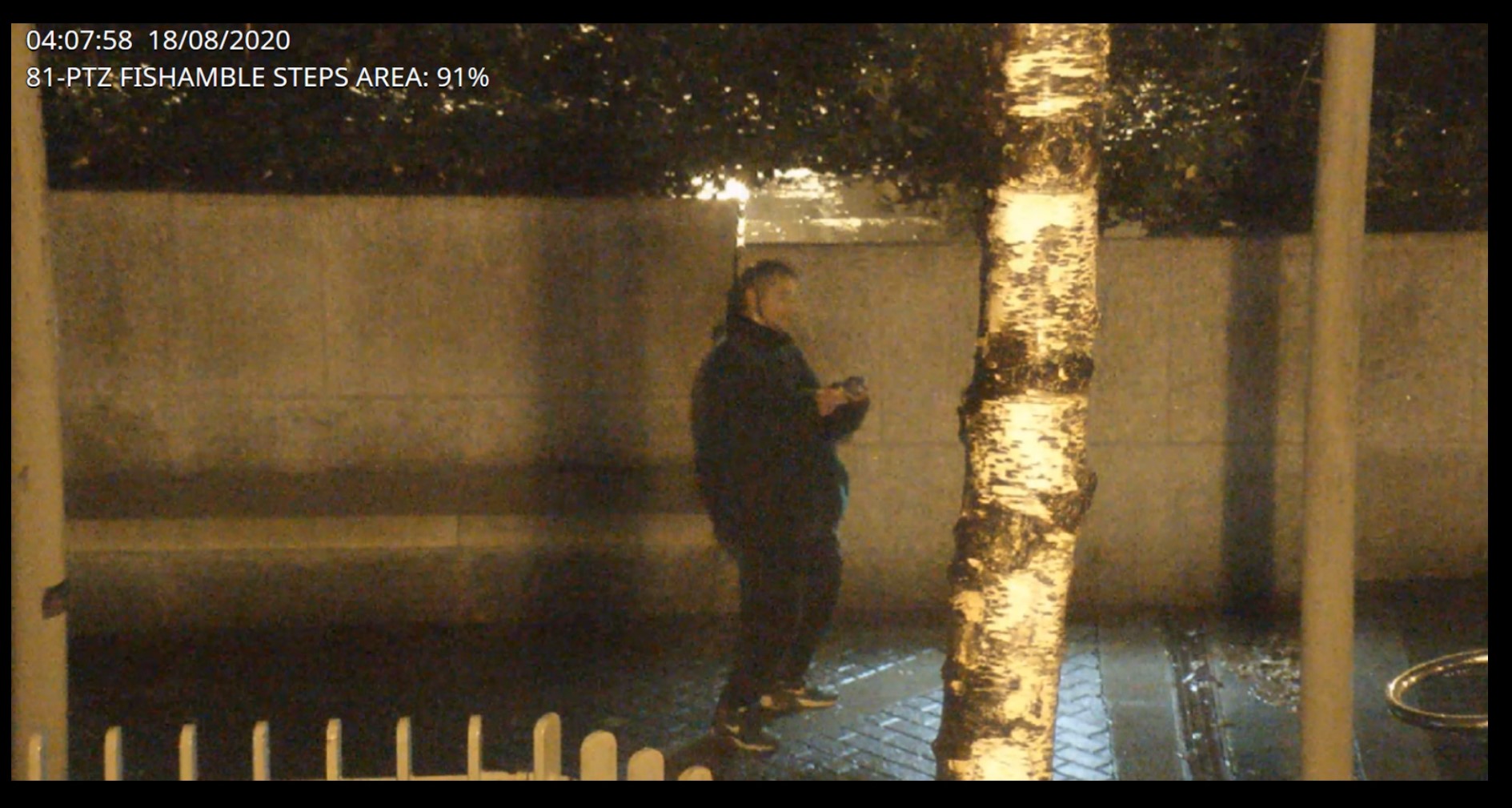 Following the brutal attack, Ms Flynn had eight stitches in her head, bruising to her leg and damaged ribs. Since then, she has also ­suffered from headaches and severe neck pain.

She was targeted as she made her way to the hotel where she was staying for the night.

But Duggan — who has 133 previous convictions — is no longer a threat to pensioners in the capital after he was caged for four years at Dublin’s Circuit Court last week.

In an exclusive interview with the Irish Sun, the mugging victim told of her ongoing pain and torment.

Ms Flynn, who was caring for her elderly mother at the time of the attack, said: “I was lying on the ground in the dark thinking I was going to die and this was the way I was going to go.

“He left me with a horrible lot of memories. I really have lost my confidence but I know I will come out of this and it will take a long, long time.

“But I will tell everyone about Duggan and how they should be aware of people like him. I will still be here and I can forgive eventually but he will never change.

“When I was in the hospital I thought the colour of the bandage on my head was red but this was just because of the blood.

“He will always be in the gutter and God help people out there when he gets out of prison.”

She added: “I am a carer for my mother who is 89 and I didn’t see her for a week after that night. I couldn’t let her see my bruises.

“I had to tell her I had the flu but she later took a stroke and she was kept in hospital for 11 weeks. When she came back my bruises were gone so she wasn’t told.”

She added: “I haven’t been able to go out in the evening or at night. I’m not confident enough to take the chance to go even for a walk alone.

“I would have been able to do this and wouldn’t have thought about it before this happened but I’m afraid when someone comes up behind me on the street.

"Even when I visit my mother I have to take a taxi because I’m too nervous to walk on my own.

“I miss my telephone and there was a lot of lovely memories on it with photographs but now they can never be replaced.

“My left leg hasn’t been the same and it goes from under me every now again. I don’t carry a handbag any more and everything is in my pockets.

"My ribs also still get sore in the cold weather. I now have to take a taxi everywhere and I’m afraid when people come up behind me.

"Now I have to think about who might be around when I’m crossing the road. When I got panic attacks I had to go on herbal tablets and I went back on the smokes.

“People who commit such crimes need to be aware of the long-term damage they can cause to innocent people. Crimes of this nature don’t just end in one night.”

Ms Flynn also paid tribute to her family and the Gardai for helping her cope since last August, adding: “I have had great support from my family since this incident and I can’t thank them enough.

“The gardai also did an excellent job and I am thankful to them for everything they have done for me.”

The Irish Sun can reveal Duggan was identified as the chief suspect within hours of officers viewing CCTV footage.

He emerged as a suspect because his life had been saved by gardai after he had an overdose just a few months before he attacked Ms Flynn.

Once identified from the footage, he was arrested the following day in Edward Street. Although refusing to comment on the attack when interviewed, he later pleaded guilty to robbery when he appeared in court.

Judge Martin Nolan described the attack on Ms Flynn as “horrendous and despicable”.

And CEO of the charity Alone, Sean Moynihan said: “While incidents such as these are frightening at any age, it is disappointing to see that there are people out there who would take advantage of an older person like this, particularly in these strange and uncertain times.

“We need to ensure older people are protected physically and ­mentally.”
Contact Alone on 0818 222 024 from 8am-8pm seven days a week or visit www.alone.ie.