Shaun Frazier, 40, from Flatbush, Brooklyn, was charged earlier this month with acting in a manner injurious to a child, police said. 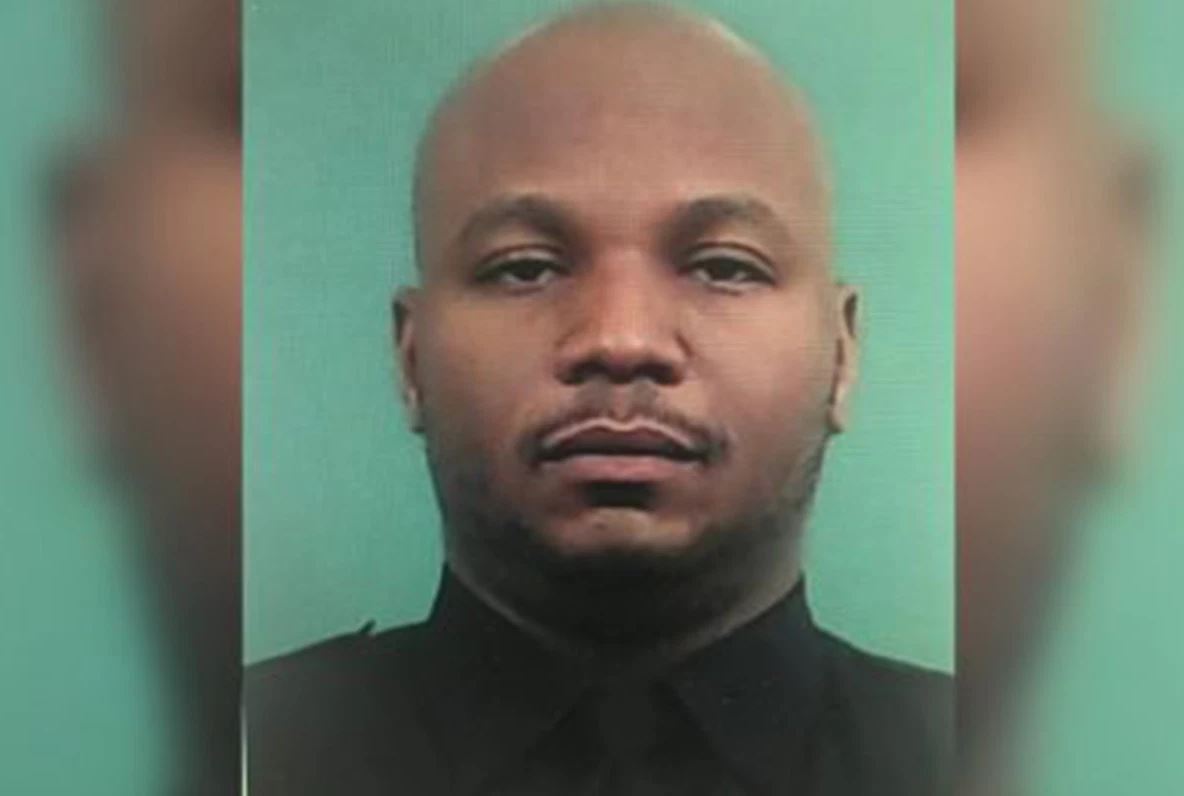 His alleged offences were uncovered during an internal affairs investigation and were said to have taken place in 2017.

He was caught in Bensalem Township, Pennsylvania on Saturday and extradited to New York on Monday for questioning, according to police sources.

After the charges were brought forward, Frazier resigned from his role in the NYPD's building maintenance department which he had held for five years.

He was suspended without pay following that arrest before allegedly striking again.

The alleged victim in this case was 10 years old at the time and was a family friend.

The disgraced cop allegedly attacked the young girl while he was babystitting her and her little brother, according to police sources.

She then ran to her room closely followed by Frazier who allegedly removed her cellphone and landline to prevent her calling her mother, according to The Brooklyn Daily Eagle.

After the incident, Frazier turned himself in to police and was later arraigned at Brooklyn Supreme Court on a single count of endagering the welfare of a child.

But he was spared jail when his lawyer succesfully argued that he wouldn't be a flight risk because he had been caring for his dementia-stricken mother.