She has her mother’s name tattooed on her right shoulder, but Vanessa Amorosi is taking her to court over allegations of unpaid earnings from a long musical career.

The Absolutely Everybody singer has filed legal action in the Supreme Court against her mother, Joyleen Robinson, seeking the proceeds from royalties, tour income and investments she claims went missing. 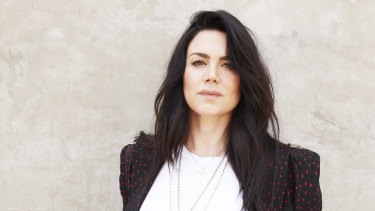 In a statement of claim filed by her lawyers, Amorosi says she was 17 and attending Emerald Secondary College, south-east of Melbourne, when her mother took control of her finances in September 1999.

“Joy told Vanessa that she would arrange for her income to go through a company to protect her from creditors,” the document says.

Ms Robinson set up a company called “Vanjoy”, the court documents state, in which she and Amorosi owned half the shares. Income was paid to Vanjoy, it is claimed, with decisions and transactions controlled by Ms Robinson.

The following month, Amorosi released her big hit single, Absolutely Everybody, which peaked at number six on the Australian charts and went top ten across Europe.

Her first album, The Power, was released soon after and reached four times platinum status in Australia, indicating sales of at least 240,000 copies. Amorosi’s live performances in 2000 included the Sydney Olympics.

In the following years, Ms Robinson is alleged to have set up more trusts and companies, telling Amorosi it was to further protect her money and allow her to invest it.

However, Amorosi, 39, claims she often didn’t get what she was owed over a period spanning 20 years. Instead, the money either went to Ms Robinson as management fees, was distributed to trusts to the benefit of other family members or paid to “persons unknown”.

In one example specified in the legal suit, the companies controlled by Ms Robinson assigned Amorosi an income of $862,512 in 2000-01. 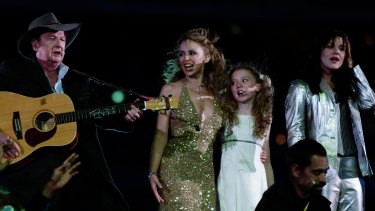 Of that money, $390,000 was used to pay off a mortgage on a Narre Warren home, which Ms Robinson and her husband continue to live in. The rest disappeared, the court documents claim.

By taking control of the singer’s financial affairs, Ms Robinson is alleged to have assumed fiduciary duties, which meant she should act in Amorosi’s best interests and not make a profit at her expense.

The court documents state that Ms Robinson either breached those duties or engaged in unconscionable conduct.

As well as “equitable compensation” for the money paid to others during her career, Amorosi is seeking to be made trustee of one of the trusts set up by Ms Robinson.

She also wants an order for the Narre Warren property to be sold and the proceeds given to her.

It is not clear from the court documents when the relationship between Amorosi, who is now based in Los Angeles, and her mother broke down. Photos posted on social media by Amorosi show that she has the word “Joyleen” tattooed on her shoulder.

Amorosi’s lawyer declined to comment while the matter was before the courts. Ms Robinson could not be contacted. It is understood the writ is still in the process of being served.