Sitting ducks! Flock of more than 60 birds are rescued from the M25

Sitting ducks! Flock of more than 60 birds are rescued from the M25 after they strayed onto the carriageway before being rounded up TWO HOURS later

Around 60 ducks had to be rescued from Britain’s busiest motorway on Sunday evening.

The birds were seen waddling on the M25 motorway near Watford, Hertfordshire and needed to be led to safety by police and RSPCA officers.

Animal collection officer Katie Wright had to chase after the birds for more than two hours on the motorway before she coaxed them all into carriers before releasing onto nearby waters. 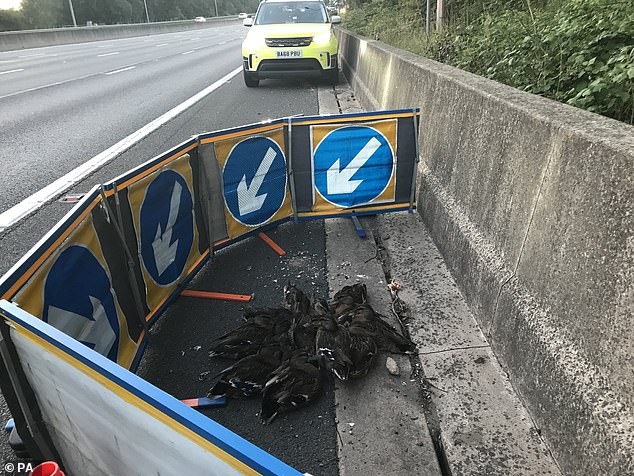 Ms Wright said: ‘I expected to arrive to find a mother duck and a brood of ducklings – but when I got to the scene there were dozens and dozens of ducks everywhere.

‘The highways officers and Hertfordshire Police closed the road so we could round the ducks up and corral them into carriers.

‘Sadly, some birds had been hit and killed on the road before the highways officers arrived. But we were able to round up around 60 of them.’ 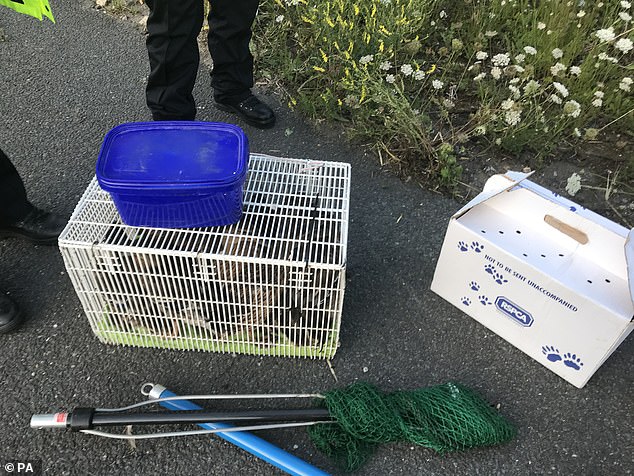 The ducks were collected and placed into carriers, before being put on the water near Rickmansworth Aquadrome

It is not known how the ducks managed to end up on Britain’s busiest motorway or where they had come from, but many too small to fly so had to find alternative means to find cover from vehicles.

After being rescued, the birds were then placed onto water near Rickmansworth Aquadrome at sunset, according to the RSPCA.

Ms Wright added: ‘It was insane. There were ducks everywhere and, because they couldn’t fly, they were quite literally sitting ducks.

‘I filled up every kennel, cage, box and other receptacle in my van with ducks. But there wasn’t enough space so I had to do two runs. 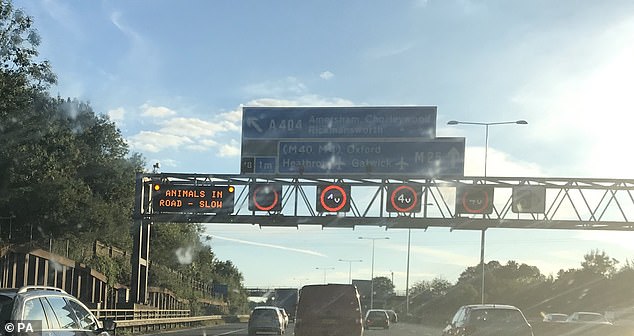 ‘I was sprinting down the fast lane, weaving between the halted traffic with a net trying to catch the stragglers. It was crazy.

‘I even had a police escort to Rickmansworth Aquadrome as I couldn’t manage all the birds myself so they came to help unload them all and release them onto the water.

‘It was so lovely to release them at such a beautiful spot at sunset. They were splashing around and paddling off into the sunset – it was so rewarding.’