BRITS will be faced with wintry showers in an Arctic PLUNGE on Easter Monday after a dry and bright weekend.

Snow, sleet, and hail are expected to fall during the -3C freeze on Monday – after a week where Britain saw one of the hottest March temperatures on record. 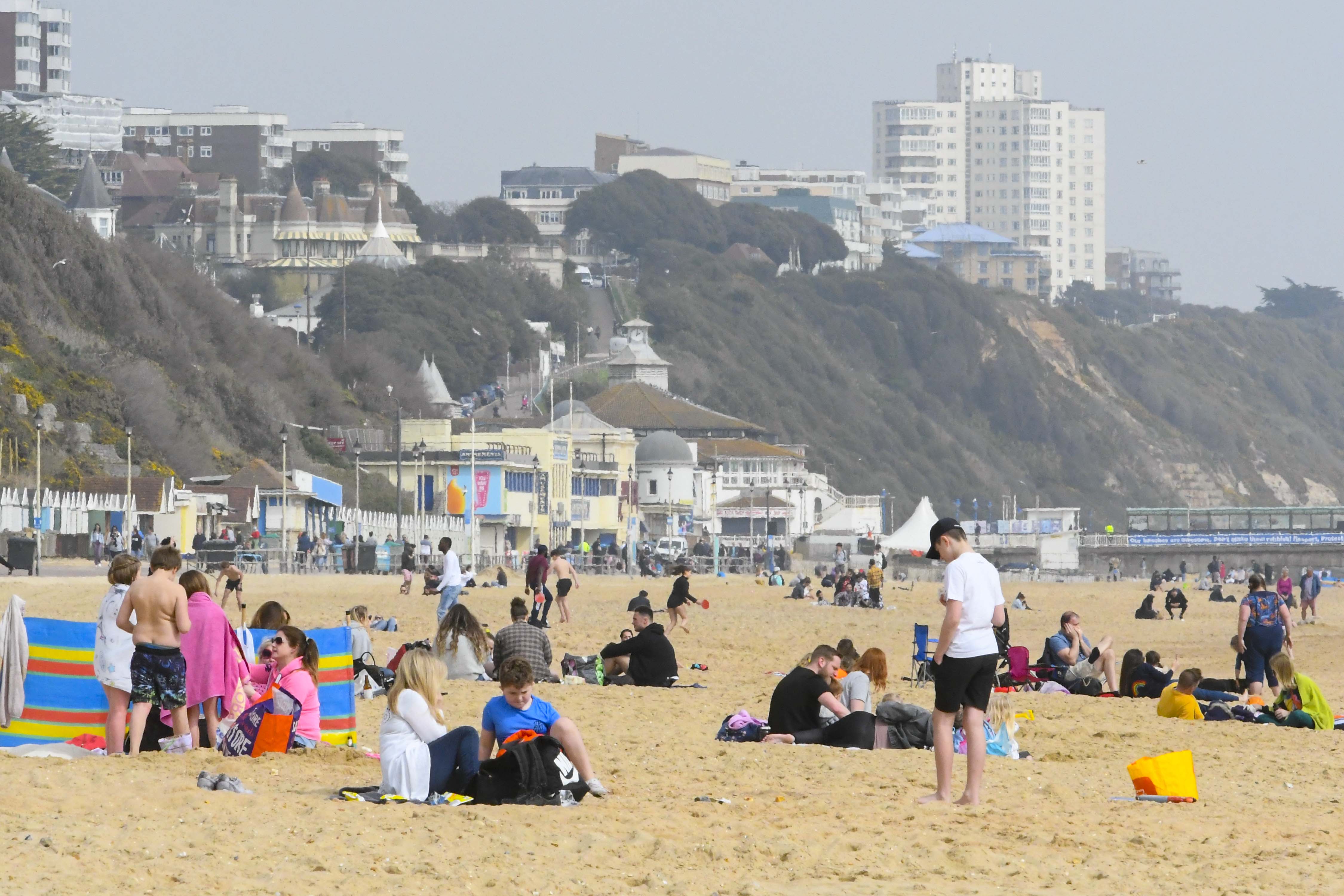 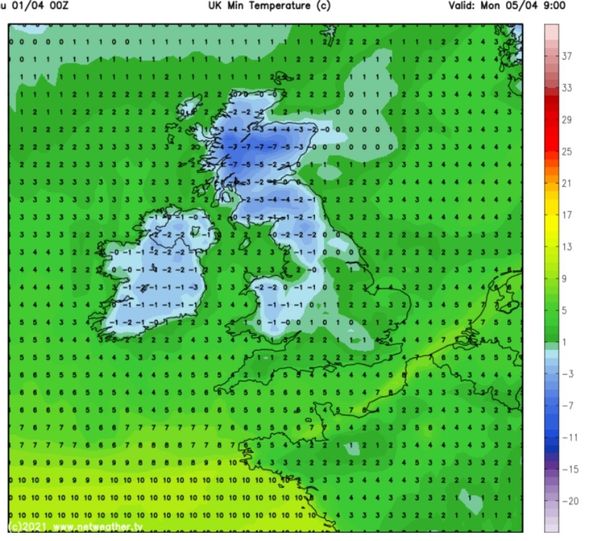 There will be a "massive step down" in temperatures on Sunday night into Monday – as all areas across the UK approach freezing.

The wintry showers are set to fall sporadically on Easter Monday while the freezing arctic maritime air mass grips Britain.

And the arctic chill will be accompanied by strong northerly winds – which will make the outside feel even colder.

On Monday, mercury will plunge to lows of -3C in Aberdeen, Scotland, -2C in Leeds, and a nippy 0C in Norwich.

Grahame Madge, a spokesperson for the Met Office told the Sun Online: "The real cold is coming in late on Sunday and into Monday, and by Monday most places in UK will be subject to this Arctic plunge.

"It will be bringing wintery showers to northern England and Scotland, but we could also see wintery showers anywhere sporadically, and what we will see is likely to be hail, sleet, or snow.

"What we're experiencing is a two-stage process. High temperatures we saw on Tuesday and Wednesday are being clipped.

"Now we're seeing average temperatures for this time of year, but there will be a massive step down on Sunday night and Monday."

As the showers develop quickly, they will bring a chill of wintry sleet and snow just a week before outdoor dining opens in England.

The weather expert added that it will "probably be too cold for rain to occur, certainly north of southern England."

But the sleet and snow showers won’t necessarily last long, before easing off again – but Brits will still be waking up to frost on their lawns in the mornings next week.

Easter Sunday is set to be bright and dry for many – and will be the best day for Rule of Six meet-ups in the garden, with temperatures topping 15C in southern areas.

And on Good Friday today, southern England and Wales will see temperatures in double figures, with highs of 12C in London and slightly chillier weather as you move north.

Despite this week playing host to the hottest day of the year so far, the bookies now make it just a 2/1 shot for snow to fall anywhere in the UK before the weekend is out.

Alex Apati of Ladbrokes said: "Temperatures are set to take another turn and the odds suggest we could even see snow this Easter weekend."