Storm Dennis is forecast to rampage through Britain on Saturday morning bringing gusts of up to 80mph to coastal regions. The fourth named storm of the season has prompted the Met Office to issue four amber and two yellow weather warnings. The low-pressure system has also paved the way from freezing air to push in from the Atlantic and new maps have revealed exactly when heavy snow showers will strike.

According to NetWeather snow risk maps, the wintery showers will blanket large parts of Britain from Saturday evening into Sunday afternoon.

From 6pm on Saturday, the charts forecast there is more than an 80 percent chance snow will cover the north west of Scotland.

The snow showers are set to push further southwards towards the north of England by midday on Sunday, with the north west the worst affected.

According to WXCharts, the west of Scotland could see as much as six inches (16cm) of snow overnight on Saturday. 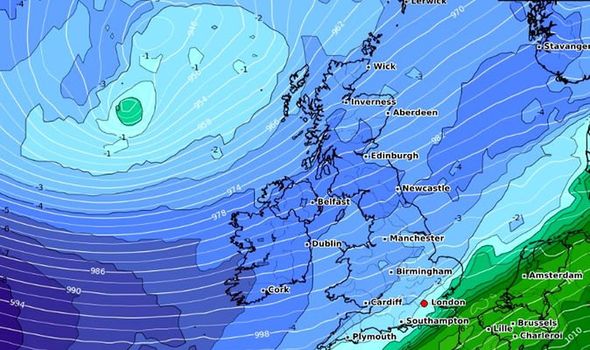 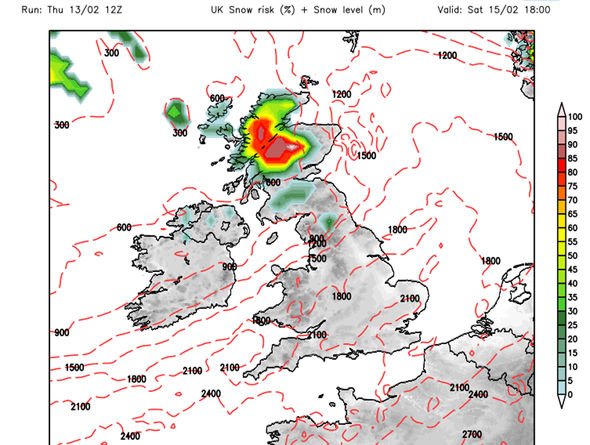 The snow showers will get heavier into Sunday evening with a further five inches set to fall .

Netweather.TV forecaster Terry Scholey said the unsettled weather will begin on Friday and continue into the weekend.

Mr Scholey said: “Friday is just as unsettled with more wet and windy weather, especially in the North and West.

“The rain, heavy for a time, will be preceded by snow on Scottish hills. 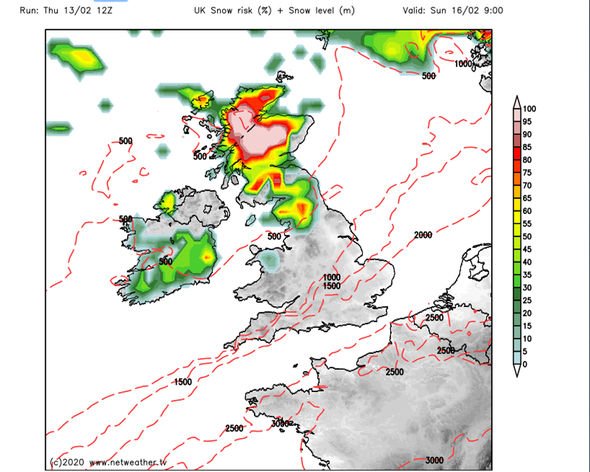 “As temperatures rise, this coupled with melting snow has already prompted yellow warnings of flooding particularly for central and southern parts of Scotland.

“Across Northern Ireland, it’ll be a day of sunny intervals and blustery showers.

“Some will be heavy and squally giving local hail and thunder, with this type of weather spreading to Scotland and much of North West England through the afternoon.” 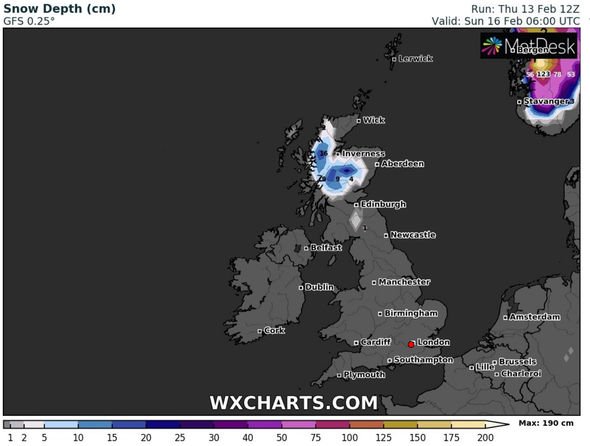 He added: “The weekend continues the theme, with the arrival of storm Dennis bringing more heavy rain and snow to northern hills Blustery or squally showers will follow.

“It then remains windy and unsettled into next week.”

The arrival of Storm Dennis comes just a week after Storm Ciara battered parts of the country, bringing winds of up to 97mph. 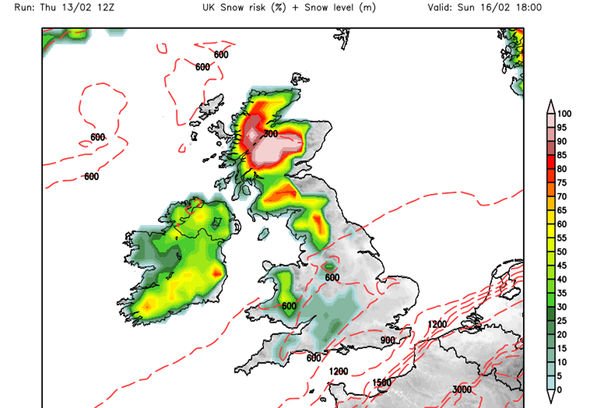 He said: “The winds will be a touch down on what we saw with Ciara but the focus is on a bit more rain with Storm Dennis due to the persistence of the rain.”

Higher locations could see as much as 50mm to 80mm over the course of the weekend, potentially rising to 140mm in some parts. 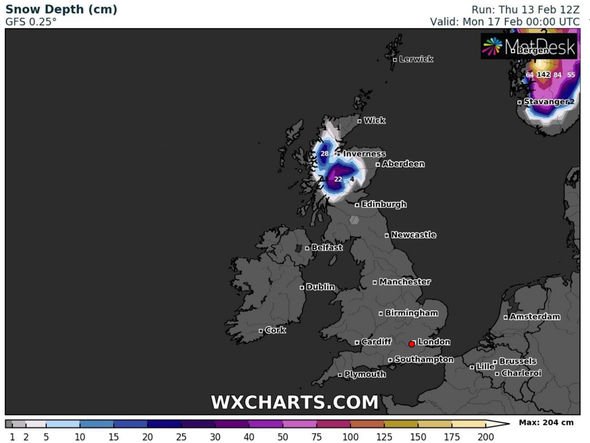 The Environment Agency currently has 125 flood alerts and 18 flood warning in force.

Despite the soaring winds, temperatures will remain fairly mild on Saturday with highs of 12C in the south and 9C in the north during the afternoon.

By Sunday, the mercury will fall to highs of 7C in the south and 5C in the north, with overnight highs of just 3C in England and lows on zero in Scotland. 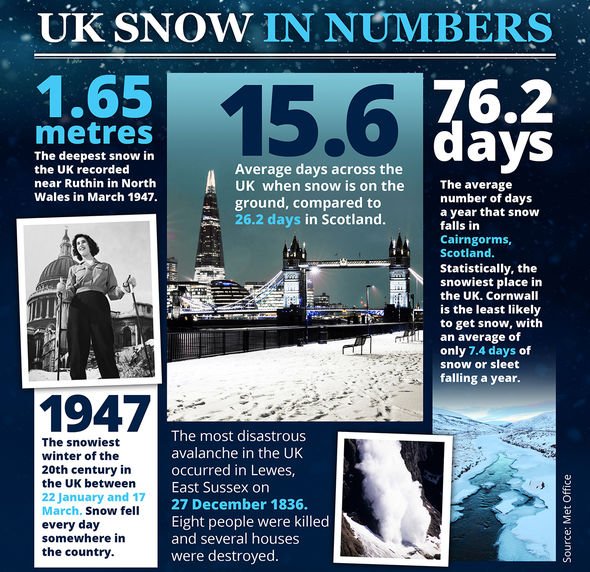 He said: “Another spell of very wet and windy weather is expected for Saturday. Although Storm Dennis is currently not expected to be as severe as Ciara, disruption is still likely.

“Our confidence in the forecast means we have been able to issue severe weather warnings well in advance, giving people time to prepare for potential impacts of the storm.”