Reckless posers have been urged to stop a social media trend that sees people take selfies, endanger their children and dance on live railway tracks in a bid for views.

Network Rail officials say images and videos of people posing on the rails have been increasingly appearing on social media sites, and are warning pedestrians not to be complacent on the tracks.

Videos and pictures relating to the dangerous craze has attracted more than one million views on popular social media sites.

The disturbing trend even recently saw parents place their toddler on a train track for a photo.

Other examples include two teenagers dancing on the tracks for a TikTok video before running away from an incoming train. 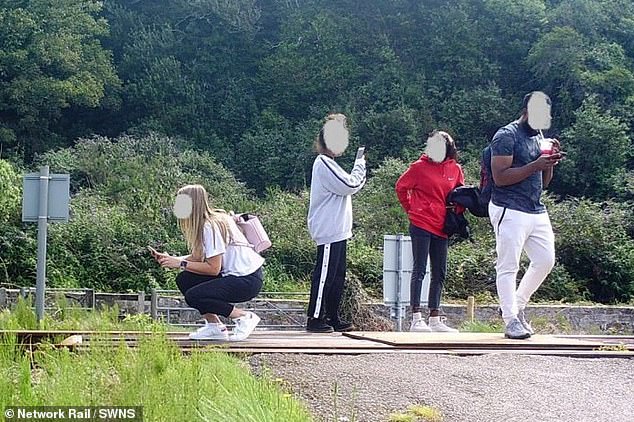 Young people are pictured posing for social media snaps on the railway tracks in Harlech in Gwynedd, Wales 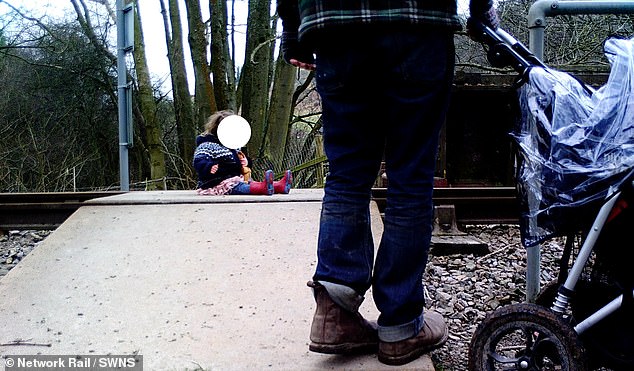 He said: ‘No photograph is worth the risk to you or the consequences to your family.

‘Messing around on level crossings, including lingering and taking pictures, is illegal and extremely dangerous.’

The operator has had to close walkways in the past to prevent reckless youngsters from posing for pictures on railway crossings.

In 2018, Network Rail shut the walkway in Matlocke, Derbyshire to deter teenagers from copying one young women who was caught on CCTV dancing and taking selfies in the middle of live train tracks.

Previously, TikTok have been reported for illegally trespassing on live rail routes to film videos for social media fame.

Others have bizarrely ignored numerous warnings to use train tracks as backdrops for selfies and even wedding pictures.

Network Rail has joined with British Transport Police and Transport for Wales (TfW) to launch a new campaign highlighting the dangers.

Their joint campaign, ‘At What Cost?’, uses an emotive new film inspired by a series of real-life incidents.

The dangerous craze has contributed to a rise in illegal access to level crossings in Wales.

433 incidents had been recorded at level crossings in Wales since the start of the pandemic but to date, that number now exceeds 500. 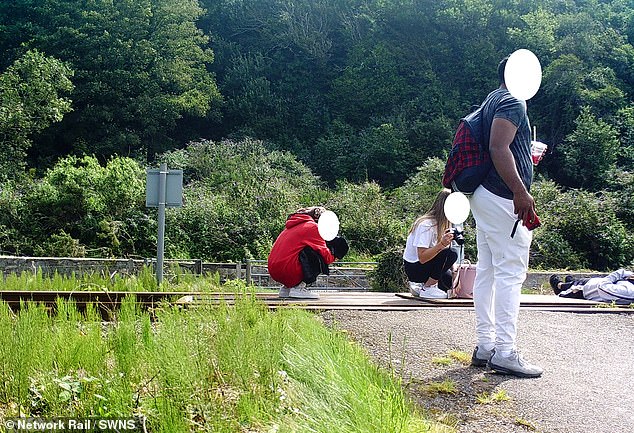 The dangerous craze has contributed to a rise in illegal access to level crossings in Wales, with more than 500 incidents recorded since the start of the pandemic 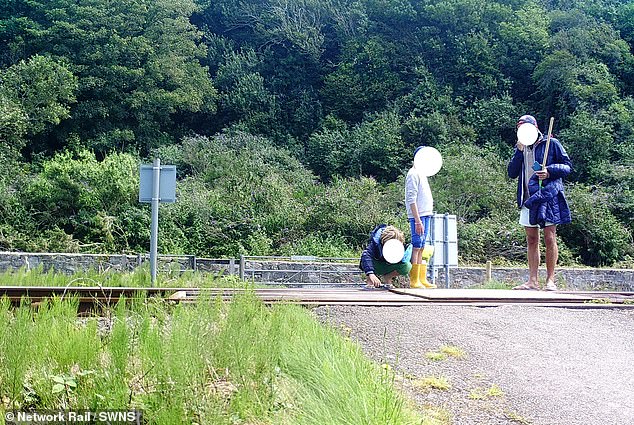 Videos and pictures relating to the dangerous craze has attracted more than one million views on popular social media sites. Above: Young people play on live tracks in Gwynedd, Wales

Ronnie Gallagher, route level crossing manager at Network Rail said: ‘Our campaign has been designed to complement our priorities of risk management, education and enforcement – all while encouraging people in Wales to consider the true cost of taking a risk at a level crossing.

‘With an expected rise in staycations – not to mention the school holidays – there has never been a more important time for us to launch a campaign around level crossings.’

The campaign illustrates some of the motives people give for taking risks at level crossings – whether to save time, show off in front of friends or take an ‘Instagrammable’ photograph.

The film will be shown on TikTok, Instagram and Spotify as well as some schools and holiday parks.

Richard Powell, inspector at British Transport Police said: ‘Messing around on level crossings – including lingering to take photos – is illegal and extremely dangerous. You could be taken to court and face a £1,000 fine.

‘Trains approach almost silently, so if you’re distracted, you won’t notice until it’s too late.

‘Take care around level crossings. No photograph is worth the risk to you or the consequences for your family and any bystanders.’