A controversial king of South Africa’s AbaThembu, the traditional clan of founding president Nelson Mandela, has been arrested after allegedly attacking family members with an ax at their royal homestead.

South African police confirmed Friday that King Buyelekhaya Dalindyebo has been charged with malicious damage to property and assault by threats.

He allegedly attacked his son Azenathi, who had been acting on his behalf while he was in prison for assaulting some members of his clan and setting their homes alight. 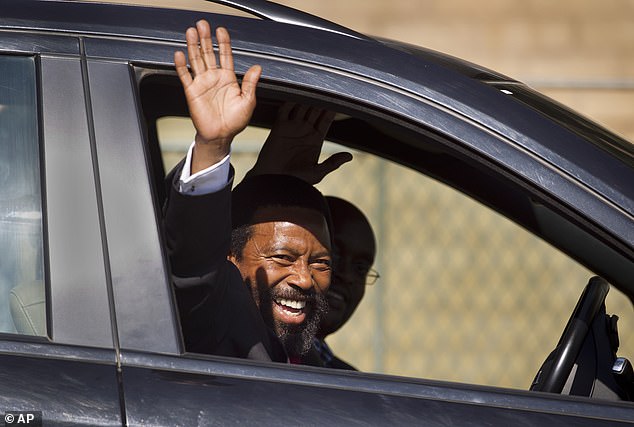 King Buyelekhaya Dalindyebo, pictured, was released from prison in December while serving a 12-year jail term for aggravated assault, kidnapping, arson and defeating the ends of justice. After his release he applied for a presidential pardon to overturn the conviction 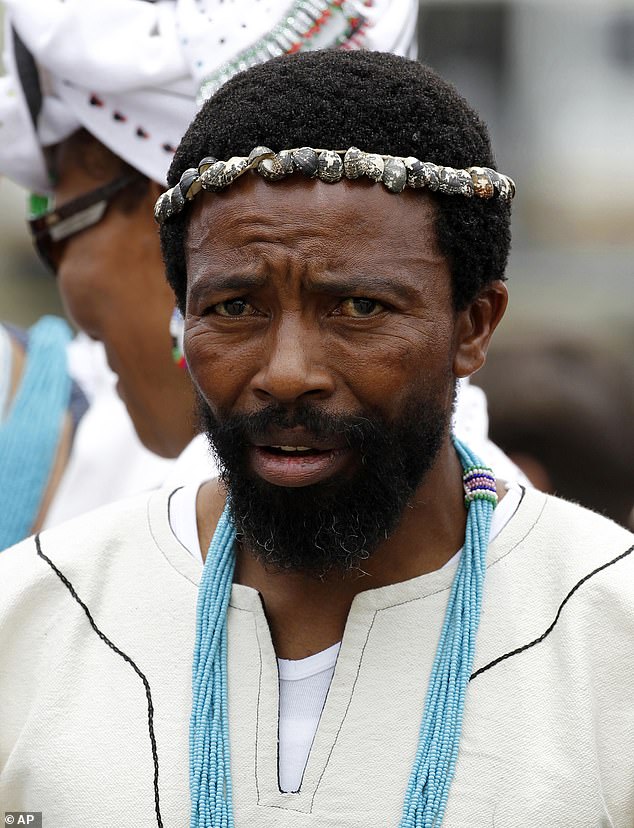 Dalindyebo, pictured, allegedly attacked his son Azenathi, who he has fallen out with

The two have been reported to have a rocky relationship, and King Dalindyebo opposes his son succeeding him as leader.

Dalindyebo’s arrest follows his release on parole in December last year after serving four years of a 12-year sentence for aggravated assault, kidnapping, arson and defeating the ends of justice.

He was granted parole after President Cyril Ramaphosa announced last year that certain catagories of prisoners should be released.

It in unclear at this stage how the new allegations against him will affect his parole and his application for a presidential pardon, which is currently being considered by Ramaphosa, according to Justice Minister Ronald Lamola.

In 2013, Dalindyebo controversially denounced the ruling African National Congress party, claiming the party and its then leader Jacob Zuma were corrupt and had distorted Mandela’s legacy.

He joined the liberal opposition party, the Democratic Alliance, which withdrew his membership after he was sent to jail.