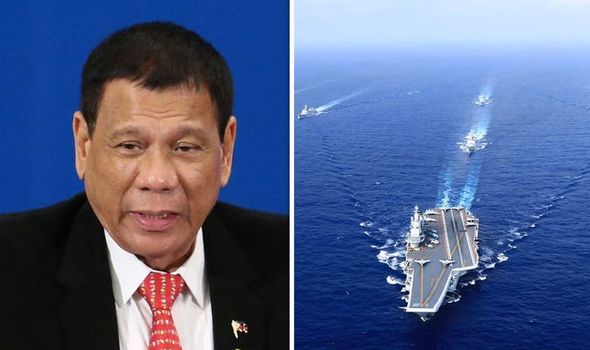 The Philippines is at risk as it lies close to the Spratly Islands’ Johnson South Reef, which the island nation claims belongs to them. However, the Johnson South Reef is allegedly equipped with Chinese anti-aircraft guns and a missile defence system which was suggested by 2016 photographs. The Philippines – which neighbours the Spratly Islands – is a long-time ally of the US but has also courted China for new investment opportunities.

In February, US Secretary of State Mike Pompeo warned that if China ever attacked the Philippines it would “trigger mutual defence obligations” which are detailed in Article 4 of a Mutual Defence Treaty between the US and the Philippines.

Publisher of the Journal of Political Risk Anders Corr, said the Johnson South Reef is actually within the Philippines exclusive economic zone.

He said: “The Spratlys were mainly fished by Filipinos, but the area is now mostly fished by China, including its subsidised maritime militia.

“China gives privileged access to its own fishermen where it has control, whereas Filipino fishermen are consistently pushed out. 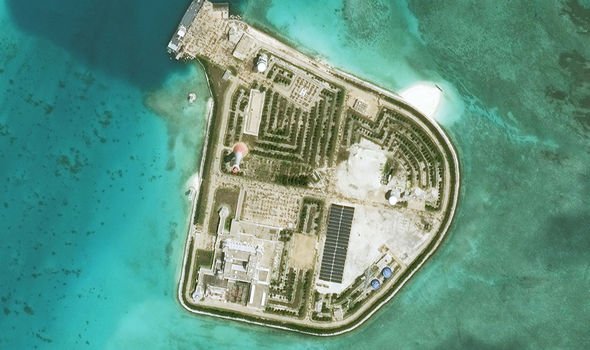 “The international legal regime and lack of enforcement have facilitated what are essentially fishing giveaways, especially to China.”

Philippine President Rodrigo Duterte has taken a soft stance on China in the hopes of getting billions of dollars of investments promised by Chinese President Xi Jinping.

Yet, the country has seen very little of the investment according to The Guardian.

The oil-rich South China Sea is a hotly disputed region with several nations including China, Philippines and Vietnam claiming the reefs, islands and waterways for themselves. 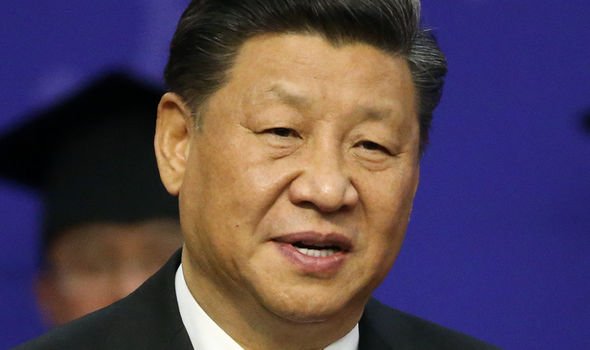 China has claimed the entirety of the Spratly and Parcel Islands but the Philippines maintains it controls several disputed islands within the Spratlys.

However, China is now building an “island city” for military operations on Woody Islands in the Paracels.

The US has deemed the move illegal and insisted the South China Sea is “international waters.”

Recent moves by Beijing have garnered global scrutiny and have led to a show of US force aimed at ousting China’s expansion.

The US conducted the B-52 mission in March as a “freedom to navigate” display in the Spratlys but the Chinese Government view these missions as provocation.