Southern Australia braces for coldest end to April in 50 years Warnings are issued to sheep graziers as deadly chill and snow approaches. 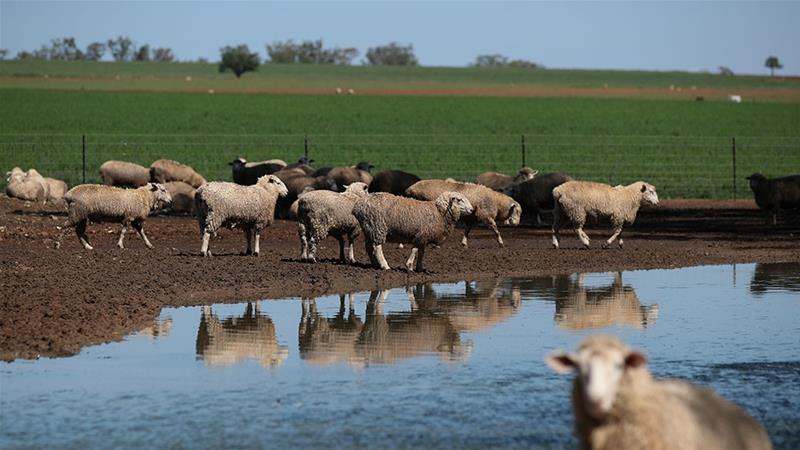 The Australia Bureau of Meteorology (BOM) has warned of much lower than average temperatures throughout southern regions of the country.

A cold front will sweep through, ushering in colder air in its wake, along with rain and snow to higher ground.

Grace Legge, senior forecaster at the BOM, explained: “Behind the system we’ve got these very strong southerly winds that are pushing up an air mass that is coming from very far south of Australia, and all that cold air is now likely to stream across the south-east later this week.”

She added: “We keep the southerly winds for multiple days, increasing the cold every day.”

Thunderstorms with strong winds and hail will accompany the cold front as it sweeps across the region.

Thursday is expected to be the coldest day, with northern South Australia, northwest NSW and southwest Queensland, forecast to record their lowest April temperatures since the 1960s or 1970s.

A warning for graziers has been issued by the BOM, and Brett Littler, senior officer with Local Land Services in NSW said “people need to be ready, especially if their flocks are lambing”.

By Friday, the cold air will reach southeast Queensland, with daytime high temperatures dipping anywhere from five to 12 degrees Celsius (9-21 degrees Fahrenheit) below the average. Overnight temperatures are forecast to fall low enough for frost throughout the interior.

After the unseasonably cold and windy weekend, next week promises a return to drier and milder weather.