Spain threatens to send national police to Catalonia after protests

MADRID (Reuters) – Spain’s interior minister said he would send national police to Catalonia if local authorities did not do more to stop protests like the one that shut down major highways over the weekend. 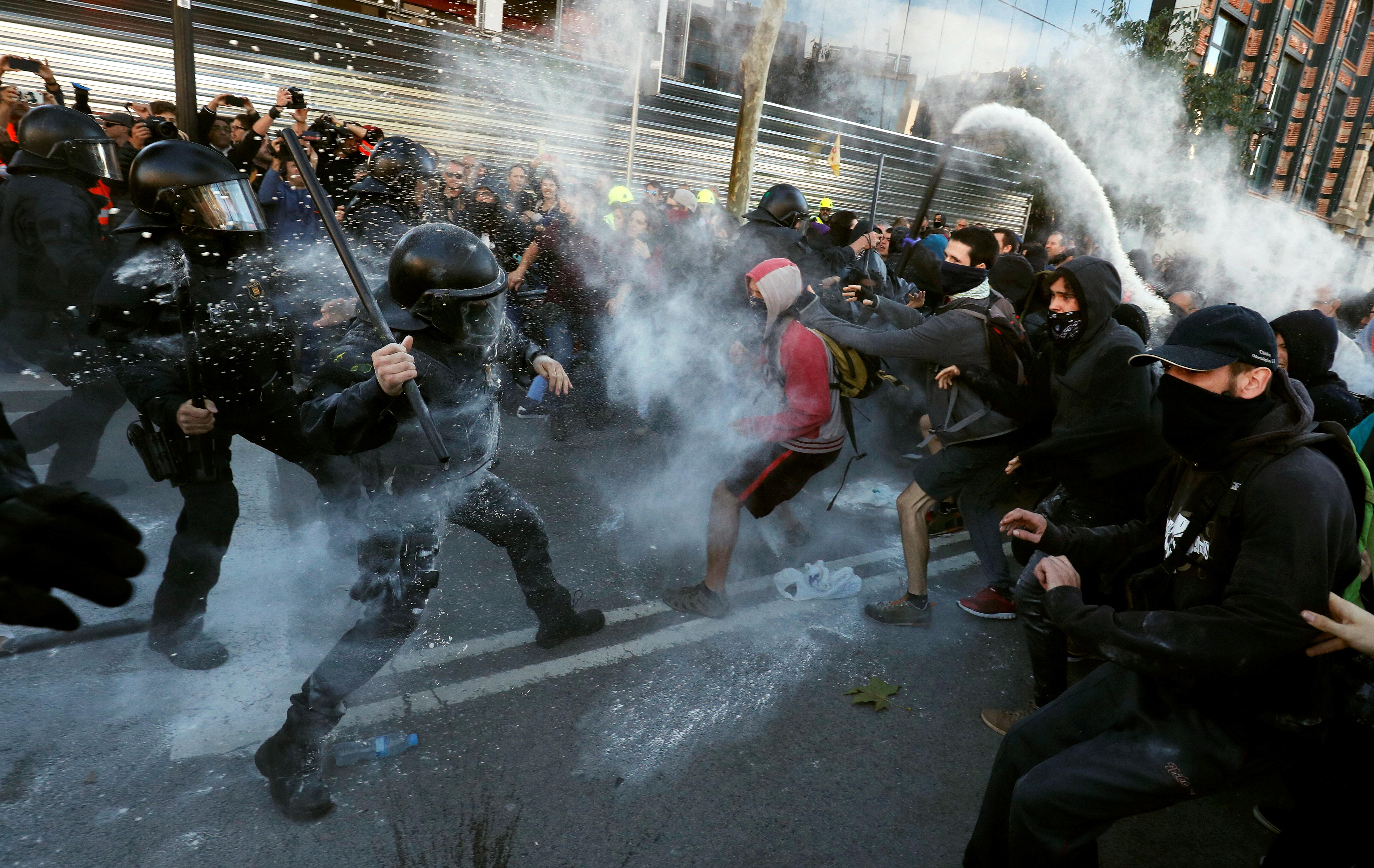 Fernando Grande-Marlaska accused the local Catalan police of doing nothing to prevent pro-independence protesters blocking the AP-7 toll road, which runs up Spain’s Mediterranean coast, for more than 15 hours on Saturday.

The involvement of national police would be a contentious issue in the northeastern region which has its own administration and where polls suggest almost half the population wants to split away from Spain.

It would also stir memories of Madrid’s decision to send in a large contingent of national police in September last year after the Catalan government called an illegal independence referendum.

“Serious disruptions of public order and traffic security, such as those seen in the last few days, need to be dealt with by the regional police,” the minister wrote to his regional counterpart in an open letter late on Monday.

“If this does not happen … the government will order an intervention by the state police,” he added.

There was no immediate reaction from the Catalan authorities.

Spain’s previous conservative government took control of the region in 2017 when the regional administration unilaterally declared independence following the referendum.

Many of the Catalan politicians that took part in the declaration are in prison awaiting trial for rebellion or in exile.

Spain’s new Prime Minister Pedro Sanchez – who came to power in June – has said he is open to a referendum on greater autonomy and has promised to lay out detailed plans in parliament on Wednesday.

But Grande-Marlaska said the local authorities had to show they could keep order and prevent a repeat of Saturday’s protests.

“It was observed that there was no intervention (by the regional police) … a reality that is difficult to deny,” he said in a radio interview on Tuesday morning.