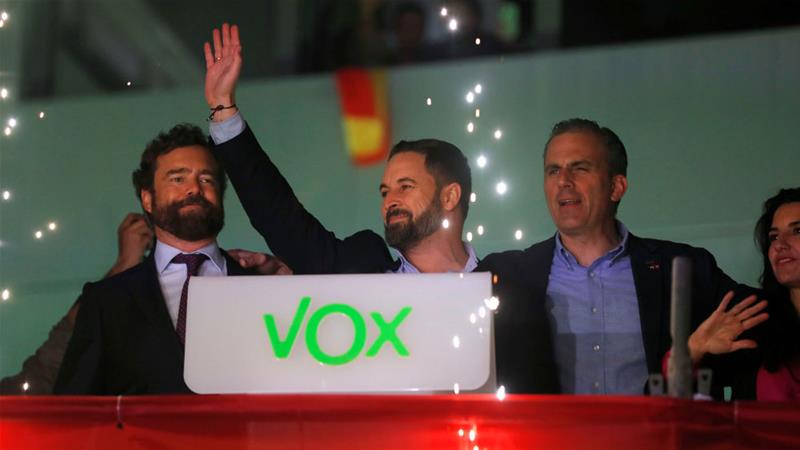 Madrid, Spain – The uphill struggle for a politically stable government in Spain steepened considerably on Sunday after the country’s fourth general election in four years. The outcome confirmed the ongoing parliamentary deadlock and provided a huge boost for the country’s far-right Vox party.

While the elections were again won by the Socialist Party, their new total of 120 seats is three fewer than in April’s polls – and far short of the 176 needed for an absolute governing majority. Caretaker Prime Minister Pedro Sanchez has already called on other parties “to act with generosity and responsibility in order to unblock the political situation”.

However, one of his potential allies, the left-wing Unidas Podemos party, has also lost seats in the elections, dropping from 42 to 35, while support for the business-friendly centre-right Ciudadanos, who rejected Sanchez’s approaches last summer, has plummeted from 57 seats to just 10.

Ciudadanos leader Albert Rivera on Monday called for an emergency congress to discuss the future of his party, before announcing his resignation after 13 years of leadership, following his party’s disastrous result.

Many Spaniards are more concerned, however, over their country’s continuing political paralysis – and such fears have now hit new depths.

“It was already complicated to see a way through this situation before, now it’s getting even harder,” Juan Carlos Hernando, a left-voting middle-aged shopkeeper said on a chilly, overcast Monday morning in central Madrid.

“With all the problems we’ve got in Catalonia and a party like Vox taking such a high number of votes, the only solution I can see is for the Socialists to form a coalition with the Partido Popular” – Spain’s principal conservative-leaning party, which bounced back from its very poor showing in April to take 88 seats on Sunday, second only to the Socialists.

“They should agree on a series of basic questions, because things are really degenerating right now. We need a minimal political consensus.” 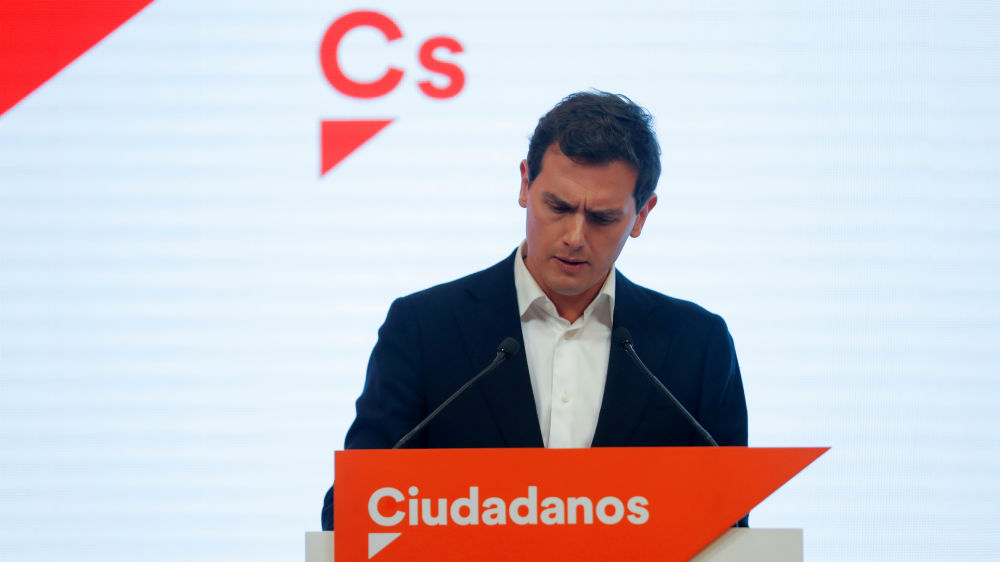 Fears that voter weariness after four elections meant participation would drop significantly proved unfounded, with 69.9 percent of Spaniards responding to pleas from Sanchez and other politicians early on Sunday morning to get out to vote.

Sunday’s turnout was two percent down from April’s elections but higher than the two previous votes in 2015 and 2016. But voters’ willingness to head for the ballot boxes has failed to end the political deadlock.

Meanwhile, hard-right supporters of Vox were jubilant as the party more than doubled its number of seats, from 24 to 52, to become the third-biggest party in Parliament.

In a usually quiet residential district of central Madrid’s northern side, hundreds of Vox supporters, mainly young people in their 20s and 30s, gathered late on Sunday night to celebrate at the doors of the party headquarters.

At the entrance of a nearby underground station, street sellers of Spanish flags and green Vox scarves were doing a roaring trade as the cheesy-but-beloved 1970s patriotic hit Y Viva Espana (Long live Spain!) boomed out over the headquarters’ loudspeakers.

But while Vox celebrations lasted long into the night, as the sun rose on Monday morning, some Spanish political observers expressed deep concern about the continuing rise of such an avowedly far-right party.

“In terms of fundamental human and social rights, when a party like Vox – which is both xenophobic and sexist – gains a bigger share of the vote, it is very worrying,” said Manuel Lopez, a history professor in Spain’s Open University, “particularly given the connections to this country’s past history with [former dictator] General Franco”.

“The embers of that era have never died away completely, and when the right wind has started blowing again, they’ve begun to burn again,” Lopez told Al Jazeera.

“It’s not just in Spain, either, in recent years there’s been a resurgence of these kinds of political formations across Europe.”

How will Vox use its newly reinforced position in Parliament? “For now, they won’t play a decisive role in the actual governing of Spain,” said Lopez.

“But they will do their utmost to slow or block laws proposed by the more progressively-minded parties.”