Spirit Airlines passenger who smoked cigarette on plane escorted off by police: video 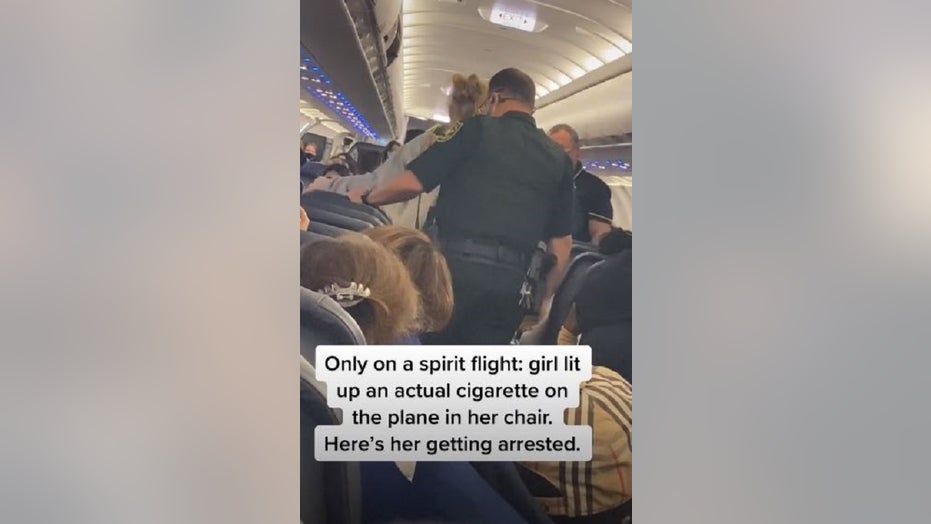 A woman on a Florida-bound flight drew the scorn of her fellow travelers after lighting up a cigarette as the airplane was making its way toward the terminal early Tuesday, according to a video of the incident recorded by another passenger.

Alexa Majdalawi, 31, was sitting directly behind the woman on a Spirit Airlines flight from Detroit to Fort Lauderdale when they landed around midnight Tuesday, she told Fox News. The plane took an hour to make its way to the gate, during which the passenger pulled out a cigarette, she said.

“She literally took out a cigarette and just started smoking,” Majdalawi, who suffers from asthma, told Fox News. “I said, ‘Is this real life?’

“She’s smoking it in my face,” she added. “She’s turning around to blow it.”

Majdalawi, a Boyton Beach resident, had traveled to Detroit to attend a friend’s wedding in Ann Arbor, Mich. Her initial flight back home was canceled the night before, she said.

As the woman was smoking, Majdalawi alerted the flight crew to the smoke but they refused to do anything, she said.

They told her she could move the back of the plane if she wished, which she did. The recording begins after she moved from her seat, she said.

Fox News has reached out to Spirit Airlines and the Broward County Sheriff’s Office. During the recording, law enforcement officers are seen entering the plane and asking the woman to go with them. She gets up and is escorted off.

Years ago, inflight smoking went hand-in-hand with flying but has been prohibited on all flights into and out of the United States.

“This has been banned for a long time,” Majdalawi said. “What decade do you live in?”