For a split-second the faces of the mum and baby in the snap merge into a single beast. 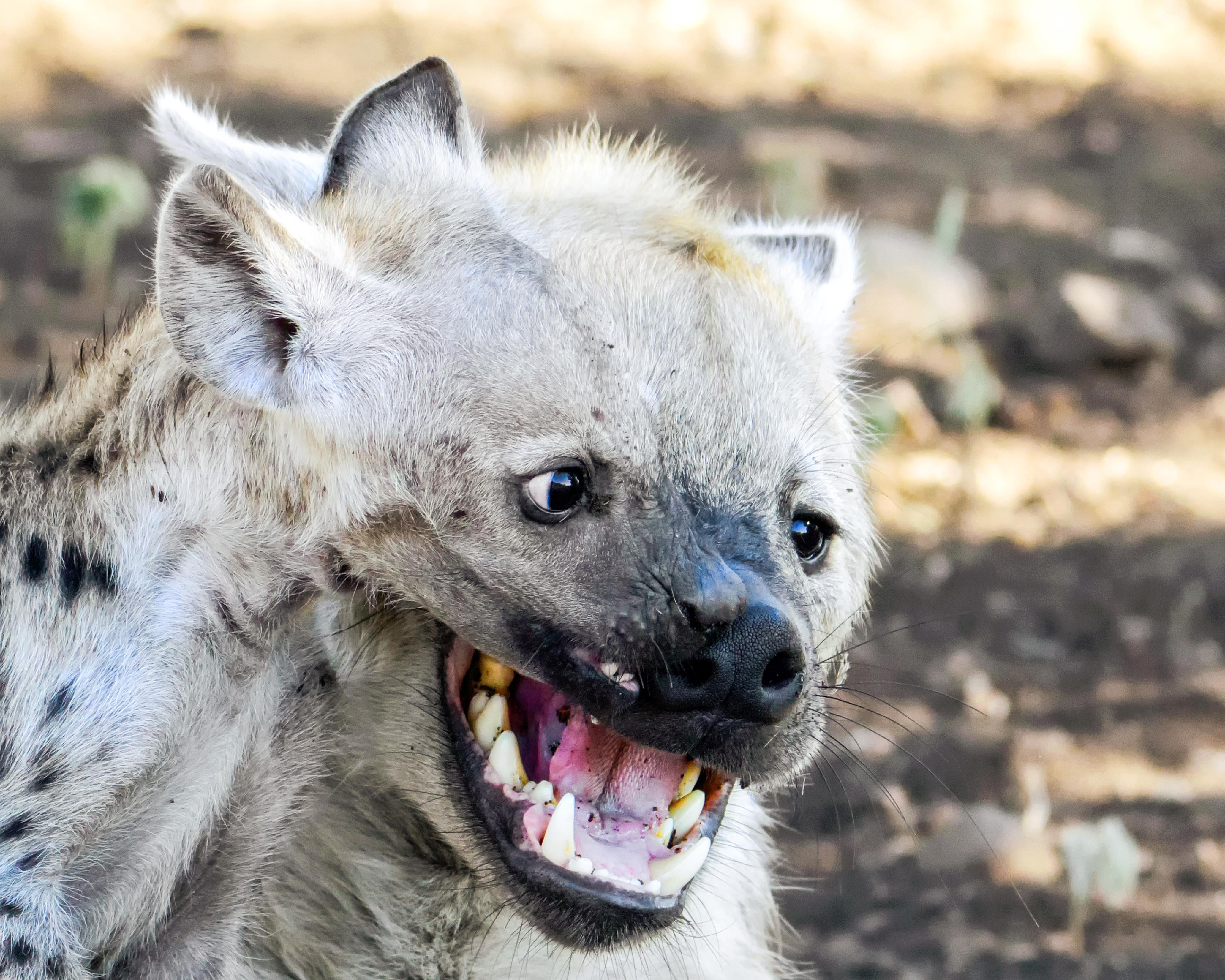 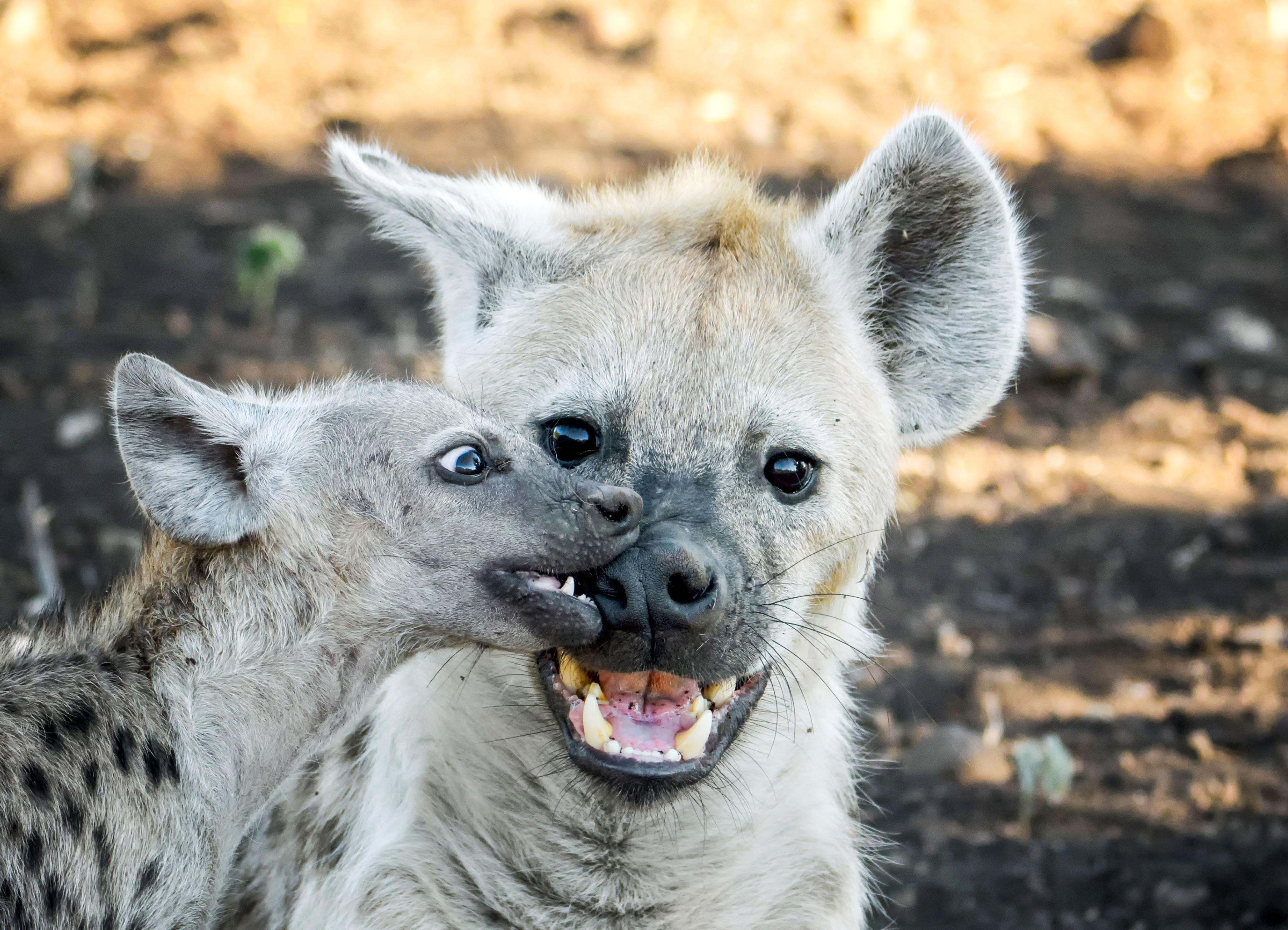 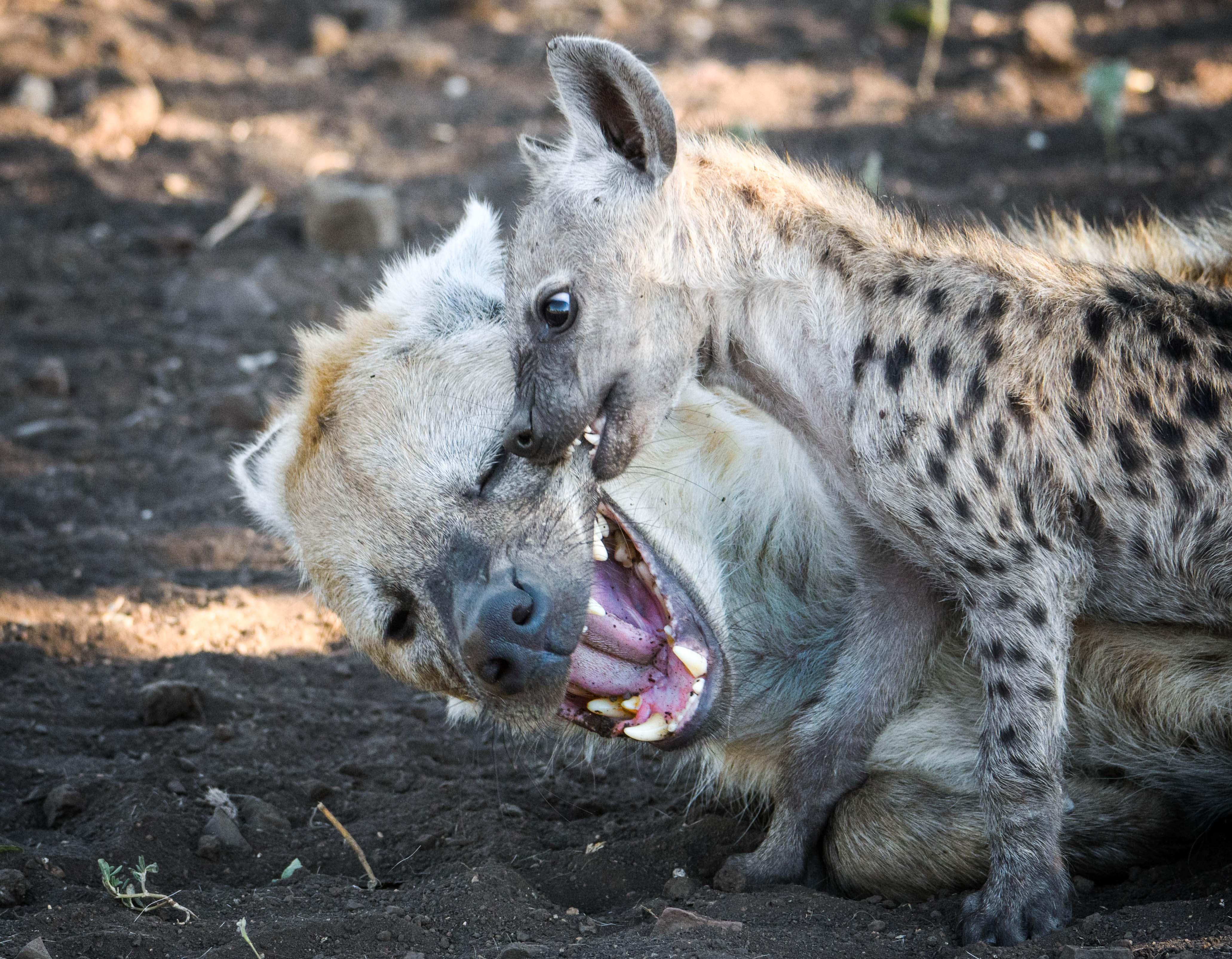 The amazingly-timed optical illusion shows a growling juvenile hyena nuzzling his mother’s face, combining the two into an almost symmetrical image.
The new creature appears to have an aggressive smile and an extremely powerful neck but sports a cross-eyed expression.

Lisl Moolman, 44, who took the photo in Kruger National Park in South Africa, said: “I encountered this hyena den just before I reached Letaba rest camp.

“There were four hyenas at the den. Two cubs, their mother and a juvenile. I noticed the cubs were in high spirits and very playful. 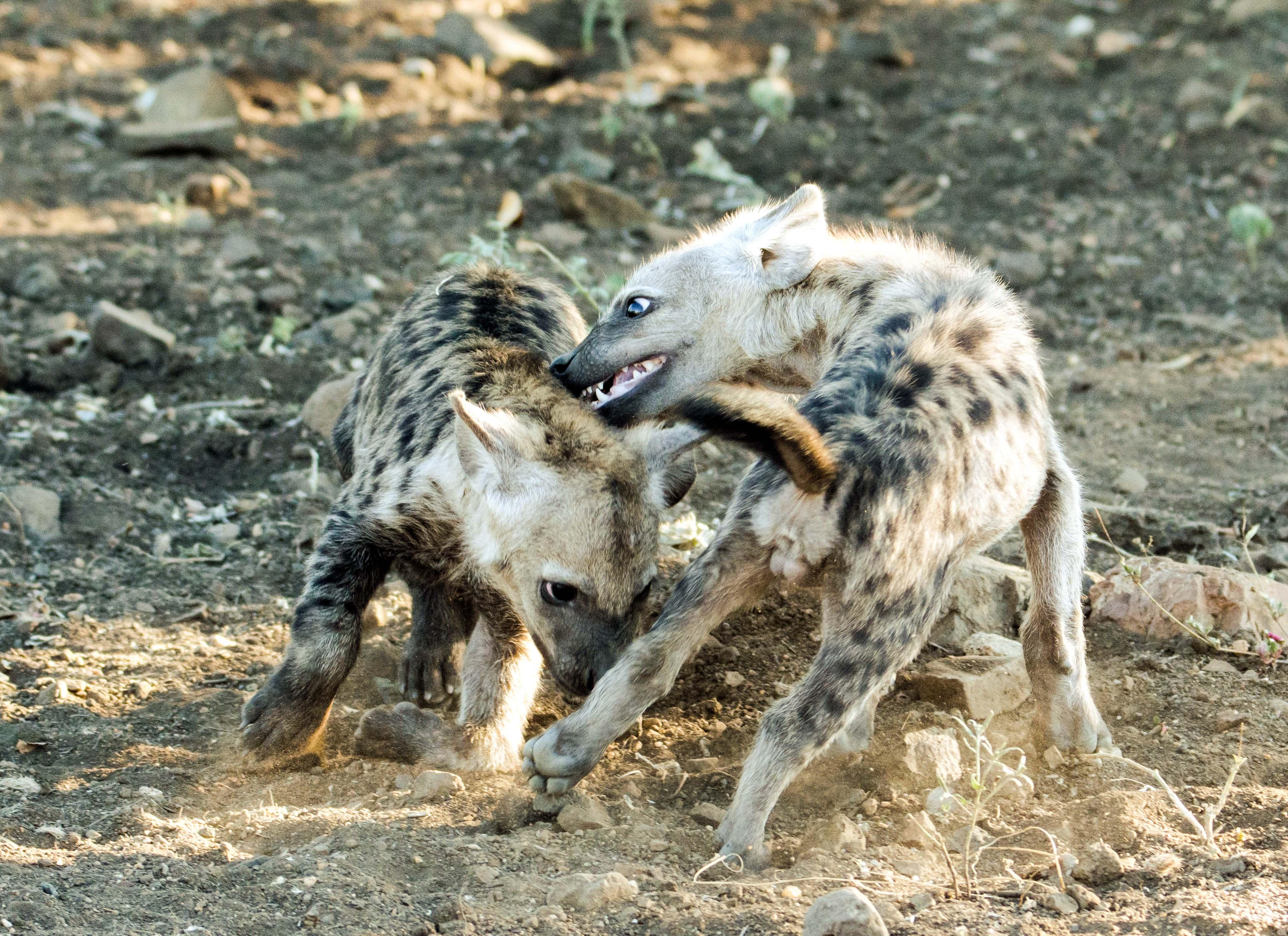 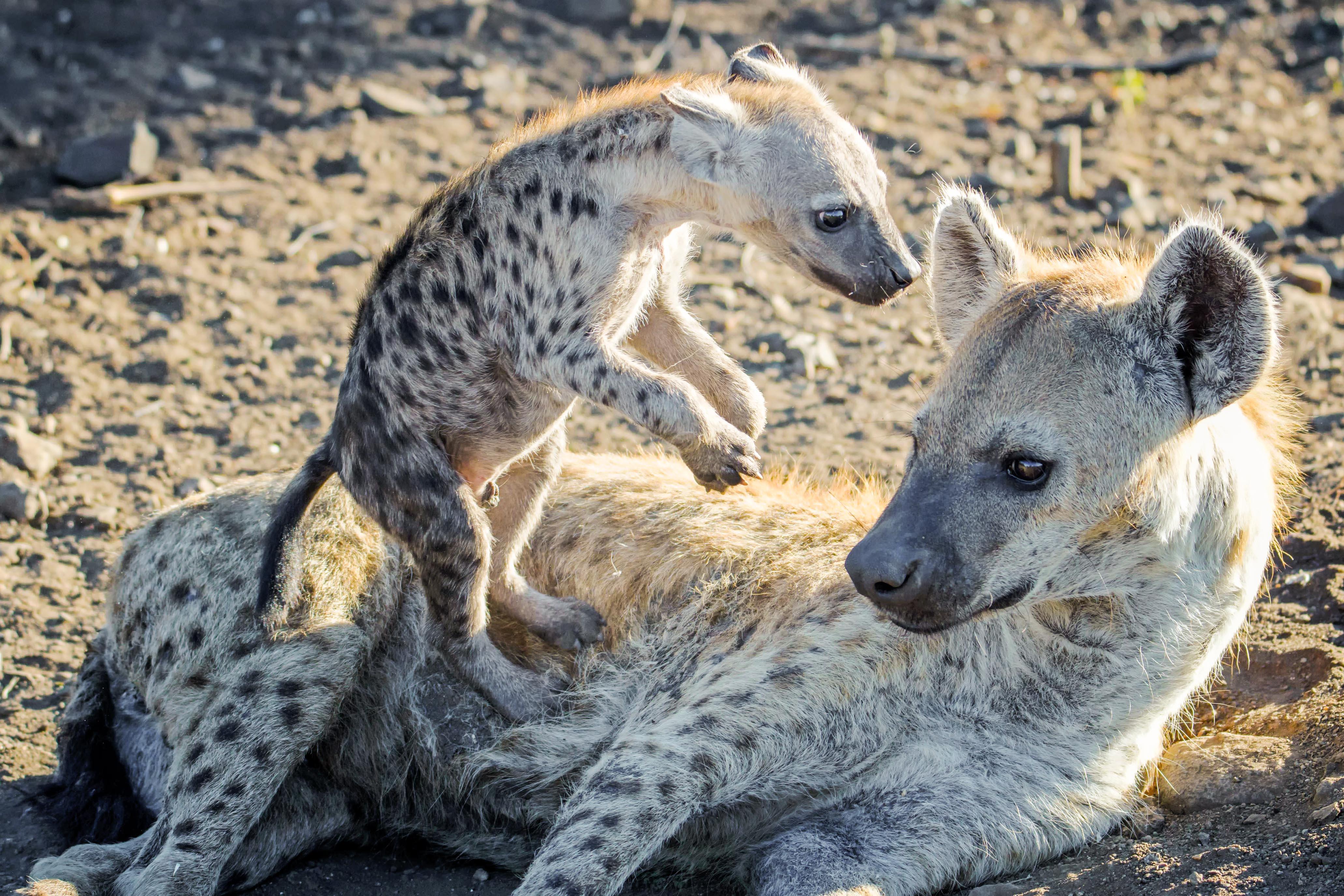 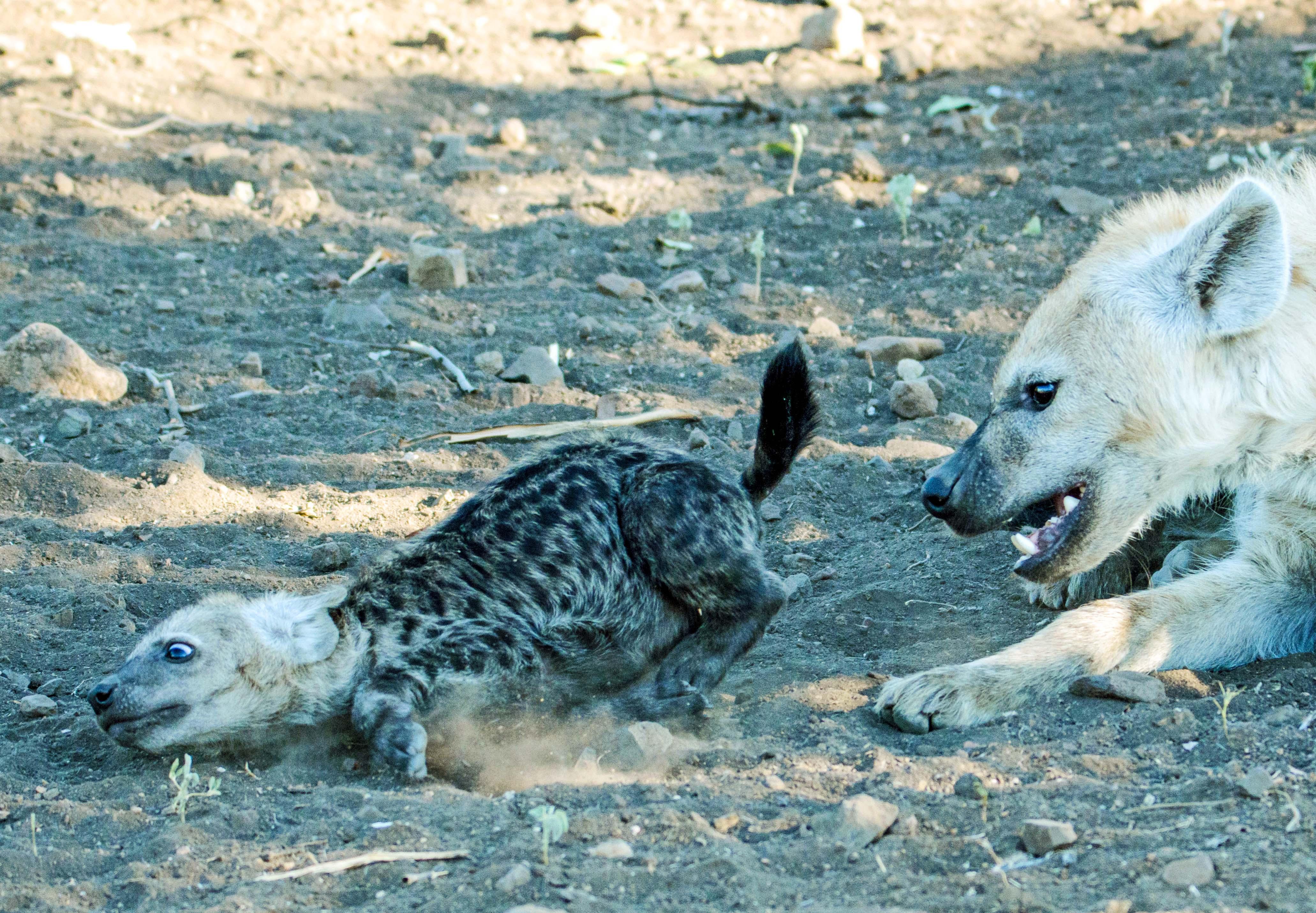 “I took a series of images and when I looked at this particular one I thought it looked just like an optical illusion.
“It isn’t immediately obvious that there are two hyenas.
“It looks like a deformed or cross-eyed hyena and it is quite funny really.”