Squirrel jumps off house ROOF to land on bird feeder

I will NUT be beaten! Squirrel jumps off house ROOF to land on bird feeder after its attempts to climb the pole fail

An ingenious squirrel outsmarted a homeowner by leaping onto a bird feeder from her roof after failing to climb a greased pole before hand.

Footage shot in White Plains, New York, on Wednesday shows the squirrel planning his jump from multiple angles before successfully landing on the feeder.

The squirrel found a new way of getting onto the feeder after a woman tried to prevent him from doing so by greasing the pole and moving it to different areas of her front garden during quarantine.

She had bought the bird feeder as a project during lockdown but the cheeky squirrel kept finding ways to steal the nuts and seeds for himself. 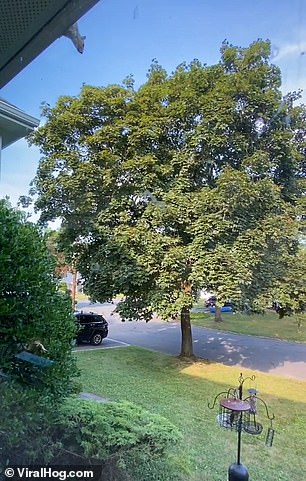 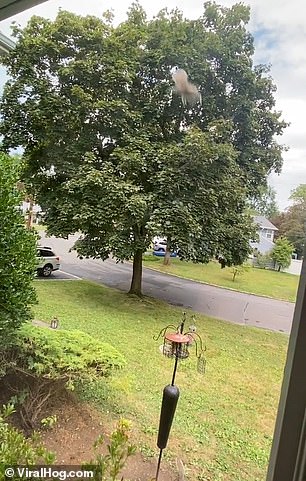 An ingenious squirrel outsmarted a homeowner in White Plains, New York, by leaping onto a bird feeder from her roof after failing to climb a greased pole before hand 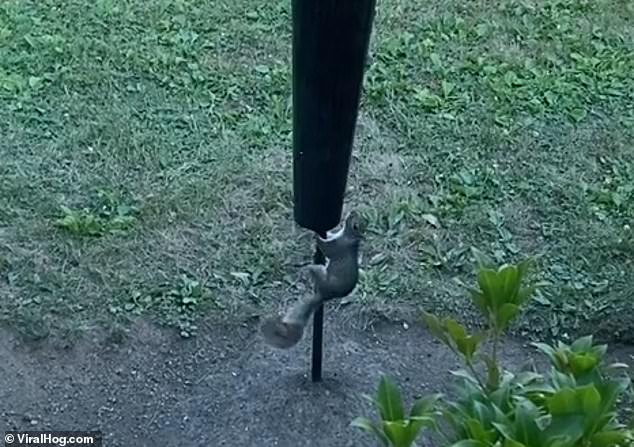 Before landing the jump, the squirrel tries to climb the greased pole up to the feeder before sliding back down

In the video, the squirrel attempts to climb the greased pole a few times before sliding back down.

The squirrel climbs into a nearby bush to see if he can jump onto the feeder from there, before later being spotted on the roof assessing his angles.

On his second attempt, the squirrel lands the jump and the video cuts to him scaring away a bird at the feeder by jumping on again, as the woman says ‘wait a minute, I don’t know how he got up just now’. 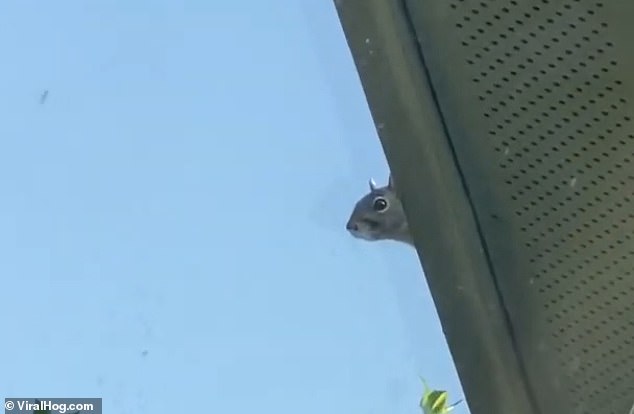 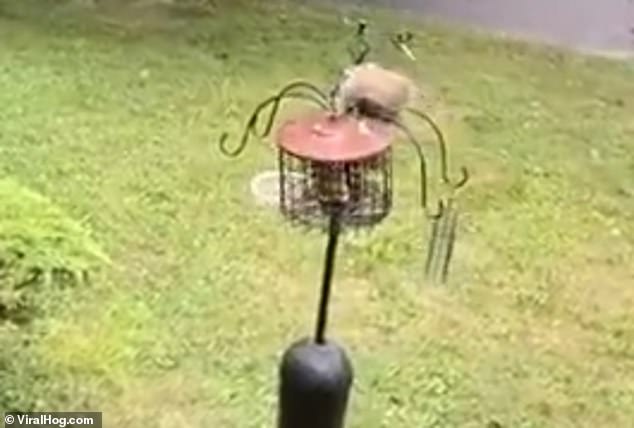 The squirrel lands the jump on his second attempt, reaping the rewards of the bird feeder 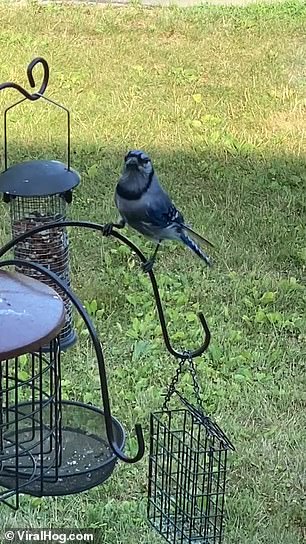 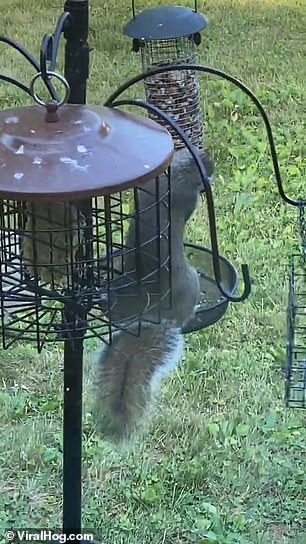 The squirrel scares away a bird at the feeder by jumping onto it again from the roof, stealing the seeds and nuts for himself

The video-taker said: ‘During the pandemic, I started a quarantine project, a bird feeder. When the squirrels discovered it, I kept taking new steps to keep them out.

‘First I greased the pole, but they kept trying until the grease wore off. Then I moved it away from the bush and removed the stabilizing cable.

‘One squirrel outsmarted me every time.

‘It would take a few days, you would see him studying the feeder, estimating jumps, climbing into all surrounding bushes to evaluate his prospects.

‘He had many failed attempts from various heights, but he finally did it.’