London: The jacket worn by Harrison Ford in his role as Han Solo in the Star Wars film The Empire Strikes Back has failed to meet its reserve price at auction. 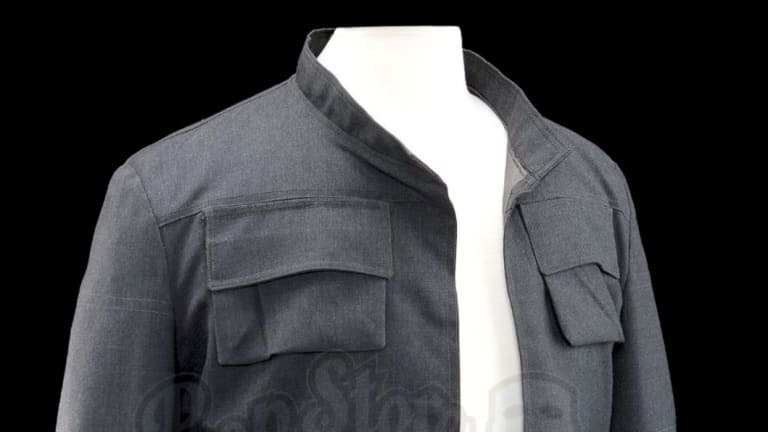 Up for sale: Han Solo’s jacket from The Empire Strikes Back.

It was part of an auction of rare blockbuster film memorabilia, which also included the fedora worn by Ford's Indiana Jones in The Raiders Of The Lost Ark, which had been expected to sell for between £200,000 and £300,000 – but instead reached £320,000.

Also among the 600 lots auctioned by Prop Store was a Stormtrooper helmet from the first Star Wars film, A New Hope, which fetched £40,000, as well as a similar helmet from the most recent film The Last Jedi, which sold for £110,000.

Proceeds from the hammer price of that prop will be donated to the British charity the National Society for the Prevention of Cruelty to Children.

A light sabre wielded by Hayden Christensen's Anakin Skywalker in The Revenge Of The Sith sold for £110,000 while the bullwhip used by Ford in Indiana Jones And The Temple Of Doom sold for £45,000.

Prop Store said there have already been a number of post-auction enquiries about the Han Solo jacket.