Campaigners have celebrated the Government’s pledge to act to help break the menopause taboo at a rally outside Parliament.

MPs and TV personalities including Davina McCall, Penny Lancaster and Mariella Frostrup were among the crowd in Parliament Square.

They cheered the Government’s announcement that the cost of repeat prescriptions for hormone replacement therapy (HRT) for those experiencing symptoms of the menopause in England will be significantly reduced.

Labour MP Carolyn Harris, who tabled the Menopause (Support and Services) Bill, said she was ‘really, really pleased’ with the move. 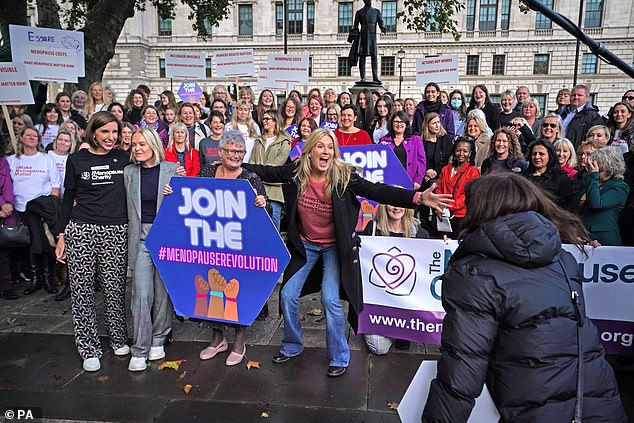 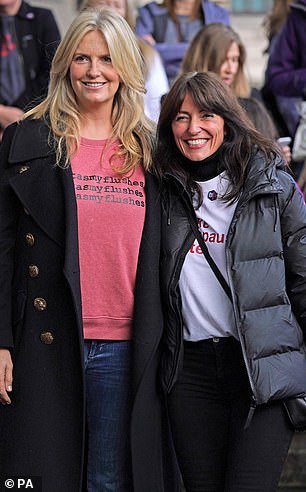 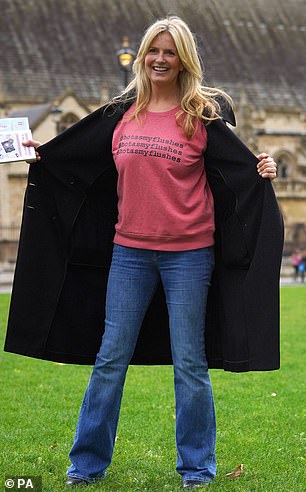 Lancaster was joined by presenter Davina McCall at the protest in Westminster, where she wore a t-shirt with the phrase ‘hot as my flushes’ on

She told the PA news agency: ‘It’s only the beginning, there’s a long way to go but we’ve made a huge step forward today for women.

‘It was the right thing to do and we know that women from now on will be taken seriously and that the menopause will not be something that we’ll hide under the carpet any longer.’

Ms Harris said her own experience – it took her years to realise a deep depression was linked to the menopause – was ‘not that dissimilar to millions of other women’.

The MP withdrew her Bill following assurances from the Government, including on prescription charges.

She said she also hopes to see improved workplace laws and better education for young people around the menopause. 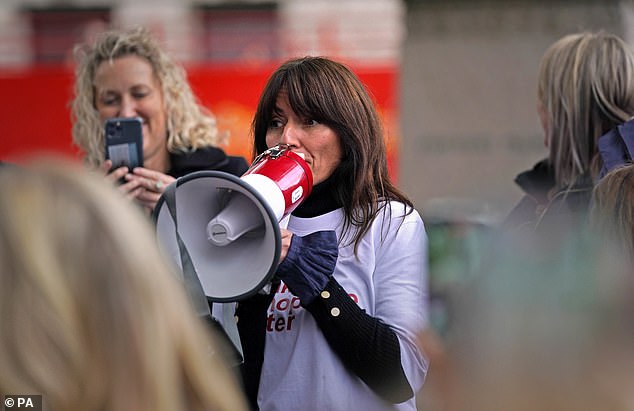 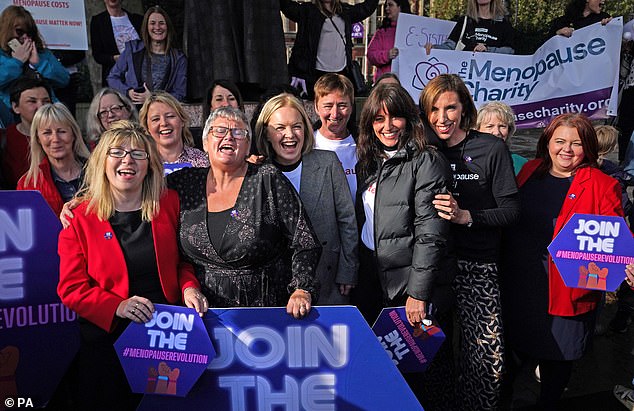 McCall, who wore a T-shirt emblazoned with the hashtag MakeMenopauseMatter, also called for more education for healthcare professionals.

She highlighted a lack of medical knowledge in her Channel 4 documentary Sex, Myths And The Menopause, in which she also discussed taking HRT.

She welcomed the Government’s announcement on HRT, calling it a ‘very positive outcome’.

She said: ‘The great thing about this is that it isn’t a political matter, this is a women’s matter and today everybody came together to make the happen.

‘Women and men, male and female politicians from all parties came together and made a promise.’

McCall told the cheering crowd: ‘It’s not just menopausal women, it’s for our daughters… for our grannies who didn’t have any support at all.’

She said she would celebrate with a ‘cup of tea and a chat with a lot of very menopausal women’.