I BELIEVE Boris Johnson when he says the thing he is looking forward to most as we emerge from our enforced national hibernation is taking in some Shakespeare at the Globe theatre.

But if the Prime Minister is not careful that’s an option that might not be available to him.

I’m less of a culture vulture when it comes to high arts, but my heart aches to go to one of my beloved West End musicals.

I mean, I’ve only been able to see Dear Evan Hansen 67 times so far.

And Christmas won’t be the same without the uniquely British tradition of the winter panto.

How will all those former boyband stars fund their showbiz lifestyles for another year?

Those dastardly droplets mean singing is banned and the idea of packing out a historic theatre where the tiny seats mean you are virtually sitting on top of your neighbour just won’t cut it.

But in the middle of an international health emergency it’s all too easy to dismiss the importance of stage shows, movies, the TV industry, festivals and concerts.

The attitude seems to be: “We’re dying, goddammit, the economy is cratering, don’t talk to me about the bloody theatre!”

But that approach will mean Britain is cakewalking into a cultural catastrophe that could wipe off decades of creative progress, end our modern domination of the arts and entertainment and see the closure of most historic theatres before the end of the year.

If that is yet another horrid consequence of Covid-19, a disease most likely spread because of a despicable Chinese wet market, I will be fuming.

Dame Judi Dench's warning that theatres may not open again in her lifetime is as stark as it is horrifying.

It would wipe out £1.3billion of annual ticket sales, see 300,000 good folk lose their jobs and damage tourism.

While the pressure is building by the day on the Government to launch yet another unprecedented rescue package, I think that’s only part of the answer.

Entertainment is a big-money industry dominated by super-wealthy moguls who have a responsibility to look after as many of their loyal staff and young creatives as humanly possible.

Now is the time for other celebrities and businesspeople who have earned a small fortune from the creative industries to give back.

Where are all those Hollywood stars, with hundreds of millions in the bank, who rush to perform on the West End stage to be seen as a real actor, dahling?

Surely they could donate a tiny portion of their wealth to set up a private rescue fund for theatres?

For example, Trey Parker and Matt Stone, the South Park creators who are behind The Book Of Mormon, are worth a billion bucks.

JK Rowling, whose Harry Potter play The Cursed Child is at the Palace Theatre, has a £795million fortune.

I could name a hundred other multi-millionaire stars who have used the West End to enhance their careers who owe it to the backroom staff on the breadline to be part of the solution.

Thankfully, the king of theatre — Lord Lloyd-Webber — has, as ever, proved inspirational and innovative.

Without being asked, he is putting his money where his mouth is to PROVE to the Government that it is possible to safely reopen theatres WITHOUT ANY social distancing by using enhanced precautions such as temperature checks on the door and face masks for all audience members.

The Government must listen to him and embrace his case study of Phantom Of The Opera, which has remained open in South Korea throughout the pandemic with no issues.

Otherwise, we risk the curtain coming down for good.

BACKING down so quickly on extending Sunday trading hours was a disappointing move forced by Tory backbenchers.

While on first glance the idea of allowing supermarkets and other shops to stay open longer on our day of rest sounds unappealing to many workers, the reality is that this change would have probably saved many jobs in the long run.

It’s nonsensical that on one day of the week most Tescos can only open for six hours, while international delivery services such as Amazon continue to decimate their business, especially now with social-distancing measures making it even more unappealing to spend time lining up outside.

By contrast, the other night I was able to order an Amazon Prime Now delivery to arrive at my house at 11pm on a Sunday night.

Like it or not, that business has created a different world of consumerism.

Compromises to allow workers the option not to take on more Sunday work, leaving the additional hours to those who want to earn extra cash, could make the necessary move more palatable.

But let’s not avoid having the debate.

THE Culture Secretary has so much on his plate that Shirley Ballas used an innovative approach to attract his attention this week – and it worked.

Launching an impassioned plea to Oliver Dowden to “safely open” ballroom dance studios on my talkRADIO Drivetime show, the Strictly Come Dancing judge teased: “If Oliver is out there, I don’t even mind having a cha-cha-cha with him to show him it is possible to social distance.”

Clearly the power of the Queen of Latin remains undiminished.

Within hours, Oliver had tweeted: “Shirley, as a Strictly fan, I’m happy to talk about how we can get dancing going safely again.

"Great offer on the cha-cha-cha – I’ll get practising.”

Expect dance studios to be back in business imminently, then. 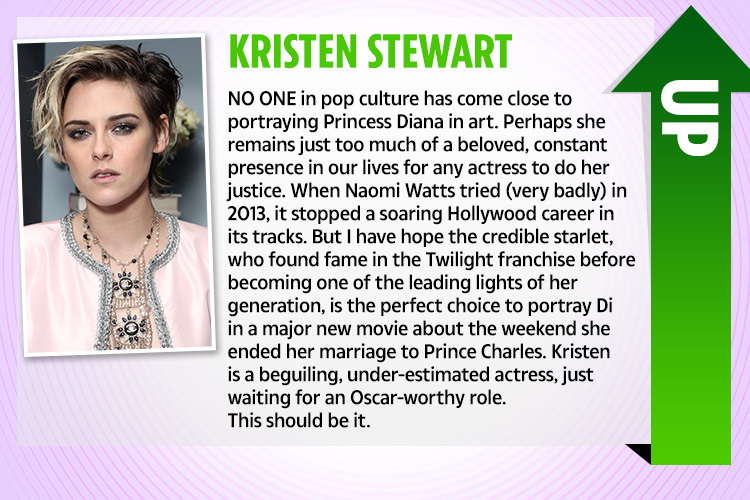 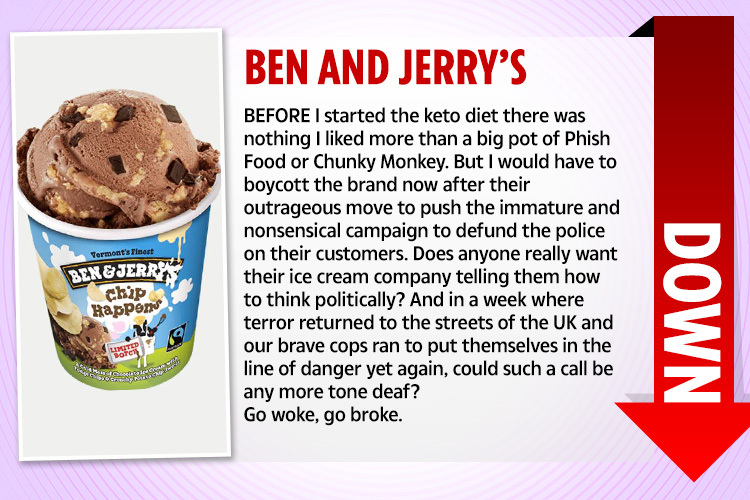 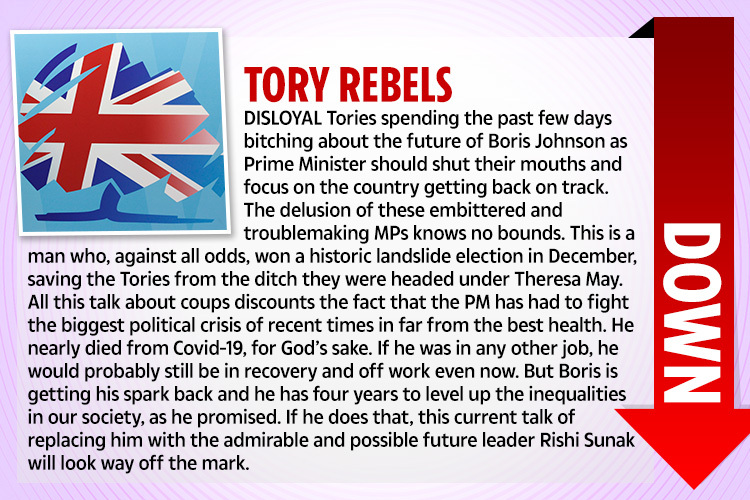