The smokers discovered the 350lb animal locked inside a cage in the garage of the property in Houston, Texas. 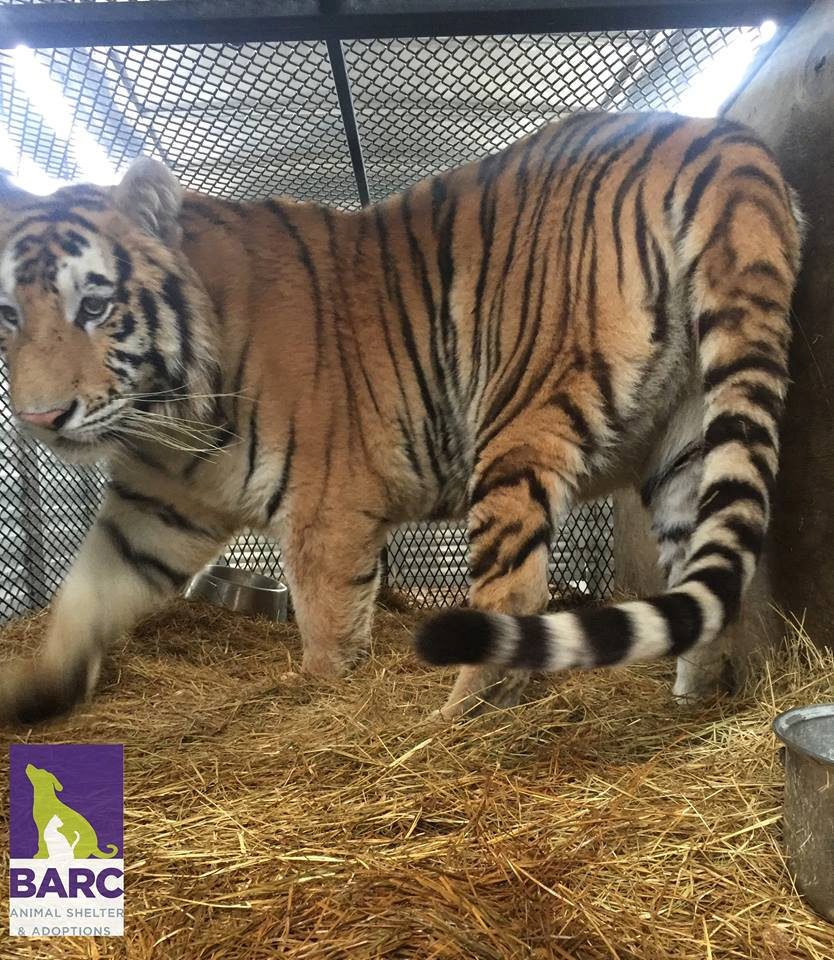 They called the police to report the finding, but cops thought they were hallucinating or high, according to reports.

The woman who called about the "pretty big tiger" had to tell police "I'm not lying" before they arrived to see for themselves.

When authorities arrived they saw there was indeed a huge tiger caged on the property, and a pile of meat lying nearby.

It is unknown who the house or the tiger belong to – and one person may not own both.

The sleepy animal is reported to have been surprisingly calm considering its situation.

Local police said the "concerned citizen" did not live at the address but was scoping it out as a venue to smoke marijuana.

Jason Alderete, from Houston Police Department, told ABC-affiliate KTRK: "We questioned them as to whether they were under the effects of the drugs or whether they actually saw a tiger."

Police described the cage as "rinky-dink" as it was held together with only a screwdriver and a nylon strap, according to CBS.

The beast was tranquillised and taken to an animal shelter in Texas.

It has been nicknamed "Tyson" after the tiger in the Hangover film. 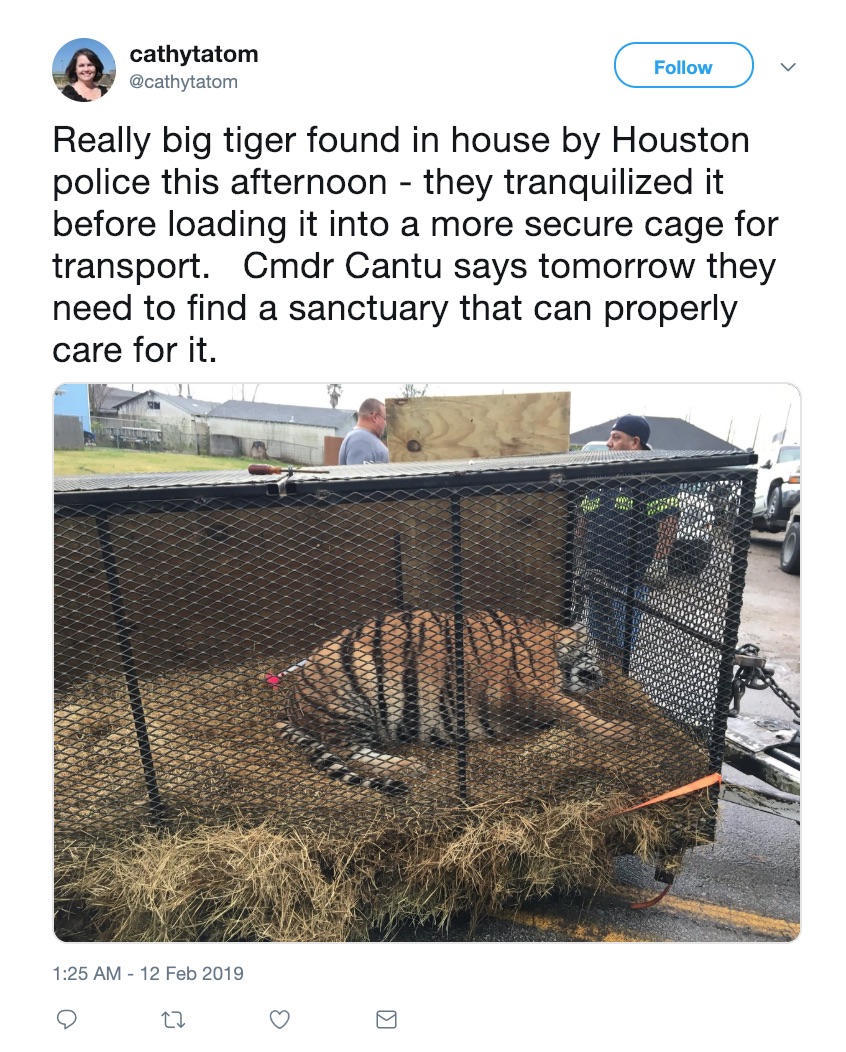 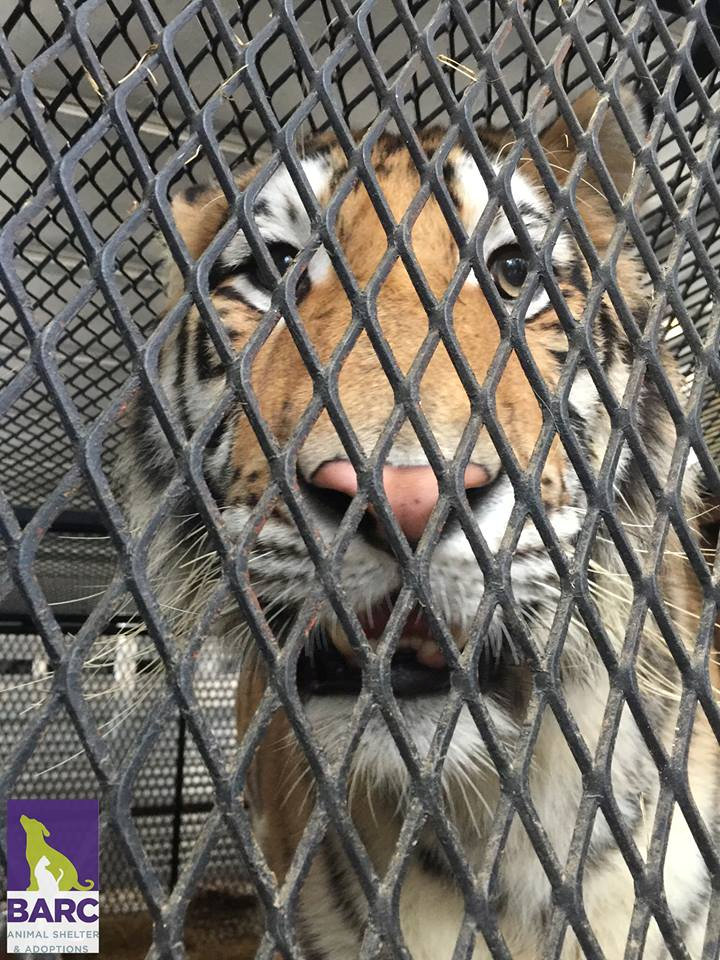 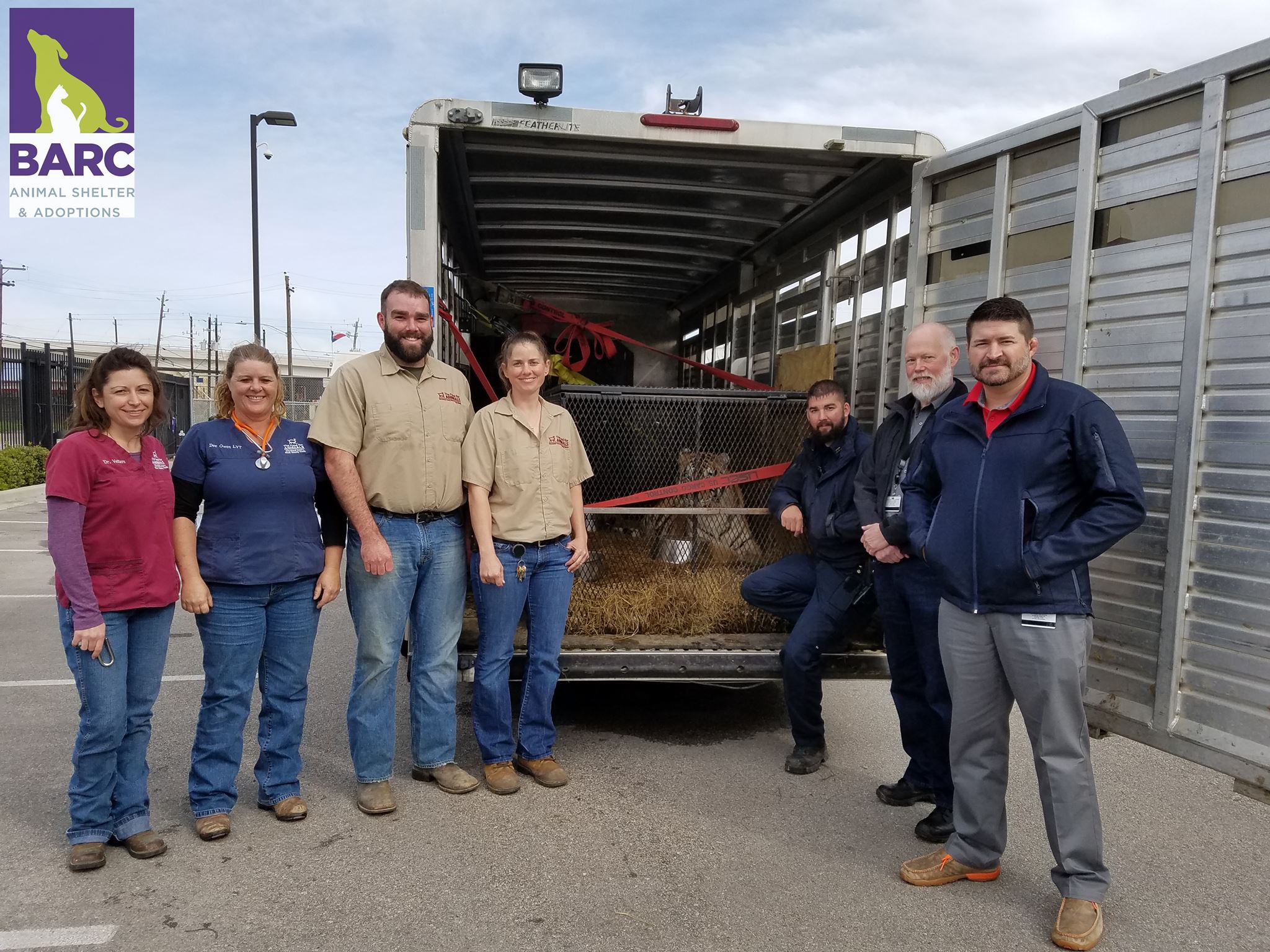 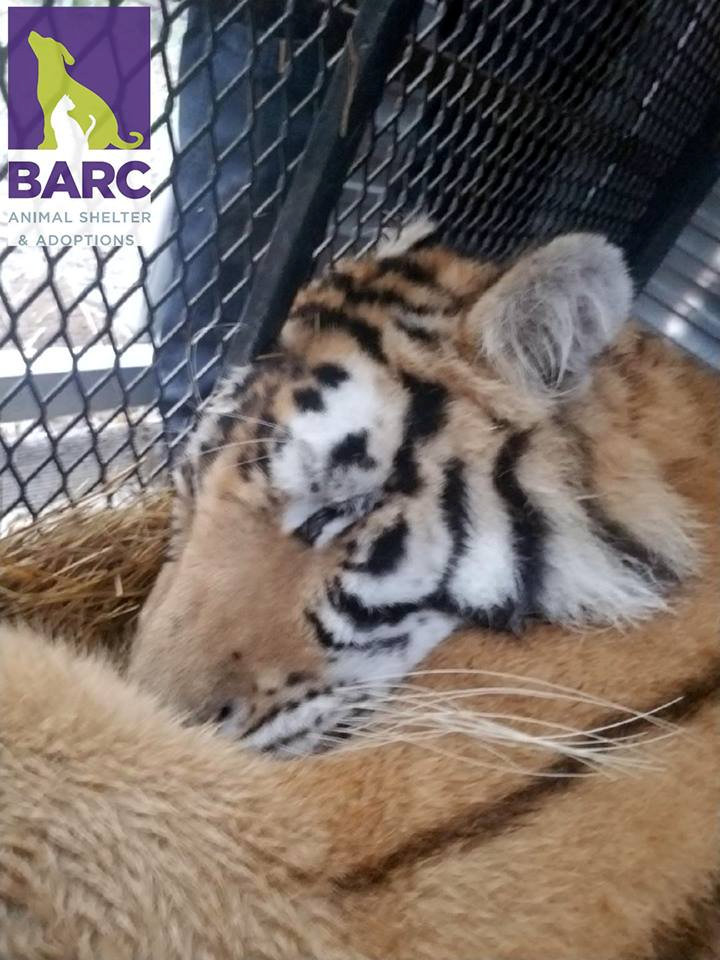 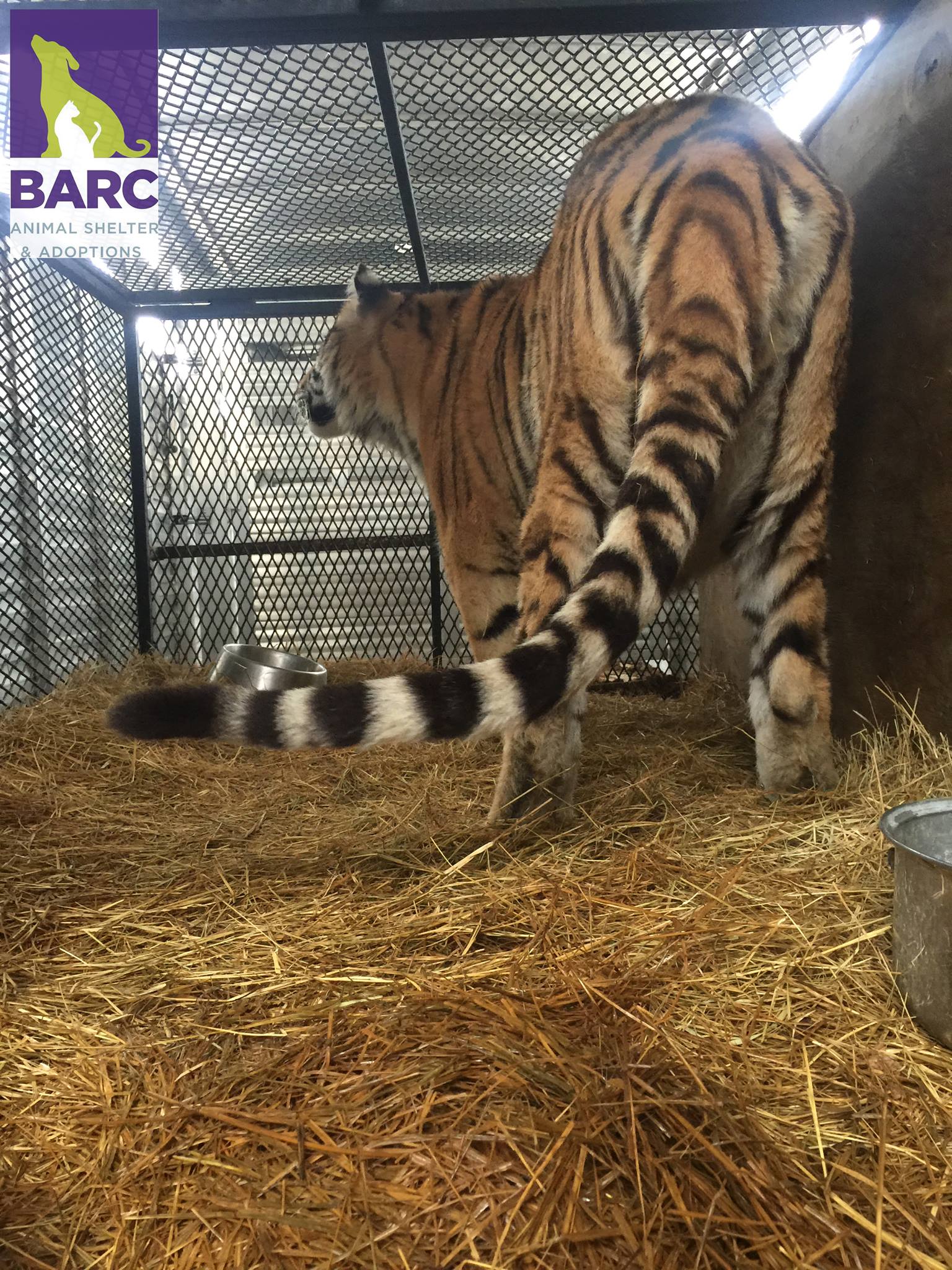 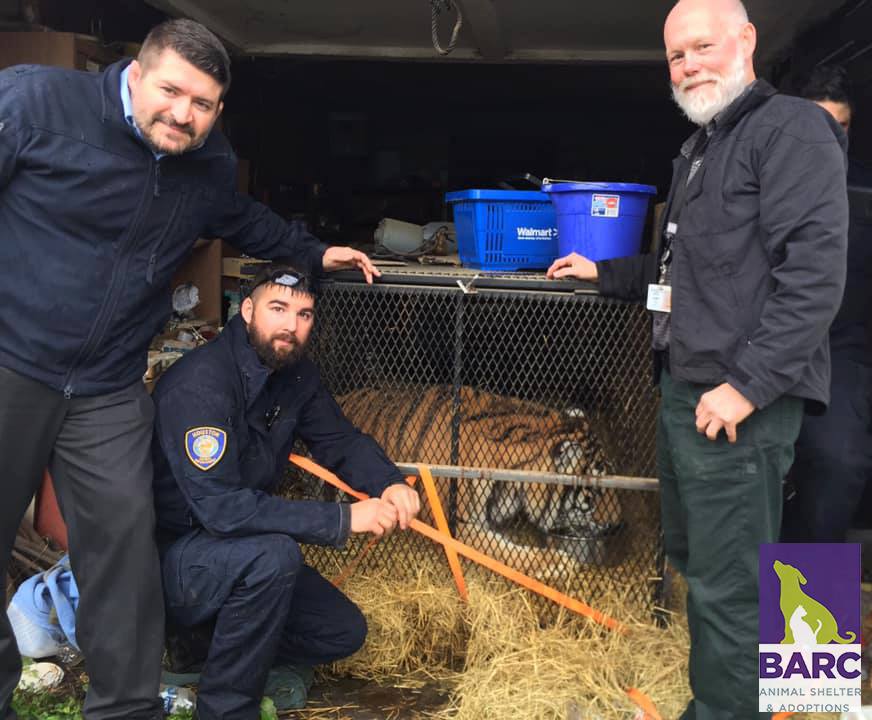