Unfit for a prince! Harry and Meghan are given a VERY grotty welcome to Sydney as they drive through streets littered with broken furniture and household junk dumped on footpaths

The Duchess of Sussex put on a dazzling smile as she arrived in Sydney with Prince Harry for their first international tour since their wedding in May.

But the streets of Kirribilli in Sydney’s north didn’t quite match up to the glamour as the visiting royal couple were greeted by discarded mattresses, chairs, milk crates, and pieces of carpet.

The arrival of the royal couple, organised months in advance, coincided with one of North Sydney Council’s fortnightly household waste clean up days. 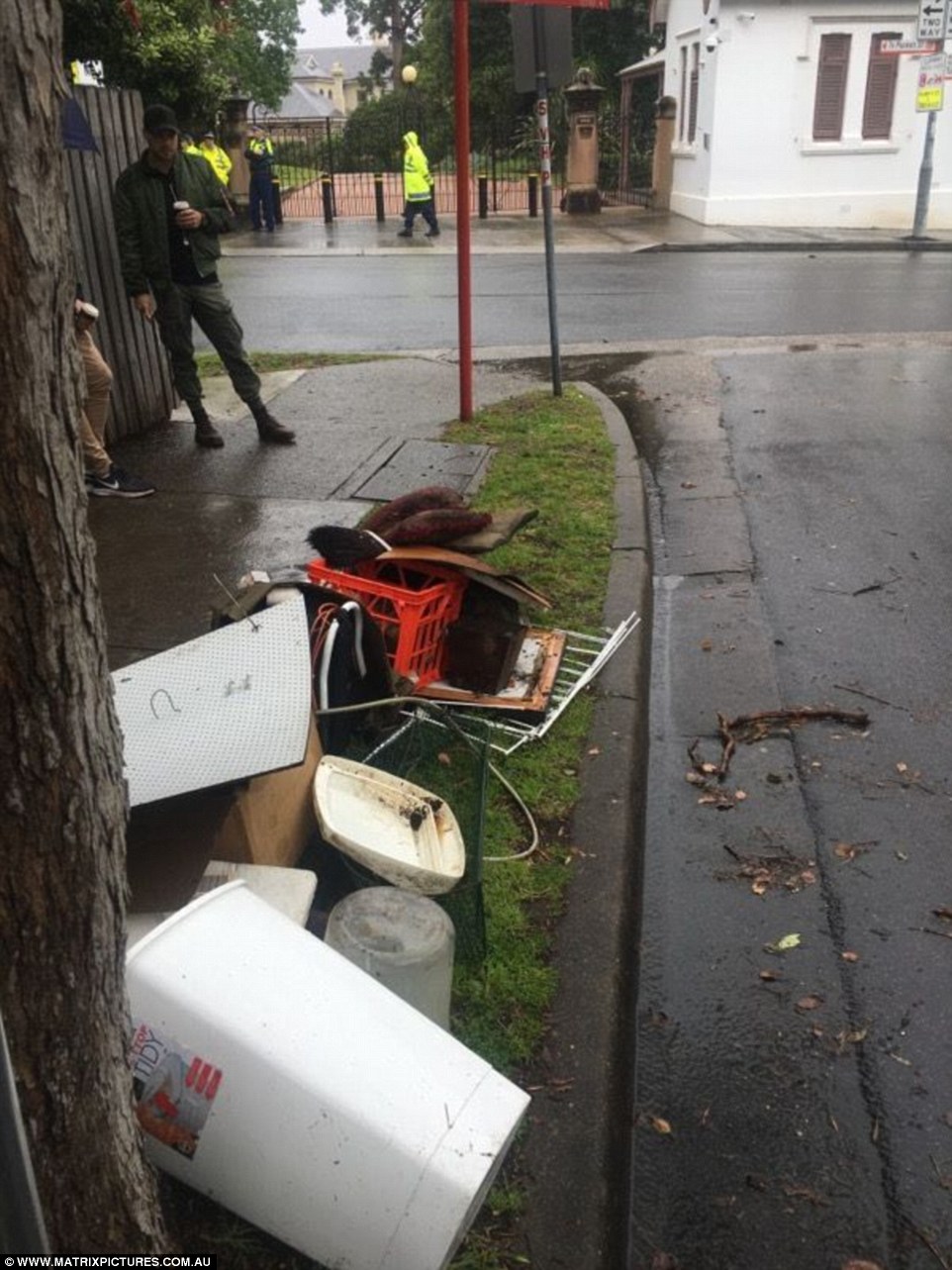 Prince Harry and Meghan were greeted by discarded mattresses, chairs, milk crates, and pieces of carpet as they arrived in Kirribilli for the first day of their 16-day Australian tour 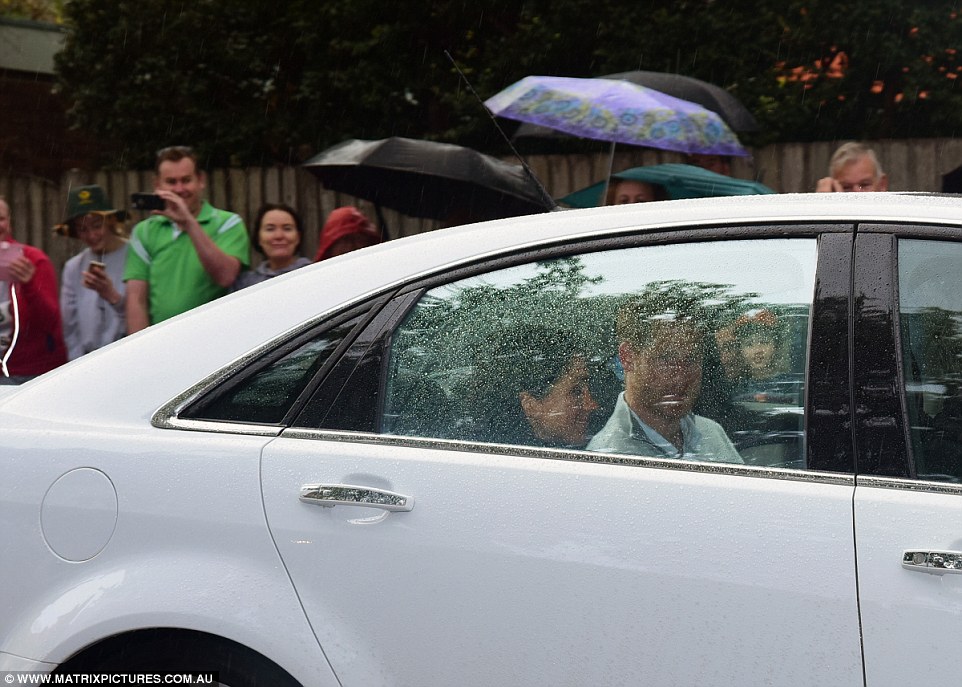 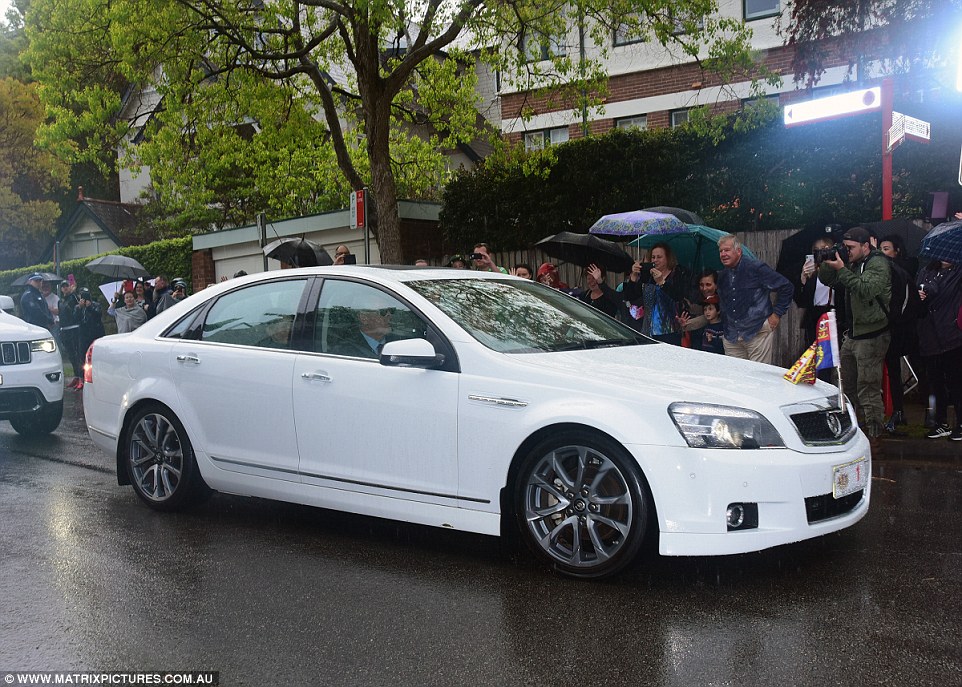 Dozens of royal enthusiasts who lined the streets for a glimpse of the popular couple had to squeeze between the unwanted items as rain poured down, making the cluttered sight even less inviting

The arrival of the Duke and Duchess of Sussex, organised weeks in advance, coincided with one of North Sydney Council’s fortnightly household waste clean up days