University worker who was forced out of his job after objecting to boss’s demands to exclude white middle aged men from opening a new campus building wins £1,000 compensation

A student union worker who was forced out of his job after objecting to his boss’s demands to exclude ‘white middle-aged’ celebrities from opening a new building has won an employment tribunal.

Ellen Rudge, then a senior manager at the University of Leicester’s Students’ Union, sent an email to staff asking for suggestions for high-profile figures to launch its new hub – the Percy Gee Building.

In her email, the marketing manager specifically stated she did not want ‘another white, middle-aged man’ for the opening of the building as she was trying to ‘reflect diversity’.

But she was warned by HR worker Ricardo Champayne that by singling out a particular group she risked being offensive and derogatory.

Ms Rudge complained to HR about Mr Champayne’s response. But rather than probe her comments, an investigation was launched into Mr Champayne – who subsequently resigned.

At an employment tribunal, the father-of-six alleged he had been ‘victimised’ by the students’ union for calling out potential discrimination.

And now he has won more than £1,000 after successfully suing the SU for whistle-blowing and victimisation. 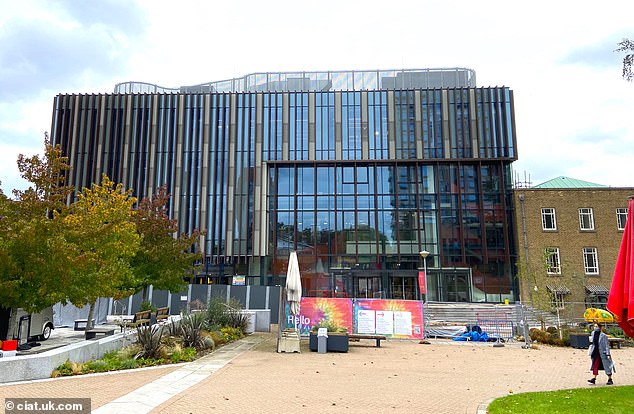 Ellen Rudge, then a senior manager at the University of Leicester’s Students’ Union, sent an email to staff asking for suggestions for high-profile figures to launch its new hub – the Percy Gee Building (pictured)

At the employment tribunal in Nottingham, a judge ruled that it was reasonable for Mr Champayne to conclude that Ms Rudge’s email on February 14, 2020, was discriminatory.

In the message she said: ‘I am looking for suggestions for notable public figures the University could approach to officially open the new SU/Percy Gee Building in September.

‘I have been very vocal about the need for the person to reflect diversity i.e. not another white middle aged man…’

Mr Champayne, who had only worked at the SU for a month, replied to her: ‘Dear Ellen, I write in regard to your email seeking nomination for representative to SU.

‘I have set the matter as needing urgent attention. With all respect, I am bound by personal and legal principles to object the [sic] tone of your email.

‘It is not right to speak in a derogatory way against anyone. I must highlight that diversity can be represented by any race of class.

‘I am conscious that recipients of this email potentially were offended.’

Ms Rudge considered Mr Champayne was alleging she was a ‘racist’. She claimed she was ‘shocked and attacked’ and that her ‘integrity was questioned’.

‘Upset’ Ms Rudge brought the matter to her colleague, HR and fiance manager Samantha Creese, who ‘treated the matter seriously’ and launched a disciplinary investigation into Mr Champayne.

Around the same time, female workers had complained about ‘inappropriate’ messages from Mr Champayne on social media asking to be friends outside of work and he was jointly investigated for that.

As Mr Champayne was investigated, Ms Rudge was allowed to continue working.

In an email, Mr Champayne said: ‘I am concerned no one did anything about Ellen’s conduct, given the gravity of what she sent to all the staff.

‘I stand by my words, SU is inclusive and everyone is welcome, regardless of sex, status, age, etc. There is no place for discrimination. I will always challenge such behaviour, in and out of work.’

Mr Champayne lost a grievance against Ms Rudge after Ms Creese found in favour of her and he resigned on March 4, 2020. The SU told him his behaviour would have amounted to ‘gross misconduct’ despite not attending a disciplinary hearing.

Now, Employment Judge Rachel Broughton has ruled Mr Champayne suffered ‘detriments’ as a result of the investigation, suspension, and grievance outcome in which he was ‘intimidated’. 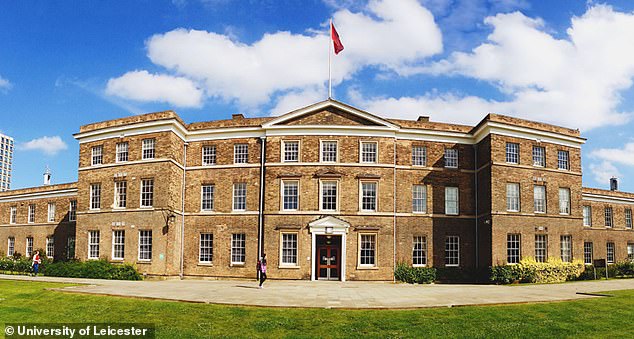 Employment Judge Rachel Broughton has ruled Mr Champayne suffered ‘detriments’ as a result of the investigation, suspension, and grievance outcome in which he was ‘intimidated’. Pictured: The incident was at the student union at Leicester University (pictured)

The students’ union argued Mr Champayne’s complaint was ‘political correctness’ rather than whistle-blowing but the judge dismissed the claim.

Judge Broughton said his whistle-blowing ‘influenced’ the students’ union to suspend him.

The judge said: ‘Ms Creese understood that Ms Rudge felt that Mr Champayne was calling her a racist…

‘We conclude that the allegation of discrimination was a significant reason behind the decision to suspend, the decision to carry out the disciplinary investigation into the protected act and to treat is as gross misconduct.’

As a result of the victimisation, Mr Champayne said he has ‘lost his confidence’, has been ‘significantly damaged’, and has become a ‘couch potato’ who has less energy for his children.

The University of Leicester’s new Students’ Union, the Percy Gee Building, opened in this year.