The end of the line: Stunning black and white photographs showcase the final days of Britain’s steam trains 50 years after the last regular services travelled on mainline rail

These stunning images from half a century ago show the final days of steam on Britain’s railways.

In August 1968 steam trains were banned from mainline railways as the government insisted British Rail concentrated on diesel power.

During the final days of steam, British Rail announced a ‘Fifteen Guinea Special’ service which was due to be the final passenger service powered by the old-fashioned locomotives. 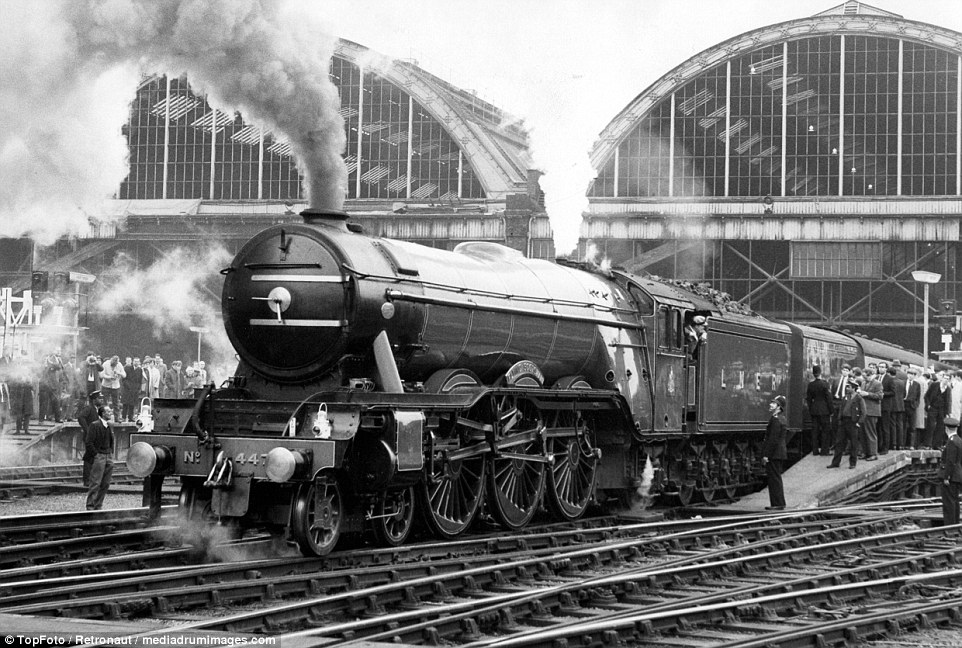 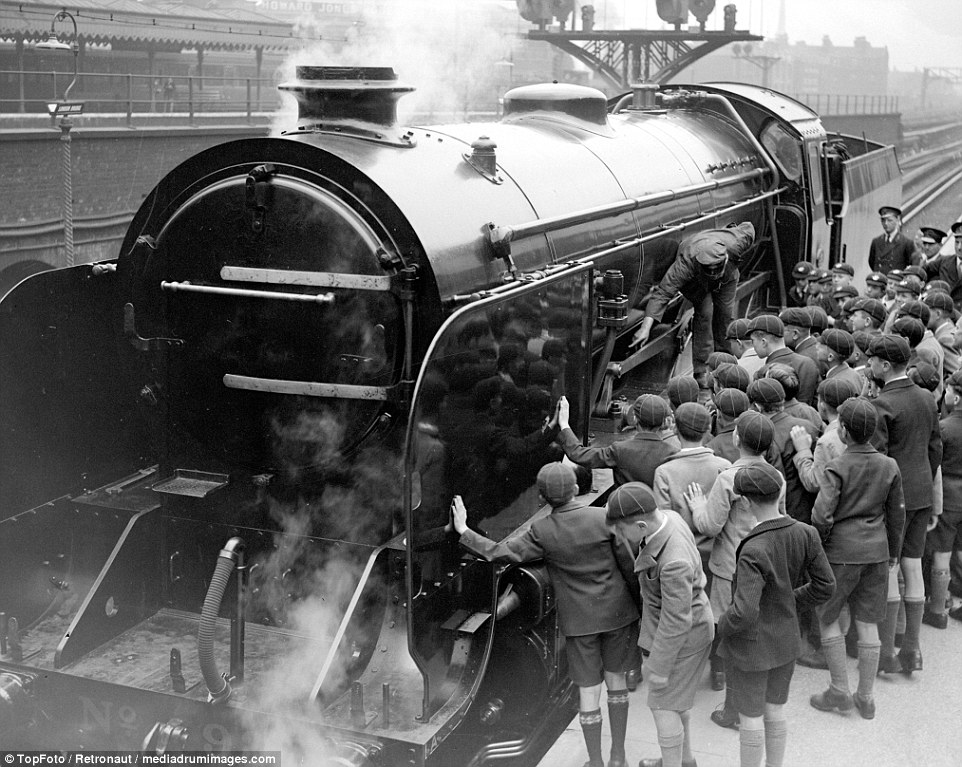 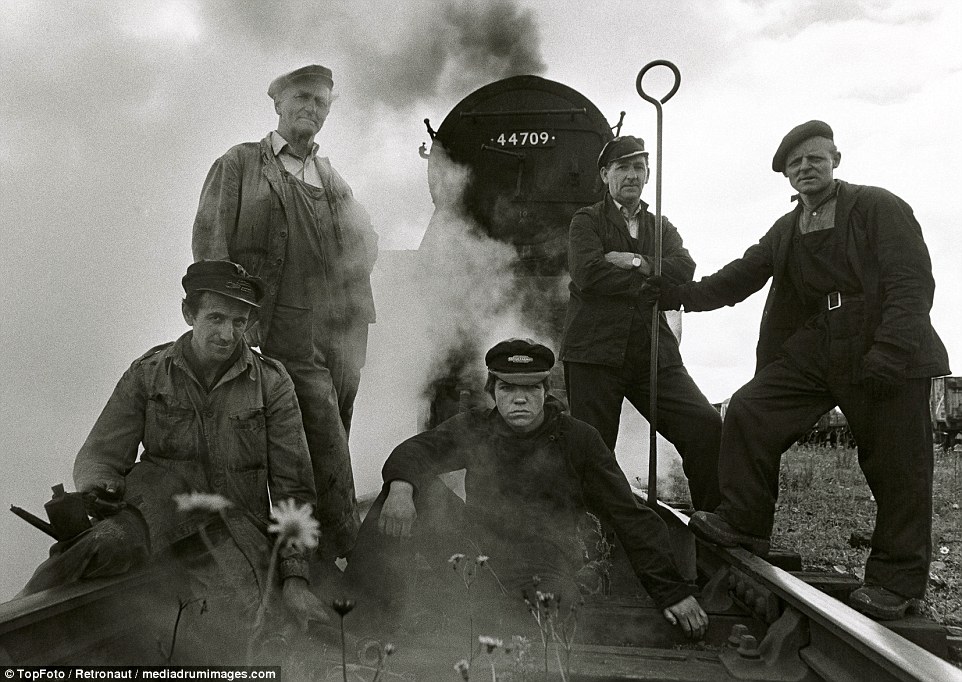 These railway workers look on folornly as their Black Five engine which was built for the London Midland and Scotland railway in 1948 was withdrawn from service in August 1968. The engine was later scrapped in Hull 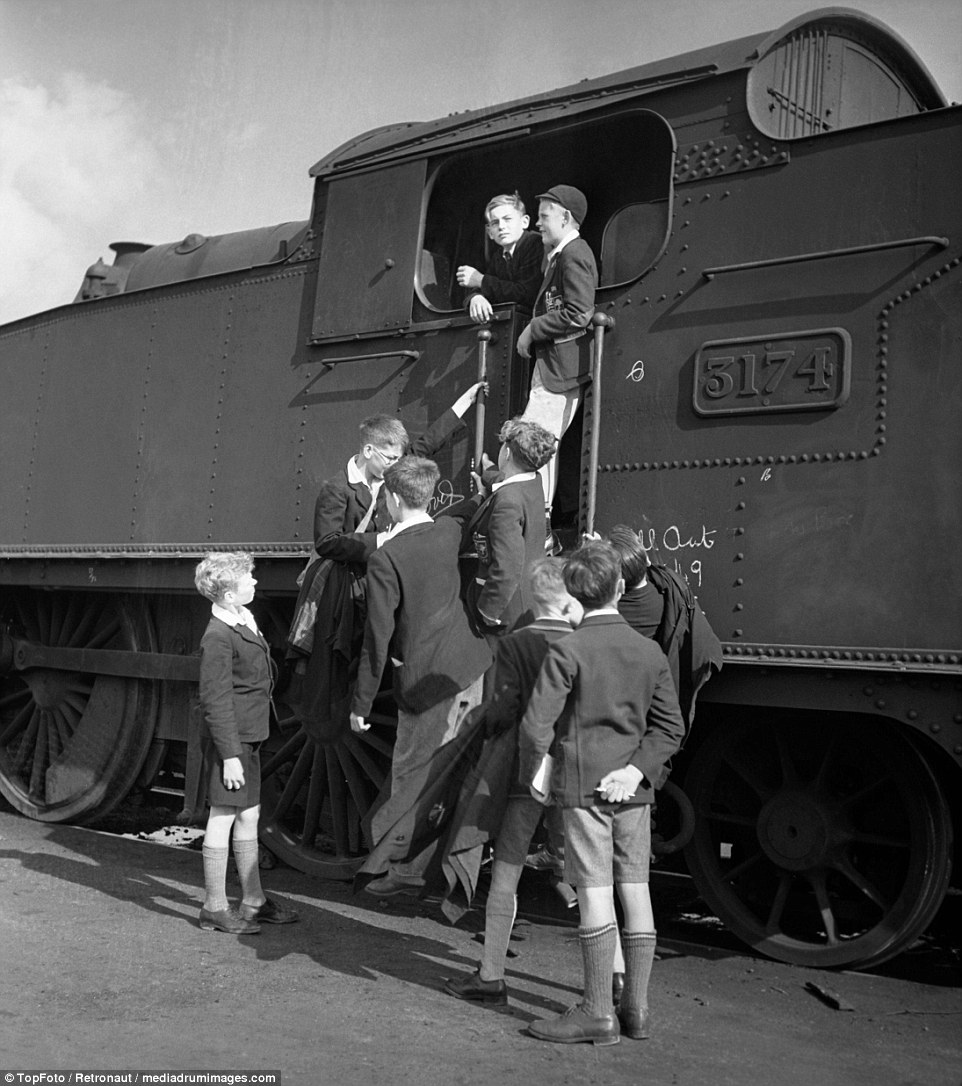 Photographs from the tour show exited children witnessing history, while railway workers looked forlorn with the end of an era.

The final service took sightseers from Liverpool via Carlisle to Manchester and back.

British Rail had planned to continue regular steam rail services into at least the 1970s – and had even built a steam locomotive in 1960 – but when Harold Wilson was elected Prime Minister in 1964, he had vowed to revolutionise Britain.

In his speech to the Labour Party conference in 1963 in Scarborough, he promised: ‘The Britain that is going to be formed in the white heat of this revolution will be no place for the restrictive practices or for outdated methods on either side of industry.’ 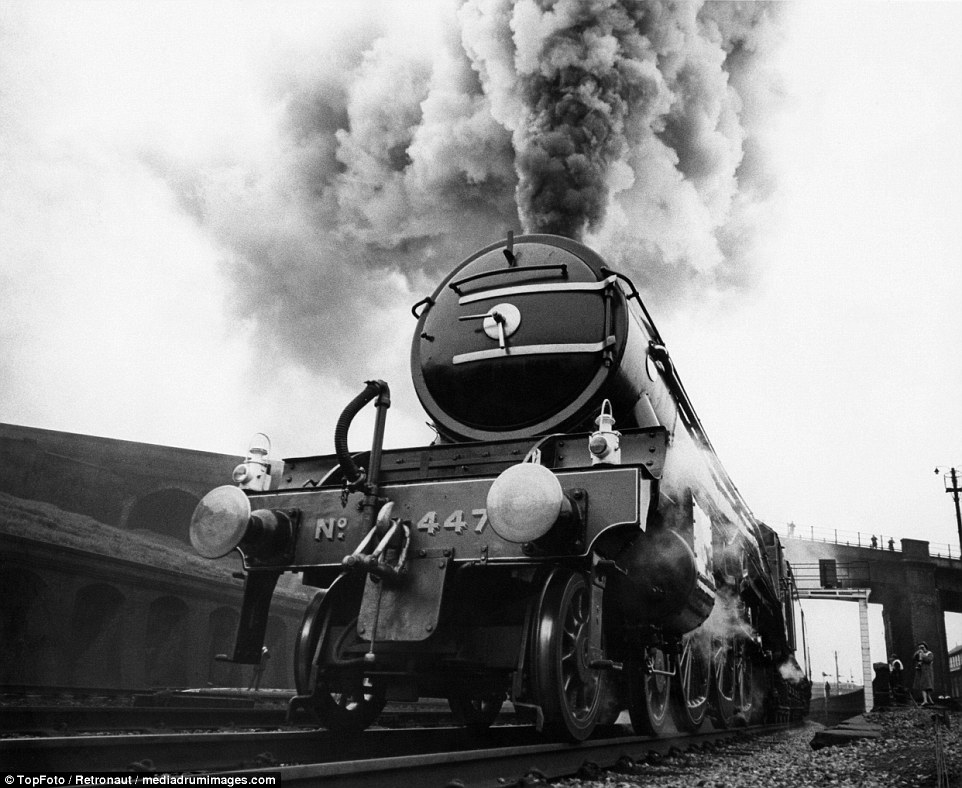 In the final days of regular steam services, people took any vantage point possible to witness the sad end of an era 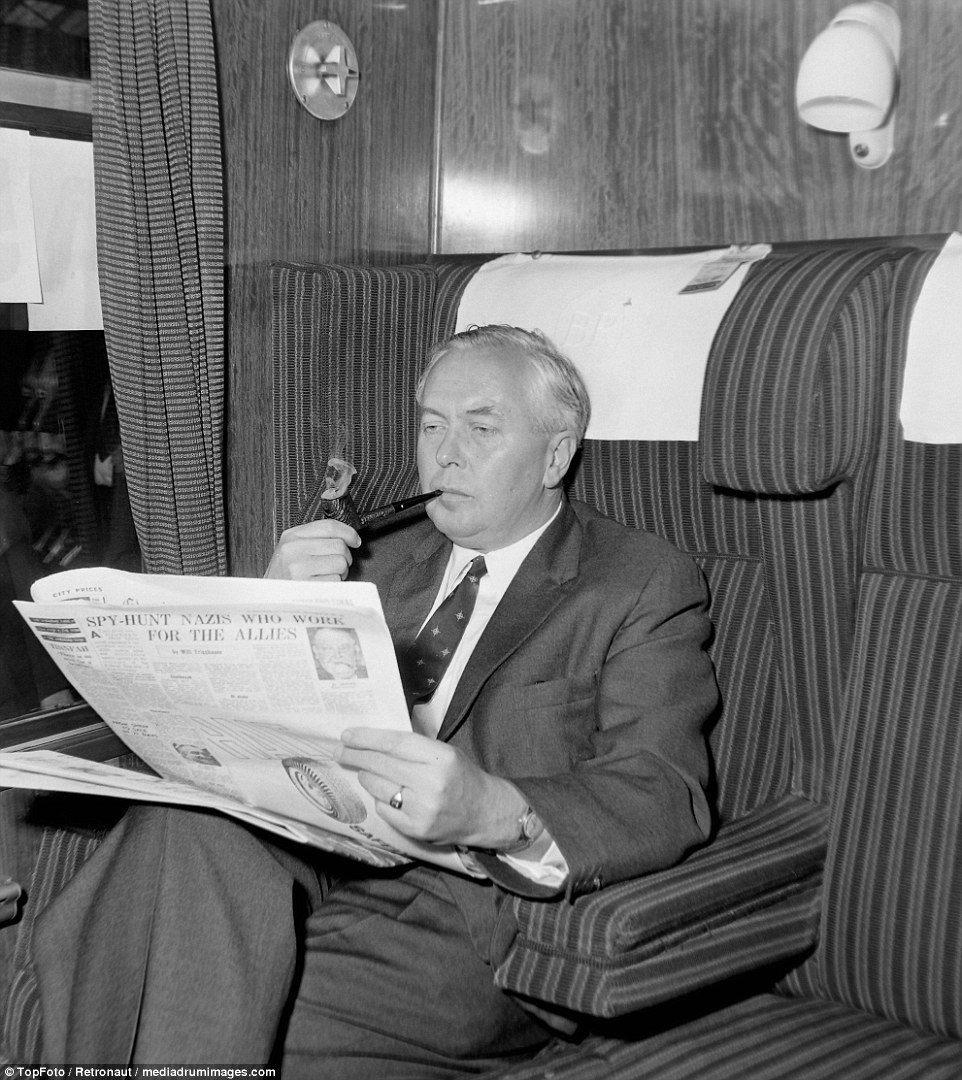 The future of steam rail services in Britain was doomed once Labour’s Harold Wilson, pictured, defeated Alec Douglas-Home in the 1964 general election. Wilson ran on a manifesto which promised bringing the ‘white heat of technology’ to Britain

The white heat of technology speech propelled Wilson to victory and led to major projects such as Concorde.

Yet, many enthusiasts were reluctant to see the end of steam engines and many were saved from the scrap heap by preservation societies.

Early in the 1970s, the complete ban on steam trains on mainline rail services was overturned, although they never returned to regular service. Instead, a number of the engines – such as The Flying Scotsman – provide special tours for fans of the golden age of steam. Engine number 45212 – which was built in 1935 was withdrawn from service in August 1968 – however, unlike many steam engines of its vintage escaped being melted down and was preserved by the Keighley and Worth Valley Railway. According to KWVR, the engine was the last revenue earning steam train for British Rail. It is now back on the mainline running special services and tours for enthusiasts 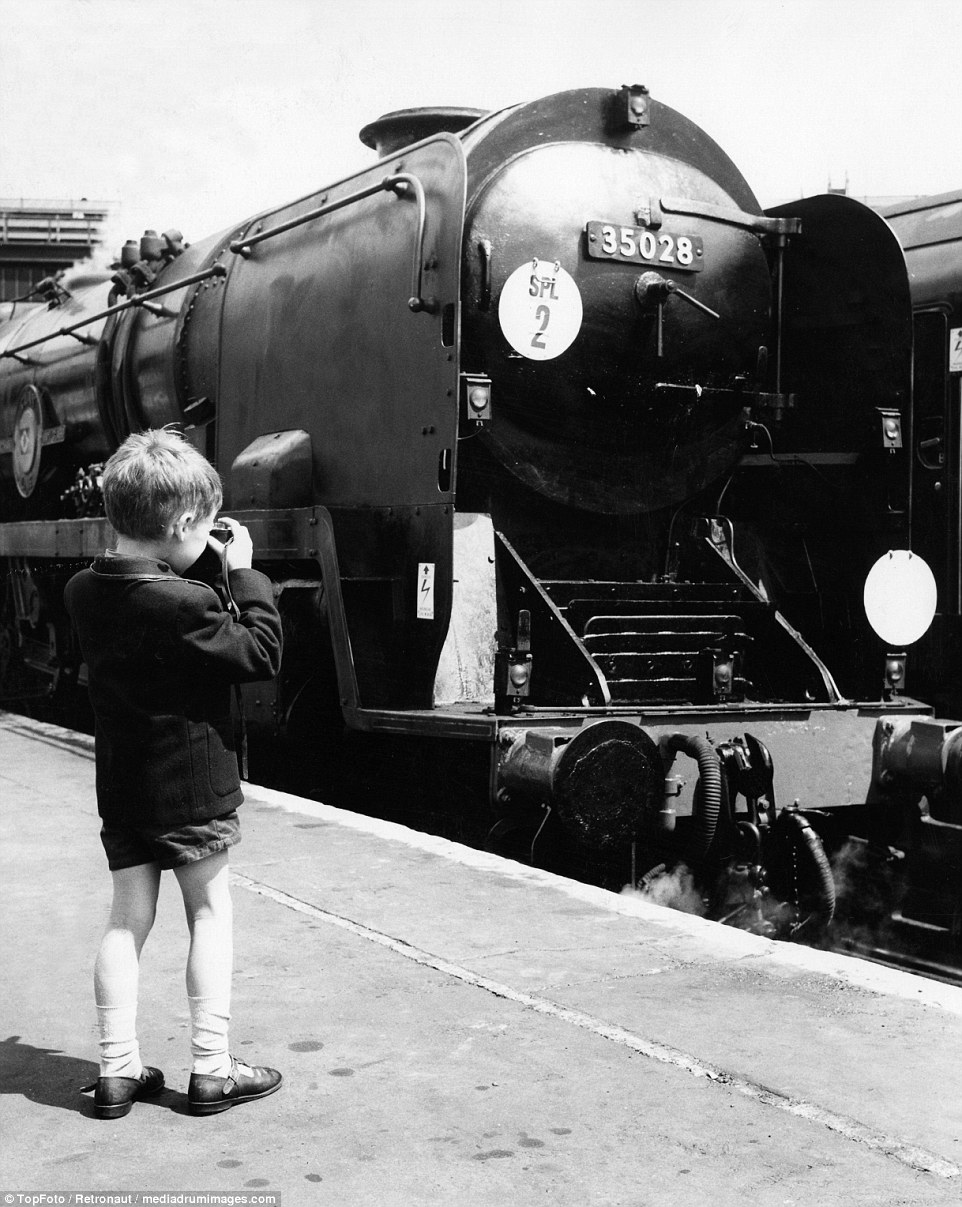 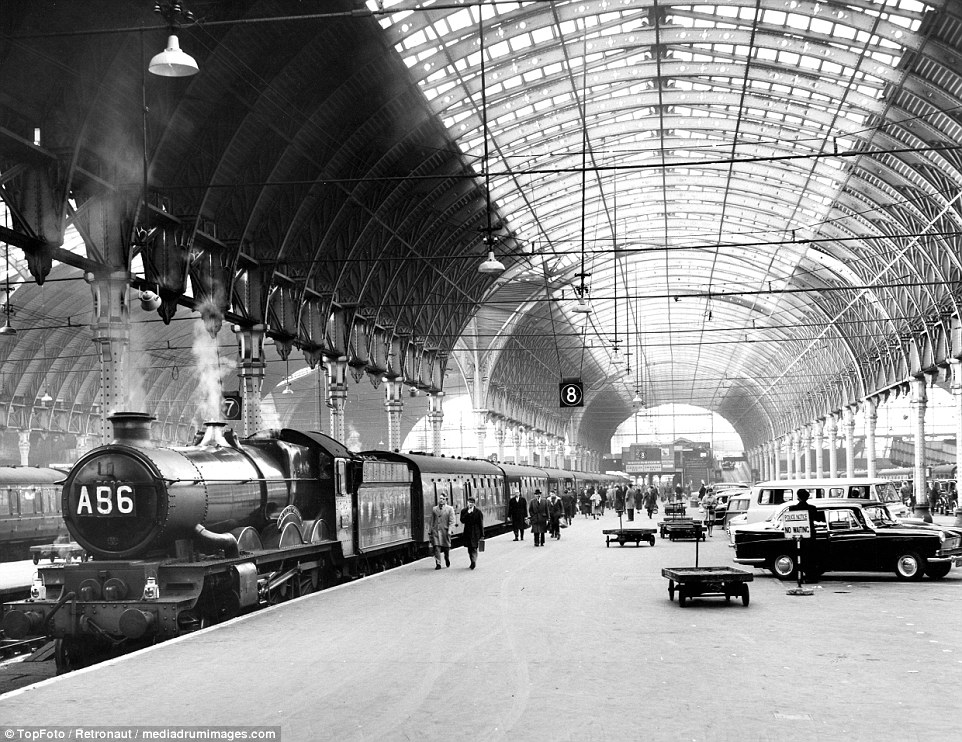 At the time the final steam engines were withdrawn, British Rail were running trials on their Advanced Passenger Train, which was expected to provide a higher speed service by tilting when it went around bends in the track 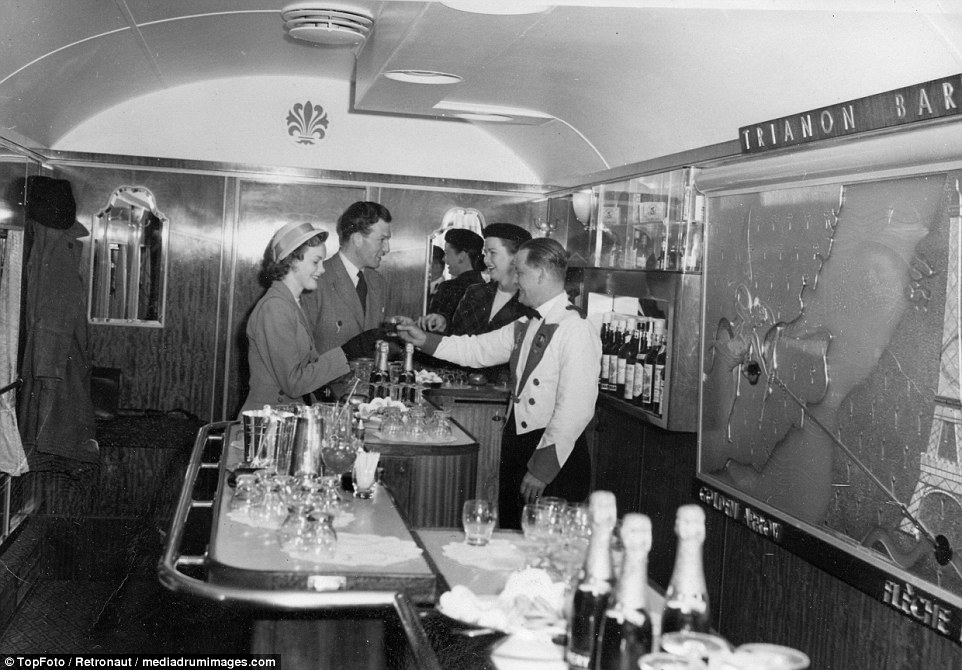 First class passengers travelling in the age of steam expected a higher level of service compared to rail users today. The Trianon Bar Pullman carriage, pictured, here, was built in 1951 and has been preserved by the Crewe LNWR Heritage Company 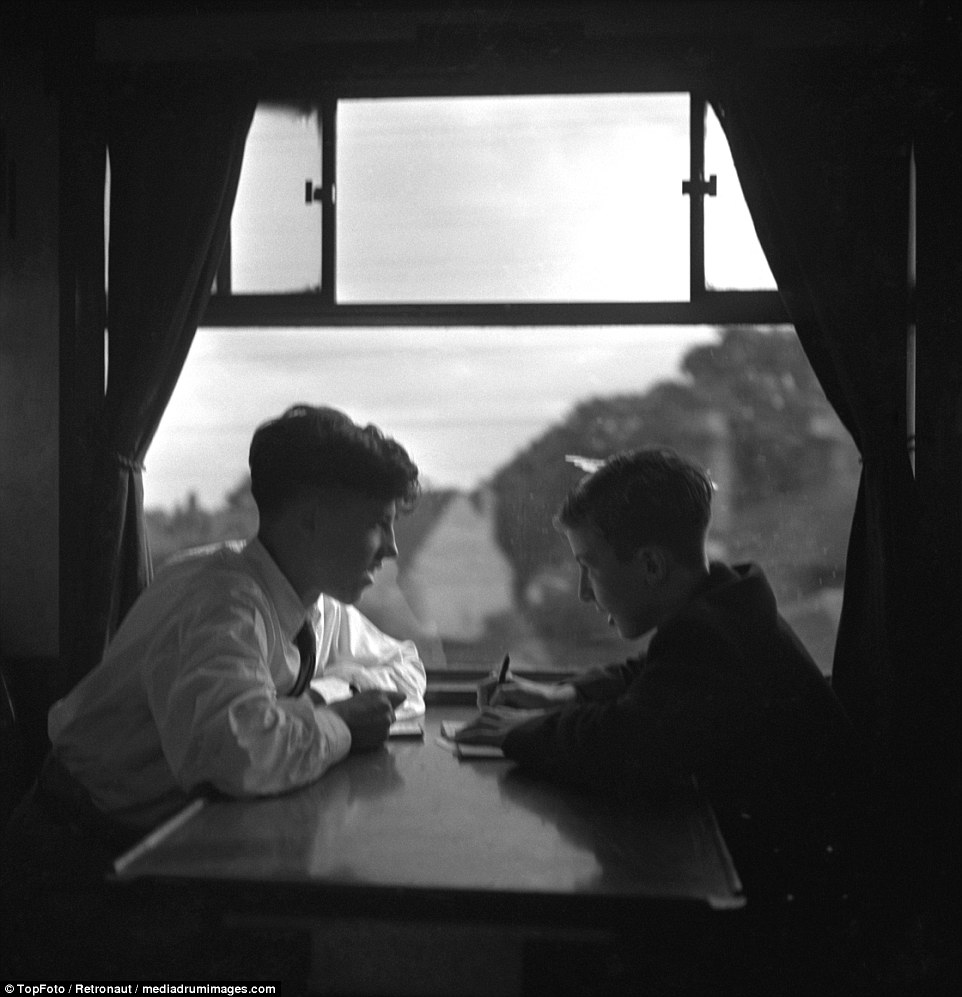 Today, some of the old rolling stock has been preserved and is used for special tours during the summer months