A former stunt woman who appeared in ‘Back to the Future II’ and doubled for stars such as Jessica Alba and Brooke Shields has died in a shootout in Ohio on Wednesday after she and her husband ambushed her ex-husband and his new wife.

Cheryl Sanders, 59, and her husband Reed (Robert) Sanders, 56, were shot dead by Cheryl’s ex-husband Lindsay Duncan on Wednesday, February 12, in a deadly shootout outside Duncan’s home.

The former married couple is believed to have been engaged in a long-running feud regarding a college trust fund set up for their two daughters.

Duncan, a celebrity nutritionist who has appeared on ‘The Dr. Oz Show’ and ‘The View’, is not facing any charges in their deaths as police say he acted in self-defense. 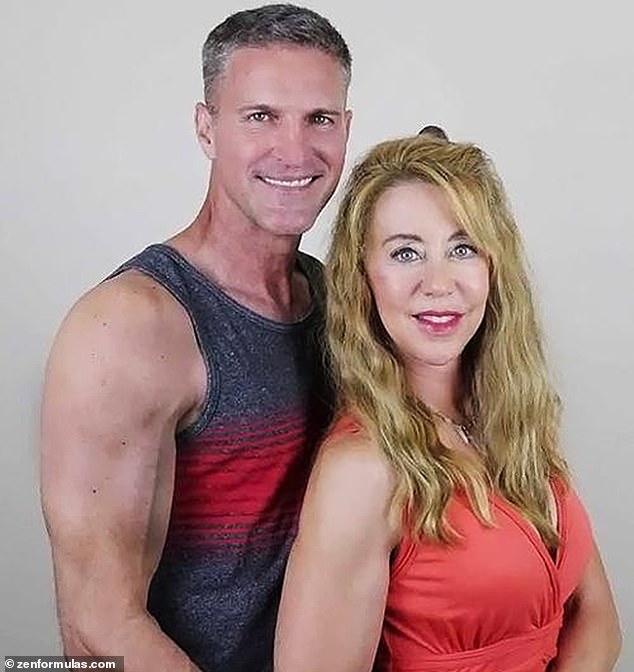 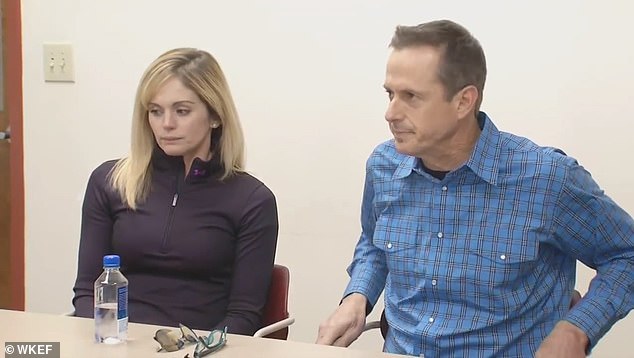 Molly and Lindsey Duncan issued a statement on Friday about being ambushed and killing Lindsay’s ex-wife and her new husband outside of their home in Yellow Springs, Ohio

Cheryl and Reed Sanders ambushed Molly and Lindsay Duncan outside of their million-dollar home in Yellow Springs, Ohio, on Wednesday, having traveled from their own home in Leicester, North Carolina.

According to a press conference held by the Duncan couple and their attorney on Friday, they were returning home when a man in a camouflage mask and hoodie ran up and held a gun to Molly’s head while they were checking the mail. 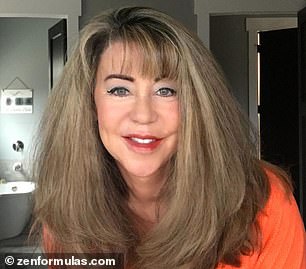 ‘I thought it was a bad nightmare,’ Lindsey Duncan told the Daily News.

‘Whatever happened after that was instinct.’

As Lindsay pulled out a gun when attacked by the man, now identified as Reed Sanders, Cheryl Sanders also appeared and a shootout began.

Lindsay Duncan fatally shot the couple in the exchange.

He has not been charged with a crime as police believe the surveillance footage recovered from the incident proves he was acting in self-defense and that Sanders had threatened him and his wife.

‘The word ambush is exactly what it was,’ Molly Duncan said.

‘We were caught off-guard. They said nothing and they started shooting at us.’ 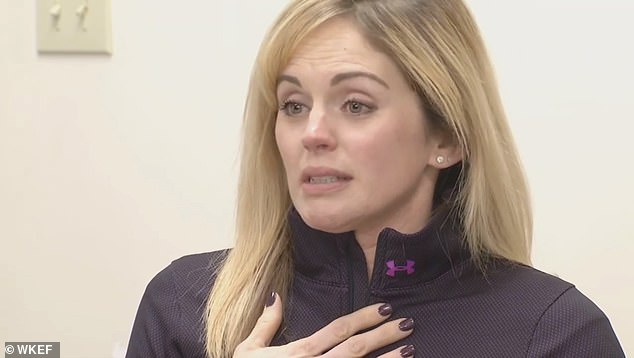 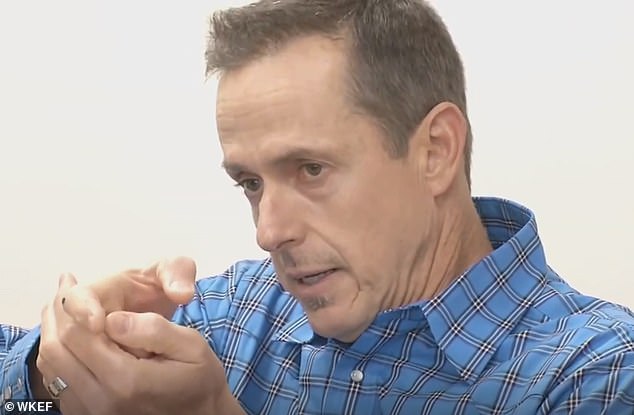 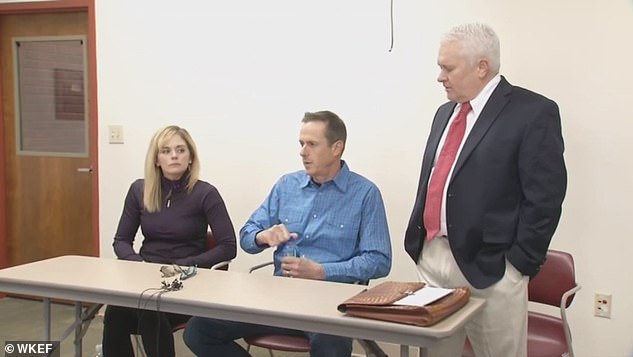 Lindsay was the person to make the call 911 after the attack in which he is heard saying: ‘I shot them, they came up to our window and had a gun pointed at my wife’s head.’

Greene County officials initially declined to name Duncan as he was not a suspect in the case but the couple held their own press conference with their attorney on Friday to reveal their version of events.

‘All I remember was a 6-foot-something 6-foot-5 man, that was probably 230 pounds with a camo mask, a full camo mask and hoodie on, ran to my wife’s driver’s side with a gun, and held it about 10 inches from her head,’ Lindsey said.

‘I will tell you she (Molly) was in the middle of two separate gun battles, of bullets flying by her head, four inches, five inches, six inches by her, not one time but two separate times. And her being alive today, I’ll never be able to explain that. And it wasn’t one shot or two shots, it seemed like a hundred shots and there were shells everywhere. And that’s all I can really say, and I’ve probably said too much but that’s enough.’

Surveillance footage of the attack seems to confirm Duncan’s telling of the incident.

Reed Sanders was also found with several false forms of identity with him in addition to counterfeit car tags. 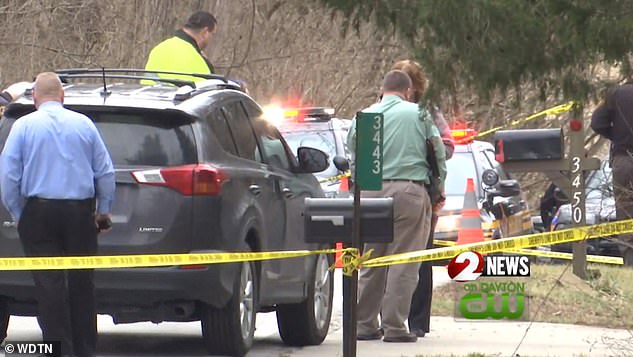 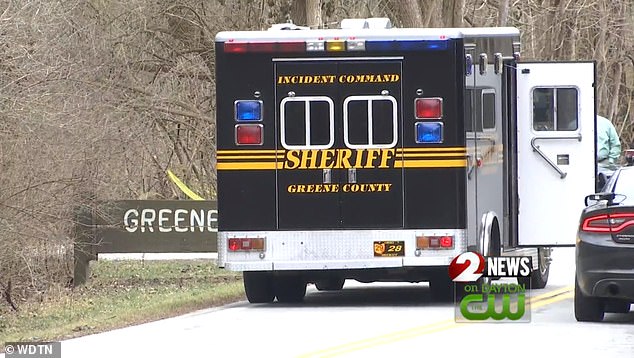 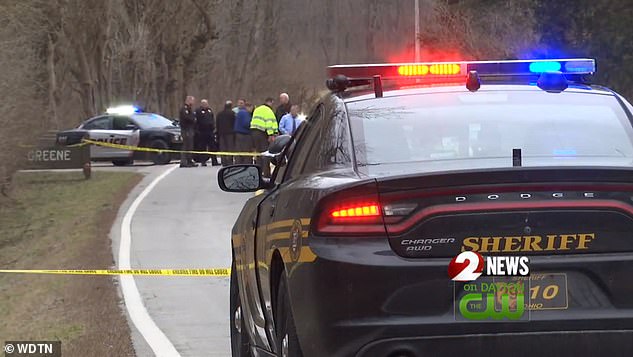 ‘[Cheryl] was threatening to kill the guy’s wife and he fired upon that person,’ explained Sheriff Gene Fischer.

‘About five years ago, the resident …notified us that he had received information that the ex-wife was trying to hire somebody to murder him,’ he continued, telling of a previous incident in which Duncan feared his ex-wife.

Police are still investigating what caused the couple to turn up armed to Duncan’s home but it is believed to have been due to on ongoing feud about money.

According to Citizen Times, the dispute involved the trust fund established for Cheryl Sanders and Lindsay Duncan’s two adult children, which was supposed to pay for the girls’ college expenses.

‘He has given them nothing but hell ever since she married him,’ a friend of Reed Sanders said of Lindsey Duncan, adding that the ex-husband was ‘domineering’ toward Cheryl Sanders.

‘He didn’t like the fact that she had remarried and was happy,’ he added.

‘Part of the problem is he had to sign off on wherever they went to school, and they didn’t go to the schools he wanted them to, so he refused on signing off on letting them have the money.’ 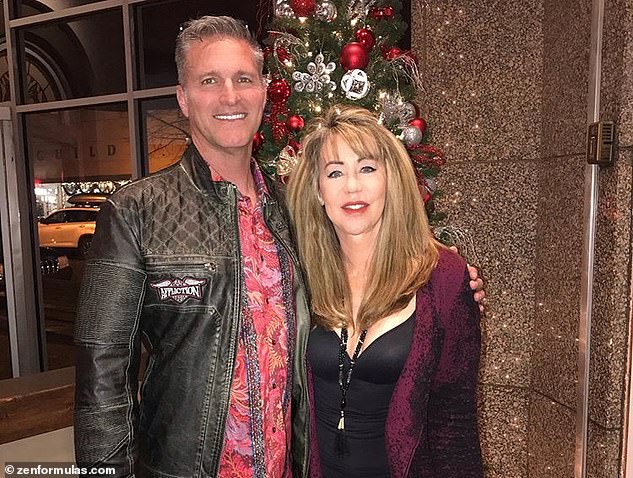 The friend also confirmed that Sanders had a gun.

‘They carried them all the time,’ he said.

In court documents sourced by Dayton Daily News, Cheryl Sanders and Lindsay Duncan signed a ‘prenuptial agreement in 1999, were married, then divorced in 2009’.

‘Since the divorce, the records indicate their relationship remained sour,’ the paper reported.

‘What we plan to do in a case like this is…once the investigation is done have the matter presented to a Greene County grand jury for a review to see if any charges are warranted. That’s typically what we do but it’s going to be a long process.’

Sanders previously worked as a Hollywood stunt double in the 1980s and appeared in the movie ‘Back to the Future’ and stood in for Rene Russo in The Thomas Crown Affair and the Lethal Weapon series.

Her stunts involved a 20-foot fall on the set of ‘Back to the Future, which brought her career to a halt in 1989. She shattered bones in her face, right arm and hand when a cable was released in the fall and she hit the concrete.

She also did double work for Jessica Alba in 2016 and some work for Brooke Shields.

The couple were living in North Carolina for the past four years where they ran a nutrition and fitness company.