The subway shooting suspect wanted for killing a man on Sunday has turned himself in after a minister negotiated his arrest.

Andrew Abdullah is accused of shooting dead Daniel Enriquez on the Manhattan-bound Q train on Sunday in an apparently unprovoked attack. He then fled the Q train at Canal Street station and has been on the run ever since.

On Tuesday, a minister went to the Fifth Precinct in lower Manhattan on his behalf to negotiate with cops. The man arrived in a Fendi blazer and a $350,000 Rolls Royce.

Abdullah then appeared around an hour later.  He was marched into the police station by two cops and was wearing a stained white t-shirt and cargo pants.

Earlier in the day, the victim’s grief-stricken sister told DailyMail.com in an interview that she hoped her brother’s death would bring an end to the violent crime on the subway and finally prompt action from officials.

‘I want to make sure that everyone knows Daniel Enriquez was. I don’t want anyone else to go through this.

‘The senseless violence has to stop. My brother lost his life. Of all the people on that train, of all the people in New York, they chose him. I don’t want him to die in vain,’ Griselda Vile said through tears. 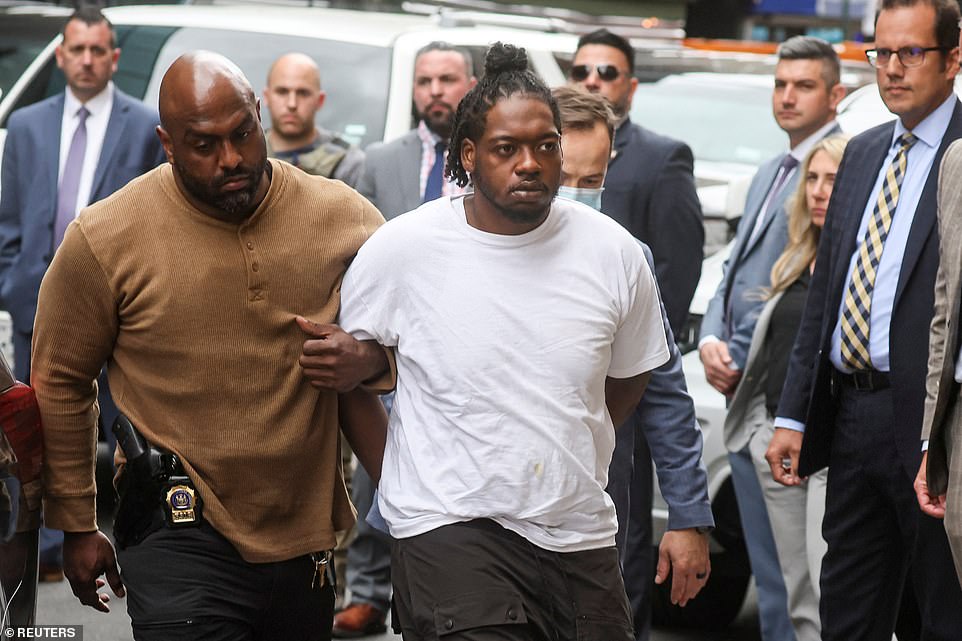 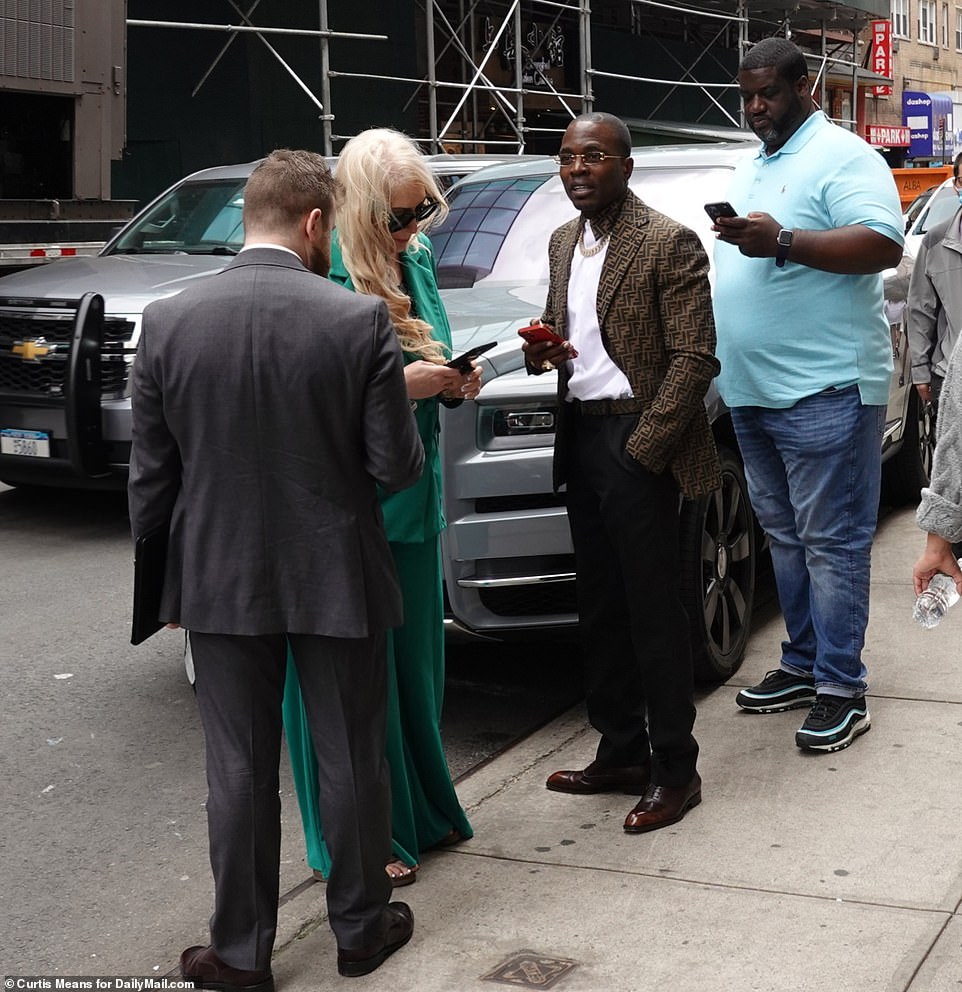 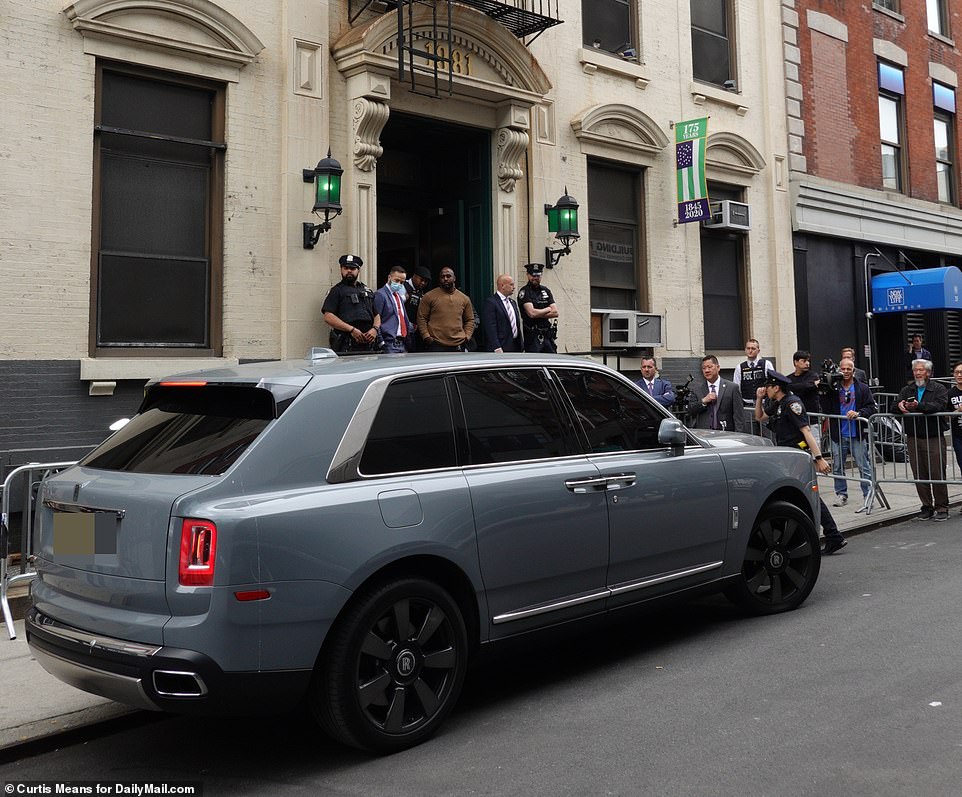 The Rolls Royce that the minister arrived at the Fifth Precinct in Manhattan on Tuesday. He negotiated on behalf of the shooter, according to police sources 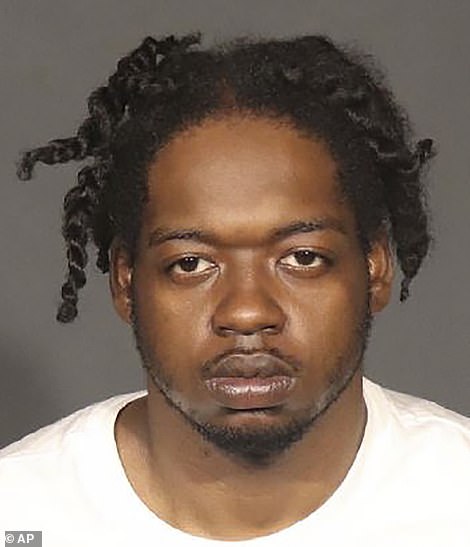 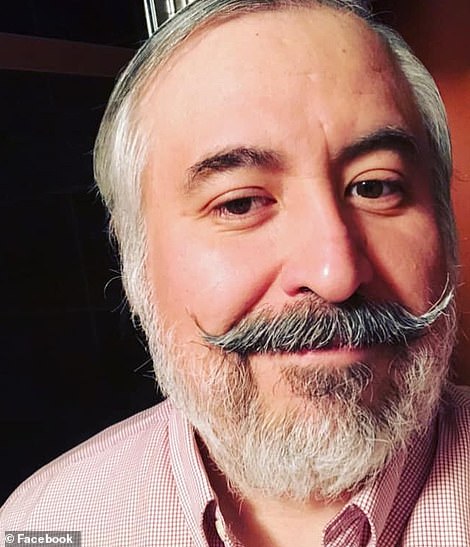 The victim, Daniel Enriquez, 48, was traveling to meet his brother for brunch on Sunday at 11.42am when he was shot and killed

Enriquez was on his way to brunch with his brother when he was shot in the torso in an unprovoked attack that is the latest in a spate of violent subway crimes.

His sister said she planned to beg the DA not to release Abdullah on bail so that he cannot harm anyone else.

‘We have to go back to work every day. I still have to take the train. I take it, my husband takes it, my daughter takes it every day to school. This is one of the things that makes the city great.

‘We have no choice, we just went through a pandemic and we have to go back to work.  We want our kids to feel safe in New York.

‘I mean, we’re New Yorkers. We take the train everywhere. I take my students on field trips on the train. I’m going to be speaking to the District Attorney.

‘I don’t want this person to go back out and do the same thing. This person needs help and prison may not be the answer but my brother will not die in vain.

‘New York City does not feel safe and yet we have to go on.’

She also revealed that the NYPD has not kept the family updated with the investigation.

‘My brother was executed on the Q train on the bridge. They didn’t handle it delicately. I get more information from journalists than the police. I’m going to meet with the DA because every New Yorker should not wake up and wonder if it’s their last day,’ she said.

At the time of the shooting, Abdullah was on bail for previous violent offenses.

In 2017, the Times reports, Abdullah was arrested on an 83-count indictment from the Manhattan District Attorney for a slew of offenses along with other known members of the Harlem-based gangs Fast Money and Nine Block. 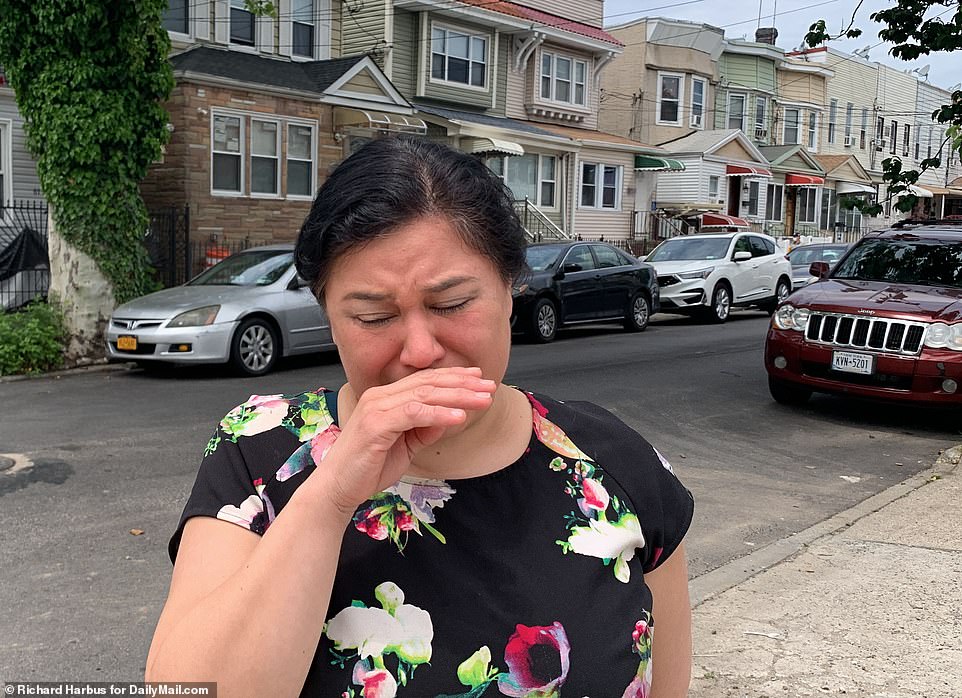 ‘My brother cannot die in vain… the violence has to stop’: Daniel Enriquez’s sister Griselda broke down in tears as she told DailyMail.com on Tuesday how she learned more about her brother’s death from journalists than from the NYPD. She still takes the train and says she will personally ask the DA not to grant Abdullah bail in an effort to crack down on the violence

He pleaded guilty to attempted criminal possession of a weapon and conspiracy charges the following year in exchange for a maximum prison term of three years – but he was paroled by June 2019.

Just six months later, in January 2020, Abdullah was again arrested for violating his parole by possessing a loaded gun outside of his Harlem apartment building – a case which is still pending – and was released after posting a $100,000 bail.

By March 2021, the Manhattan District Attorney once again charged him with domestic assault and endangering the welfare of a child after he allegedly punched a woman and slammed her against a wall while she was holding a baby.

And in April, the Brooklyn District Attorney’s Office charged him with stolen property and the unauthorized use of a vehicle. 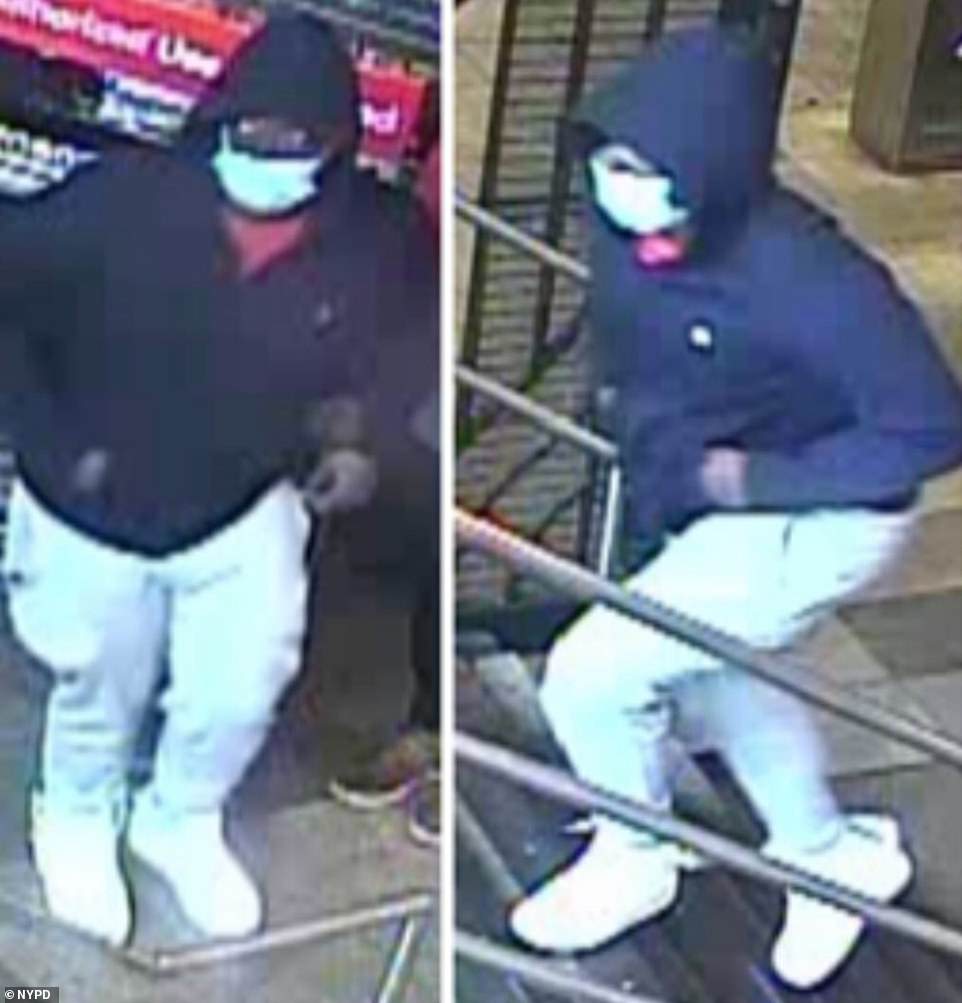 Police had previously released photos from surveillance footage of the suspect 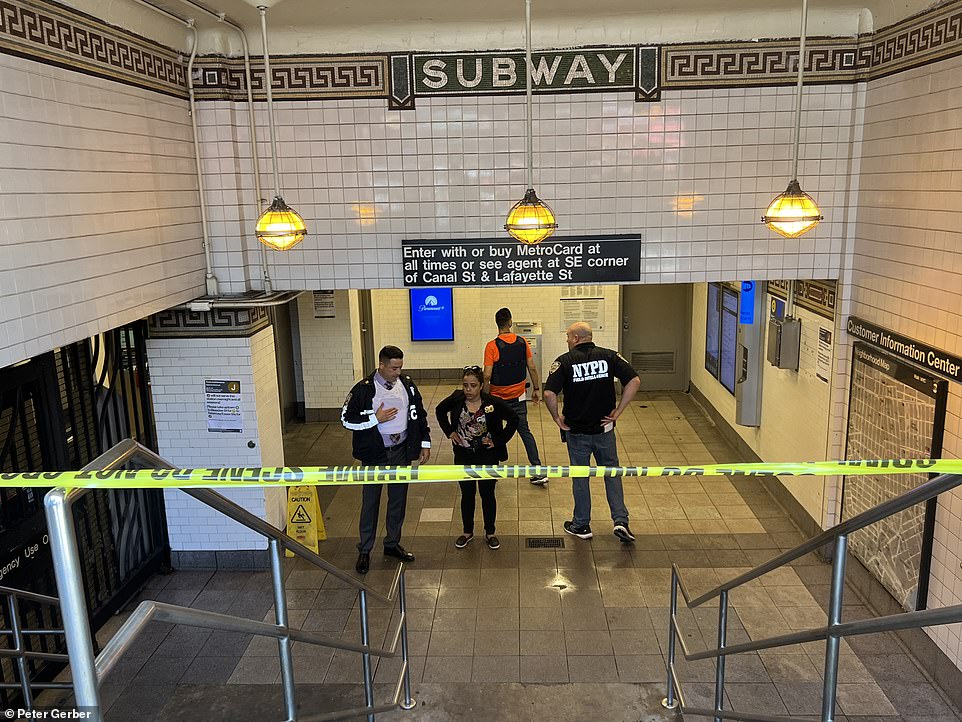 Both of those cases are also ongoing, the Times reports, and he is due back in court on the gun charge on June 6.

Enriquez, meanwhile, was on his way to have brunch with his brother Sunday morning when he was shot and killed.

He had planned to take an Uber but it cost $40 each way rather than the $23 it normally costs, his partner Adam Pollack told DailyMail.com.

So instead, Enriquez decided to catch the Q train into Manhattan then switch onto the L train to Williamsburg, where he would walk to Horses and Divorces, a pool hall in the area. He would then take a cab back home, Pollack said. 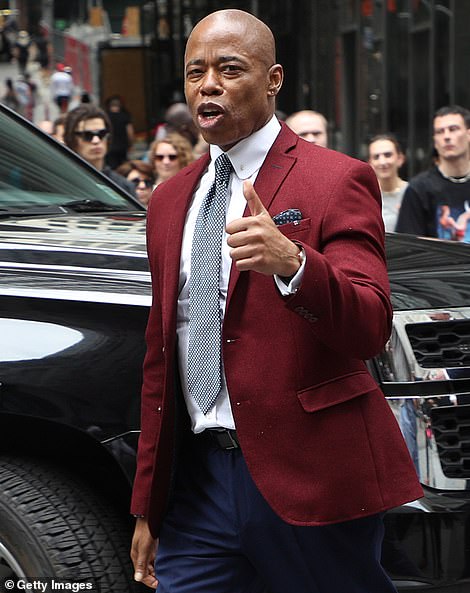 NYC Mayor Eric Adams at the Balenciaga show on Saturday. He is yet to crackdown on subway crime

But Enriquez never made it back, and Pollack said he was stunned to learn his partner was sitting in the last car on the train – which he thought was too dangerous.

‘I would never blame him but would I ever sit in the last car of the train? No f*****g way. As trapped as you are on the subway you’re even more trapped in there.’

He said he and Daniel often talked about crime in the city and how it was especially dangerous for people who didn’t have any choice but to take the subway.

‘The people who have to take the subway are less fortunate… he was fine. Everyone who is more wealthy is at home working.’

Griselda Vile, Enriquez’ sister, also spoke on Sunday night about the pain her family was suffering as a result of the attack.

And Goldman CEO David Solomon said in a statement that the firm was ‘devastated’ by the man’s death. He had worked there for nine years.

‘Daniel Enriquez was a dedicated and beloved member of the Goldman Sachs family for nine years.

‘He worked diligently to support our Macro Research team in New York and epitomized our culture of collaboration and excellence.

‘We are devastated by this senseless tragedy and our deepest sympathies are with Dan’s family at this difficult time.’

Transit Bureau Chief Jason Wilcox told the MTA board on Monday that a designated ‘train force’ of cops will be introduced to trains.

‘In May we have created a new Train Patrol Force, or TPF, that will perform dedicated, targeted, and visible train patrols on the late evening and overnight hours.

‘The TPF is not a new concept, it was a type of transit patrol done in years past, notably, by our mayor when he was a transit cop,’ he said, according to AM New York.

‘It was an idea that we felt we needed to return to,’ he added. The TPF existed in New York City in the 1990s but was disbanded in 1995 when it folded in to the NYPD.