Sudan crisis: Why are people turning their social media blue for Sudan, what does it mean?

Sudan, in northeast Africa, is in the midst of a political and humanitarian crisis. After security forces opened fire on pro-democracy protestors in the capital Khartoum, reports of human rights violation have poured in. The death toll reports vary, but harrowing reports of sexual violence and bodies being tossed in the River Nile are largely thought to be reliable. Now social media users are turning their accounts blue in solidarity with Sudan – but why?

What is the significance of blue?

The hashtag #BlueforSudan is trending across social media platforms such as Twitter, Instagram and Facebook, and users are posting solid blue pictures and changing their profile pictures to blue.

The colour has come to represent the crisis after the death of activist Mohamed Mattar, whose favourite colour was blue.

The 26-year-old engineer was fatally shot during the June 3 crackdown on a pro-democracy protest camp in a square in front of the military headquarters. 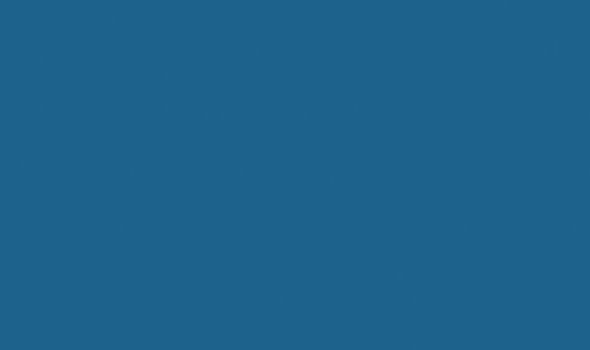 Mattar was reportedly shot while trying to protect two women during the bloody dispersal of the camp, said to be at the hands of the Rapid Support Forces (RSF), a paramilitary group led by a senior member of Sudan’s ruling Transitional Military Council (TMC).

Shahd Khidir, a friend of Mattar’s, said: “Once he was murdered, his friends and family changed their profile picture to match his, and eventually other people began to join in.

“Now [the colour] represents all of the Sudanese people who have fallen in the uprising.”

Now, amid a near-total internet blackout in Sudan, the trend has taken on a global significance, as social media users use the blue to show solidarity with those living in Sudan. 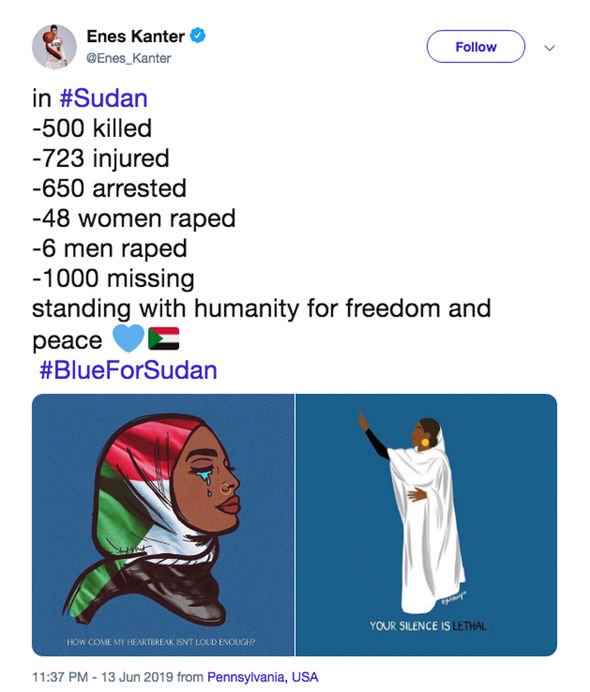 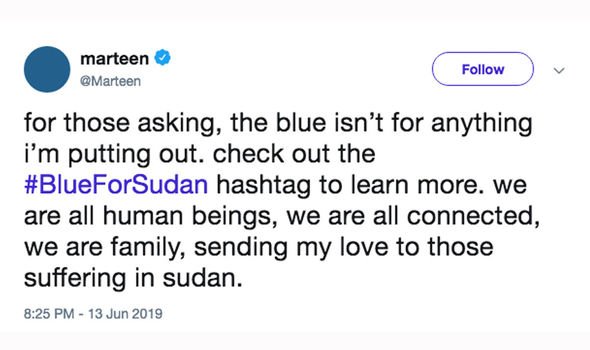 Social media has been largely responsible for spreading the news of the crisis, shaping much of the news agenda abroad.

One social media user told Express Online: “[I’ve changed my picture to blue] to show solidarity and honour people who have been killed in Sudan.

“When I first saw the blue it was on a friend’s Insta story.

“From there I followed an account specifically putting info about what’s happening in Sudan out and then I read the news about it.”

For those in Sudan, protestors and journalists have long relied on social media to organise demonstrations and share updates with the rest of the world, which is getting harder. 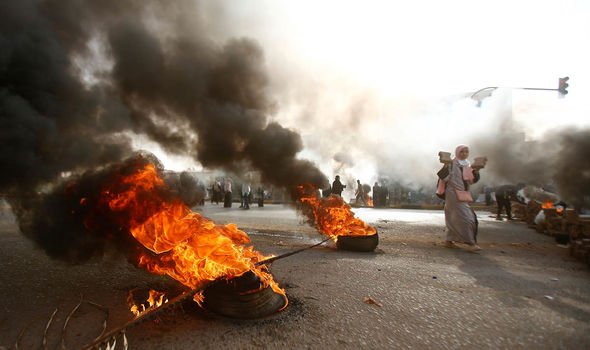 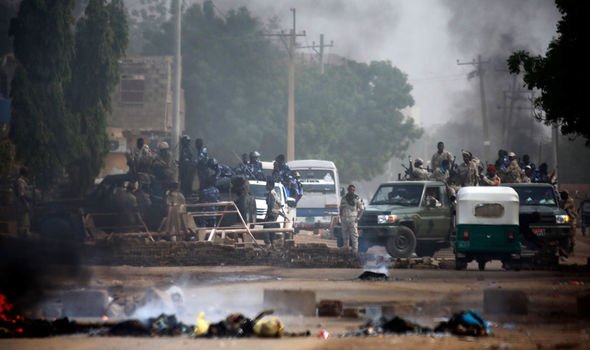 The shutdown has presented a significant challenge to the Sudanese diaspora, which has played a key role in spreading information from the protest movement internationally.

Those outside Sudan have been forced to rely on phone calls or word of mouth to receive information from the ground, without any visual footage, which they, in turn, share on social media.

“We don’t know what’s happening. So if something happens, how are we gonna be able to get that footage out?

“The only way we can reach our families now is through telephone, but that still isn’t enough.”