GENEVA (Reuters) – A suicide bomber killed at least 27 members of Iran’s elite Revolutionary Guards on Wednesday, Tasnim news agency said, in a southeastern region where security forces are facing a rise in attacks by militants from the country’s Sunni Muslim minority. 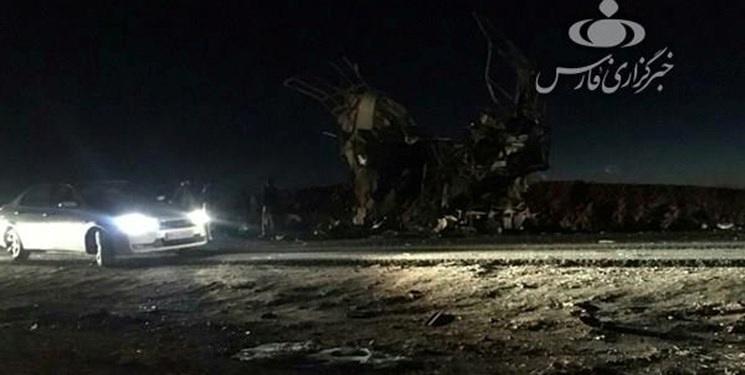 A suicide bomber driving a vehicle laden with explosives attacked a bus transporting members of the Guards, the force said in a statement.

A video posted by Fars showed blood and debris at the site of the attack on the road between the cities of Zahedan and Khash, a volatile area near the Pakistan border where militants and drug smugglers operate.

The explosion was so powerful that the bus was turned into a twisted pile of metal, a photo published on Fars showed. Reuters could not independently verify the images.

While Jaish al Adl and other groups like it are not regarded as a major security threat, the attack is a fresh blow to the image of the Guards, the most powerful force in Iran, which reports directly to Supreme Leader Ayatollah Ali Khamenei.

Twelve members of the Guards were among 25 people killed last autumn in an attack by gunmen on a military parade in the city of Ahvaz. The militant Sunni group Islamic State and an Arab separatist group claimed responsibility for that attack.

“The self-sacrificing military and intelligence children of the people of Iran will take revenge for the blood of the martyrs of this incident,” Fars quoted him as saying.

In October, Jaish al-Adl claimed responsibility for kidnapping 10 Iranian security personnel. Some of them have been released.