Sunday postcard: Welcome to Supai, the most remote community in the US

Supai: The hike is hot and dry; three kilometres meandering down into Arizona's 600-metre deep Haulapai Canyon, then 10 kilometres through a dry creek bed, sinking in sand and gravel, scaling rocks and dodging scorpions as the hot sun peeks through openings in the towering walls of red rock.

At the end of the trail, nestled in the south-east corner of the Grand Canyon, is the town of Supai, home to about 900 members of the Havasupai Indian Tribe. 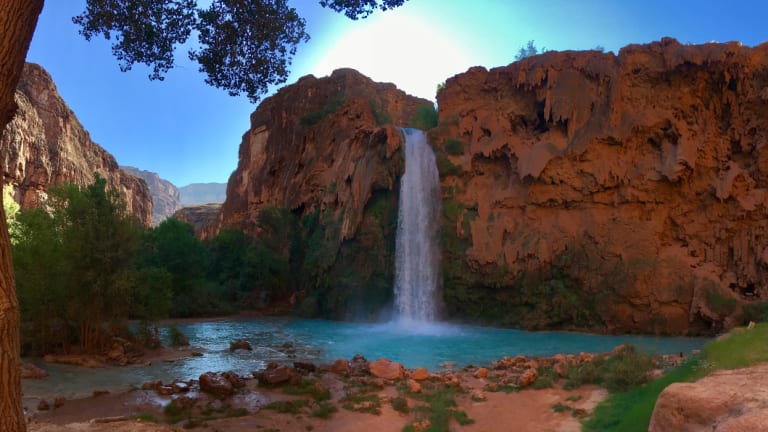 Waterfalls in the Havasupai Indian Reservation are coloured blue by the presence of limestone.Credit:Rachel Olding

Supai is the most remote community in the contiguous United States. Accessible only by foot or mule along the 13-kilometre trail, or by helicopter, it is the only place in the US where the mail is still carried in and out on a mule's back.

The harsh desert would have withered this tribe a long time ago were it not for the stunning river system running through the reservation, originating from a hidden aquifer and coloured fluorescent blue by the rich presence of travertine limestone. It creates breathtaking waterfalls and sustains fields of corn, squash and beans that have allowed the Havasupai – meaning people of the blue-green water – to survive.

Supai's beauty may be a rarity but its story is a familiar one across the US, where American Indians are in a limbo of success and loss, running their own governments and crowding election ballot papers but still facing land dispossession and stalling on health and economic progress. 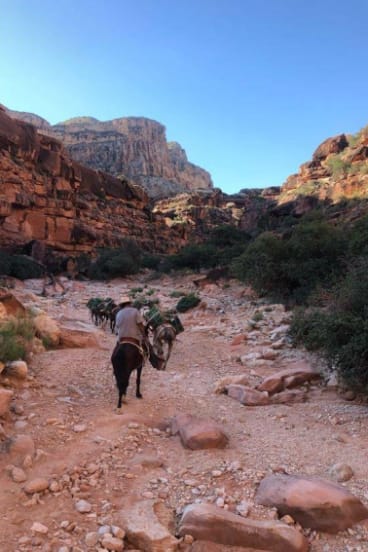 Mail and other supplied are brought in and out on the backs of mules.Credit:Rachel Olding

Supai has taken advantage of its beauty by operating a thriving tourism market; 25,000 annual visitors provide about 80 per cent of the tribe's economy. Passes to camp in the reservation are in such high demand that they book out within minutes each year. Many visitors say they try for years to nab a ticket to what seems like Xanadu.

But, as they walk through Supai to the campground, they pass the most underprivileged indigenous school in the country. They walk down roads of salmon-pink sand that turn to mud when savage floods often come through, destroying crops and dams. They may pass tribe members suffering alcoholism or drug dependency, or living in poverty without employment.

In a situation that may seem utopian to Australians, 573 federally recognised American Indian and Alaska Native tribes are each a nation unto itself – sovereign, self-determining and self-governing. Tribal universities, courts and councils are common. Although there are only two indigenous members of Congress, dozens more are running for local, state and federal office.

But American Indians suffer disproportionate rates of poverty and illness and the Trump administration is making efforts to roll back some land protections. The Havasupai were restricted to just 518 acres in the 1880s and lost more land when the Grand Canyon national park was created. Then, in 1975, they won back 188,077 acres in a major claims case. 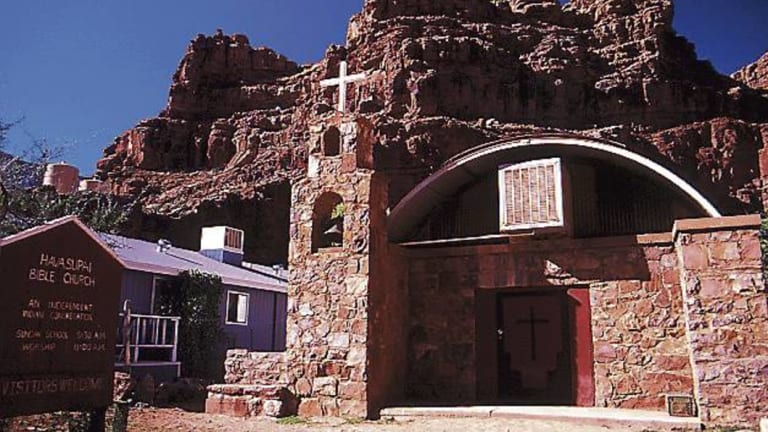 A church in the town of Supai, the most remote community in the contiguous United States.Credit:Andrew Bain

The tribe is governed by a seven-member tribal council. Notices outside a small supermarket flag an upcoming trial in the tribal court and there are signs for workshops on mindfulness and growing food.

But the school is empty on a Thursday morning. Students and their families are suing the federal Bureau of Indian Education, alleging neglect has resulted in incredibly low literacy levels, high teacher turnover and days where there are no classes at all.

Locals are friendly to visitors but outsiders have betrayed them many times. Tribe members supplied blood samples to an Arizona university for a study on diabetes, only to discover in 2003 that the samples were used for other studies, including one on inbreeding and another that sought to prove the tribe originated from Asia. (Many locals knew this but found it offensive as folklore says they originated from the canyon. Blood is also sacred to the Havasupai.) Now, they fear a uranium mine being built nearby may contaminate their life-sustaining water.

"The white man says it will be safe but they have lied to us in the past,” Rex Tilousi, a former tribal chairman, said at a recent prayer gathering to protest the mine.

This pocket of the Grand Canyon is a poignant snapshot of native America: beautiful, arduous and with a future unknown.