Superdry doubles its losses to £167m

Clothing brand Superdry nearly doubled its losses in its most recent financial year as it dealt with the first month of lockdown.

It came as Superdry was forced to close all of its stores in the last month of the financial year, pushing revenue down 19% to £704.4 million. 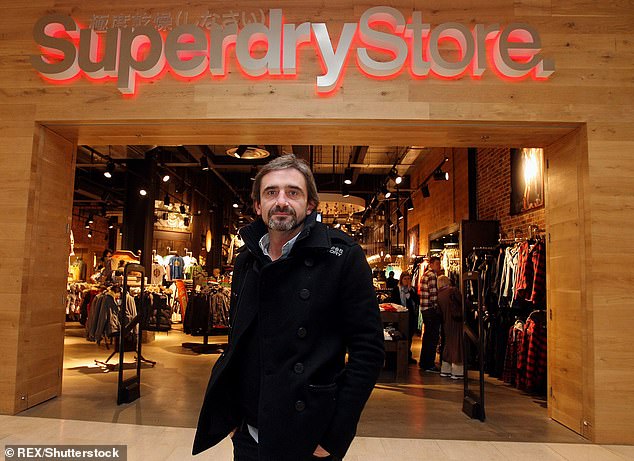 Julian Dunkerton (pictured), 54, made a net £440million from selling the Japanese-inspired fashion label, and the entrepreneur is no stranger to luxury

But the drop in revenue was also evidence of a change in direction for the business.

Founder Julian Dunkerton left Superdry in April 2018 to concentrate on his other business interests.

He owns The Lucky Onion group, which operates a small group of hotels, restaurants and pubs in the Cotswolds but was reinstated on the retail company’s board in 2019.

Since Dunkerton returned to the fold in April last year he has started slashing discounts on its stores.

In January he said that the proportion of the business’s sales that were discounted had halved over the peak trading period, around Christmas.

But it is a plan that Mr Dunkerton has been forced to – at least temporarily – shelve because of the Covid-19 pandemic.

‘We have discounted more in recent months compared to the prior year to help clear excess stock which accumulated during the temporary store closures resulting from Covid-19,’ bosses said on Monday.

Around 95% of Superdry’s stores have now reopened. 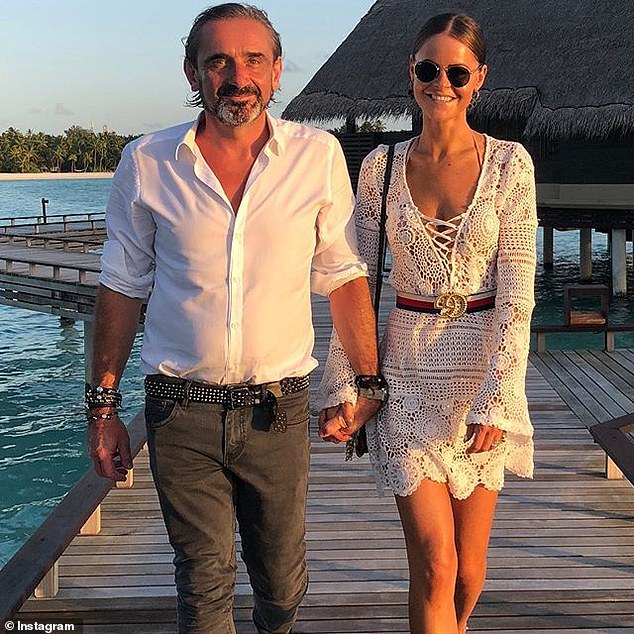 Jade said that watching her body shape change has ‘taken some getting used to’. Pictured: Her and Dunkerton before her pregnancy

Mr Dunkerton said: ‘While our underlying profit has been impacted by trading performance during the year, including Covid-19-related store closures, I am particularly pleased by how strongly e-commerce has performed, with the 2021 financial year first-quarter revenues nearly doubling year-on-year.

‘This has been complemented by our increased digital consumer engagement, which helped drive a stronger womenswear mix than we have ever seen before.

‘We are delivering on the reset of the business, despite the impacts of the pandemic.

‘This has included reinvigorating the store design and layout, preparing for a relaunch of our website, and significantly increasing the number of options available both in store and online.’

So far this financial year business is still interrupted, but is doing better than it was around April.

Last month, the fashion retailer agreed to a new £70million financing deal with its banks and said sales fell less than expected.

The fashion chain, which was already struggling before the coronavirus crisis, said the new loans it has secured through its lenders HSBC and BNPP will run until January 2023.

Even though it has now reopened the majority of its stores, Superdry said total store sales fell 58 per cent in the three months, with like-for-like sales trading down 32 per cent.

Online sales soared 93 per cent in the quarter, though it said they have started returning to more normal levels in recent weeks as stores reopen with the easing of lockdown restrictions. 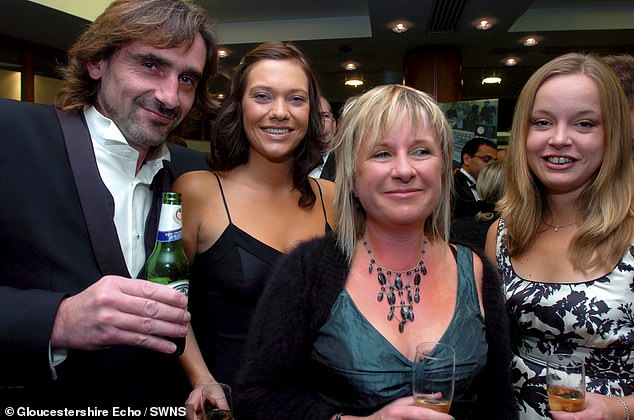 Millionaire Superdry tycoon Julian Dunkerton is in the middle of a ‘wife swap’ love tangle. He was previously married to Charlotte Abbott, 44, (pictured next to him) who is the mother of his two children

Mr Dunkerton, who once said he owns a private jet ‘as a tool rather than an indulgence’, hit headlines last year after a bizarre wife swap saw his ex-wife and mother of his children Charlotte Abbot begin dating his new wife’s ex-boyfriend.

Julian, who at the time was worth an estimated £440 million in 2018, married Jade Holland Cooper, a designer 21 years his junior, following his divorce from Ms Abbot.

Charlotte then started dating Jade’s ex-boyfriend Henry Crudge, a gentleman farmer, DJ and sometime boxer who takes to the ring under the name Count Smacula.

Dunkerton and Jade Holland Cooper and now expecting their first child together.