Supermodels have swapped the catwalk for the pavement at New York Fashion Week, staging their show outdoors to get around Covid restrictions.

Bella Hadid, Irina Shayk and Naomi Campbell were among the famous names turning Broadway into their runway to show off American designer Michael Kors’ latest collection.

Miss Hadid, 24, wore a red ribbed minidress, a red PVC jacket and matching heels to lead a line of models along the famous street in the heart of theatreland. 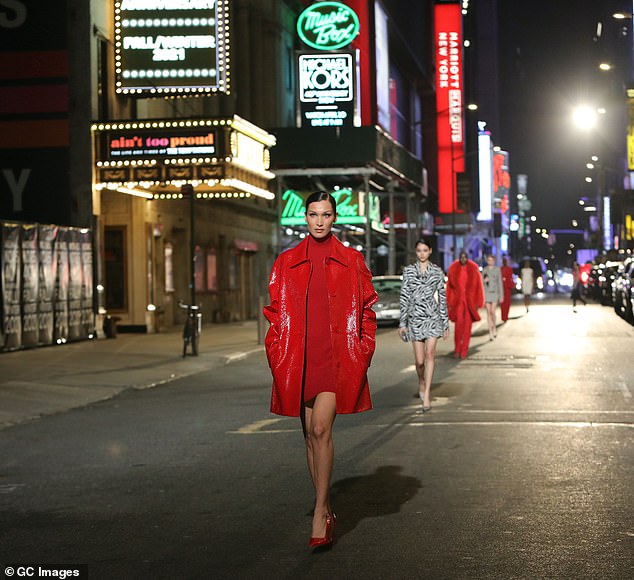 She was joined by Miss Shayk, 35, in a grey sparkly number and calf-length boots.

And British star Miss Campbell, 50, commanded attention in a floor-length glittering black gown with a long coat draped over her shoulders.

Other well-known names taking part in the fashion show included Helena Christensen, 52, in a longsleeved silver number, and Ashley Graham, 33, who wore the same design as Miss Shayk but in navy. 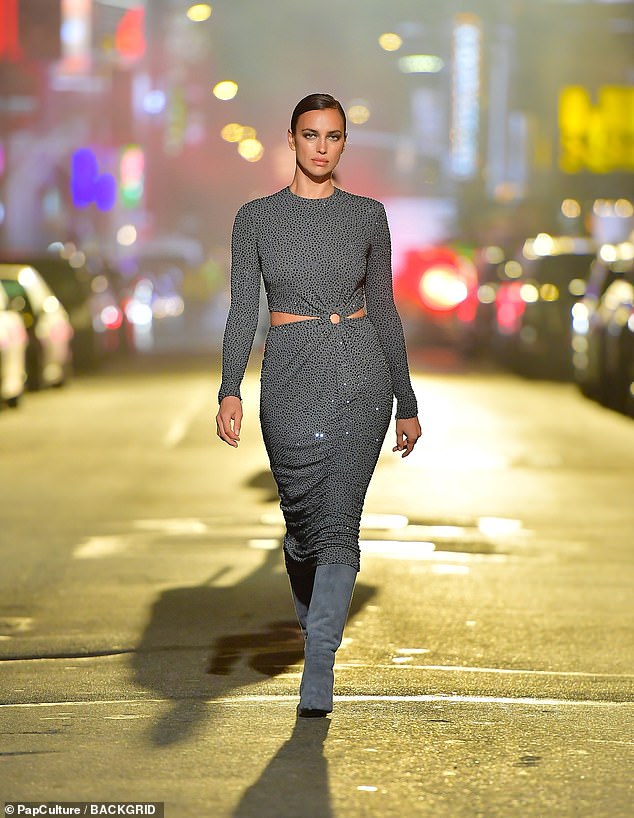 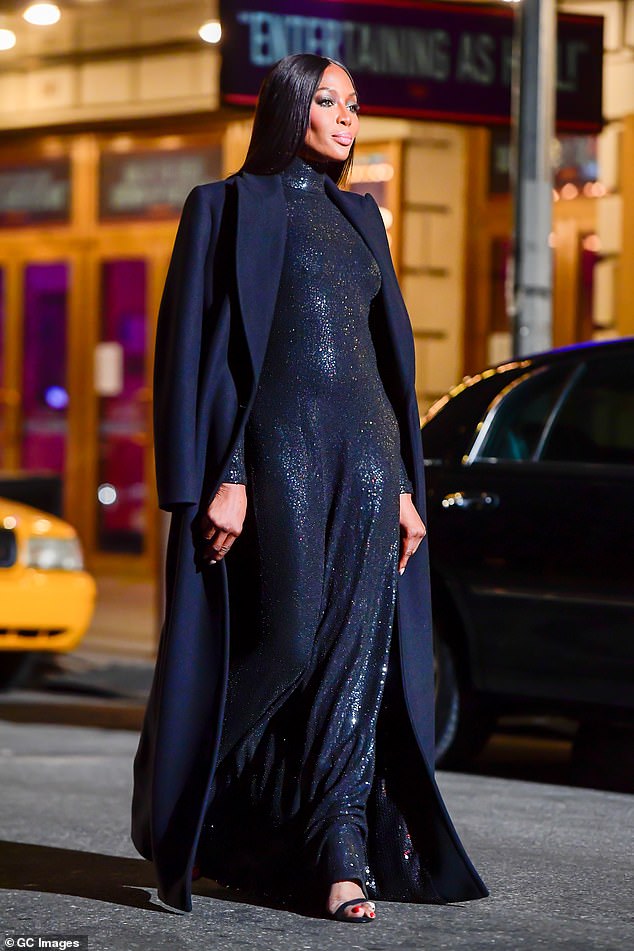 After the show the models were all pictured linking arms with designer Kors who was wearing a face mask.