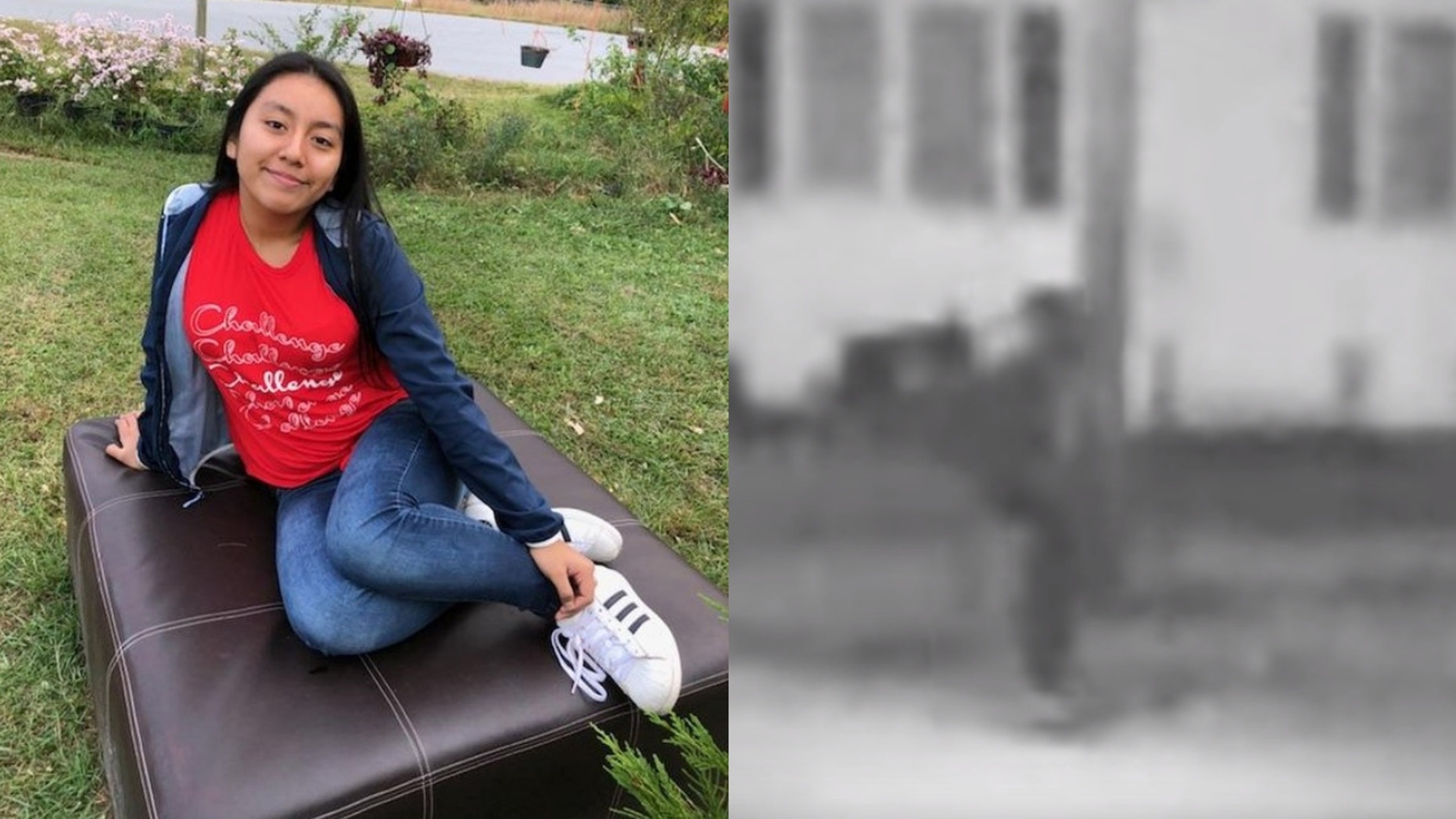 Hania Noelia Aguilar has been missing since she was kidnapped outside her home in Lumberton, North Carolina last Monday.
(FBI)

A man captured on surveillance video walking near the area where a North Carolina girl was kidnapped last week could hold the clue that leads authorities to the 13-year-old and her kidnapper.

Officials are urging anyone who recognizes the "person of interest" in recently released surveillance video to come forward. Hania Noelia Aguilar has been missing since Nov. 5, when she was forcefully taken by an unidentified man outside her Lumberton home. Police said the man in the video is dressed in a light-colored shirt and shoes.

“Several vehicles were seen on the video driving by. If you saw the individual on the morning of November 5 or know this man, please contact our tip line at (910) 272-5871 with any information. If you are this individual, please call the tip line to speak with investigators; your assistance may help in locating Hania,” FBI said in a statement.

Hania was standing outside her home just before 7 a.m. when she was forced into a running SUV parked on her driveway. The 13-year-old screamed as a man wearing black clothes and a yellow bandana took her and sped away in the vehicle, a witness told police.

She was waiting for other family members to drive to school at the time.

Officials located the stolen vehicle used in Hania’s kidnapping Thursday off Quincey Drive in Lumberton. Someone called 911 to report the vehicle in the woods.

Authorities are now urging neighbors and residents who live near where the vehicle was located and the kidnapping scene to come forward with surveillance footage or information that could help in the investigation.

North Carolina Gov. Roy Cooper announced he is offering $5,000 — to add to the FBI’s reward of $15,000 — for information leading to Hania's return.