He stumbled across a cache of materials and alerted cops after turfing out two men for not paying their rent on the house in Bury, Greater Manchester. 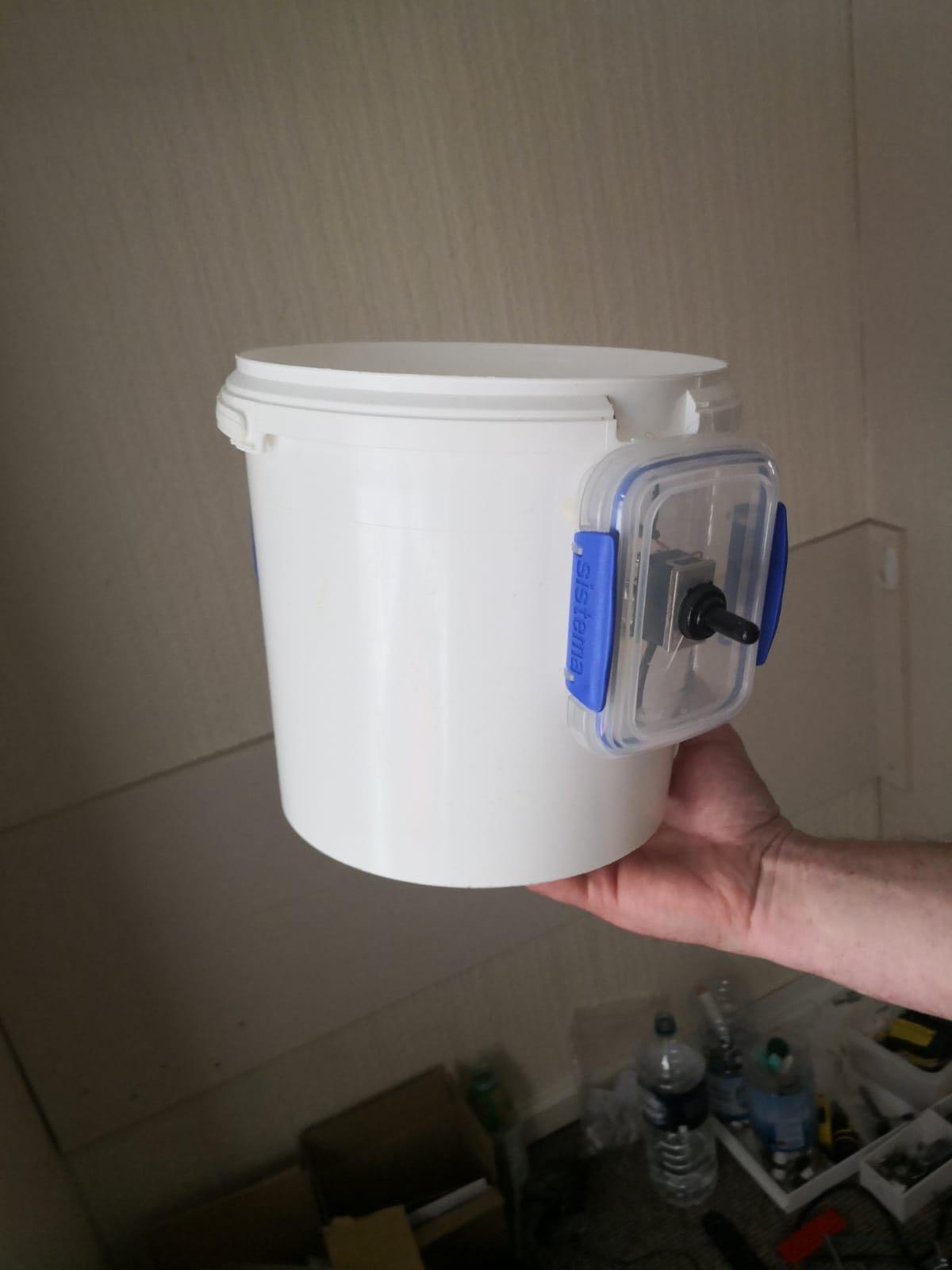 The haul – which the landlord snapped on his mobile phone – included a large bucket with plastic boxes taped to the sides, electrical tools and images of guns.

Anti-terror cops swooped soon after and arrested two men  while MI5 also launched an urgent probe into the alleged network.

Neither man was believed to be on the radar of the authorities.

The suspected cell’s targets are believed to have included police and military buildings or events. 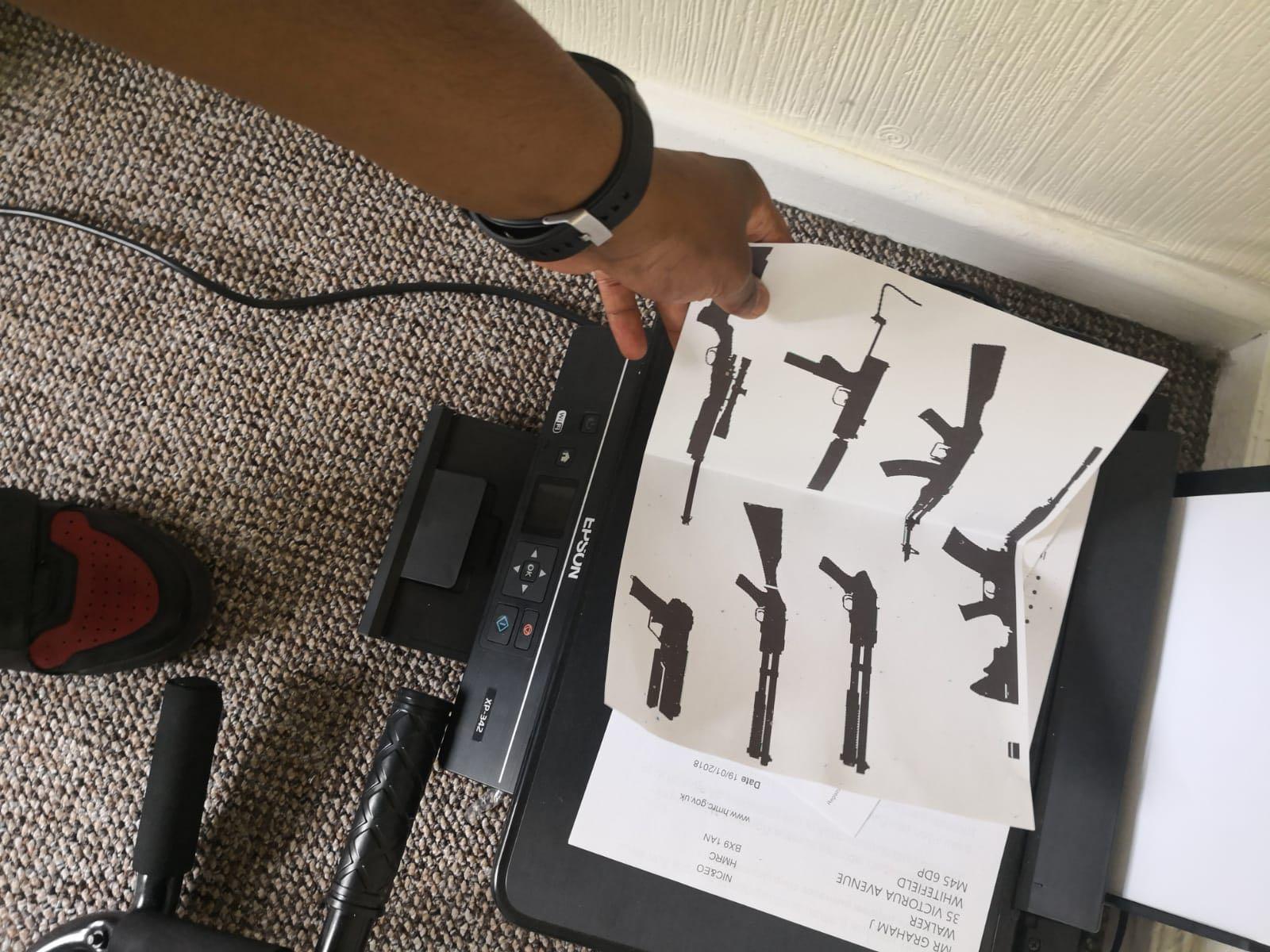 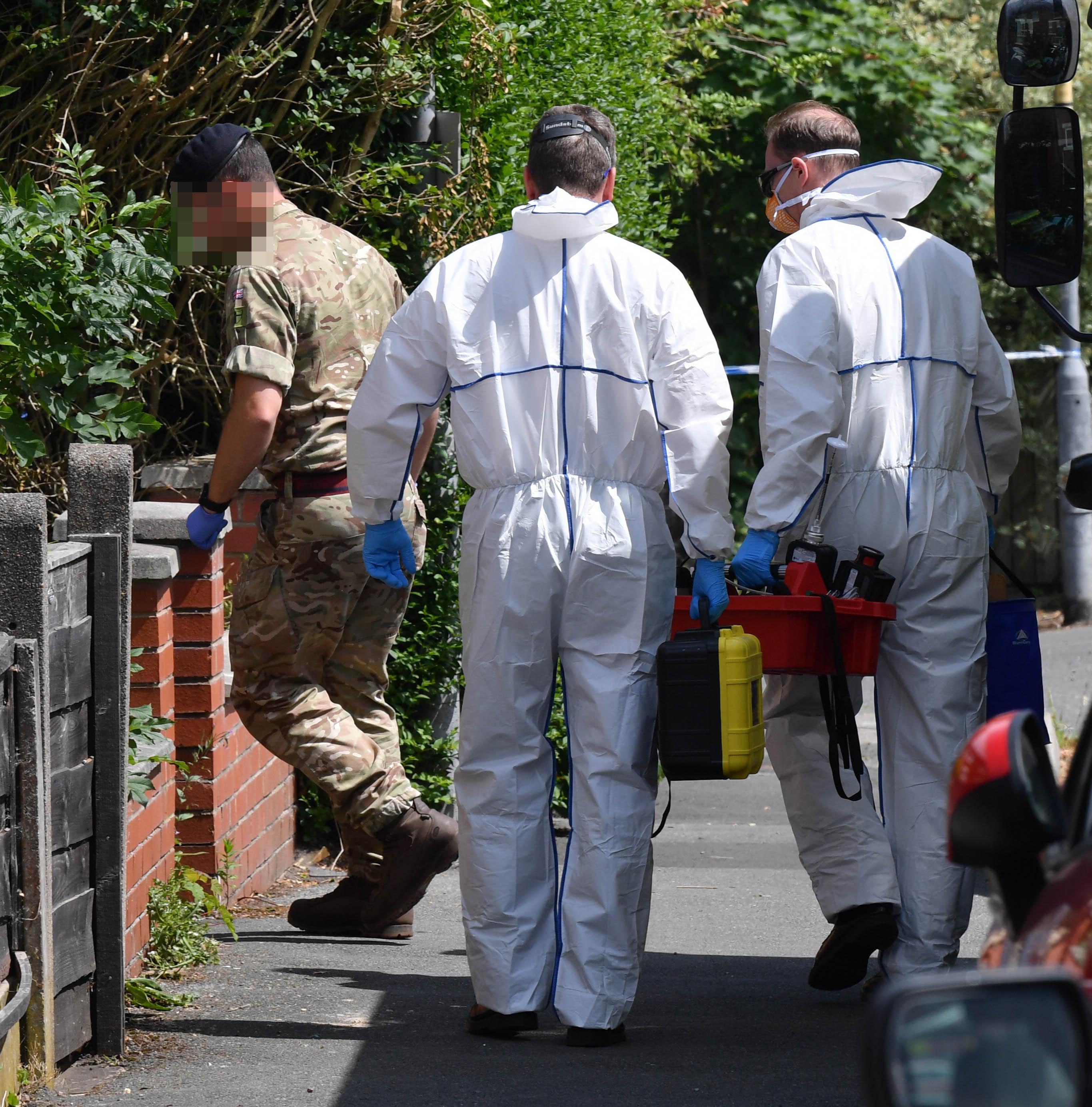 And when police subsequently searched the empty property on June 4 they also found axes, knives and “bear-claw” ninja weapons.

A source said: “The lads hadn’t paid any rent for a few months, so the landlord turned up and had a look around to see if there was any damage.

“They were begging the landlord to let them stay for just two more weeks, then they said they would leave. 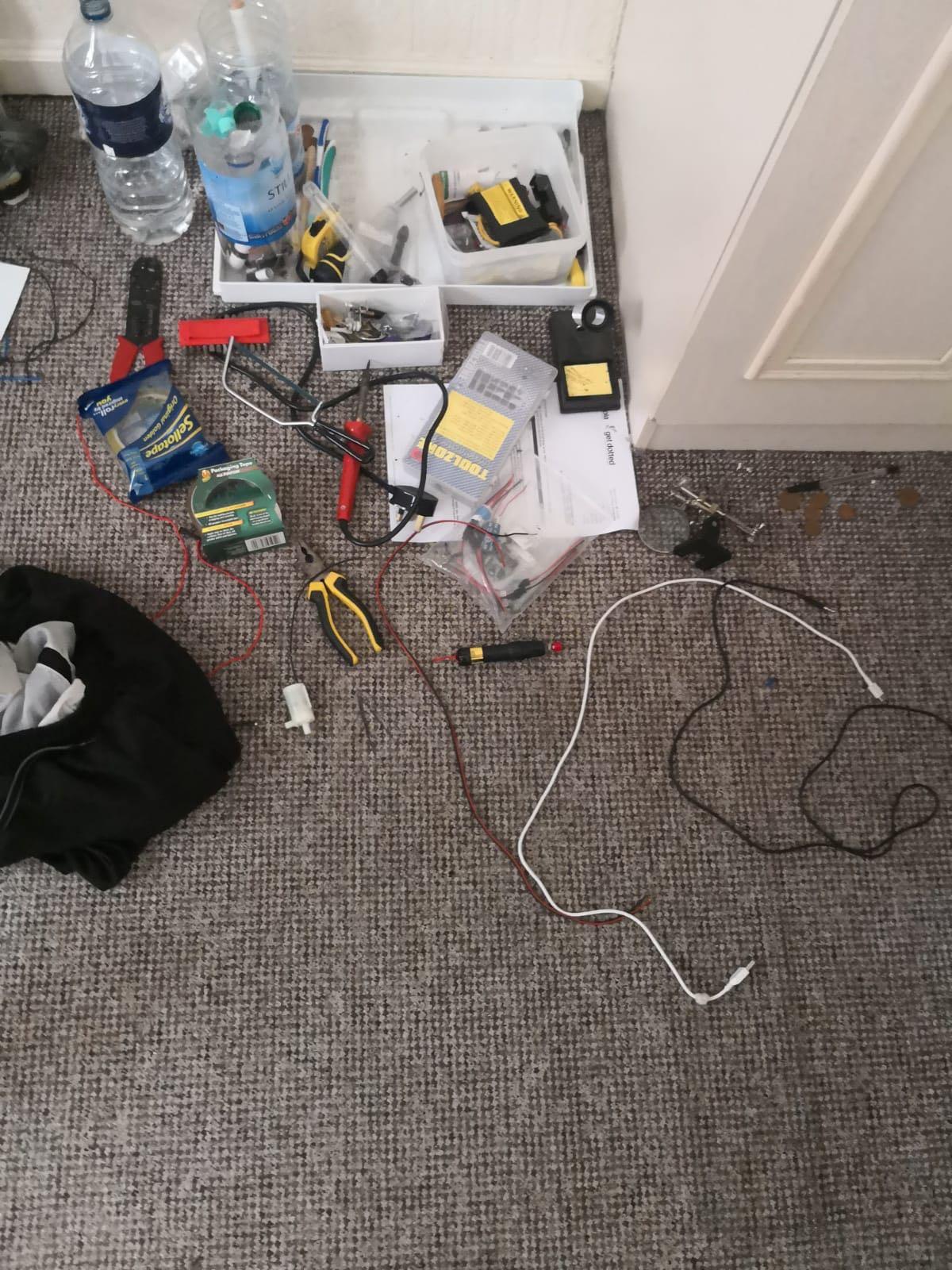 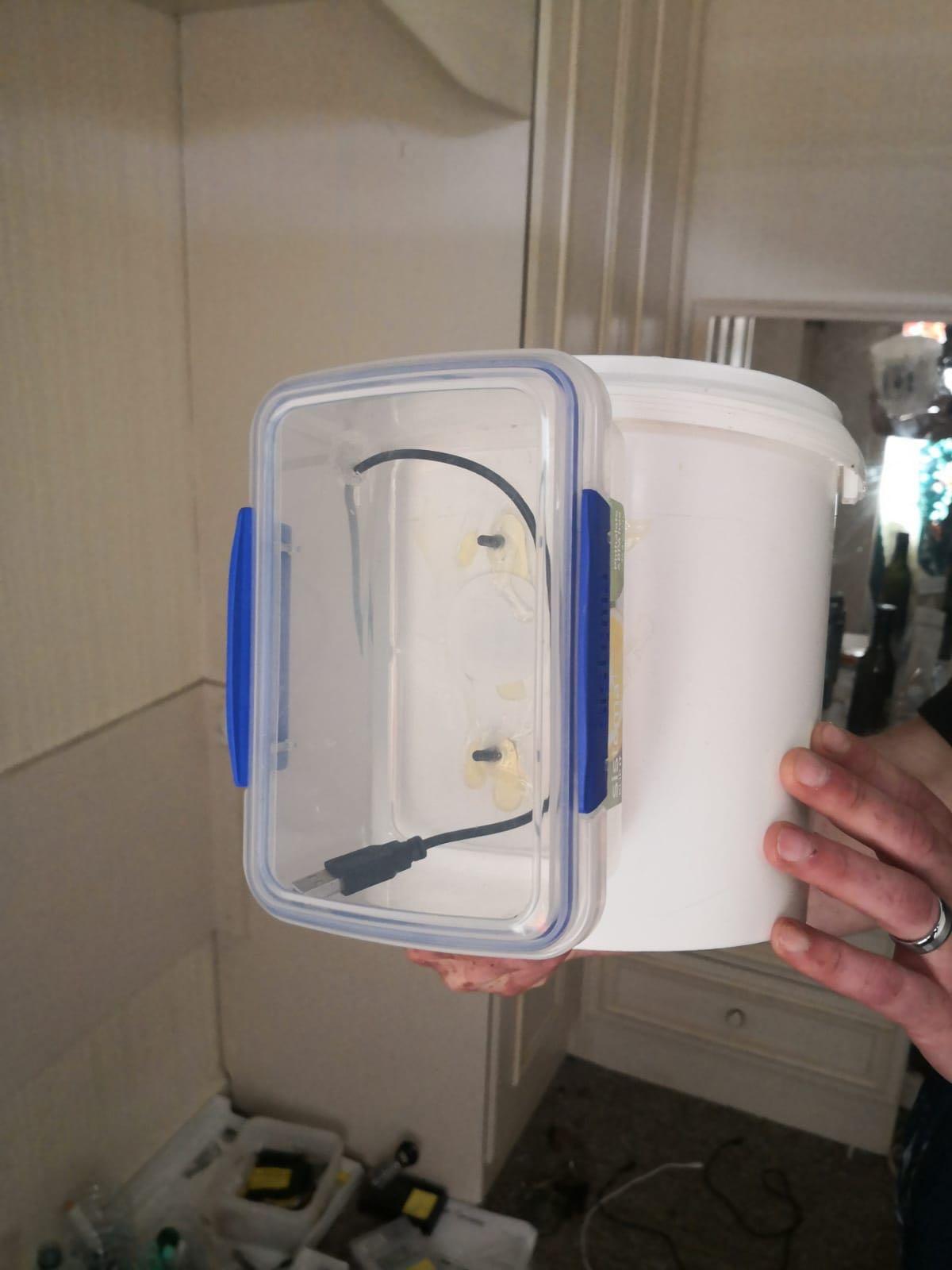 “A few days later the landlord came back, saw what was inside, took some photos on his phone and went straight to the police.

Investigators are working on the theory the plotters wanted to launch a copycat attack along the lines of the Parsons Green attempted bombing.

In March, Iraqi refugee Ahmed Hassan, 18, was convicted of attempted murder after his bucket bomb partially exploded on a tube train at the Underground station in September last year. 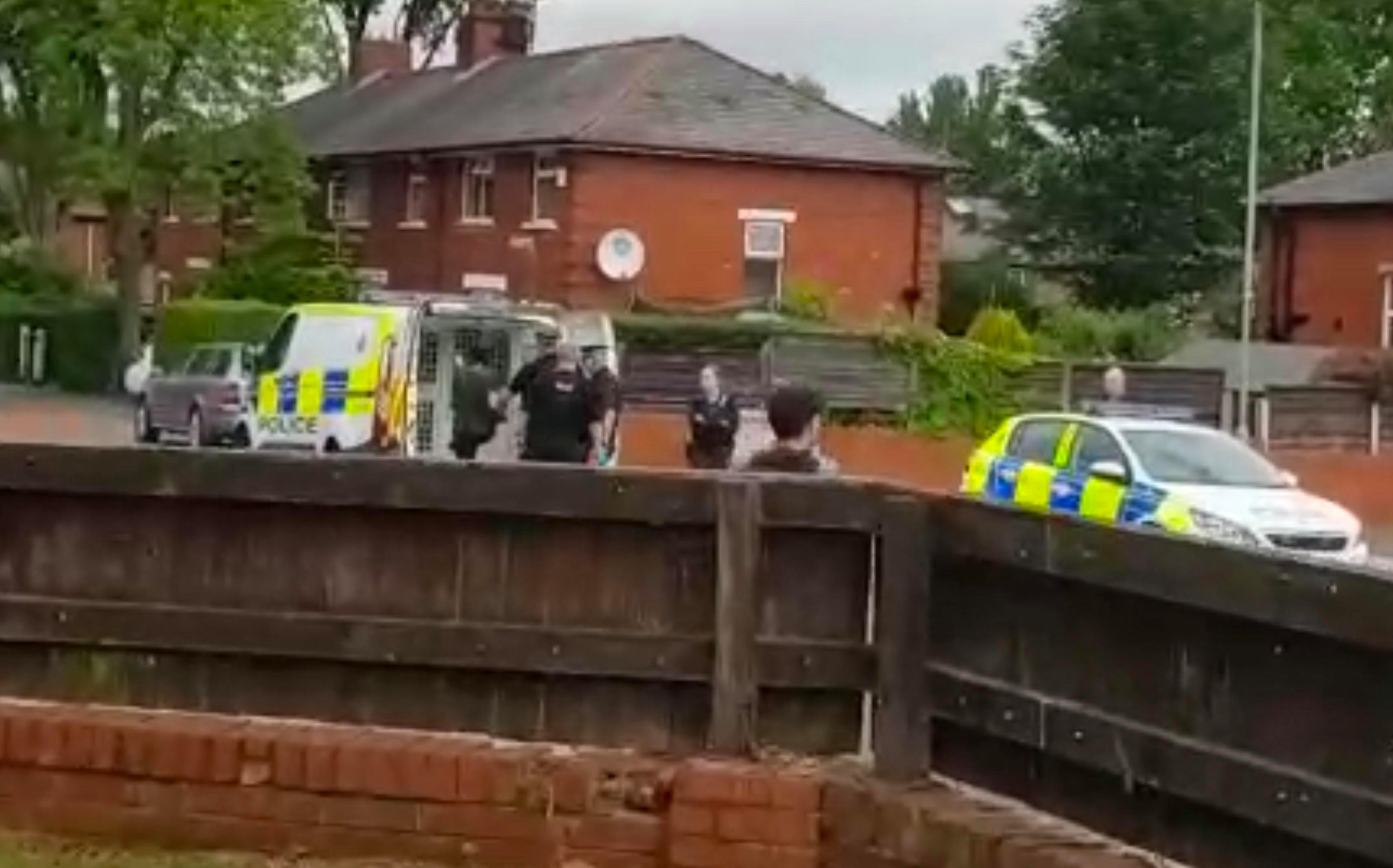 About 50 people were injured in the blast as a fireball swept through the carriage, burning skin, hair and clothing.

It later emerged Hassan had previously told immigration officials he had been groomed by ISIS and “trained to kill”.

Hassan was jailed for life.

Number of arrests is record

This was the most in a year since data collection started in 2001, and an increase of 17 per cent on the previous year.

The rise was partly due to police operations after five attacks in London and Manchester, including the bombing by Salman Abedi, between March and September. There were 52 arrests after those.

Of the 441 arrests: 143 resulted in a charge, of which 114 were terrorism-related offences.