Specialists were called out to after concerned staff noticed a few too many insects buzzing around the roof on September 12. 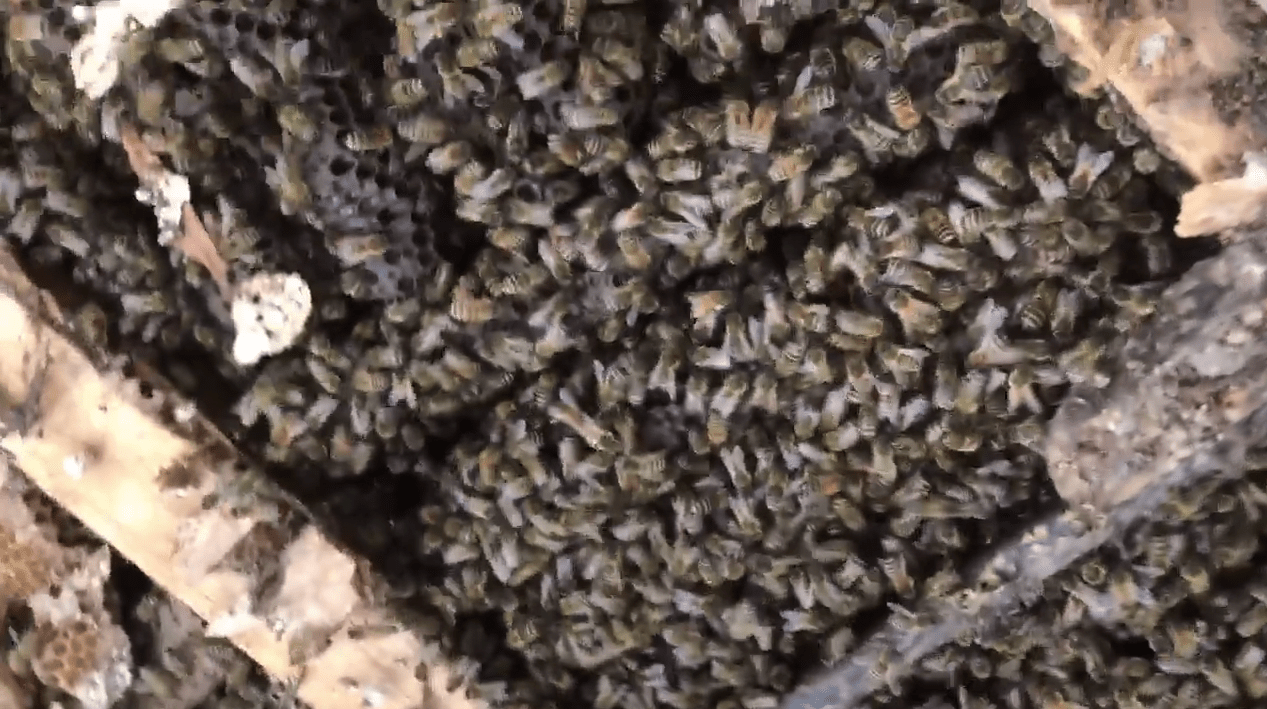 On further inspection, the team made a terrifying discovery: A hive filled with tens of thousands of the critters.

They may have been there for some time, with honey oozing from the gaps between the bricks and plaster.

It took the Tree Bee Society more than 12 hours to remove the colony from the building, Cambridgeshire Live reported.
They were found in the Beechcroft building where many of the hospital's mental health teams are based. 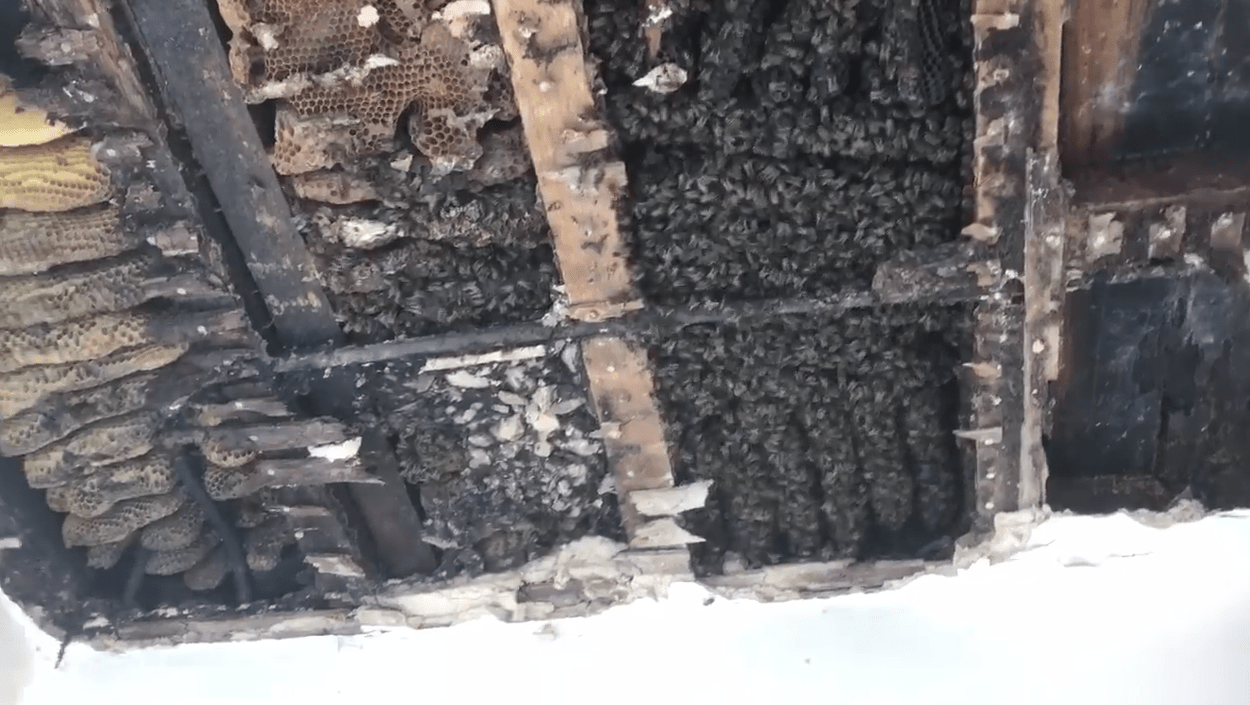 Garry Locke, estates and facilities project manager at the trust which runs the hospital, was pretty shocked.

He said: "We were amazed when we saw how many bees were in the loft space of the porch of Beechcroft.

"We thought there might be a few because staff had reported seeing them flying in and out, but to see the size of the colony was incredible.

"We knew we wanted to move them safely and after speaking with my colleagues from Serco… we decided to call in the Tree Bee Society." 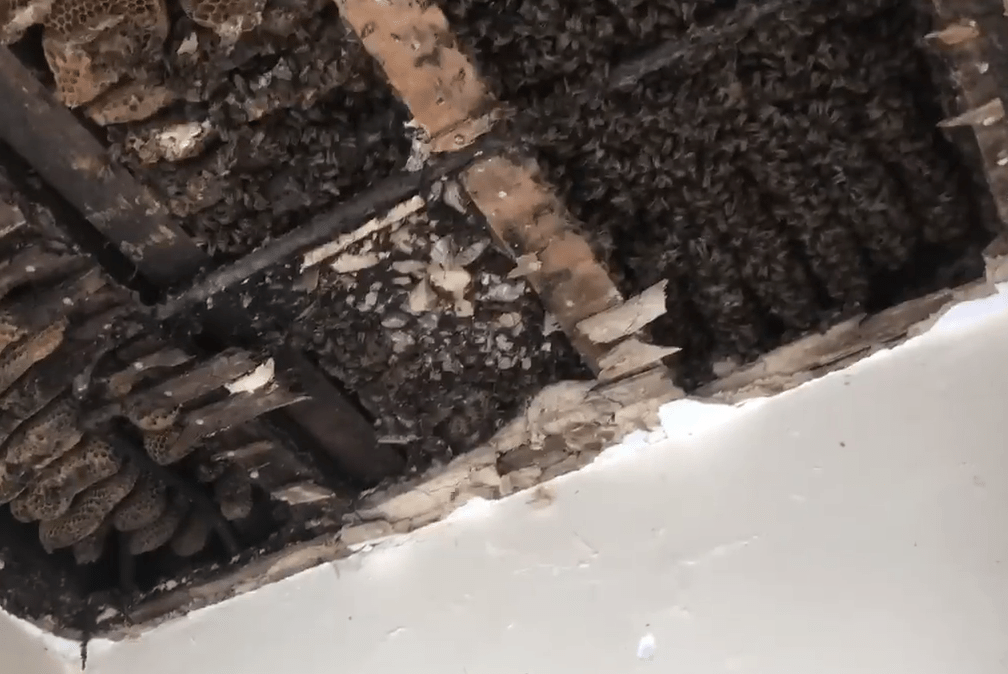 Although many would be terrified of the sight, Garry said seeing all the honey they had made was "amazing".

The Tree Bee Society quickly got to work on painstakingly removing all the insects and the honeycomb.

They were stung several times as they took apart and relocated the beehive which had stood for years.

Its director Abigail Reade "It was a bit of surprise for the staff to know they were working so close to such a large colony.

"Staff had seen a few of the bees entering the roof space of the porch and when we removed a couple of the panels, there they all were.

"They had probably lived there for a number of years, and there was honey everywhere."