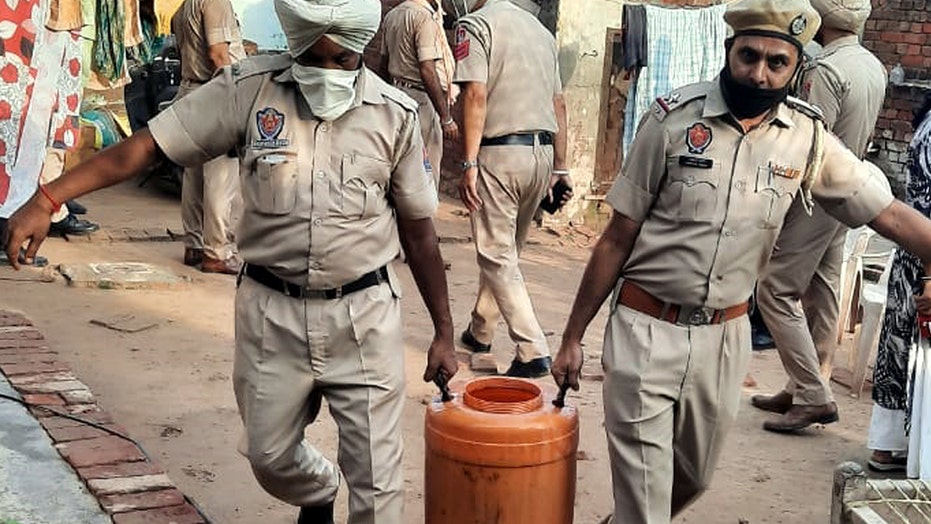 Authorities in northern India carried out over 100 raids on Saturday after dozens have died in recent days due to tainted alcohol, according to officials.

“After I drank it, I was not able to see properly and felt uneasiness,” Tilak Raj told the Times of India.

The police chief for Punjab state, Dinkar Gupta, said the first five deaths were reported on Wednesday night in two villages in the Amritsar district.

Over the past three days, another 48 deaths were reported in Amritsar and two other districts, Tarn Taran and Batala, Officer Roshan Lal told The Associated Press. While police put the death toll at 69, local media reported the number stood at 86. 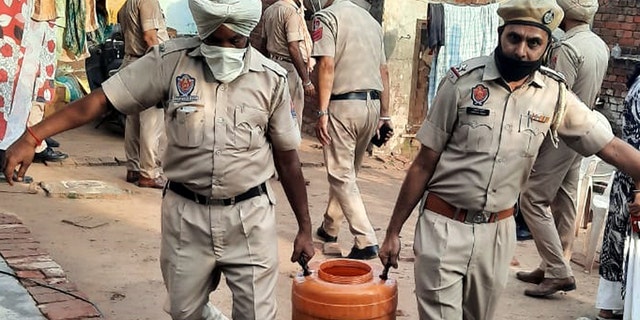 Gupta said Saturday that police have conducted more than 100 raids across three districts in the wake of the deaths, arresting at least 25 people so far.

The chief added the 25 suspects supplied the tainted alcohol to roadside eateries from where it was sold to travelers and the villagers.

A government statement said the deaths were due to “spurious” liquor, and ordered a crackdown on illegal alcohol manufacturing in the state.

A government official told Reuters that some of the seized liquid was a denatured spirit, which is typically used in the paint and hardware industry. 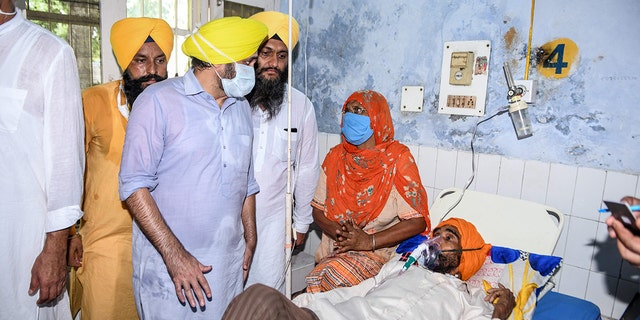 More than 80 people have died and others have been sickened in recent days after drinking toxic bootleg alcohol in the Indian state of Punjab, officials and reports said Saturday.
(Photo by NARINDER NANU/AFP via Getty Images)

In addition to the arrests, six police officers and seven other officials have been suspended for failure to prevent the sale of tainted liquor.

A magistrate has launched an investigation into the deaths in the three districts.

About 30,000 bottles of alcohol have been confiscated in Costa Rica after 19 die from toxic levels of methanol.

Deaths from illegally brewed alcohol are common in India, where the poor cannot afford licensed brands from government-run shops. Illicit liquor is cheap and often spiked with methanol to increase potency.