A TEENAGER hailed as a "ray of sunshine" has died after falling from a motorway bridge onto the M60 in Greater Manchester.

Callum McKenna, 17, died "unexpectedly" on Sunday and thousands has been donated by grieving pals and loved ones of the "talented" actor for his funeral. 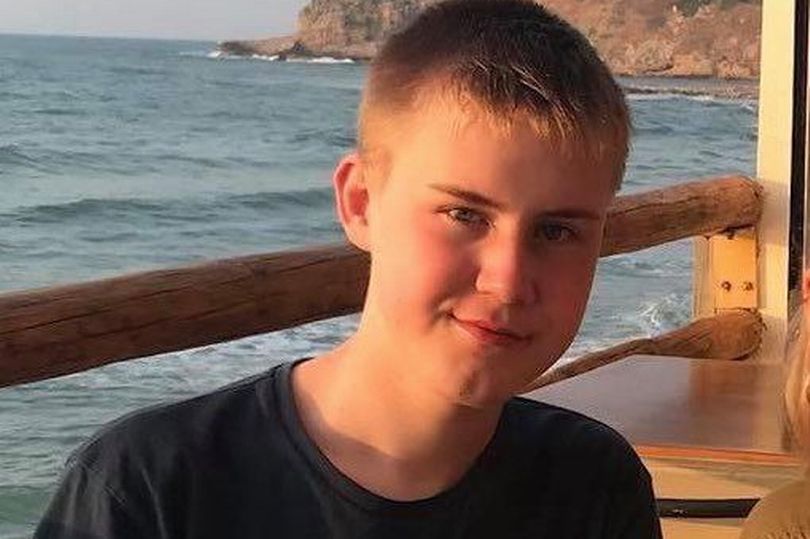 The former Droylsden Academy pupil, from Tameside, has been described as a "bright and funny" teenager who "touched the hearts of everyone".

"I’d like to help his family raise some money towards his funeral costs as he left them unexpectedly," Simon wrote on the page.

"He was the brightest, funniest and most loving boy who deserves the best send off we can give him.

"Rest in Peace Cal, we all love you so much!"

Thomas Evans, who taught Callum science at GCSE level, left a heartfelt tribute to the teen on the page.

"I will always remember him for being such a bright, kind and funny young man," Mr Evans wrote.

"He was a joy to teach and I feel utterly privileged to have known him.

"You'll be missed Callum, I won't forget you."

Emergency services rushed to the scene near Daisy Nook shortly before 3pm on Sunday.

Medics fought to save Callum, but he was pronounced dead despite their best efforts.

There were no suspicious circumstances surrounding the teen's death, Greater Manchester Police confirmed.

Balloons and bunches of flowers have been left at the scene in Callum's memory.

Manchester Theatre Academy (MTA) described former member Callum as "beautiful through and through" in a Facebook post.

"So shocked and saddened to hear the news of the tragic loss of Callum McKenna, a well loved former member of our MTA family – gone too soon," it read.

"He was a ray of sunshine and the life and soul at drama.

"He touched the hearts of everyone and was beautiful through and through – so talented and always brought laughter to the group, with his great comedy skills and quirky characterisation.

"Our hearts go out to his loving family at this heart-breaking time. We feel so lucky to have known Callum and he will be so sadly missed."