TALIBAN fighters have vowed to safeguard a portrait of the Queen left inside the British Embassy in Kabul until the UK recognises jihadis as Afghanistan's leaders.

As Foreign Office staff fled from the Taliban, many items were left in the abandoned compound in the city – including a picture of the Queen and a "hit list" of Afghan workers who helped western forces. 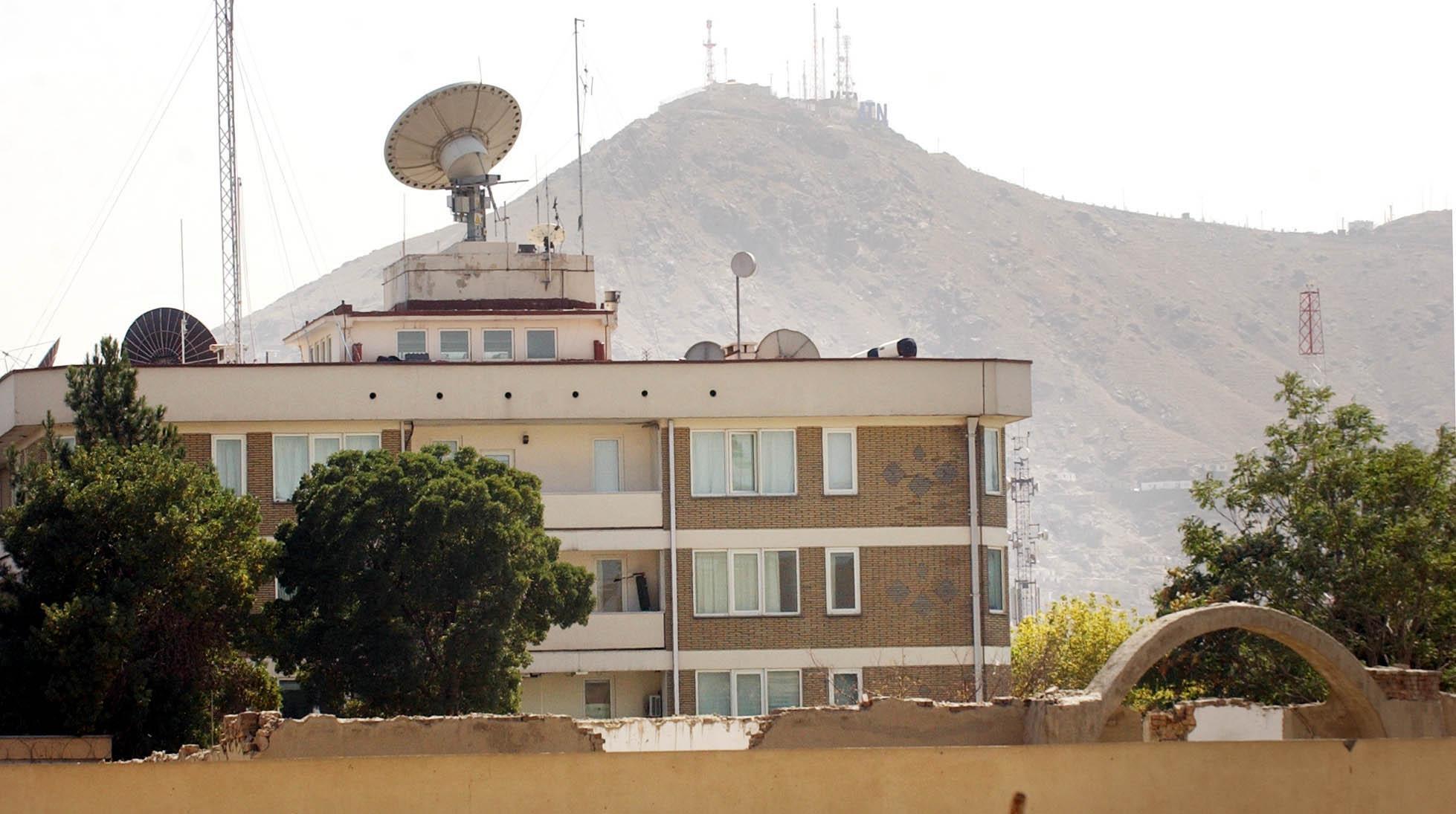 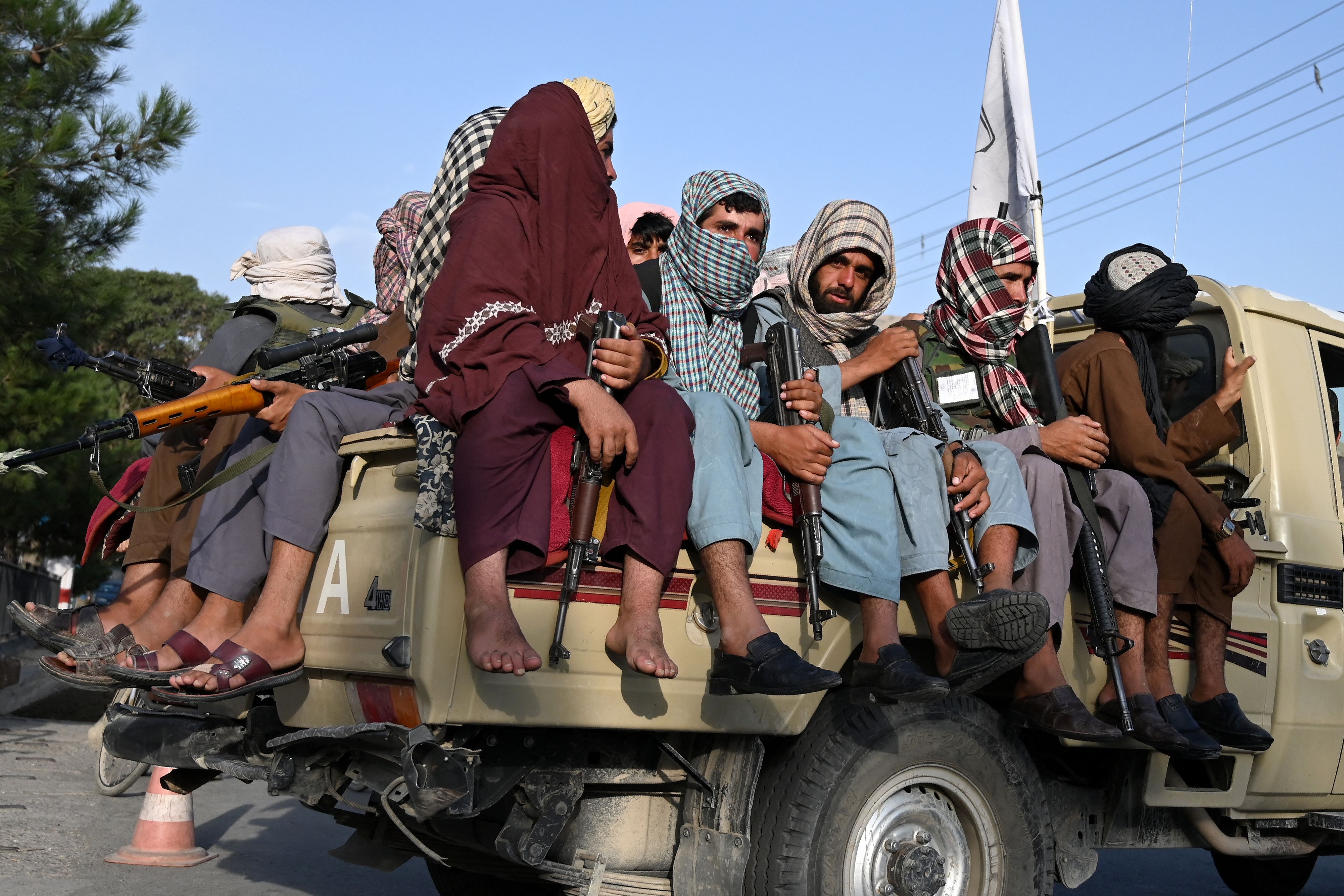 But having taken control of the deserted diplomatic quarter, the Taliban have promised to protect a portrait of the Queen left behind from looters, reports The Times.

Rahimullah Hijrat, the Taliban commander in charge of embassy security, vowed to "safeguard" the picture.

"We are under strict orders that the honour of the Islamic Emirate rests on our ability to safeguard the diplomatic quarter, including the British embassy,” the 31-year-old said, reports the outlet.

"We are preserving security here until the day your diplomats recognise us and return here.

"Until then everything will be kept as it is. If we find a portrait of the Queen then we will safeguard her too. She is your affair not ours.

"When the British come back, as we hope they will, then we expect to be their guards too. Nevertheless, we are surprised to see the panic and speed of the British retreat from this war."

It comes after it was reported British embassy staff left documents containing personal details of Afghan workers scattered in the abandoned building.

Contact details for workers and CVs were seen scattered around the embassy in the Afghan capital by a journalist from The Times during a tour of the deserted building, accompanied by a Taliban patrol.

War correspondent Anthony Loyd said as he looked around the building, he saw documents British diplomats had left behind, with the personal information – including names, addresses and phone numbers – of some of the embassy's Afghan employees on the papers.

Job applications also containing sensitive data were also spotted amongst the rubble in plain sight during the visit on Tuesday.

As he was being escorted by Taliban fighters, Loyd was unable to remove the documents himself, but The Times made calls to the numbers from the papers – revealing some Afghan staff and their families remain stranded in Kabul.

Some personnel and applicants were still waiting to be evacuated, while others were stuck outside the airport perimeter.

Others had been able to evacuate or managed to flee the war-torn country on their own.

Among those left behind were three Afghan workers and eight family members, including five children, who were stranded among crowds unable to reach the British-held sector of the airport, the outlet reported.

Loyd handed over details of missing staff to senior Foreign Office officials stationed atKabul’s Hamid Karzai international airport – with arrangements then made for their evacuation.

But the fate of at least two job applicants for the positions as interpreters remains unknown.

It has raised questions as to whether protocols on destroying sensitive information were followed, with Loyd writing: "It suggests that staff at the British embassy were careless with the lives of Afghan employees in the rush to save their own."

But the Foreign Office has insisted measures were taken to ensure personal details on documents did not fall into the hands of the Taliban.

"During the drawdown of our embassy every effort was made to destroy sensitive material," a spokesperson told The Times.

The Sun Online has contacted the agency for comment.

It comes after Joe Biden appeared to admit that the US may have handed Taliban henchmen a “kill list” to target Afghans who previously helped Americans in the country.

Evacuation efforts are being ramped up as the president’s self-imposed deadline to withdraw all American troops by August 31 inches closer.

Officials reportedly gave militants lists of American citizens, green card holders, and Afghan allies so they could safely enter the perimeter of the airport in Kabul, according to Politico.

The move has angered some lawmakers as one defense official told the outlet: “Basically, they just put all those Afghans on a kill list.”

During Thursday’s press conference, Biden didn’t deny that names may have been handed over to the Taliban.

He said: “There have been occasions when our military has contacted their military counterparts in the Taliban and said this, for example, this bus is coming through with X number of people on it, made up of the following group of people.

“We want you to let that bus or that group through. So yes, there have been occasions like that. To the best of my knowledge, in those cases, the bulk of that has occurred and they have been let through.”

Meanwhile, the President appeared to snap at a reporter and lose his breath in a moment of silence for Kabul airport bombing victims at address to nation.

“I ask that you join me now – in a moment of silence,” a choked-up Biden almost whispered during a press conference to address the nation at the White House.

But Biden became less sombre when he fielded a question from Fox News reporter Peter Doocy.

Doocy prefaced his question that there hadn’t been any US service member killed in combat in Afghanistan since February of 2020.

He then asked the president if he bore “any responsibility for the way things have unfolded",

“But here’s the deal. But you know – I wish you’d say these things – you know as well as I do that the former president made a deal with Taliban to get all American forces out of Afghanistan by May 1.”

At least 13 US troops and dozens of Afghan civilians were killed following a terror attack at Kabul airport.

ISIS claimed responsibility for the attack as the terror group released a picture of one of the suicide bombers Abdul Rehman Al-Loghri.