CNN anchor Jake Tapper grilled White House chief of staff Mark Meadows on Sunday, hours after it was revealed that top aides to Vice President Mike Pence tested positive for the coronavirus, a development that under CDC guidelines would call for Pence, who has been in close contact with them, to go into quarantine. But Pence is continuing to hit the campaign trail.

In a heated interview on “State of the Union,” Meadows insisted that Pence was “essential personnel” and therefore exempt from the guidelines. Pence hosts a Sunday campaign rally in North Carolina and on Monday is hosting one in Minnesota.

At least four aides to Pence, including his chief of staff, Marc Short, have reportedly tested positive for the coronavirus in recent days. According to the New York Times, which cited anonymous sources, Meadows had sought to keep the White House from disclosing the latest outbreak. The news was released late Saturday night. On CNN, Meadows said he was concerned about the privacy of the infected staffers. 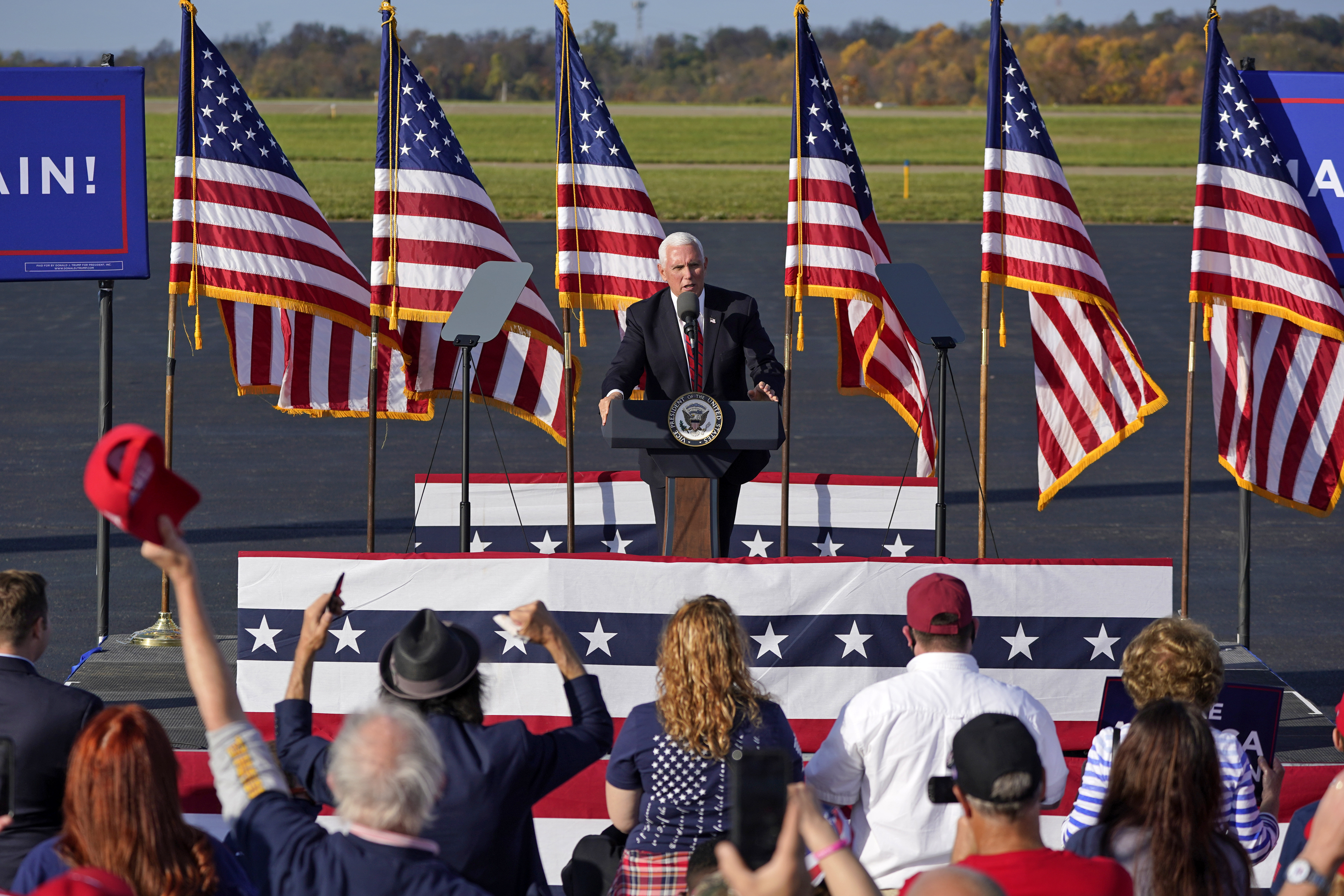 The revelation marks the second round of infections within the White House’s top ranks after many senior officials, including President Trump, who was hospitalized and given treatment for someone with severe symptoms, tested positive earlier this month.

According to the latest tracking data from Johns Hopkins University, about 225,000 Americans have died so far from the virus. But Trump has repeatedly downplayed the danger from the virus ahead of the Nov. 3 election, insisting that the nation has “turned a corner” in the fight.

Friday saw the highest number of new COVID-19 infections in the U.S. since the outbreak began, which Trump, as he has for months, dismissed as an artifact of increased testing. But the percentage of positive tests has been increasing, along with hospitalizations.

Trump has held mass rallies in some of the hardest-hit states, including Wisconsin, where he campaigned Saturday night in Waukesha, and has continued to attack local governments for maintaining lockdown efforts.

On CNN, Meadows admitted the White House was no longer trying to “control” the virus.

“Why aren’t we going to get control of the pandemic?” Tapper pushed back.

“Because it is a contagious virus, just like the flu,” said Meadows. (The flu typically infects more Americans, but coronavirus is far deadlier.)

“Why not make efforts to contain it?” asked Tapper.

“We are making efforts to contain it,” Meadows shot back.

“By running all over the country, not wearing a mask?” Tapper said. “That’s what the vice president is doing.”