The horror accident happened on a railway bridge over the Cais River in the north-eastern Brazilian borough of Castelo do Piaui. 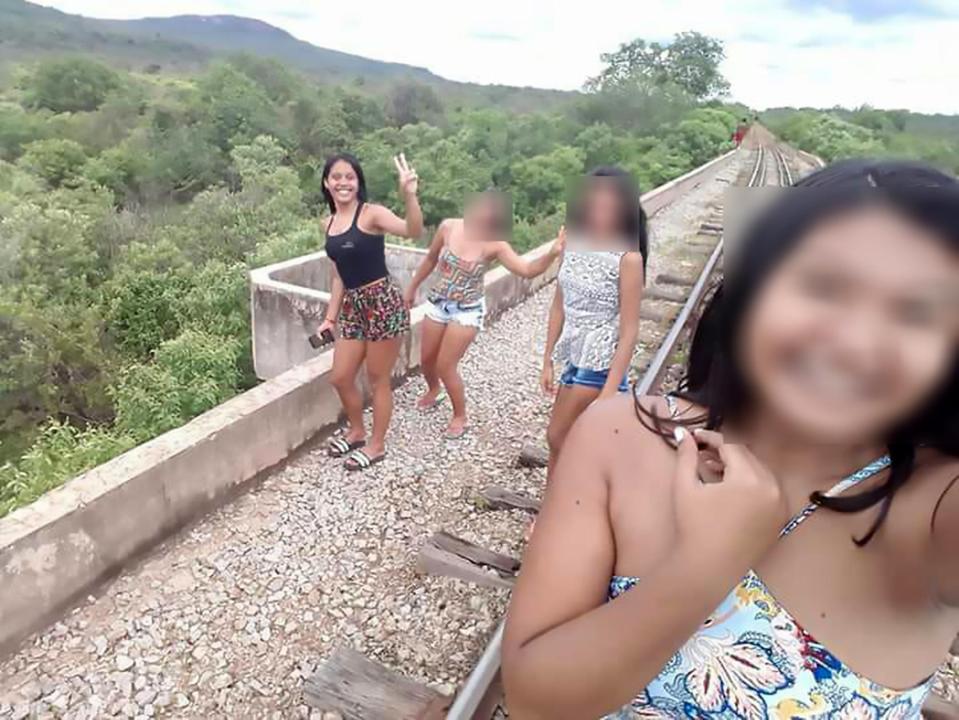 According to reports, the side of the bridge suddenly gave way when the group were taking pictures.

Local authorities released a photo of the three young women alongside a fourth friend that was taken at the scene of the accident the day before.

Policeman Marcelo Freitas told local media: "The bridge passes over the Cais River and is used as a railroad, although it has been in a state of disrepair for some time.

"The young women were taking photos when a section of the bridge came away and they fell to the ground below. F

"ortunately, the trio survived and were rescued by emergency services."

A group of eight people were on the bridge at the time but only three were injured.

They received treatment at a nearby clinic before being transferred by ambulance overnight to the Hospital Teresina.

Two of the girls suffered leg fractures while the third broke her left foot.

Local authorities said the bridge is the responsibility of the federal government and is waiting for a response from the Ministry of Transport.